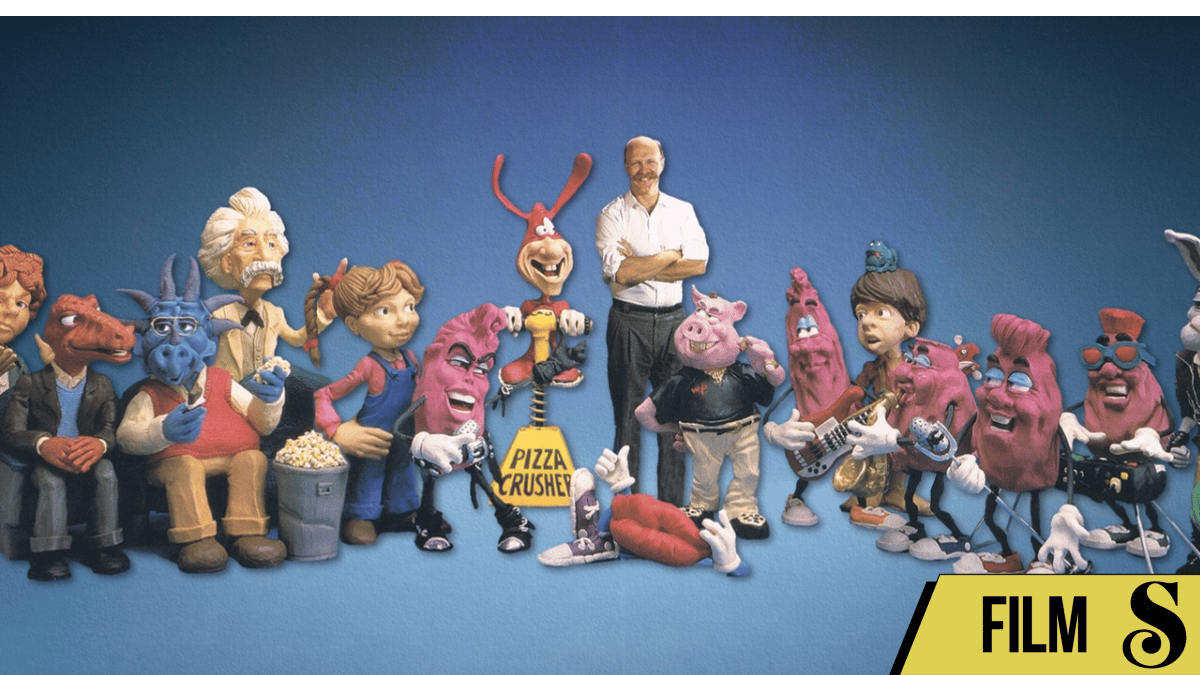 The documentary delivers a well-made case for Will Vinton as an underappreciated titan of animation.

When it comes to legends of the animation industry, we all know the names of Walt Disney, Lotte Reiniger, and Nick Park. But what about Will Vinton? He may not be a household name, but Claydream makes a solid case for him being someone who should be. Vinton left his mark not just on the Claymation figures he designed but also on an entire artform.

Claydream chronicles Vinton’s career as a scrappy outsider. Establishing his art and his eventual studio in Portland, Oregon rather than in Hollywood, Vinton’s Claymation works also eschew the clean-cut perfection of so much mainstream animation. On the contrary, the figures in his works (including, perhaps most famously, the California Raisins) have a distinctly imperfect look to them. There’s an endearingly inventive quality in the designs of these works that suggest how Vinton’s shorts and films are more about imagination rather than replicating reality.

These hallmarks of Vinton’s body of work would take him and his studio, Will Vinton Productions, through a number of ups and downs. Intercut throughout the film is footage from one of those “down” times, as we see Vinton and Nike founder Phil Knight in a legal battle for ownership of Vinton’s studio. These segments provide a somber contrast to the joyous creativity that defines this animator’s early career. They also leave you pondering just how exactly everything went so awry so badly.

Structuring Claydream in this manner has its perks, but it does reflect the biggest drawback with this production. Namely, Evans compresses a lot of time (roughly four decades’ worth of history) into one 96-minute feature. As one can imagine, this leaves certain corners of the piece less explored than others. Brief digressions into Vinton’s home life, for instance, come and go before they can leave much of an impact. Plans for Vinton’s answer to Disneyland, including the eventual shelving of those ambitions, are similarly seen only fleetingly.

Still, at least one can say that Claydream is guilty of leaving the viewer wanting even more. The tale of Vinton is an understandably compelling one just from the fact that he, of all people, is working in the field of stop-motion. The meticulous and time-consuming nature of this artform makes it a wonder anyone even goes into it in the first place. Yet, here comes Vinton, with that persistent grin and a mustache lifted from Mr. Monopoly. He’s like a cartoon character who dropped into the real world working in a medium that should try any man’s patience.

The dissonance there alone grabs your attention while the frankness in the interview segments maintains it. Decades removed from their time working under Will Vinton, an assortment of animators and voice talent can offer up their frank assessments of what it was like working here. Their nuanced takes lend interesting insight into Vinton, chiefly in how even his closest allies never really knew the guy 100%. But the apparent joy in other anecdotes paints an endearing picture of artists who had found their wacky animation haven under Vinton’s creatively flexible leadership.

This level of candor is also applied to the saga of Bob Gardiner, Vinton’s collaborator on their Oscar-winning short Closed Mondays. The two went their separate ways after that, with Gardiner eventually becoming angry at Vinton for what he perceived as cheating him out of a career in animation. This whole saga plays out as a tragedy-laden storyline playing opposite Vinton’s pursuits trying to make it in the film industry.

He may not be a household name, but Claydream makes a solid case for him being someone who should be.

Thankfully, Claydream treats Gardiner as a complex human being rather than just a cartoonish antagonist for its central subject. In a wise move, Gardiner’s daughter is interviewed for several scenes, where she paints a complicated but loving portrait of her father. Present-day interviews with Vinton on the topic also provide a detailed depiction of Gardiner, particularly when it looks like Vinton is getting choked up about him. The handling of this figure in Vinton’s life is delicate but insightful. It’s a fitting representation of the kind of thoughtful filmmaking that defines this documentary.

Filmmaker Marq Evans shows a welcome sense of restraint in chronicling this broken-up partnership as well as the rest of Claydream. This includes establishing the movie in a manner reminiscent of Don Hahn’s documentaries, where the audience only hears interview subjects but never sees them. That audio is played against home video footage of Vinton as well as clips from his Claymation works. Though eventually Vinton and others are seen when they speak, starting Claydream in this manner allows for Evans to emphasize important visual details from Vinton’s life.

Evans’ subdued qualities also inform one of the most humorous moments of the film, where the audience gets to see a profanity-laden clip from a rap music video starring Phil Knight’s son Travis Knight (future LAIKA head and director of films like Kubo & the Two Strings). The sudden presence of a guy just vehemently rapping about his genitals feels like a bolt out of the blue in a movie that’s kept things so low-key. There’s an amusing sense of juxtaposition here, but it also effectively reflects just how much of an intrusion on Vinton’s life Phil and Travis Knight were.

Though many viewers may walk into Claydream not knowing Will Venton from Ray Harryhausen, the emotionally affecting nature of this production will sear him into your brain. The movie may be too crowded and a bit standard in its filmmaking, but it paints a portrait of its main subject’s life engaging enough to appeal to general audiences in addition to animation buffs.  Maybe Will Vinton isn’t someone you automatically think of as a legend in the world of cartoons but Claydream makes a compelling case that you should.