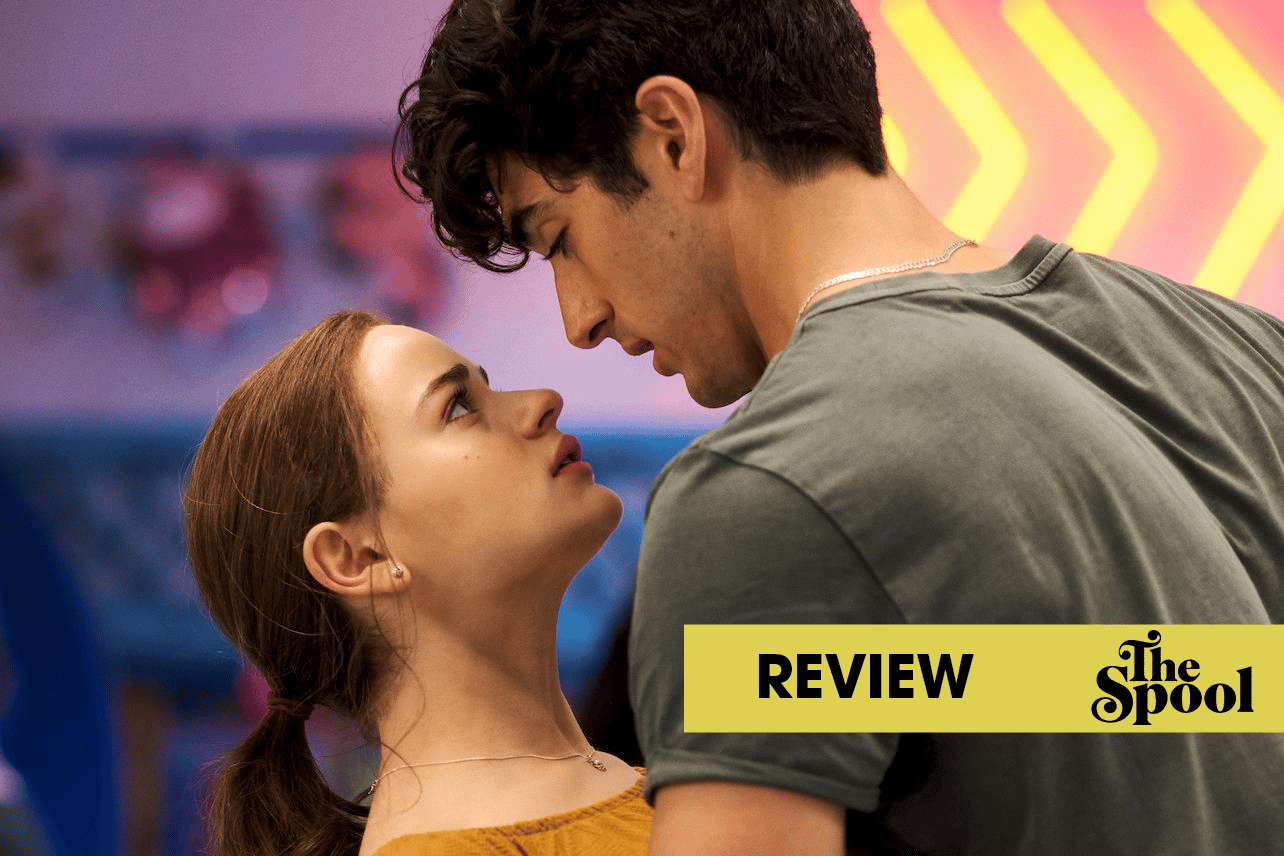 Netflix’s 2018 sleeper hit The Kissing Booth might have been Gen Z’s answer to John Hughes, for better or for worse. There was a certain charm to the somewhat generic story of a young woman falling for her best friend’s hunky older brother, but there were deep, irredeemable issues that The Kissing Booth never quite rose above. Director Vince Marcello tries to course-correct in the second installment, The Kissing Booth 2, to mixed results.

After spending the summer shacking up in the land without parents, high school senior Elle (Joey King) bids farewell to her boyfriend, reformed rage monster Noah (Jacob Elordi) who is beginning his freshman year at Harvard. With Noah on the other side of the country, lonely Elle spends an inordinate amount of time with her best friend, Noah’s younger brother Lee (Joel Courtney) and Lee’s girlfriend Rachel (Meganne Young).

The usual long-distance relationship woes ensue. Elle is making new friends in the form of new student/beefcake Marco (Taylor Zakhar Perez), who seems to have all of the confidence of Noah, with none of the anger issues. Meanwhile Noah grows close to fellow student Chloe (Maisie Richardson-Sellers), who has an air of confidence and cool that no 18 year old has ever possessed.

While the plot is predictable and easy enough to watch (a lot of the issues taken with the first movie seemed to have been addressed in this sequel) there were a few moments of genuine surprise, like the ridiculousness that is the “Dance Dance Mania” competition, a gay love story that felt a bit tacked on but was nevertheless emotionally satisfying, and a Thanksgiving dinner uncomfortable enough to make viewers squirm. If there are weaknesses to be found in The Kissing Booth 2, they would be Lee’s thoughtless bungling of his relationship with Rachel, and the egregious 130 minute runtime.

If there are weaknesses to be found in The Kissing Booth 2, they would be Lee’s thoughtless bungling of his relationship with Rachel, and the egregious 130 minute runtime.

What’s refreshing about these films is that they make no bones about the lives that young people lead. They drink beer at the beach! They have fake ID’s and real sex! They join video game competitions to pay for college! Okay, maybe that last one is Hollywood embellishment, but it’s nice to see a teen romcom that never attempts to talk down to its audience OR try to be something it isn’t. It’s not John Hughes, despite the presence of Molly Ringwald, who is now the mom of two large adult sons. Nor does it attempt a love triangle between Elle and the Flynn brothers. In fact, the best statement The Kissing Booth franchise makes is that men and women can have real, lasting friendships with one another without any whiff of romantic intrigue.

On the flip side of that, we see that same-sex friendships can come with their own unique strains, as Elle finds herself learning how to get along with both Heather and Chloe, but Marcello and writer Jay S. Arnold wisely never have the claws come out between the girls. How far we’ve come from Benny telling Andie to eat shit in Pretty In Pink.

Inoffensive and breezy though The Kissing Booth 2 may be, there is little justification for this movie to be as long as it is, and certain plot points are stretched out painfully in order to fill runtime. For those wondering how many “Dance Dance Mania” scenes they’ll have to endure, the answer is a resounding too many. Then there’s the additional weirdness of watching people kissing multiple strangers in the time of coronavirus, which feels so out of touch with our present reality it’s a little hard to watch. The film’s ending is left ambiguous enough to allow for a third installment, hopefully without trying to shoehorn in another kissing booth sequence.

The Kissing Booth 2 is now available on Netflix 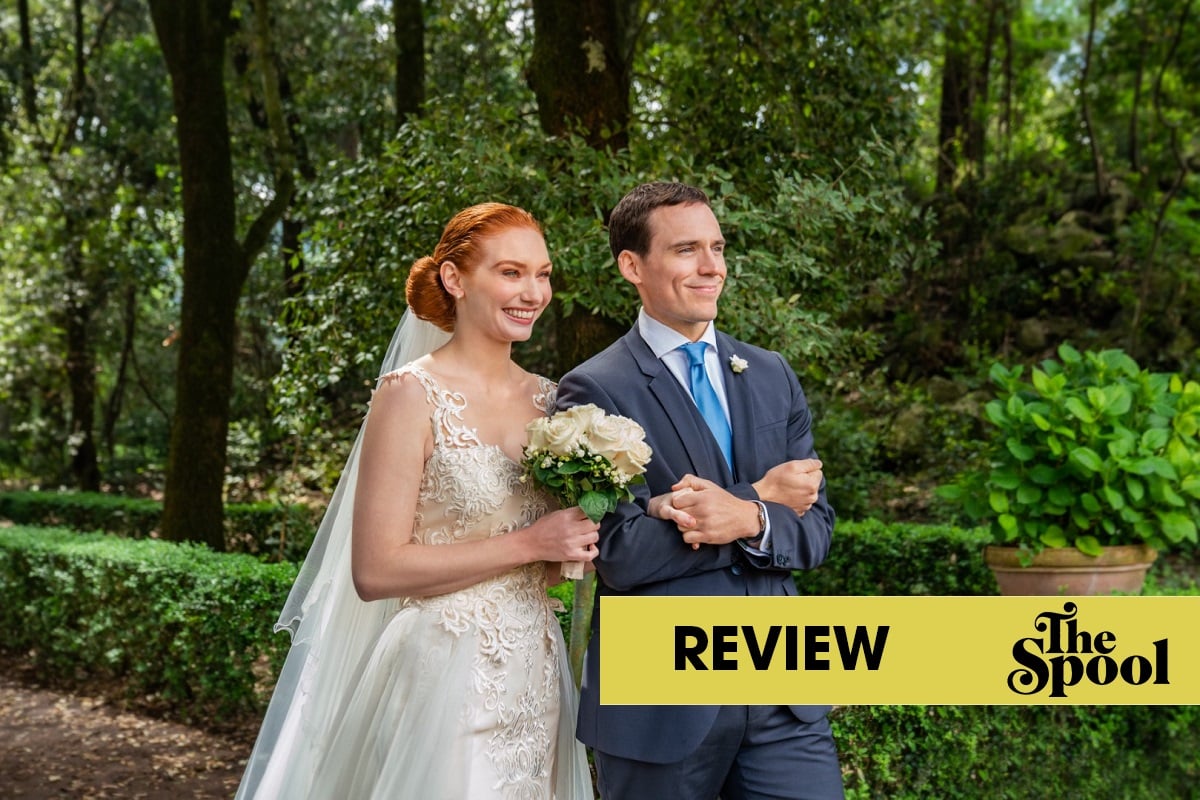 Netflix's latest rom-com is a cheeky flight of English fancy as thin as gossamer. 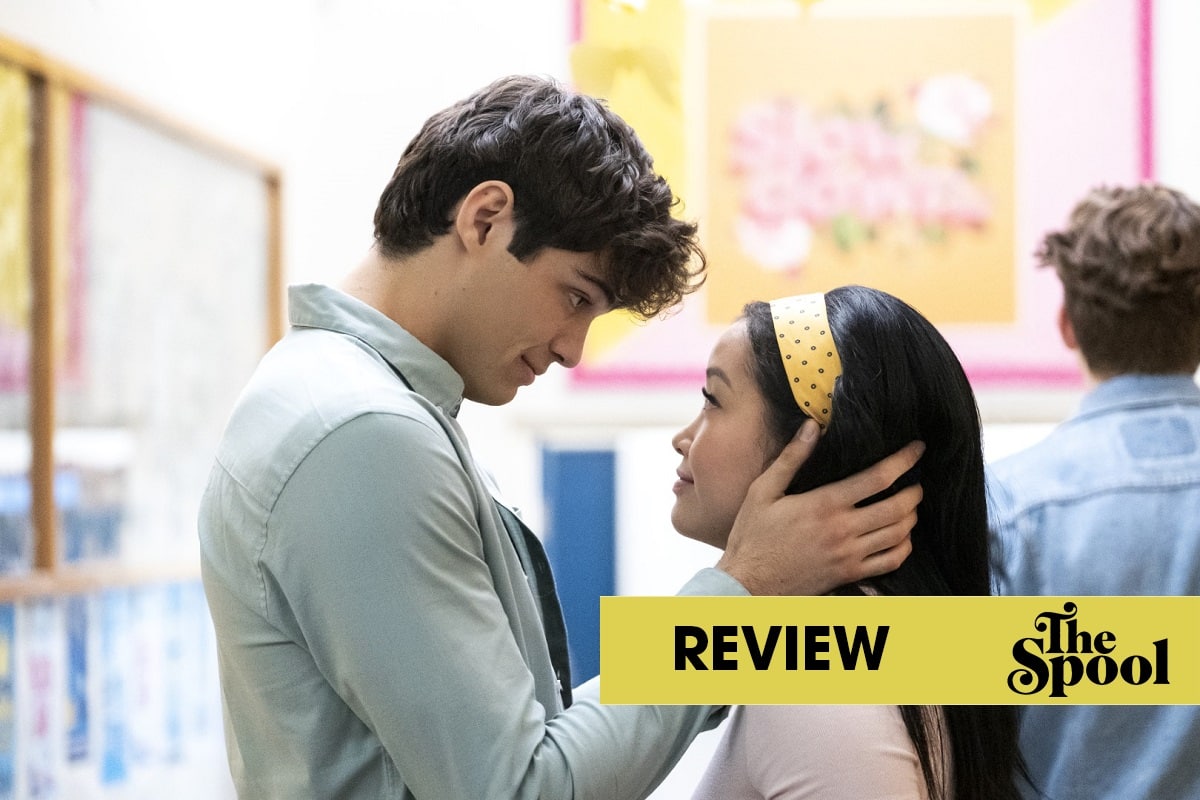 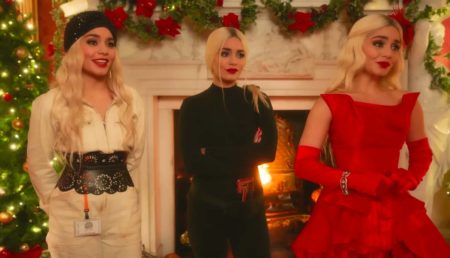 Netflix rings in the holiday season with another sequel to its hit fantasy series that's sillier & fluffier than ever.