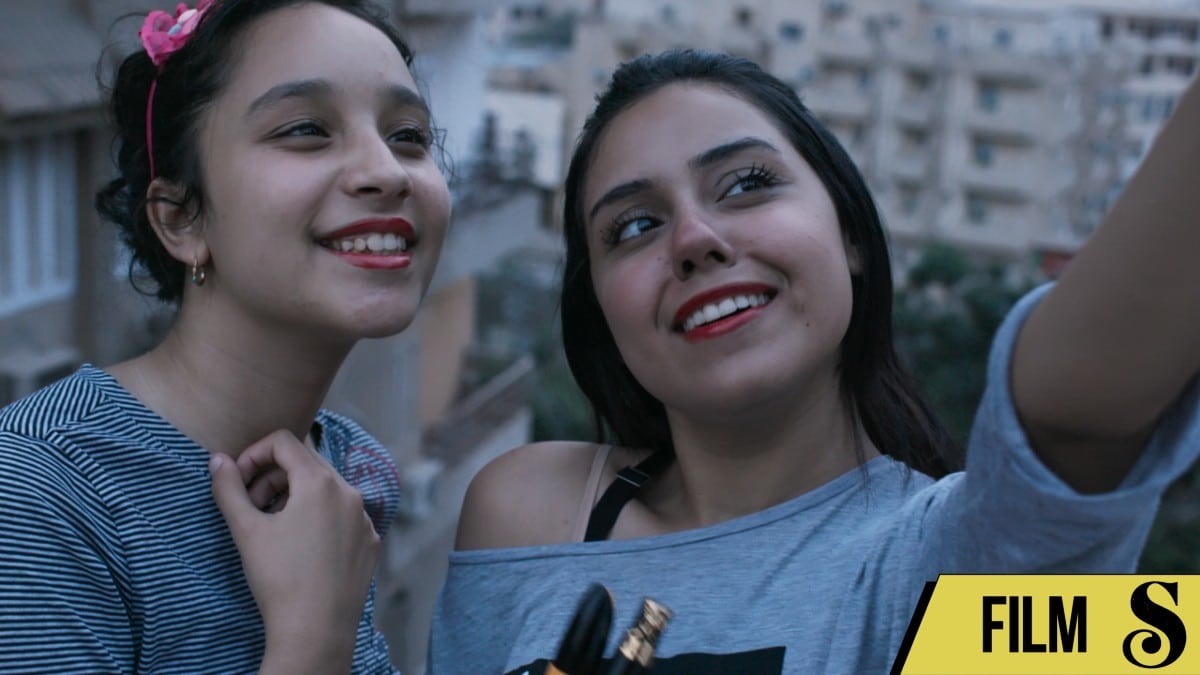 Ayten Amin’s intimate drama makes good use out of excellent performances and blocking.

The best scene in Souad is when the titular lead (played by Bassant Ahmed) and her sister Rabab (Basmala Elghaiesh) try on makeup and take selfies on top of a roof. The forbidden nature of their activities adds a cloud of danger to their actions, but the primary emotion in this scene is joy. Souad especially revels in the opportunity to put on vibrant lipstick and pursue what she wants. Director Ayten Amin keeps the camera close to both of these girls to create an intimate atmosphere. The quiet but no less powerful joy felt here is beautifully realized.

It’s one of several spots in Souad where Amin makes the internal emotions of her characters so thoughtfully realized on-screen. Such moments come in a plot that’s divided up into three sections, each of them named after a principal character in the film. First is Souad, which focuses on this girl juggling her ambitions with the restrictive desires of her parents. Then there’s Rabab, which chronicles her coming to terms with a family tragedy. Finally, there’s Ahmed (Hussein Ghanem), which follows an encounter between Rabab and the titular social media star that Souad has a crush on.

If there’s a complaint to be had with this plot structure, it’s that the Ahmed story can’t help but feel less engaging than the previous two segments of the production. This stretch of Souad is far from bad, but it just can’t help but feel lesser-than coming on the heels of two exceptionally well-made segments. The sections dedicated to Souad and Rabab are all about immersing audiences in the world of these girls, whereas the characters are kept more at arm’s length in the Ahmed segment. The dissonance is intentional for sure, but it doesn’t quite result in something that’s on par with what’s come before it.

Even in these Ahmed sequences, though, screenwriters Amin and Mahmoud Ezzat dig up absolute gold in terms of character-based drama. The reflections of how much of an influence Souad has had on Rabab as a sister, for example, are extremely touching. Plus, that killer final shot speaks volumes about the film’s approach to gender without even a hint of dialogue. A flawed but still intriguing segment, though, was the biggest gripe I had with Souad, which is otherwise an excellently rendered production.

Much of that has to do with Amin’s sense of blocking. Like Chantal Akerman before her, Amin knows how to use subtle staging to powerfully articulate the plight of women. This is made apparent from the get-go through an early scene where a crestfallen Souad lingers in the kitchen in the foreground while her controlling father sits, partially obscured, in the background. The empty space in this frame hauntingly captures the amount of distance felt between this character and her loved ones. This single image functions as a visual thesis establishing what kind of emotions Souad will explore and the perspectives it’ll emphasize.

The sharply detailed approach to visuals extends to the thoughtful decision to frame many scenes of Souad finding personal fulfillment at night. Away from her parents, Souad contacts a boy she likes and engages in other forms of rebellious behavior. The only light in this scene emanates from Souad’s phone screen and her soul. The grim lighting somberly emphasizes how, even when she’s able to express herself, this character must keep her guard up. Any minute, her parents could stumble on her and ruin her life. It’s a fascinating rendering of youthful freedom that gets much of its complexity from simply by choosing to keep the lights off.

Like Chantal Akerman before her, Amin knows how to use subtle staging to powerfully articulate the plight of women.

Complex is a good word to utilize when describing how Souad approaches systemically ingrained gender roles and how they impact women. There’s a sense of nuance in the depictions of how and where these constricting norms can fester. A scene where Souad dubs her friend “a whore” as a distraction upon discovering that her sister knows her secret crush is a great example of this. Even the film’s protagonist is guilty of reinforcing the ideas of what defines a “good” or “bad” woman in times of crisis. Embracing, rather than running away from, this intimacy serves the entire project well.

This especially true of the cast, which outright flourishes with all the extra dimensions to work with. Even in the middle of an all-around superb cast, though, Basmala Elghaiesh manages to stand out as particularly exemplary. She’s got so many different emotions and roles to inhabit in this movie, especially in her transition from supporting character to protagonist across the first two segments of Souad. She manages to juggle those responsibilities while never missing a beat in making Rabab a consistently engaging character.

Best of all in Elghaiesh’s performance is her impressive chemistry with Ahmed. The warmth the two share shows a level of solidarity and compassion that’s extra appreciated in a movie this appropriately harrowing. You don’t need to hear about or see that these two characters have been through so much together, the rapport between Elghaiesh and Ahmed sells that idea instantly. That rooftop makeup scene is an especially good showcase for how well they interact with one another as well as the kind of thoughtful and intimate qualities that define Souad.