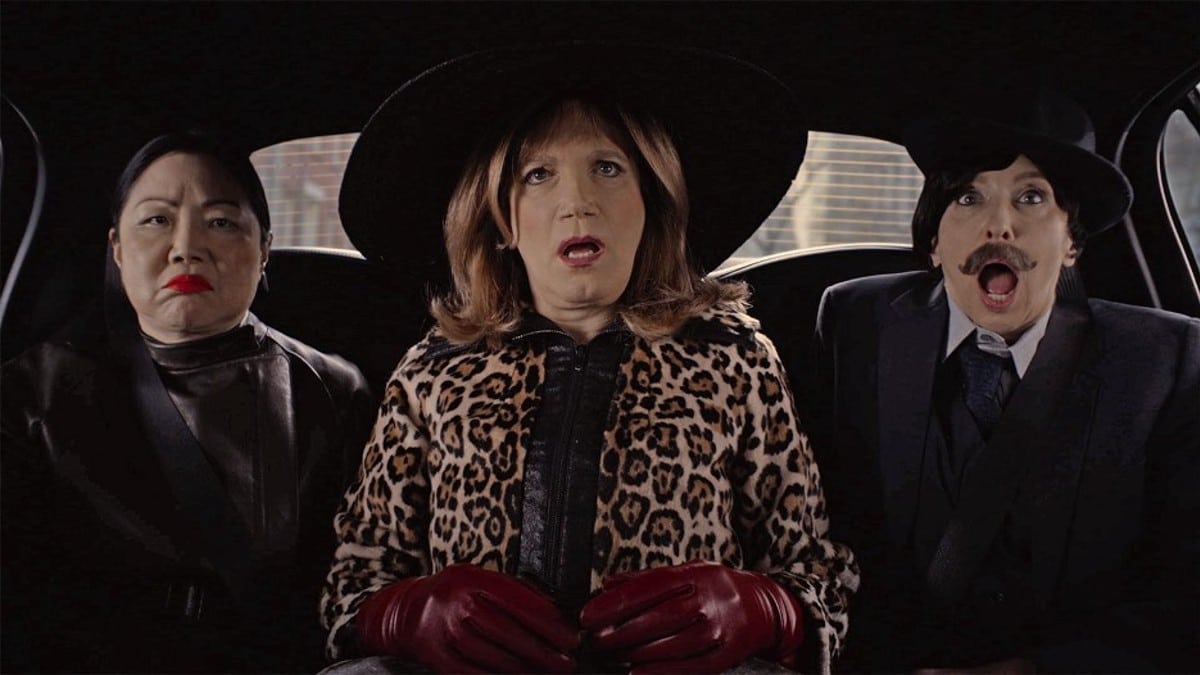 Charles Busch writes, directs, and stars in a delightful, frantic, thoughtful picture about the hunt for a lost film.

What to do with one’s final reel? Legendary drag performer Charles Busch and longtime collaborator Carl Andress have made a picture that brings heart and humor to issues of restoration and romance. The Sixth Reel is a loving ode to old movies, their material remains, the necessity of their preservation. It’s also a gentle rhapsody about growing older and facing the final act of one’s life.

The Sixth Reel follows Jimmy Nichols (Busch), a middling movie ephemera dealer with a reputation for conveniently looking after elderly collectors just before their quite timely deaths. When his latest ward, Gerald, a renowned film historian, dies with both a sizable collection and whispers of a long-lost film in his possession, Jimmy thinks he’s hit the jackpot.

But when Gerald’s niece Helen (Julie Halston) comes to take charge of his estate, things get a little more complicated for Jimmy. Soon and hilariously, other eccentric collectors (Andre De Shields, Doug Plaut, Heather MacRae, Dee Hoty and, Richard Bekins) start sniffing around, looking for the lost film. To keep the treasure from falling into the right hands, Jimmy must team up with his arch-nemesis Doris (Margaret Cho).

Fans of Busch will instantly recognize his movie obsession. In The Sixth Reel he plays a sort-of version of himself, his life largely expressed through film quotes and trivia. He brings his usual wry and Wildean humor to the script, his performance, and his directorial choices.

A longtime collaborator with Busch, Julie Halston astounds as Helen. Her comedic sense of timing is matched by the depth she brings to a lonely woman suddenly swept up into a bizarre world she knows little about. She plays wonderfully off her old friend and even manages to out theatrical him at times, like when the pair end up in drag as part of a ruse. It’s campy and performative and everyone is having a ball.

The Sixth Reel is a delightful little treat of a mystery that’s more about the characters than the treasure, but as it closes, the subtle and poetic links between Jimmy and the reel of film become clear. Both are delicate, even fragile, and near an end. The titular sixth reel is the last ten minutes of a supposed long-lost Lon Chaney picture; Jimmy is facing the end of his life. The question facing both man and film is this: do they want to get tucked away forever or continue to play for the public, even if for small audiences?

The Sixth Reel’s ending is wonderfully restorative. Jimmy, Helen, and the motley crew of movie aficionados are happy with their decision. Film culture and legacy remain intact and important for future generations. And most importantly, through Jimmy, we get a restoration of hope, a hope for a happy ending, and a warm reminder that there’s nothing wrong with romance coming in during the final act.