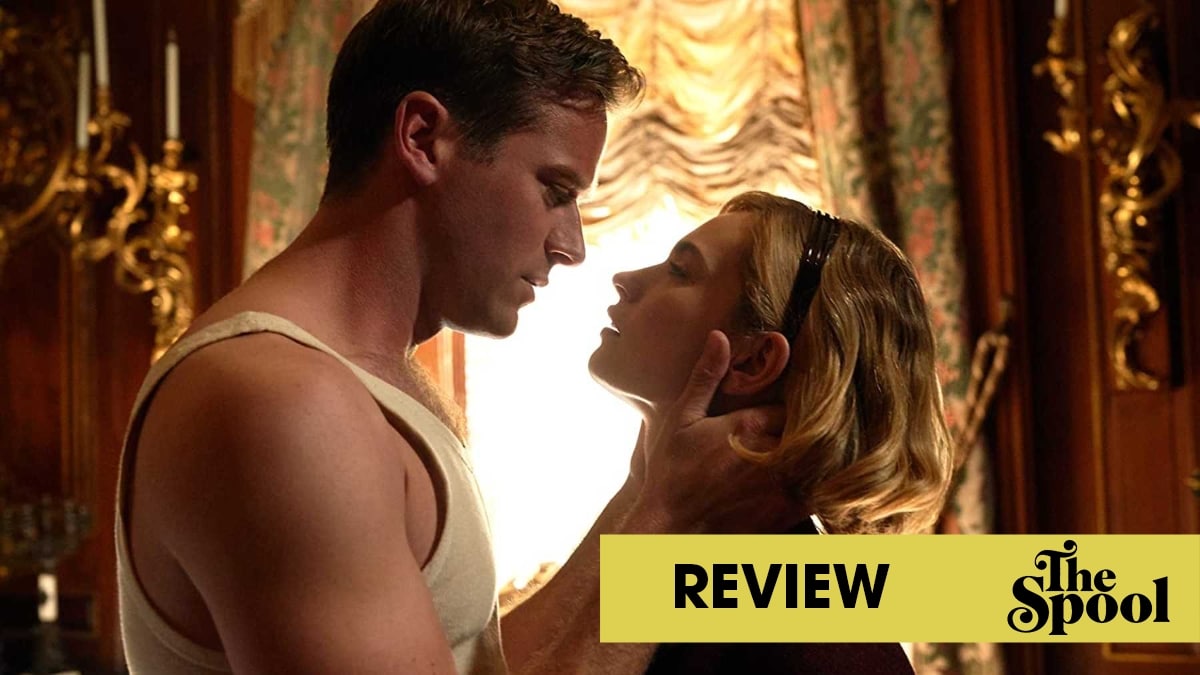 There will undoubtedly be a lot of complaints about Ben Wheatley’s take on Daphne du Maurier’s 1935 masterpiece of gothic fiction, Rebecca, especially when such a definitive version already exists in Alfred Hitchcock’s 1940 film of the same title. While it is an imperfect—and largely inferior—adaptation of the story, there is definitely an audience for this stylish-if-flawed update. For those of us who’ve been sheltering in place since March, the sight of the sun-drenched beaches and grand hotels of Monte Carlo, or Cornwall with its jagged, rocky coast might be enough for our content-starved brains to warrant a rewatch or two.

To those familiar with the story—be it du Maurier’s novel or Hitchcock’s film—will find few surprises here. Armie Hammer and Lily James take on the roles of widower Maxim de Winter and his new, still-unnamed bride, simply called “Mrs. de Winter” throughout. Hammer and James are both attractive, talented people who never quite connect the way director Ben Wheatley intended them to. They meet in Monte Carlo, where James is employed as a ladies companion to the venomous Mrs. Van Hopper (Ann Dowd), an ugly American and master of the casual sort of cruelty that only the wealthy are capable of.

James is a restless young woman of humble origins, prone to daydreaming through her sketchbook while her employer viciously roasts her in front of other rich old ladies. In the novel, this character is one of literature’s great romantics, which makes her seem like a good—if unequal—companion for the worldly, more grounded Maxim. Sure, he calls her his “little fool” and marks his initials on her skin with sand and sunlight, claiming her as his in a move that, in retrospect, might be seen as a subtle act of revenge. After a whirlwind courtship, the two marry and head for his ancestral home of Manderley—a looming, labyrinthine estate on the rocky cliffs of Cornwall. From the first moment they arrive, the tone shifts to overcast grey skies, pouring rain, and chilly receptions from Manderley’s staff.

What makes Rebecca such an outstanding story is that it’s one of the few true Gothic novels in the tradition of Ann Radcliffe or the Bronte sisters to successfully translate to a 20th Century setting. A true gothic novel only has two requirements: A young, inexperienced person (almost always a young woman) coming to live in a large, forbidding house that may or may not be haunted. It’s here that Wheatley tries to separate himself from Hitchcock’s beautifully shadowed version. There is always thunder rumbling in the distance, with rain threatening at every minute. Manderley, while grand and beautiful, feels overcrowded and claustrophobic, from the cadre of servants always crowding the hallways to the priceless art and heirlooms crammed onto every surface. If you lived at Manderley, you might find yourself taking a lot of walks, if only to avoid the disdainful stares from servants and portraits alike.

While it is an imperfect—and largely inferior—adaptation of the story, there is definitely an audience for this stylish-if-flawed update.

And no one has more disdain for Manderley’s new mistress than the housekeeper Mrs. Danvers, played with an insidious charm by Kristin Scott Thomas. While Scott Thomas does an excellent job as one of the greatest villains ever put to page or screen, do not expect it to be a rehash of Judith Anderson’s iconic performance. Scott Thomas says much with her icy glances and politely puzzled gaslighting of James’ heroine, but it’s the moments where she is deceptively warm towards the new Mrs. de Winter that really strike the hardest. While some of the writing has clumsily taken the subtext and made it into text, there can be little to complain about in Scott Thomas’ performance. Sure, the lesbian undertones are more explicit and overt here, but that chilling, obsessive love “Danny” still feels for her former mistress is handled well in Scott Thomas’ wild-eyed glee in those moments when she manages to get one over on the new girl. “Rebecca was my life,” Danvers says, eyes brimming with crocodile tears.

Despite her efforts to assert herself and banish Rebecca, Mrs. de Winter is no match for Danvers or the departed Rebecca. The former lady of the house might not literally haunt Manderley, but she is branded on nearly every surface; a large, monogrammed ‘R’ that taunts her successor everywhere she turns. Rebecca was beautiful, witty, worldly, seemingly beloved by all. Her room is an untouched shrine kept as perfect and ready as the night she died, her lipstick still stains the handkerchiefs and her long, dark hair is still caught in the brush sitting on James’ vanity.

If there is one place where this new version shines in comparison with Hitchcock’s, it would be the stomach-churning embarrassment Mrs. de Winter suffers at the hands of Danvers at the Manderley ball, a scene so humiliating I personally felt physically ill. But it serves as the fulcrum into the doleful climax, where we learn that not only was Rebecca a monster, but Maxim is a murderer.

Because Rebecca is such an overtly gothic work of fiction, it makes sense that her unrepentant sexuality would make her a monster, much like Jane Eyre’s Bertha Mason. Both women are written as malignant, manipulative beauties in contrast with Mrs. de Winter and Jane Eyre’s wide-eyed innocence. In Jane Eyre, Rochester frequently describes the heroine as “clean” and “pure,” free from all that worldliness and sexuality that make these women worthy of imprisonment and murder.

Things begin to drag in the bloated third act, and the shift from gothic romance to courtroom melodrama is as clumsy as it is dull, there are a few bright spots to be found in the otherwise forgettable denouement, like Sam Reilly’s turn as Rebecca’s cousin—and lover—Jack Flavel. Reilly is usually typecast as the reluctant romantic with soulful eyes, and it’s obvious that he’s having a marvelous time as the debonair slimeball who cuckolded the great Maxim de Winter.  There’s also Keeley Hawes as Beatrice Lacy, Maxim’s well-meaning sister, and it’s high time Americans got on board with how brilliant an actress Hawes is. Alas, these two performances aren’t enough to bail out the overworked finale, but lovers of gothic fiction and viewers sick of rewatching The Office may find something to love here, even if it’s just a change of scenery. 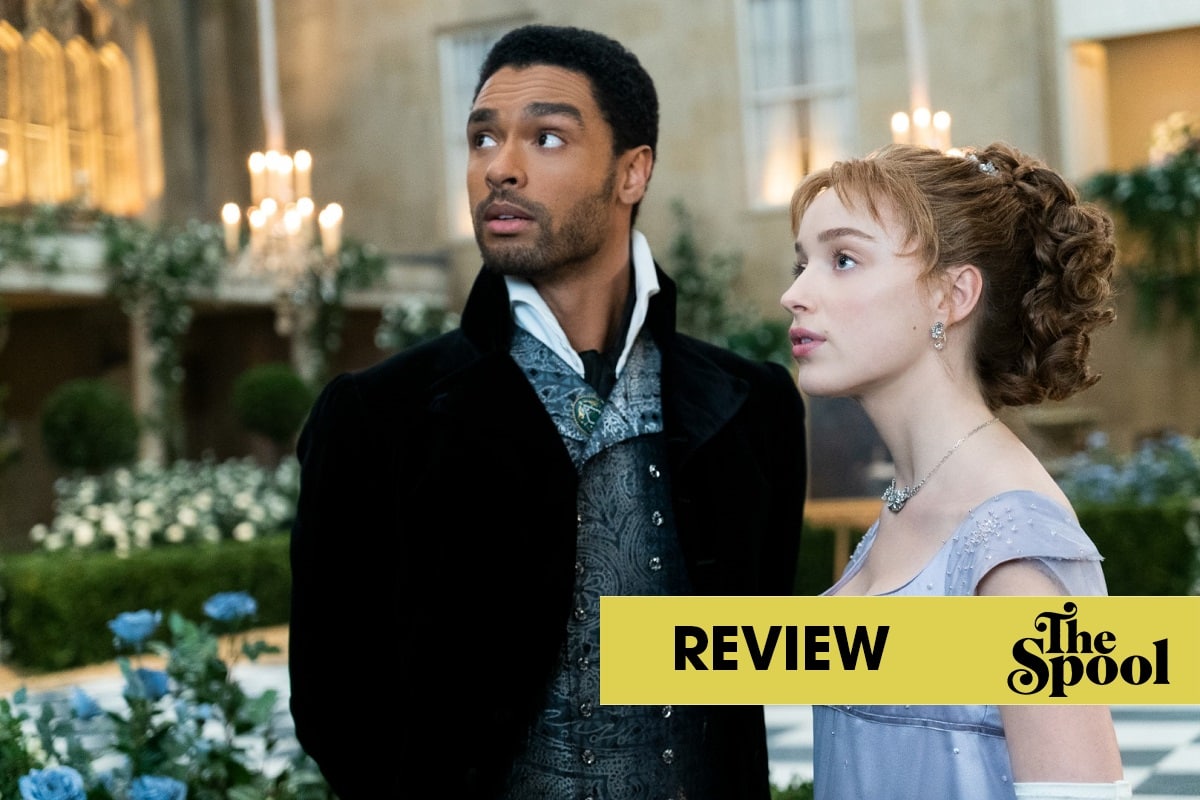 “Bridgerton” packs its period romance with charm and scandal galore

Shonda Rhimes' latest series is a delightful romp filled with diverse characters (and casting), and more bodice-ripping intrigue than you can shake a corset at. 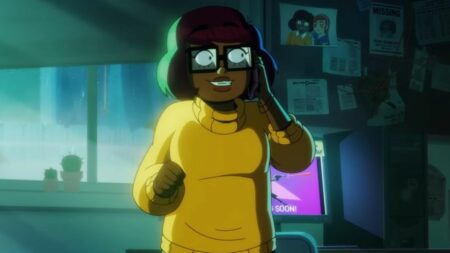