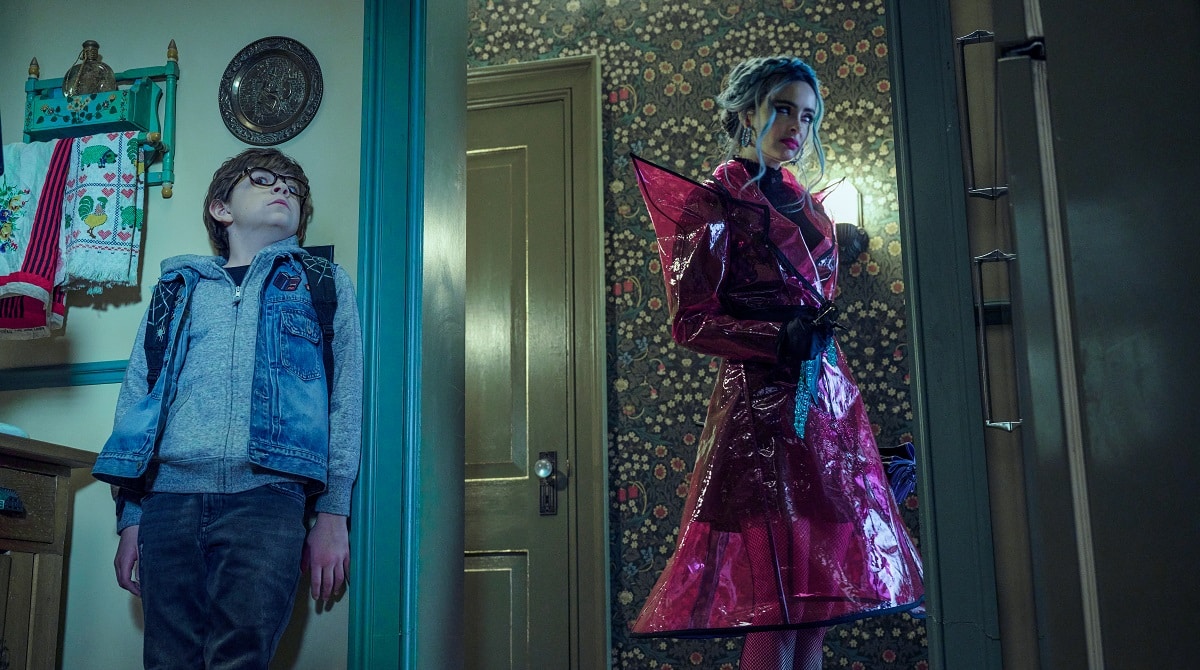 A talented cast’s efforts can’t overcome a potion with too many conflicting elements.

As evil witch Natacha (Krysten Ritter) exclaims in Nightbooks, she doesn’t like stories with “happy endings.” While it’s refreshing to have a children’s horror movie that doesn’t coddle the audience, Netflix’s latest is hardly the spectacular, spooky adventure it packages itself to be. Instead, it’s more like the off-brand Halloween candy a kid might get trick or treating. It technically passes as a treat, but not one that will leave kids and parents coming back for more.

Nightbooks, adapted from the book by J.A. White, follows distraught young boy Alex (Winslow Fegley) as he’s lured to the mysterious apartment 4E. There he discovers Natacha, whose magical apartment travels the world, luring other children into her lair. She demands that Alex tells her a story every night, promising if he doesn’t, he’ll meet a demise worse than death. So he spins some yarns while concocting an escape plan with fellow kidnapped child Yasmin (Lidya Jewett). Together they navigate the strange, eerie apartment in an attempt to get back home.

Nightbooks is full of easter eggs from fairy tales, horror films, and sci-fi tales of the past. Alex being held prisoner and forced to tell stories to survive is a throwback to Scheherazade from One-thousand and One Nights. The evil witch who lures children is straight from Hansel and Gretel in Grimm’s Fairy Tales. Natacha’s apartment being able to travel anywhere and hold anything seems akin to the Tardis from Doctor Who. Horror film posters like Nightmare on Elm Street line Alex’s bedroom, and the film that draws him inside Natacha’s apartment is The Lost Boys. Throwing kids into a strange, supernatural world is a nod to Netflix’s hit show Stranger Things (which is itself a nod to horror in the 1980s). Nightbooks might look like a film feast of storytelling treats, but as Hansel and Gretel learned, a house built of goodies can be a facade for something less desirable.

Director David Yarovesky is no stranger to dark tales involving young kids. He directed 2019’s Brightburn, a dark take on Superman’s origin story. On paper, he’s a good choice to helm this grim adaptation of White’s book. However, Nightbooks, at times, feels like it’s competing within itself with the tone.

[Nightbooks is] like a magical potion with too many elements, thus rendering itself useless.

Is it a dark, grim Yarovesky thriller? Or something more akin to the kind of camp horror you’d expect of Producer Sam Raimi, known for directing Evil Dead and the 2000s Spider-Man films? Raimi built his reputation on balancing out big action and ghastly horror with campy flair, after all. Even moments that feel distinctly Yarovesky—as when Alex fights off a villainous “shredder” creature—carry a Raimi flair. The way that scene unfolds with shadows fighting against each other, for example, is reminiscent of the Doc Ock operating scene in Raimi’s Spider-Man 2. Then again, kids watching the film might not care about the cinematic tone. Instead, they’ll just laugh at the gags like Natacha’s invisible cat Lenore pooping on Alex’s PB&J sandwich.

The bright spots in Nightbooks are the cast. Fegley is terrific as Alex, a kid obsessed with horror writing. He’s great at portraying the storyteller learning to embrace what makes him unique.

Jewett as Yasmin is outstanding as the older kid guiding Alex through Natacha’s apartment. While underdeveloped compared to Alex–her interests in science often take a backseat to Alex’s gift—Jewett nonetheless commanded every moment she’s on-screen. She’s a talent to watch.

Ritter is an exciting choice to portray Natacha, the evil witch. Dressed like a modern-day version of David Bowie’s Jareth from Labyrinth, her looks are that of a glam villain, complete with capes, a frosty blue wig, and jewel gloves with cat nails. Ritter dials into the darkness of Natacha, not holding back when scolding Alex and Yasmin for their shortcomings.

Nightbooks has a reveal at the climax that most adults will predict and many kids may not care about. Nightbooks had the potential to lure kids from lighter fare into darker, spookier cinematic worlds. However, it’s like a magical potion with too many elements, thus rendering itself useless. Perhaps if there’s a follow-up, Netflix will better mix the ingredients to concoct a more successful kids’ horror movie.

Nightbooks is currently casting its spell on Netflix. 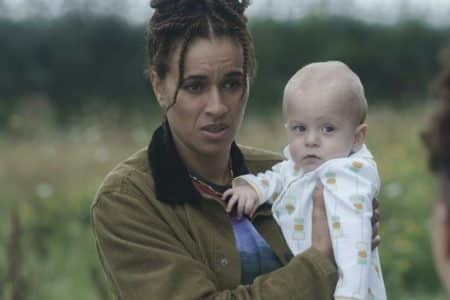