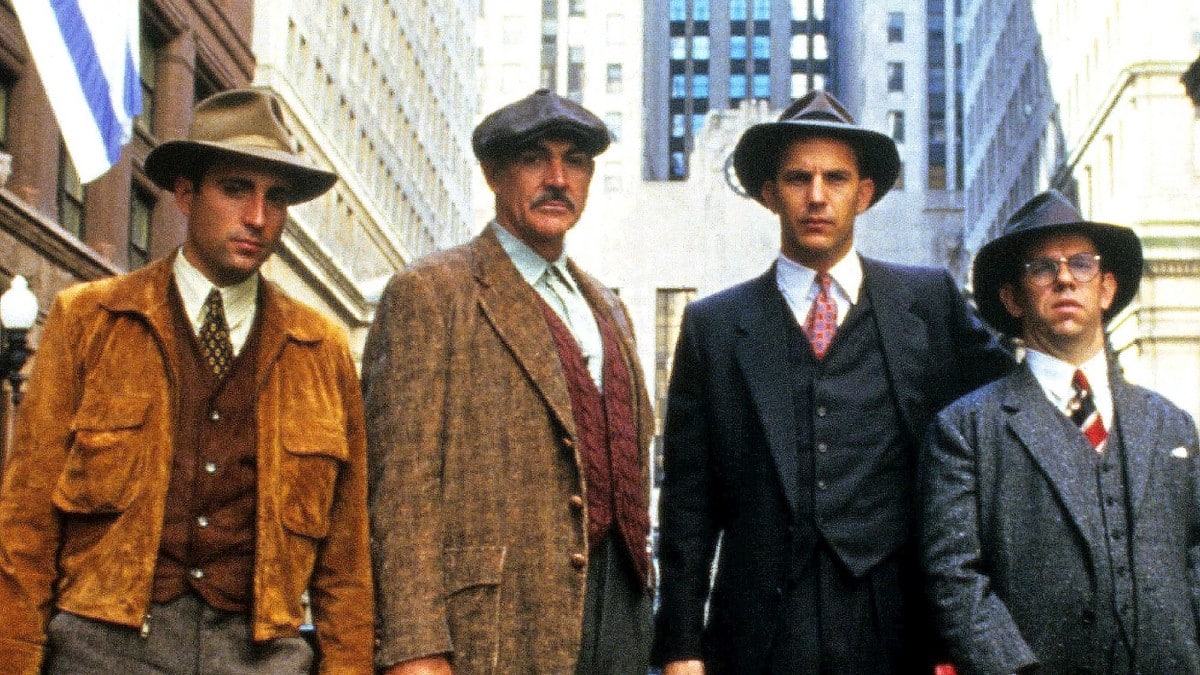 We look back at Brian De Palma’s rapturous crime thriller, one of his most invigorating grasps at mainstream success.

Although histories of Hollywood in the 1970s tend to include Brian De Palma alongside the so-called “movie brats” who helped to revolutionize the film industry at that time (Spielberg, Lucas, Coppola), his films never came close to reaching the critical and/or commercial peaks they had.

By the time the 1980s rolled around, this was an increasing problem for him. Although he began the decade with the hit thriller Dressed to Kill, his immediate follow-up projects did not fare as well—his 1981 masterpiece Blow Out was a flop, Scarface (1983) and Body Double (1984) generated loads of controversy that didn’t translate into ticket sales, and the gangster comedy Wise Guys (1986) disappeared without a trace.

In response to this, he made a move that few would have expected and even fewer would have predicted would pan out. He signed on to direct a big-budget screen adaptation of the old TV crime series The Untouchables, a package that included a screenplay by playwright David Mamet and a cast including rising star Kevin Costner and screen legends Sean Connery and Robert De Niro.

Fans of the filmmaker may have thought that he had sold out, as they used to say back then. Lucky, then, that they discovered that De Palma had made grand, across-the-board entertainment that saw him flexing new moviemaking muscles without forsaking the elements that made him so fascinating in the first place.

With the advent of a beautiful-looking 4K UHD Blu-Ray being released by Paramount Home Video to commemorate its 35th anniversary, the film has held up beautifully over the years and remains arguably the best of De Palma’s non-self-generated projects to date.

Very loosely based on real events, the film is set in 1930 Chicago, a town almost entirely in the grip of bootlegger and crime kingpin Al Capone (De Niro). Idealistic government agent Eliot Ness (Costner) is sent to Chicago to bring him down but his first attempt at raiding one of the booze warehouses is an embarrassing failure due to Capone being tipped off by cops on the take. Ness is soon taken under the wing of Jimmy Malone (Connery), an Irish-American (just go with it) cop whose unwillingness to go on the take explains why he’s still walking a beat at his age.

After determining Ness’s genuine willingness to bring Capone down by any means necessary, Malone offers his services and recommends picking another officer straight out of the academy who has not yet been bought off, crack shot George Stone (Andy Garcia), for the task. They’re also joined by Oscar Wallace (Charles Martin Smith), a government accountant who suggests that a case could be made against Capone for non-payment of taxes.

The guys begin to successfully take down some of Capone’s warehouses and start making a name for themselves for their incorruptibility. Not surprisingly, Capone doesn’t take this especially well, and an all-out war breaks out between him and Ness that rages from the U.S.-Canada border to a stairwell in Union Station to a final showdown in a courtroom.

The connection between what occurs in The Untouchables and the actual historical record is tenuous at best, and to criticize it for not being historically accurate is to miss the point. What De Palma and Mamet are doing here is the kind of thing that John Ford might have done if he had made this film back in the day—printing the legend. With its grand and primal emotions, florid dialogue, and aria-like set pieces, the film is practically operatic for most of its running time. Indeed, the only scenes that don’t quite work are the ones that try to bring things down to earth (mostly the bits involving Ness and his wife, played by then-unknown Patricia Clarkson).

And yet, the film is not quite the black-and-white battle between uncomplicated Good and Evil that it initially seems to be. Throughout his career, one of De Palma’s recurring thematic obsessions has been an exploration of just how blurry and indistinct the line between good and bad really is, to the point where the characters themselves are not always sure where they stand.

Ness starts out the film as the ultimate idealistic defender of the law, but soon learns that he will have to descend into the muck as well to catch such an unscrupulous criminal as Capone. As Ness puts it, “I have foresworn myself. I have broken every law I have sworn to uphold. I have become what I beheld and I am content that I have done right.” In other words, he starts off the film like a standard uncomplicated movie hero, and ends it like a true De Palma character.

Although De Palma reportedly flirted with the idea of casting Don Johnson or Mickey Rourke as Ness, Costner (then best known for being cut out of The Big Chill and for stealing scenes in Silverado, proved to be an inspired choice. He comes across as decent, open and dedicated throughout, but underlines that goodness with an edge that sells his eventual fall from grace. His more straightforward turn also contrasts nicely with the cheerful scenery-chewing delivered by Connery (who would receive a Supporting Actor Oscar for his work) and De Niro. Both of them are clearly playing to the rafters and having a great time doing so.

De Palma is famous for his elaborately staged set pieces, and The Untouchables certainly has more than its fair share. Take the scene where Capone lectures his men at a fancy dinner about the importance of teamwork, bringing out a baseball bat to ensure that everyone gets his point. Or the shootout on the Canadian border that turns the film from a gangster epic into a full-blown Western for a few minutes. Or the scene in which Malone tries to get a prisoner to talk by violently “interrogating” another suspect whose ability to supply any information has expired. And don’t forget Malone’s grand and grisly sendoff, doubled at the climax when Ness confronts his friend’s killer and returns the favor.

These scenes work thanks to the bizarre alchemy of Mamet’s way with words and De Palma’s way with a camera, so it’s ironic to realize that the most famous sequence in the film didn’t involve Mamet at all. A climactic scene in which Ness and George find and rescue a key witness being spirited out of town on a train was deemed to be too expensive and complicated to the stage, and a replacement was needed. By that point, Mamet was directing his own first feature and was not keen on reworking the scene.

Instead, taking inspiration from his memories of the Odessa Steps sequences from the silent classic The Battleship Potemkin, De Palma sketched out a simpler slow-motion shootout between Ness and George and Capone’s men on the staircase of Union Station – where a whole bunch of innocent bystanders, including an infant in a runaway baby carriage, are caught up in the crossfire.

Staged in slow-motion (as much to accentuate the tension as to disguise the fact that any shootout in that particular locale would be over in about six seconds), the scene is a masterclass in how to stage and execute a thrilling and suspenseful set-piece. When it comes to its punchline—simultaneously brutal, darkly funny, and kinda adorable—it’s more exhilarating than most current thrill-a-minute blockbusters. (De Palma later reworked the original conception for this sequence and used it in Carlito’s Way.)

Although most of the praise for The Untouchables tends to center on De Palma’s technique, Mamet’s endlessly quotable screenplay, and the performances, virtually every aspect is top-notch. The score by the legendary Ennio Morricone—the first of his three collaborations with De Palma—is one of his best. He received an Oscar nomination for his work, as did Marilyn Vance for Costume Design (including contributions from Giorgio Armani) and Patrizia von Brandenstein, William A. Elliott, and Hal Gausman for Art Direction for their sterling recreations of period Chicago.

One person who should have been nominated but wasn’t was cinematographer Stephen Burum (the second of eight films with De Palma), whose clever use of camera angles made effective use of still-standing buildings from the era while keeping modern elements just out of frame.

De Palma is famous for his elaborately staged set pieces, and The Untouchables certainly has more than its fair share.

The Untouchables would become the fourth-highest-grossing film of 1987, finally giving De Palma the blockbuster hit that had eluded him up to that point. Its success not only gave him the clout to begin his long-gestating passion project, the Vietnam drama Casualties of War, but it got him hired to direct the hottest project in town at the time – the now infamous adaptation of Tom Wolfe’s The Bonfire of the Vanities.

For the next decade or so, he would alternate between more personal projects like Raising Cain (1992), Snake Eyes (1998), and the glorious Femme Fatale (2002) and hired gun films like Carlito’s Way. He’d even go on to direct Mission: Impossible (1996), another stylish adaptation of an old TV series that would go on to be his biggest hit to date.

Even today, his cinematic sensibility is just a little too dark, bloody and weird to find favor in the Hollywood environment of today. However, for a brief and glorious period in the summer of 1987, he proved that he could easily give the masses exactly what they wanted without completely losing his own sensibility in the process. 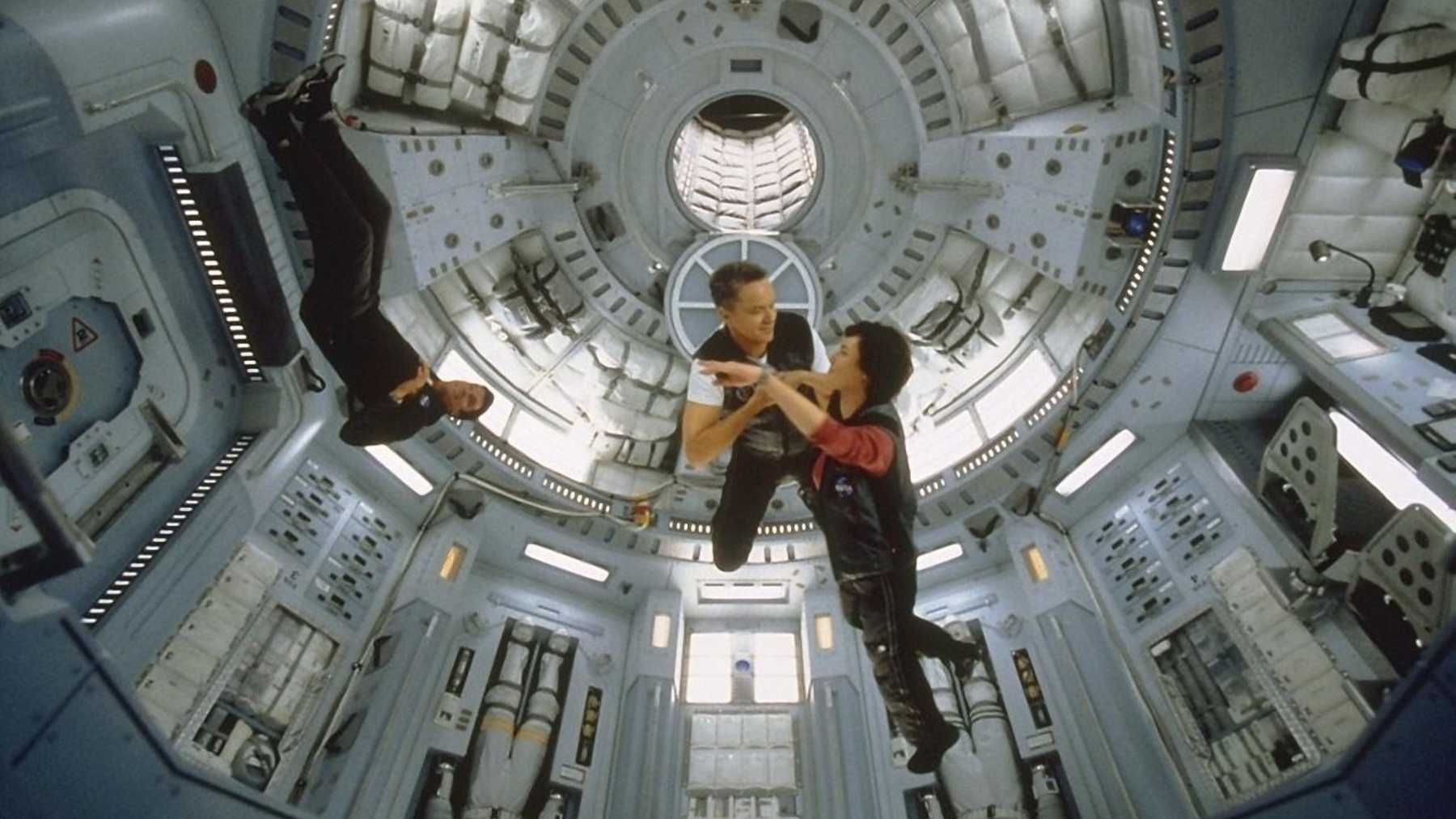 Brian De Palma's bizarro, big-budget blastoff is rocky, but it remains an effectively fun entry in the director's filmography. 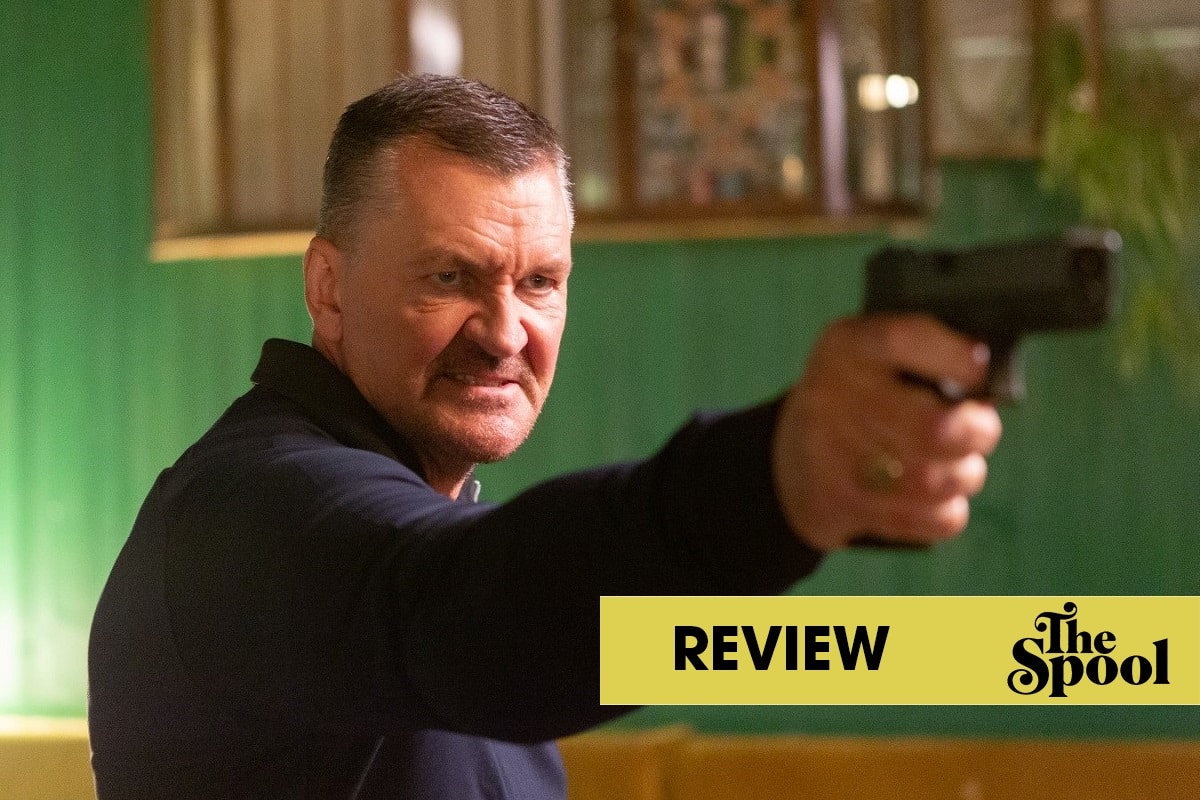