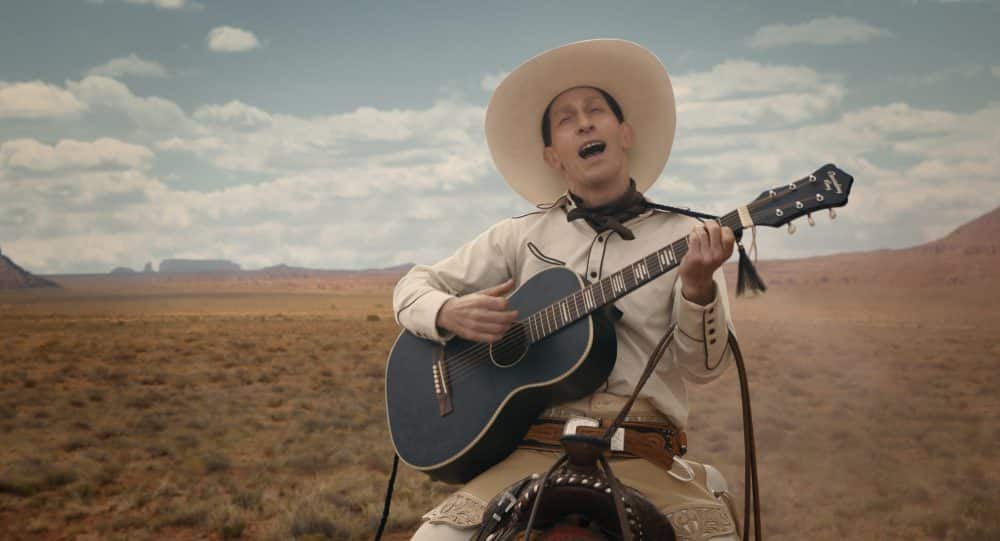 The Coen brothers return to the Old West for a darkly comic anthology of six stories of doomed men and women out on the frontier.

Watching a Western movie means feeling a strange surge of patriotism, of pride and awe for the American men and women who made homes, businesses, and lives in a world that was beautiful and terrifying at once, where illness meant holding on for the three or four days it would take to find a doctor, a dust storm could destroy an entire food supply in an instant, and the strongest horse on the team could be taken out with a single rattlesnake bite. Often these dangers were unknown, unseen, and unstoppable, and no mere man’s strength or will to survive could prevail.

The Old West is the setting for Netflix’s The Ballad of Buster Scruggs, an anthology of six stories written and directed by Joel and Ethan Coen. None of the stories are related except in where they take place, a part of the country so vast and breathtaking in scope it can’t possibly be part of this Earth, yet eerie and empty at the same time. You talk in this world, and it talks back to you, in the wind and the sound of your own voice, echoing against the rocks.

The movie itself could be considered a sort of sampler platter of the Coens’ signature absurdity and oft-repeated message of “you can’t fight fate.” The first story, which shares its name with the title of the movie, is about a singing cowboy, the titular Buster Scruggs (Tim Blake Nelson), traveling “where the distances are great, and the scenery is monotonous,” and on the run from the law, though the only thing that bothers him about that is that his WANTED poster describes him as a “misanthrope.” Buster’s amiable, Gene Autry-like personality belies his superhuman shooting skills, resulting in such bizarre scenes as forcing rival poker player Curly Joe (Clancy Brown) to shoot himself in the face several times, then leading the entire in a jolly singalong in tribute to the very recently deceased.

Despite a startling amount of gore, this is probably the lightest of the segments, with a level of absurdity that occasionally, joyfully reaches the level of a Bugs Bunny cartoon. Characters leave human-shaped dust clouds behind them and sprout angel wings before ascending to Heaven while playing a harp. In this particular corner of the world, there don’t seem to be any truly “good” guys, just those that are faster and smarter.

The comic tone carries over in the second, shortest story, “Near Algodones,” starring James Franco as a hapless bank robber who could be kin to H.I. McDonough in Raising Arizona, if it’s possible for bad luck to be hereditary. While trying to hit a tiny, one-room bank out in the middle of nowhere, where “the marshal don’t visit but once a month,” he meets his match in a teller (Stephen Root) who’s at least as devoted to protecting his money as Franco is to stealing it.

Things take a turn for the bleak in the third story, “Meal Ticket,” in which Liam Neeson plays a man traveling around the country with a limbless boy, Harrison (Harry Melling), whom he refers to as “the Wingless Thrush.” Harrison has been trained to recite “Ozymandias,” passages from the Bible, and even the Gettysburg Address, for an audience that grows smaller with every stop, eventually abandoning Harrison in favor of a different kind of caged bird—a chicken that can do basic math. Reminiscent of David Lynch’s The Elephant Man in style, it’s creepily pragmatic, as Harrison’s caretaker tends to his every need, even feeding him and helping him use the bathroom, but there are limits to just how much he means to him.

Tom Waits, in the role he was born to play, is a gold prospector in the fourth story, “All Gold Canyon.” Waits, talking mostly to himself (while occasionally addressing some unknown being named “Mr. Pocket”) pans for gold, pilfers eggs out of an owl’s nest, and fishes, and it’s all very soothing to watch. Just as soon as it looks like he’s found the reward for all his hard work, however, a shadow falls over him, which, in this kind of world, is never a sign of anything good.

“The Gal Who Got Rattled,” the longest in the anthology, is somewhat of a love story, though that’s not typically a Coen genre, and, indeed, ends with their far more familiar tragedy by way of fate’s indifference. Zoe Kazan plays Alice Longbaugh, a meek young woman traveling to Oregon with her officious brother so that she can marry a man she’s never met before, as part of a “business arrangement.” After the brother dies unexpectedly, Alice is looked after by Billy Knapp (Bill Heck), a philosophical wagon train driver, and the two begin a tentative romance. Of the six stories, this one seems to be the cruelest in its abruptness, and how life seems to punish us for daring to stray off course.

The final story, “The Mortal Remains,” is likely to be the most polarizing of the six stories. The only one of the stories that doesn’t rely on stunning outdoor shots, it takes places almost entirely inside a stagecoach, where three travelers (Tyne Daly, Saul Rubinek, and Chelcie Ross), when they’re not squabbling amongst each other, make the acquaintances of a pair of “collectors” (Jonjo O’Neill and Brendan Gleeson). Given the otherworldly lighting, you can probably guess what the collectors are there to collect, and where the stagecoach is going. Though it’s entirely dialogue driven, it puts a clever but deeply unsettling end to a series of stories about characters who accept their fate with their heads up, and occasionally, as with Buster Scruggs himself, even a smile on their faces.

While Buster Scruggs won’t likely shoot to the top of anyone’s “best of” lists, after the misfire of Suburbicon (which they wrote but didn’t direct), and the amusing but aimless Hail, Caesar!, the Coens are back in full form, making a movie that will both dazzle and confound. The smile that the first story leaves on the viewer’s face gradually turns to a frown of existential discomfort by the end.

As is often the case with anthologies, it is, however, uneven in tone, and combining the mad quirkiness of, say, The Hudsucker Proxy with the cynical desolation of No Country for Old Men is a bit jarring at times. But it is, ultimately, one long story about a place, the land, and as beautiful as the land is, it’s also unforgiving, and it’s bigger than you, and it will be here long after you’ve gone and returned to the dust.

The Ballad of Buster Scruggs is currently available on Netflix, so mosey on over and see it. 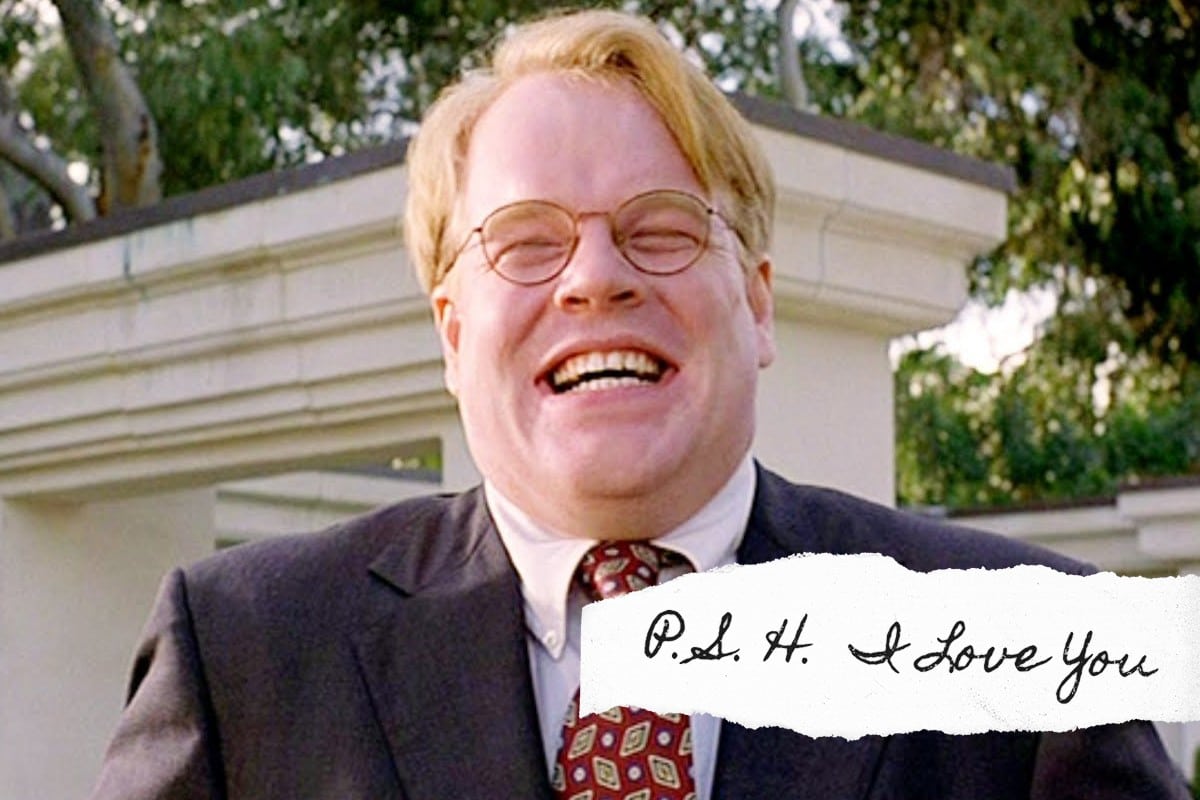 PSH is marvelous in “The Big Lebowski” 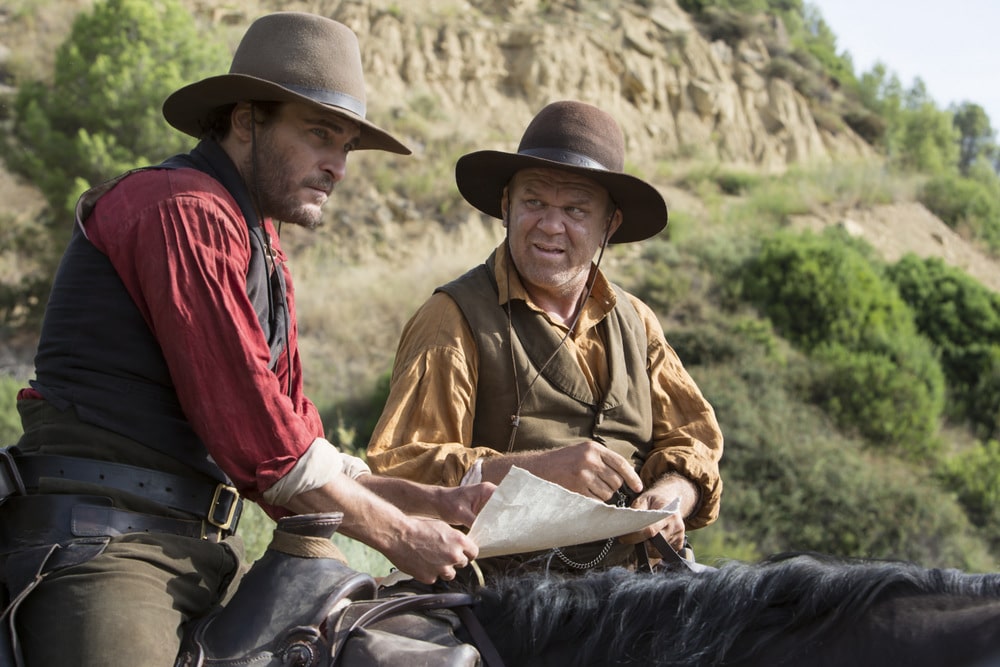 Joaquin Phoenix and John C. Reilly are a pair of offbeat gunslingers in Jacques Audiard’s unconventional, gorgeously energetic Western. This piece was originally posted on..