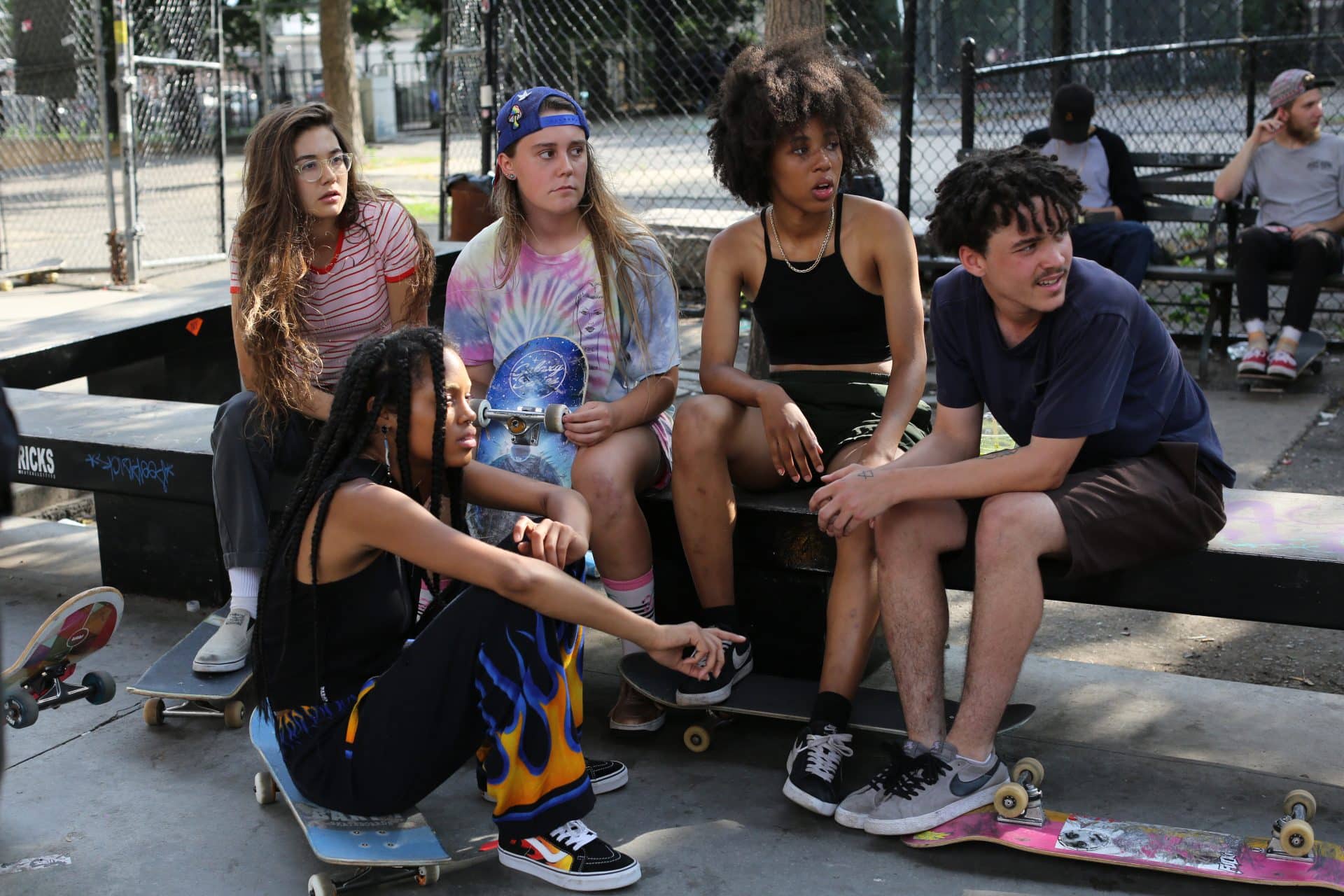 Skate Kitchen offers something that’s been sorely missing from the world of coming-of-age films: a story that tells self-discovery not as a hero’s tale with a clear end, but as a journey of normal moments that define who we are. is the results are pretty damn wonderful, to say the least.

The narrative debut of documentary filmmaker Crystal Moselle (The Wolfpack), Skate Kitchen follows Camille (played by real life Skate Kitchen member Rachelle Vinberg), a seventeen-year-old skater who seems to be the only woman in her Long Island community on a board. After credit-carding herself (if you don’t know the term, its probably worse than what you think it means) her mother (Elizabeth Rodriguez) demands that Camille never skates again. She agrees, but quickly goes back on her promise when she finds an Instagram announcing a women’s skate group in lower Manhattan. Camille hops two trains and discovers a group of the most badass female skateboarders she’s ever seen. Played by the rest of the Skate Kitchen members, these women bring Camille amongst their ranks and coax her out of her overly sheltered self. However, things get complicated when a mysterious skater/photographer (Jaden Smith) catches Camille’s eye and pulls her away from her newfound friends.

The Skate Kitchen crew themselves are easily the highlight of Moselle’s film. They have no professional acting credits, but you wouldn’t be able to tell from their heartfelt, earnest performances; whether it’s with the Wolfpack or the members of Skate Kitchen, Moselle seems preternaturally able to draw tremendous charisma from non-professional actors. The chemistry between them all bursts from the screen, making each moment that they’re all together entertaining and wonderful. Each bring such a stellar electricity to the screen, ranging from the steely, layered gaze of Kabrina Adams to the comedic perfection of Nina Moran (someone needs to get her and Jason Mewes in a sibling road trip movie as soon as humanly possible). They feel like such a badass group of people that, if any of them said one nice thing to you, you would feel like the coolest person on the face of the Earth for months.

Oddly enough, this does lead to one facet of the movie that doesn’t quite work. Eventually, Camille is banished from Skate Kitchen for spending too much time with Jaden, eventually skating with his group of dude skaters (who basically act like manspreading on wheels). For quite some time, the Skate Kitchen crew are nowhere to be seen, and their presence is missed. While this part of Camille’s journey makes perfect sense, it was very difficult to want to stay within that world. The dude skaters, except for Jaden, range from entry-level jerk to potential date rapist, and Camille eschewing her new friends for these guys feels so incredibly wrong. Smith does a solid job nailing the emo aloofness of his character, though, a credit to the young actor slowly finding his niche.

Rather than a straightforward narrative, Moselle constructs this story with a series of vignettes loosely tied together. One moment, there may be a conversation about the Mandela Effect or worries about having an abnormal vagina, and the next the plot is pushed forward by just a few moments of interaction. It’s through this technique that Moselle can tell a story that most accurately reflects those moments of teenage self-discovery. It’s not about a clear-cut story going from one moment to the next, but a series of conversations that happen to bookend these larger moments. Moselle has really created something of an anti-Larry Clark film; instead of the nihilistic exploitation of something like Kids, Moselle celebrates these women, peppering the most awkward, heart crushing moments with the optimism that comes with growth and change.

That’s truly what makes Skate Kitchen so endearing -while other coming-of-age tales would create a skate competition that Camille has to win or the crew banding together to stop gentrification from destroying their park via a new Target, Moselle focuses entirely on the complexities of its characters via small moments that define the universal journey of discovering who you are. The film is  heartwarming, bold, and viciously charming, making it one of the better coming-of-age films to come out in a while, if not one of the best skateboarding movies to date.

Skate Kitchen acid-drops in select theaters in NY and LA Friday, August 10th, and moves to Chicago on August 24th. 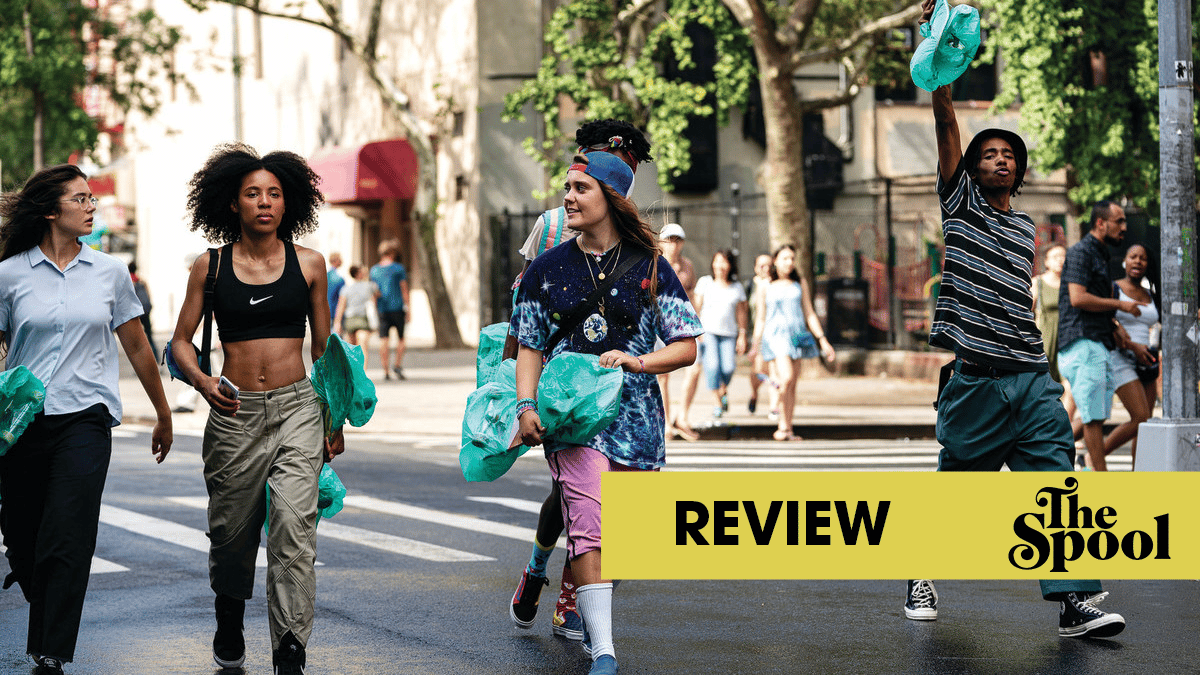 “Betty” turns “Skate Kitchen” into a hangout series with potential

Crystal Moselle adapts her 2018 indie into an HBO show, bringing the original cast along for the ride. 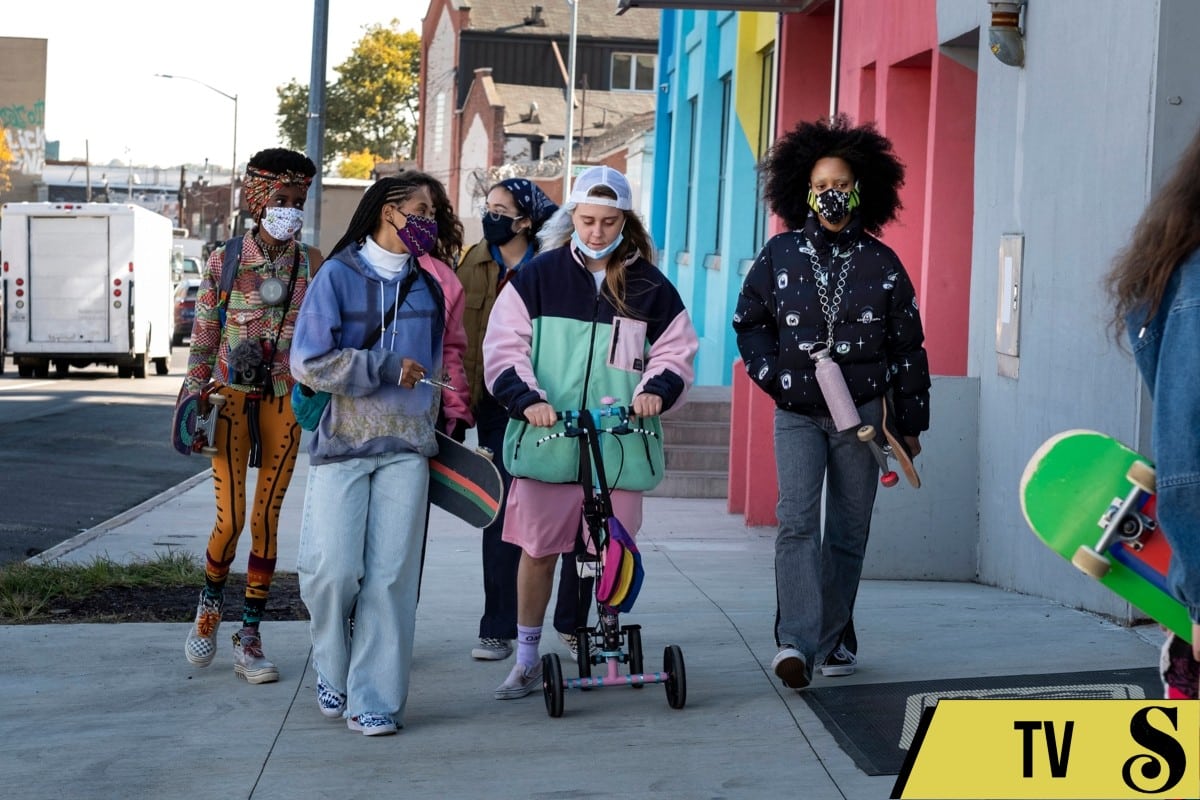 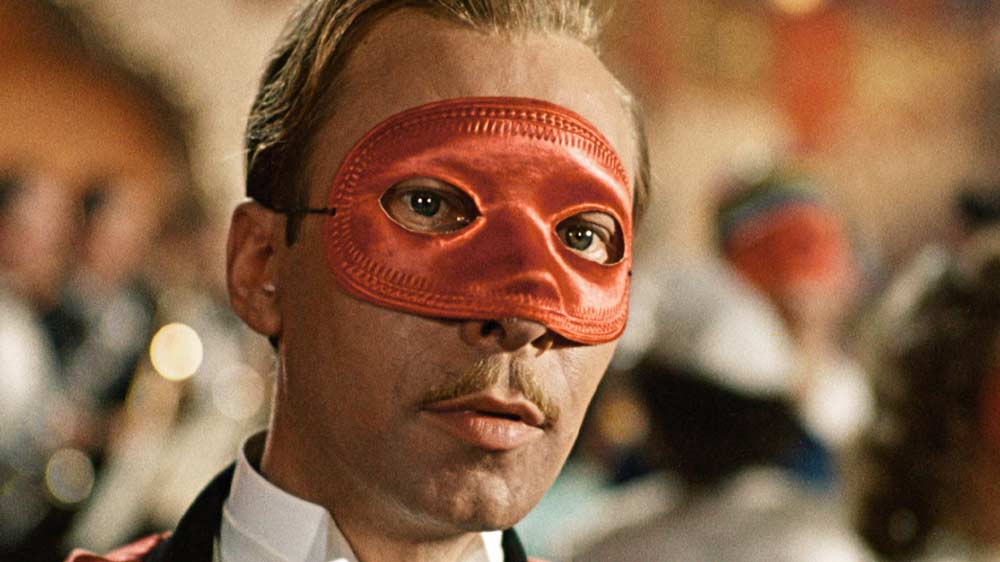 Rudiger Suchsland’s second documentary on the cinema of Hitler’s Germany takes a fascinating, if surface-level, look at the ways entertainment gave rise to fascism. This..