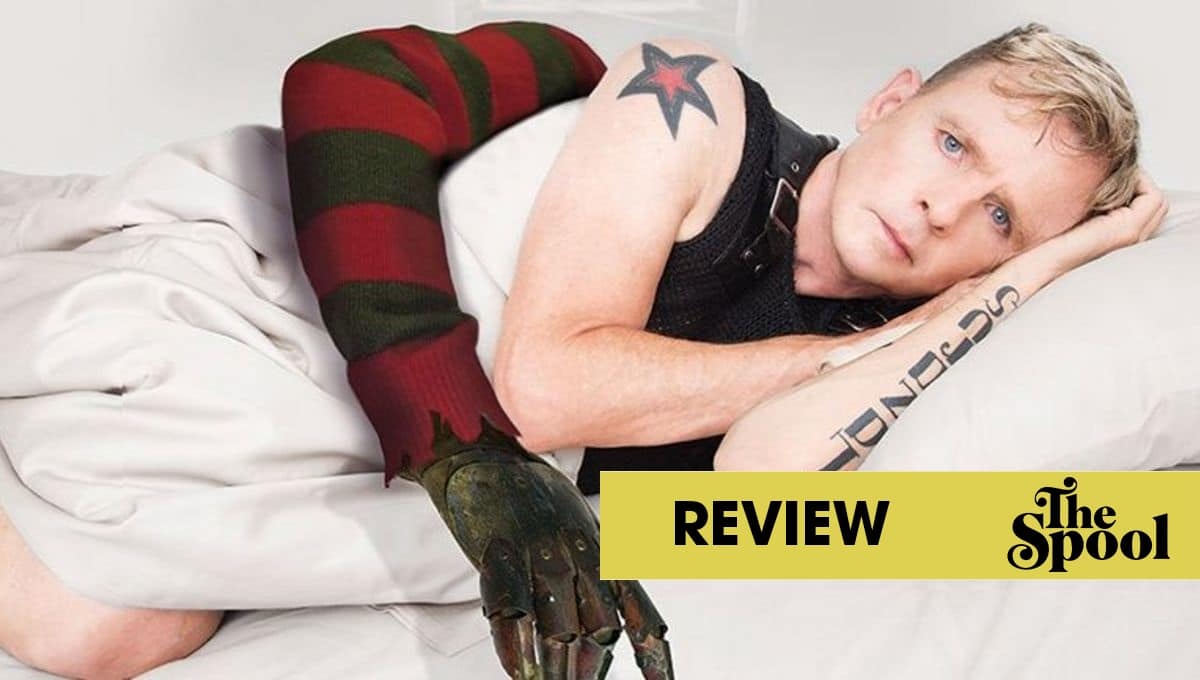 Somehow, a whole lot of people missed what A Nightmare on Elm Street 2: Freddy’s Revenge was about the first time they saw it. I certainly did as a small-town teenager in the mid 80s, having met exactly one (1) gay person up to that point. We all like to smugly claim that of course we knew it the whole time, but most of us didn’t, not back then. All we knew was that it had an odd vibe for a slasher movie, and that it was unusual for its young male protagonist, Jesse (played by Mark Patton), to be treated like a Final Girl, hero and victim at the same time. Roman Chimienti and Tyler Jensen’s documentary Scream, Queen! My Nightmare on Elm Street is an insightful, sensitive look at how Patton’s role in the film first destroyed his career, then became an touchstone for gay horror fans years later. It also touches upon the AIDS crisis, and how we’ve only barely begun to scratch the surface when it comes to Hollywood’s casual homophobia.

Patton was a promising young actor who had worked with no less than Robert Altman when he was cast in Freddy’s Revenge. Though it was a modest hit, critics and audiences alike had no idea what to think of the “subtext” of Jesse being picked up by his leather-clad gym teacher at a gay bar, or that same teacher being whipped bare-ass in a shower before Freddy kills him, or the delicate, rather effete Jesse often being filmed wearing little more than his underwear, or Jesse uttering the line “He’s inside me! And he wants to take me again!” There was a certain level of having one’s cake and eating it too, particularly by director Jack Sholder and screenwriter David Chaskin, in that Freddy’s Revenge sold itself by trying something new and different, but coyly refusing to articulate what that something actually was.

However, Patton knew, and grew increasingly uncomfortable with the amount of “subtext” in the film. Closeted at the time, and with a live-in lover who presented as straight in teen fan magazines (Timothy Patrick Murphy of Dallas), he knew what playing a gay character (or even one that just coded as gay) could do to one’s acting career, let alone actually being gay. As if facing a potential lifetime of typecasting before his career had barely started wasn’t bad enough, once Freddy’s Revenge was proclaimed to be “the gayest horror movie of all time,” Sholder denied it, and Chaskin blamed it on Patton. Dejected, disillusioned, and thrown under the bus, Patton abandoned his career to move off the grid to Mexico, becoming “the Greta Garbo of horror movies” for many years.

Patton emerged from his self-imposed exile to appear in 2010’s Never Sleep Again, a documentary about the Nightmare on Elm Street series. Initially unaware of the enduring legacy of the Elm Street movies, let alone his character, Patton has since grown to embrace his odd celebrity and become a fan favorite on the convention circuit. Scream, Queen! explores that, along with Patton getting the long-awaited apology he deserved from David Chaskin for claiming that he alone made Freddy’s Revenge “too gay,” by the mere fact of just being gay.

Initially unaware of the enduring legacy of the Elm Street movies, let alone his character, Patton has since grown to embrace his odd celebrity and become a fan favorite on the convention circuit.

Though Patton is now sixty, there’s still something touchingly child-like and fragile about him, and there’s a wariness in his eyes when he speaks. He seems to bear every single awful YouTube comment about his performance in Freddy’s Revenge like a scar, and though it’d be nice to say that the movie would be better received and understood if it were released today, that’s sadly not likely. Though it’s not doing much better when it comes to non-white representation, gay characters are woefully underrepresented in horror. At best, when they do show up, the movie ends up becoming a genre in and of itself, one that many horror fans studiously avoid.

Watching Scream, Queen! means being reminded of how often gay slurs acted as punchlines in 80s movies, even in otherwise lighthearted comedies like Teen Wolf. Hollywood has been frustratingly slow in treating gay characters as anything other than objects of curiosity, and it’s easy to see why Patton thought his only recourse was to run as far away from it as possible. His return isn’t so much a “comeback” as it is an acceptance of his place in horror movie history, and his importance as a gay horror icon. Watching much of the cast of Freddy’s Revenge (let alone Chaskin) admit they understood the whole time what the movie was a metaphor for is both a relief, and infuriating. A talented young actor’s career was decimated because no one else had the tiniest bit of guts at the time to admit that they were making a horror movie about someone struggling with their sexuality.

Still, it’s heartening to see Patton, who often gives a tentative little wave at the camera before entering conventions, appear both baffled and delighted by the reception he gets from fans. “Better late than never” seems a bit simplistic to apply to Scream, Queen!, but it works. It may have taken three decades more than it should have, but at least Patton, diagnosed as HIV positive in 1999, is still alive and well to enjoy his long overdue appreciation. “This is my testimony,” he says near the close of the film. “That you can live through it all, and you can watch it happen, and you can still come out a winner.”

Scream, Queen! My Nightmare on Elm Street is now available on VOD. 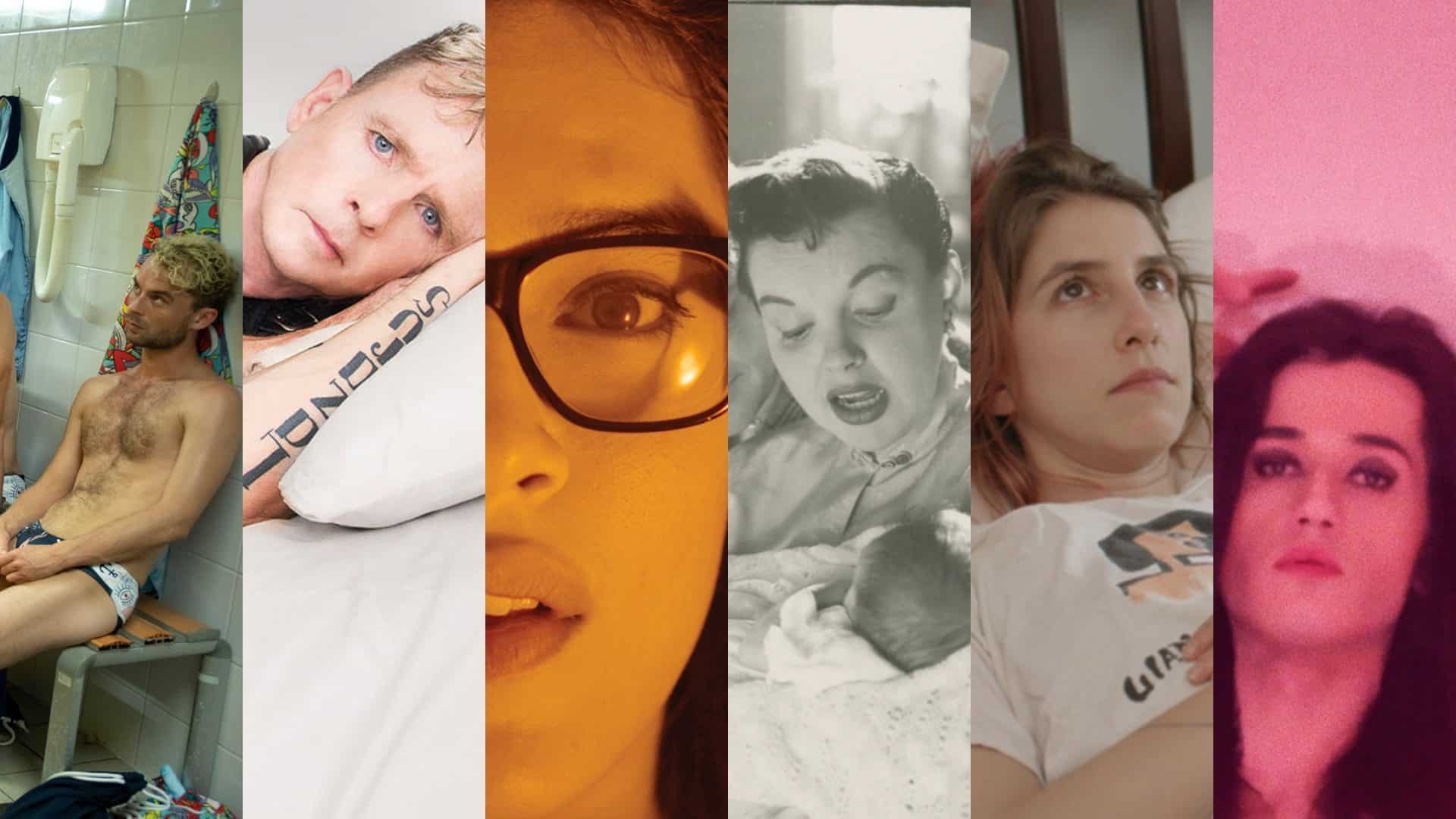 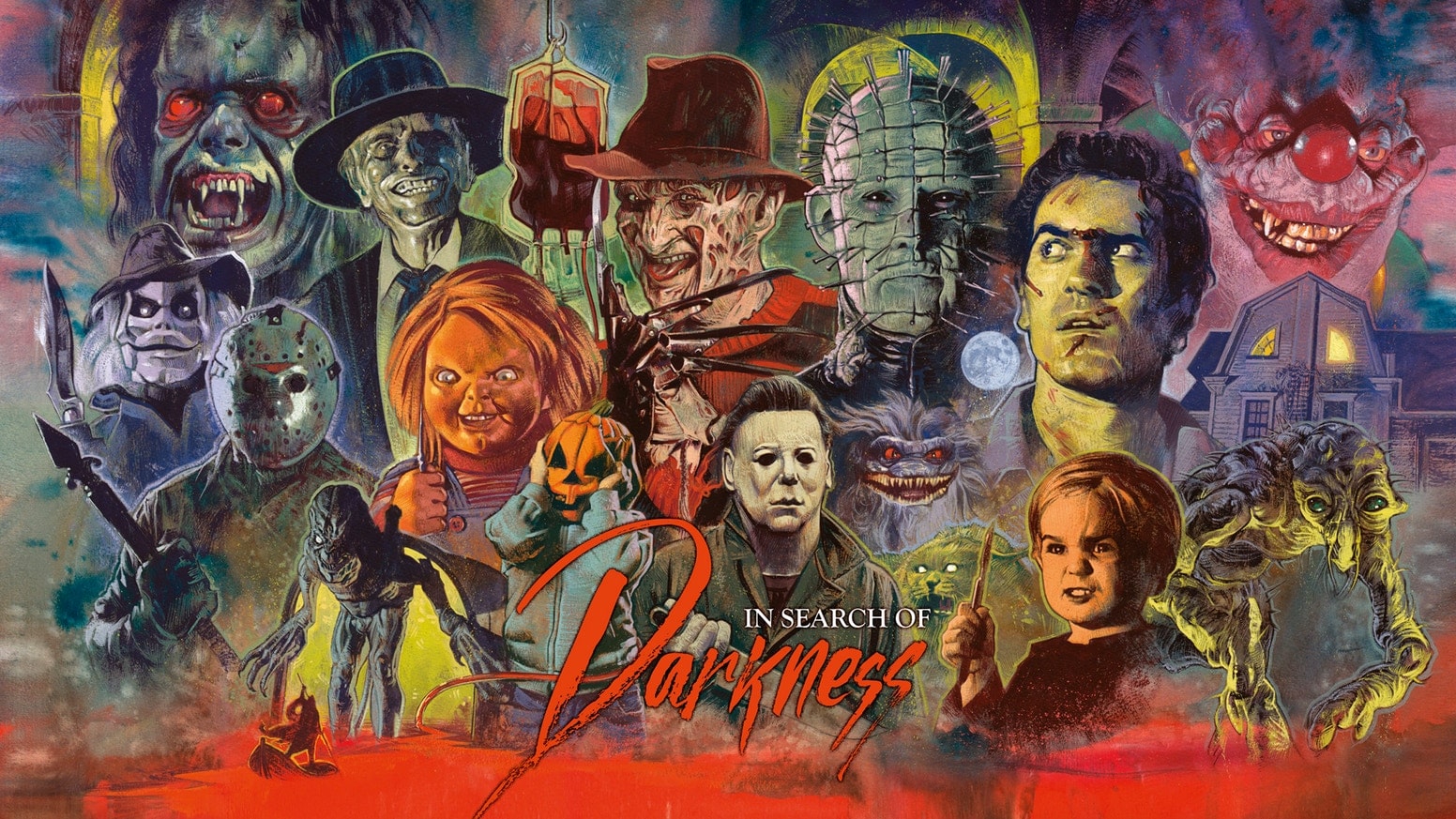 In Search of Darkness Review: The Definitive ’80s Horror Documentary is Here