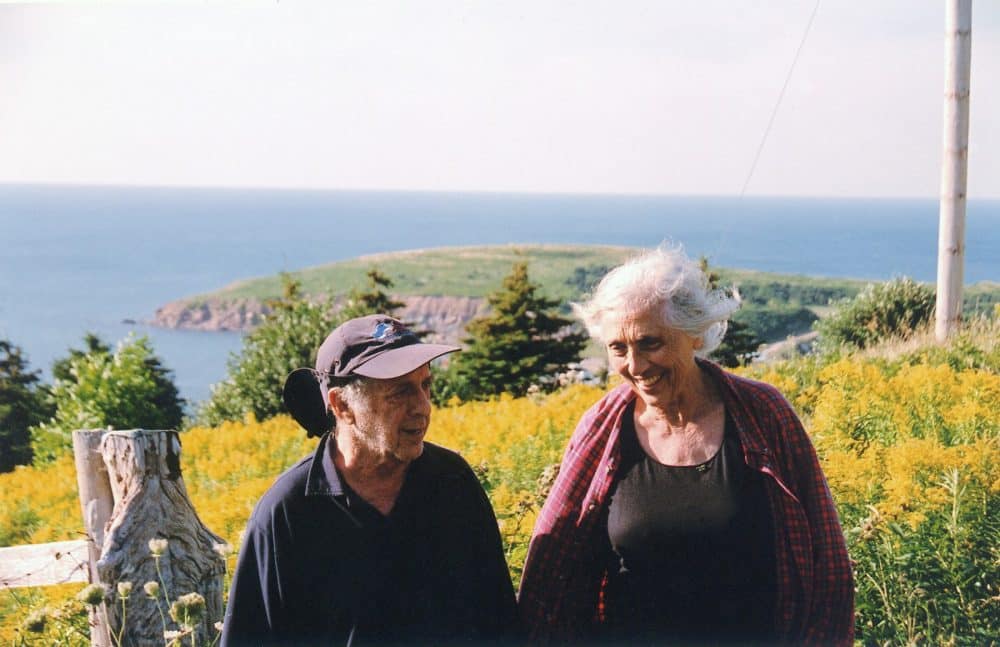 Gerald Fox’s 2004 documentary on the acclaimed documentarian finally sees the light of day.

One of the hardest moral quandaries when making a documentary of someone who is beloved and revered is how do you portray them when their history becomes difficult? Does one make a glowing and glossed-over depiction of their hero, or do you follow those darker paths to reveal every wart along the way? Sadly, Leaving Home, Coming Home: A Portrait of Robert Frank doesn’t do much of either, which results in a film that doesn’t offer much to those unaware of Robert Frank’s influence and breezes past moments that could have led to a deeper, more nuanced work.

As a biography documentary, it’s fairly by-the-book. It starts at Frank’s childhood, his immigration to America, his initial work as a photographer, and his catapult to fame following the publication of his seminal 1958 collection of photography, The Americans. The strangest part of the documentary is that it’s only being released now, fifteen years after it was completed.

While finishing production in 2004 via The South Bank Show, a long-running British arts documentary series, Leaving Home, Coming Home spent fifteen years hidden from the world. Following its run in festival competitions, Robert Frank felt that the film was far too personal and requested that the documentary be shelved. For reasons that we do not know, fifteen years later Frank has agreed to allow the production to see the light of day.

Much of Leaving Home, Coming Home is a relic of its time. While 2004 isn’t eons ago, the shift from film to digital and much sleeker look-and-feel of modern documentaries makes it feel more like a VHS tape that art school friends passed around in undergrad. Which isn’t necessarily a bad thing: as a parallel to Frank’s films, all of which were shot on a low budget and with his friends as the casts, it is a very fitting tone for telling his life’s story.

But in the same vein, much of Gerald Fox’s direction evokes less of a cinema verité than a made-for-schools video to show when teachers need the period to sit back and relax. The score has definitely aged the least well. A combination of MIDI file bassoons and French horns are the first things we hear (at first, it feels like the opening credits of The Room are about to start).

As a moment in time, Leaving Home, Coming Home does what it set out to do — even if it took a long time to get there.

What pulls this film out of the mid-aughts is Frank himself, who proves an equally charming and insufferable curmudgeon. He seems as though he could talk about his art for ages and his passion is contagious (even if his tone doesn’t show it). He has no patience for time wasted or standing still, which is best shown in the beginning when Fox accidentally runs out of film and needs to reload. Frank just about quits the documentary right then and there, which is both frustrating and hilarious. He’s a man that just can not stay still and despises the “theatre” of what Fox is trying to do, but he also wants to make sure every second counts. He wants to spend his days with his wife, talking to strangers, and reminiscing. There is something really glorious in his impatience to shun the pretend and just live.

That said, Fox seems far more interested in telling a straightforward story about Frank’s life, which can be frustrating. It’d be far more rewarding to have dug into the stickiest theme of the film: the belief that art alone can help severe mental illness, what happens when that fails.

This is first brought up while viewing a scene from Frank’s 1969 docu-film Me and My Brother, in which beat poet and Allen Ginsberg’s roommate Peter Orlovsky recites his newest piece at a small bar. Meanwhile, his brother Julius sits behind him on stage, nursing a beer and staring into space. Peter reveals that he just got Julius out a state mental hospital and will take care of his severely schizophrenic brother in the way he feels is best. But for Frank, Julius is nothing more than a prop for Peter’s art and ideals.

This feels more like a retelling of Frank’s first full-length foray into film. But when it’s revealed that Frank’s oldest son is also schizophrenic, it becomes a much more important point. Both Orlovsky and Frank do the most within their own powers to help but are each woefully unprepared for the toll that such a strong mental illness can take. At one point, Frank tells his son to “just be happy.” Not in a purposely callous way, but in more of a lost, exhausted, and desperate to help way. Juxtaposing both artists and their struggle to understand something that they, in the end, could not would have been a truly powerful story. Instead, both are regulated to little more than tentpoles in Frank’s biography.

The sad thing is, I doubt that Fox could have made that documentary even if he wanted to. Clearly, it took Robert Frank a decade and a half to come to grips with the topics he discussed, and the deaths of his children clearly took a toll on his happiness. As it is, it isn’t a bad documentary by any stretch. If released in 2004 as planned, fans of Frank would have found it more than engaging and indie film-goers may have discovered their new favorite artist much sooner in life. As a moment in time, Leaving Home, Coming Home does what it set out to do — even if it took a long time to get there.

Leaving Home, Coming Home: A Portrait of Robert Frank opens in limited release July 19. Get tickets for its run at the Gene Siskel Film Center here.