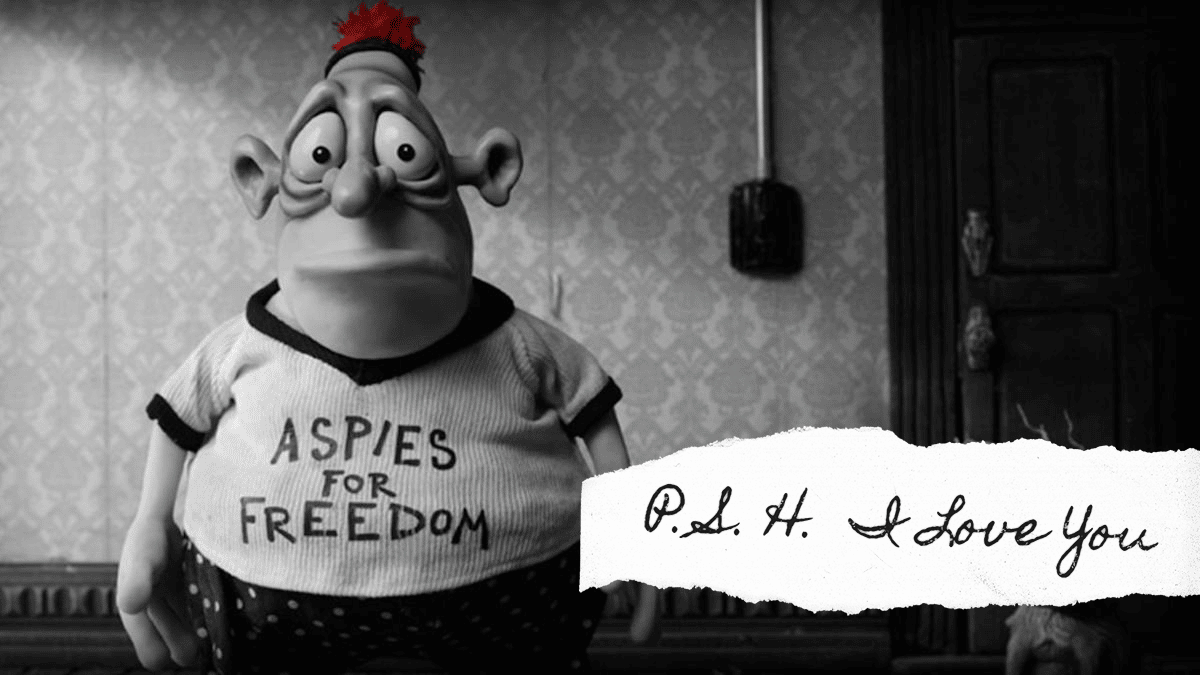 They should never have met—in fact, they never do. Mary (Toni Collette) is an eight-year-old growing up in Victoria, Australia, stuck with an alcoholic, kleptomaniac mom and a dad who prefers to spend his free time on taxidermy instead of hanging out with her. Max (Philip Seymour Hoffman) is an obese, formerly Orthodox Jewish man living in New York City. Mary’s doesn’t have many friends at school, in part because of a splotch-like birthmark on her forehead. Max struggles with a variety of mental and social impairments. Their common ground is loneliness.

Why should kids get all the fun of film outside the box of live-action cinema? Adam Elliot’s Mary and Max may lack the bombast of an Incredibles movie or a Frozen, but it’s a kind, convincing tale of people connecting with one other that could only be told through its claymation. Though the film boasts some impressive voice talent, we only ever hear Mary or Max in their letters to each other, a pen-friendship that begins when Mary spots Max’s name and address in the phonebook during a trip to the post office.

The bulk of the narrative’s told through narration, a choice that allows Elliot to avoid casting Mary or Max as the singular protagonist. We’re here for the story of their friendship, not either of their day-to-day. It’s not an instant connection. When Max reads Mary’s first letter (nicely packaged alongside some chocolates), it triggers an anxiety attack. Still, he writes her back.

Depicting Max was always going to be dicey. Midway through the film, he’s diagnosed with Asperger’s, and his ever-expanding waistline contributes to the type of character audiences aren’t used to seeing, let alone empathizing with. But the artifice of animation means that everything in Mary and Max looks somewhat foreign. On the whole, Max looks and sounds no more alien than anyone else in the film.

Hoffman incorporates Max’s traits without overplaying them, and together with Elliot’s writing and animation, the pair make Max a person instead of a caricature.

He shouldn’t. Max is not defined by his position on the autism spectrum, but his weathered, tired Noo Yawk drawl and his love of science fiction. As he writes to Mary, he enjoys playing the lottery and keeps wearing his Yarmulke even though he now identifies as an atheist. As usual, Hoffman incorporates Max’s traits without overplaying them, and together with Elliot’s writing and animation, the pair make Max a person instead of a caricature.

Of course, Elliot’s pudgy character designs—perhaps claymation in general—prime the viewer to expect a sentimental story. Indeed, Mary and Max reaches the brink of cheesy, but by the skin of its teeth and thanks to Elliot’s closeness to the material, the film avoids crossing into corny. We need other people even if being around them can be hard, even if learning how to communicate can be complicated and tricky. It’s a theme that runs through almost all of Hoffman’s roles, a message made all the more pressing in an age of social distancing and increased isolation.

“God gave us relatives. Thank God we can choose our friends,” reads the post-script.  Hoffman never worked in animation again. His only work in the medium balances lonely and friendly as well as the performer himself.