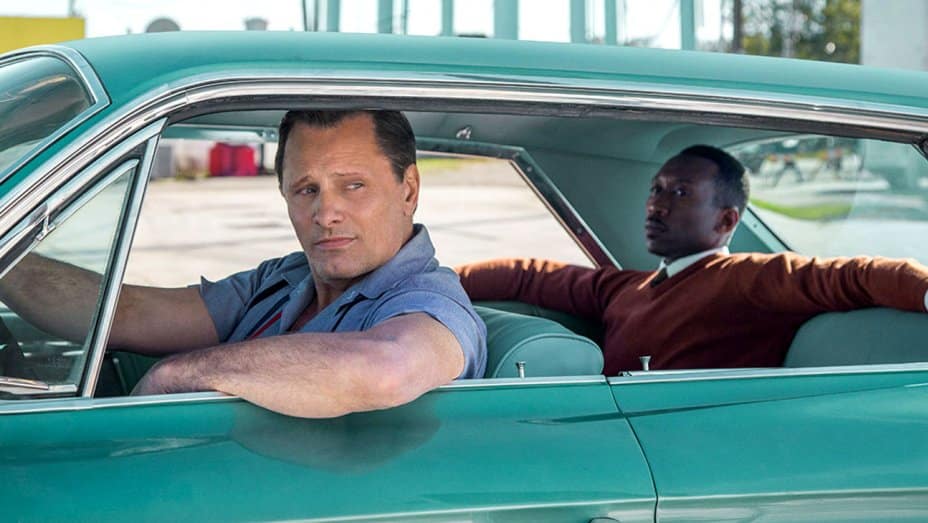 The discussion of racism in America is a Pandora’s box for Hollywood. On one hand, it’s a vastly important topic, with a million tiny tales to spin along the great American tapestry. But filmmakers often have to walk a razor’s edge – if the movie makes general audiences too uncomfortable, they won’t flock to theaters to see them.

As such, a lot of movies that deal with racism tend to focus on the mid-twentieth-century American South (à la The Help) and are generally paired with white characters realizing that racism is wrong through interaction with a talented black person (think Remember the Titans). It’s a very isolated, individual journey for its characters, and while this kind of film glances briefly at greater trends of the ways society treats black people, the focus tends to be on the personal arc between one or a small group of white characters. Green Book, the latest from Peter Farrelly (yes, of the Dumb and Dumber/Stuck on You Farrelly Brothers), doesn’t stray too far from these Hollywood truisms, though it does flirt with the broader implications of its characters’ actions and motivations.

Titled after The Negro Motorist Green Book, a guidebook aimed at helping black travelers stay in friendly accommodations in the Jim Crow South, Green Book is inspired by the real-life friendship of New York bouncer Tony “Tony Lip” Vallelonga (Viggo Mortensen) and piano virtuoso Dr. Don Shirley (Mahershala Ali). Tony is a Bronx born and raised tough guy, working as a bouncer at the Copacabana. When the club is closed for renovations, Tony takes a job working as a chauffeur and valet for gifted black pianist Shirley, who is about to embark on a tour of the deep South. As the two travel together, their friendship grows, and Tony begins to question his own racism as he sees the prejudice Shirley is subjected to while on tour.

Green Book is an odd couple road movie at its heart and doesn’t innovate the formula overmuch. Ali’s Shirley is erudite and refined, while Mortensen’s Vallelonga is portrayed pretty much like a big meathead. The beginning of the film focuses on Vallelonga’s day to day life, filled with buckets of machismo: bar fights, hot dog eating contests, and offers to work for the mob. He is a pillar of his tight-knit Italian community in the Bronx. Shirley, on the other hand, is a loner, isolated from others. The camera sets him apart, alone in the back seat of the car, set off while on stage, sitting alone on the balcony of his hotel, watching the other two members of his trio talk to women. As one would expect, the two don’t mesh at first but become close friends through the film. Luckily, both Mortensen and Ali give excellent performances, and the chemistry between the two seems genuine. Ali is a great comic foil to Mortensen’s wise guy, and the two get plenty of chances to shine – one especially touching plot thread involves Shirley playing Cyrano for Vallelonga as he writes love letters to his wife.

Of course, its subject matter makes Green Book an inherent commentary on racism in America. With the NFL protests being a cultural touchstone the last few years, this story set in the 1960’s is still depressingly salient. When Shirley performs, Farrelly repeatedly shows us that the audience is almost exclusively white. Many of the concert venues are at private residences or galas, and the wait staff at these events are generally black. Despite his talents, accomplishment, and education, Shirley is keenly aware that, to his white patrons, he is still considered to be like the help – allowed into white spaces solely to serve white people. Conversely, Shirley feels alienated from other black people in America. Ali poignantly expresses Shirley’s frustration and isolation when he confronts Tony after Tony says he’s blacker than him. His argument is that he knows more about what he perceives to be black culture than Shirley, since he’s working-class. It’s a powerful moment that highlights some of the unexpected ways in which black erasure can occur, even from the most well-meaning white allies.

Green Book explores the kind of broad obvious racism Shirley experiences in the South that one would expect in a movie like this: getting harassed at a bar, being forced to stay at separate hotels from Tony (hence the need for the titular Green Book), not being able to use the facilities at the places he performs, and enduring abuse from the police.

Jim Crow is an especially egregious and overt form of racism, but it’s not the only type Farrelly explores. Even when they’re in the North, more subtle, pernicious forms of racial animus appear. When Tony wakes up, he finds his house full of friends and relatives, because they wanted to make sure Tony’s wife wasn’t alone with some black workers. Tony himself throws away the glasses his wife offers these workers to drink from. It seems kind of incongruous when we watch Tony get upset over Southerners’ treatment towards Shirley. Shirley does call out Tony for this, asking Tony how he would be treated if he went to a bar in Tony’s neighborhood. Shirley also calls Tony out for his white privilege, and Tony fires back about how prejudiced and hurtful it is for Shirley to say that – seeming to echo the current cries of “reverse racism” when black people discuss racism in America today. While Tony does grow and confront his family members over their use of racial slurs, it would have been a nice touch to see Tony realize how he benefits from his whiteness.

The film also doesn’t spend much time discussing Shirley’s homosexuality, with only one scene revealing that he’s gay. It would have been good to see the intersection of race, class, and sexuality. But it’s also understandable how this may be too much for one film to tackle, especially one geared at such a broad, crowd-pleasing audience.

Green Book succeeds where many films of this type of struggle, touching on broader issues of racism while also managing to avoid ruffling too many feathers. While it can sometimes be a bit cheesy – especially its overuse of overwrought orchestral swells right out of a made-for-TV special – it remains compelling and entertaining. Farrelly’s surprisingly nuanced work dances around the broader implications of white privilege by focusing squarely on the dynamic between two individuals. Hopefully, it can plant seeds for those who believe racism is solely an evil from America’s past to think about how it still impacts the present. 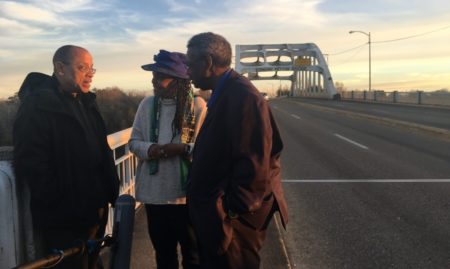 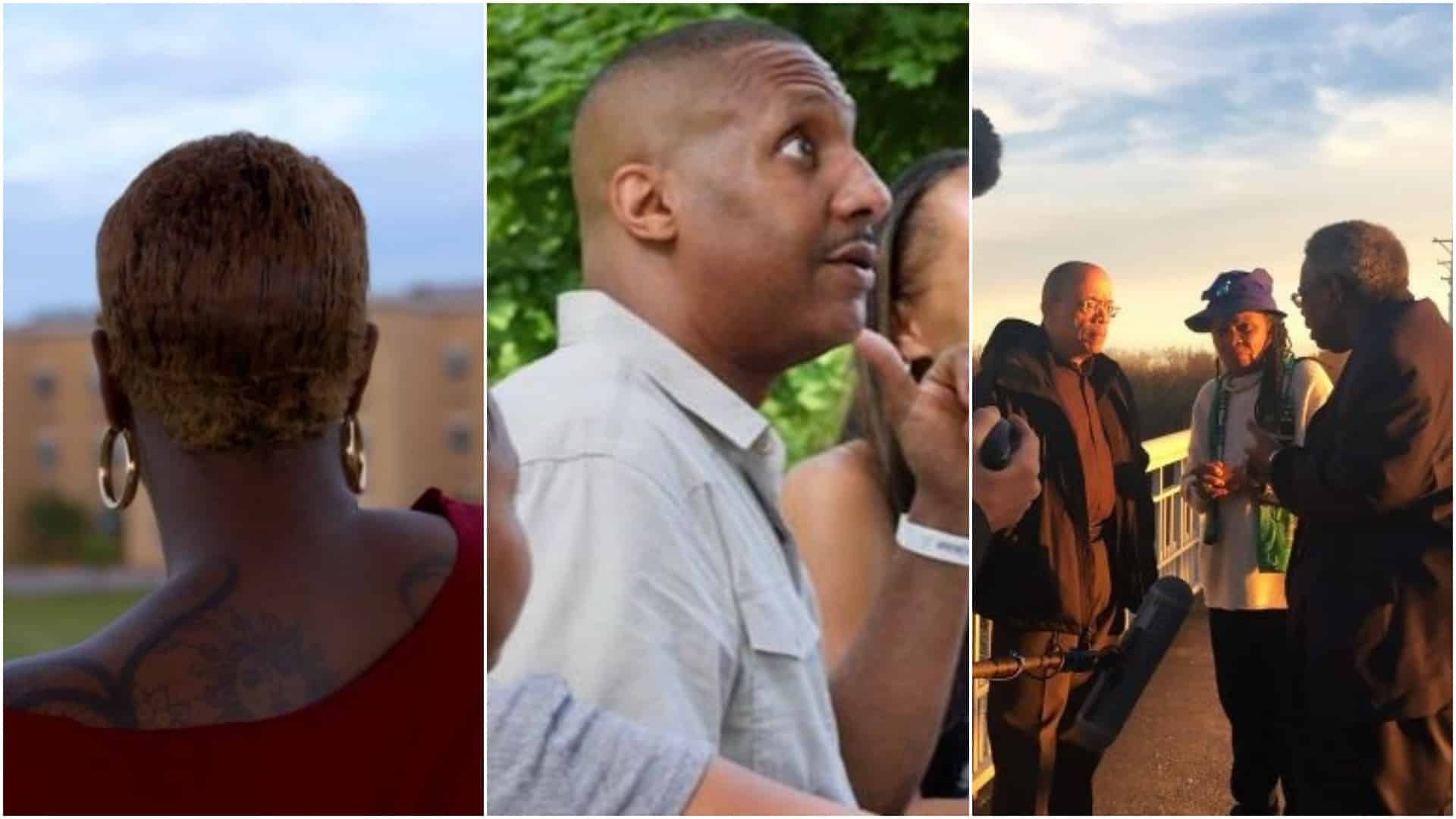 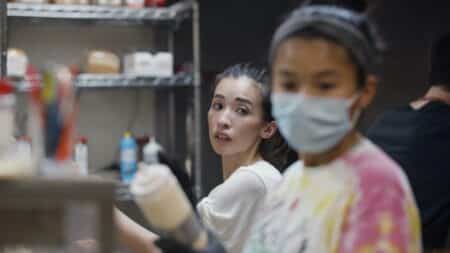 Bad Axe is a brilliant, humanistic portrait of an immigrant family weathering COVID and the Trump era

David Siev's love letter to his family is a heartwarming and empathetic look at the twin horrors of Trump-era racism and the stressors of the COVID-19 pandemic.