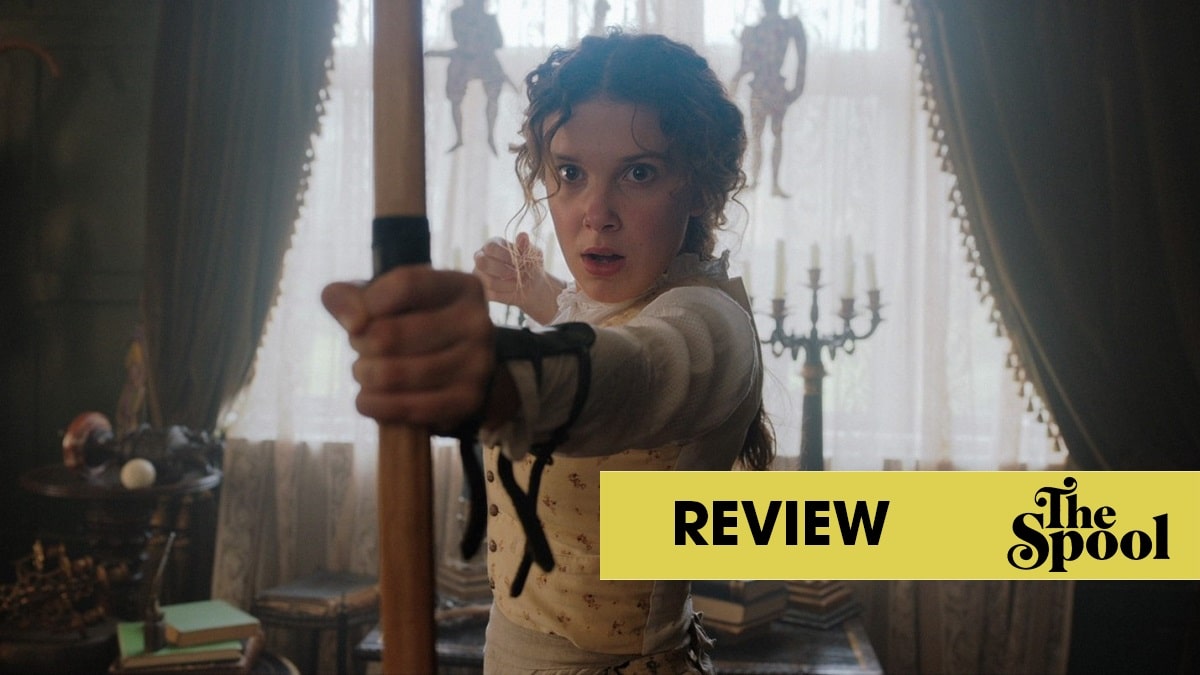 Netflix’s latest is a whimsical re-imagining of Sherlock Holmes buoyed only by Brown’s charming performance.

There have been numerous attempts to breathe more life, humanity, and even whimsy into Sherlock Holmes. From Robert Downey Jr.’s successful franchise to the BBC adaptation with Benedict Cumberbatch to 1985’s mystery-adventure film Young Sherlock Holmes, modern audiences always want more from the world’s most famous detective. But in Enola Holmes, the fun comes from leaving Sherlock more or less in the dust.

Instead, we focus on his spritely teenage sister, Enola (Millie Bobby Brown). Raised by their enigmatic and fiercely independent mother (Helena Bonham Carter), Enola is a wild child. She wears her hair loose, marks the score from her indoor tennis games directly on the walls, and of course practices jujitsu (under mother’s tutelage, obviously).

So when she wakes up on her 16th birthday to find her mother has vanished, Enola’s whole world comes tumbling down. It’s immediately clear that her famous brothers Sherlock (Henry Cavill) and Mycroft (Sam Claflin) will be of little help, so it’s up to Enola to crack the case. But things aren’t so simple: she’s soon embroiled in another mystery, that of a missing marquess. Cue action and intrigue.

Swapping out the traditionally cold and detached Holmes for a young girl seems like the perfect under-explored direction to take the classic character, but it turns out the film’s real bit of perfection is in its casting of Brown. She single-handedly carries the film with a playful and spritely charm we’ve never seen from her before. In her direct addresses to the audience, it’s like being invited to play with the most exciting girl in school.

But that’s about the only truly exciting thing about Enola Holmes. Director Harry Bradbeer does his best to keep a bloated 124-minute script on track and mostly succeeds. It’s almost certainly his touch that makes the moments where Enola breaks the fourth wall so captivating—after all, he directed some of the best caught on screen in the critically acclaimed Fleabag. He also knows how to make the world of Enola Holmes perfectly storybook-esque. The countryside is inviting and dreamlike with warm sunbeam-dappled meadows and forests. Even famously gritty 19th-century London feels appropriately whimsical through Bradbeer’s eye, but none of this can salvage the convoluted plot.

Full of twists that fail to surprise and action that fails to excite, the issue at the core of Enola Holmes lies in its inability to properly dramatize relationships. It spends so much effort on embellishing the turns of its tale—Speeding trains! Explosions! Murder!—that it forgets to make you invested in what Enola is really after.

Ultimately, the film’s good intentions when coupled with Millie Bobby Brown’s charm only make for a passable feature.

We know she loves her mother and that her mother loves her, but the film doesn’t really explore Enola’s feelings about her mother’s disappearance or the very quick realization that she hasn’t disappeared at all; she simply left. Where is Enola’s anger? Or sadness? Or fear? Or sense of abandonment?

Her relationship with her brothers is even more confounding. It’s difficult to understand what kind of relationship they actually want with each other, and how they feel about where they’ve ended up. All of this should be a rich vein of family dynamics worth exploring. Instead, the film glosses over it to plop in a half-baked love story for Enola.

Any of these directions, had the film honed in on one of them, would have made for a far more compelling narrative. It probably could have easily tackled them all in more capable hands, but here the run time drags on without any real drama to keep us interested.

Sure, you can follow along with a general curiosity about where the plot is going, but neither Bradbeer nor screenwriters Nancy Springer and Jack Thorne know how to make you invested in that plot.

That said, Enola does deserve some accolades for choosing to make feminism a central theme in the story instead of merely tossing in a girl and calling it a day. No, it actually makes a valiant attempt to explore the real political upheaval happening at the time, even pointedly referencing Mary Wollstonecraft’s feminist treatise and working in a bit about reform referendums.

But the accolades stop there. Ultimately, the film’s good intentions when coupled with Millie Bobby Brown’s charm only make for a passable feature. It’d be easier to recommend were it not for the running time, which continues Hollywood’s current obsession with making every film no matter how trivial over two hours long. If nothing else, hopefully this is the beginning of Brown exploring her range and we’ll soon see her in something more worthy of her talents. 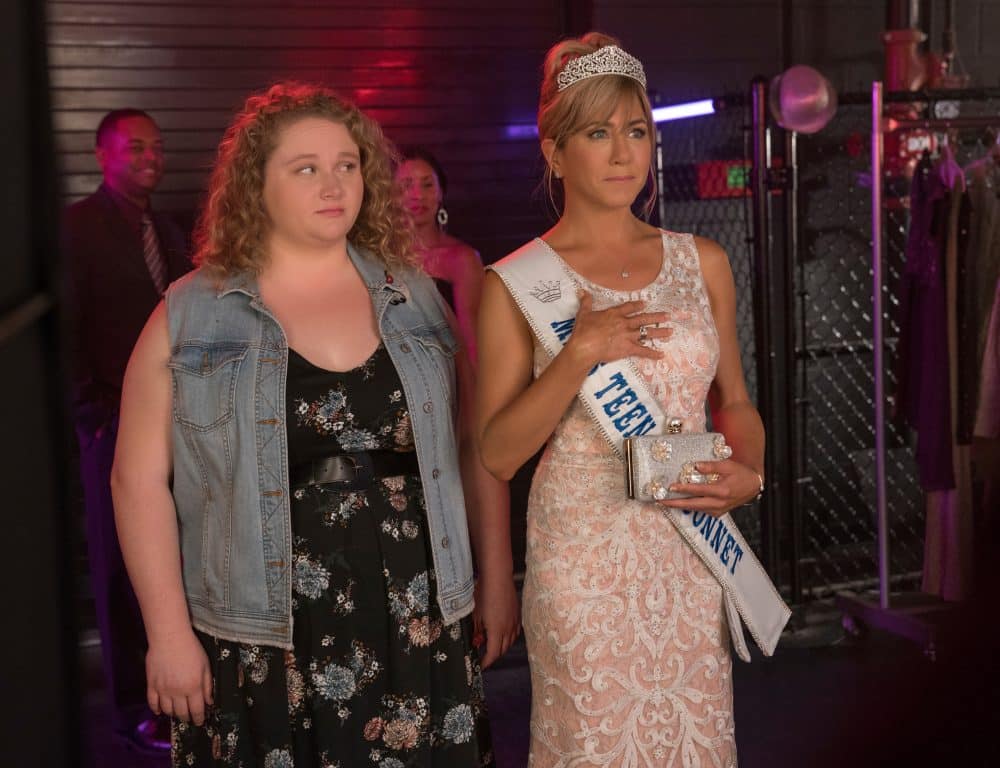 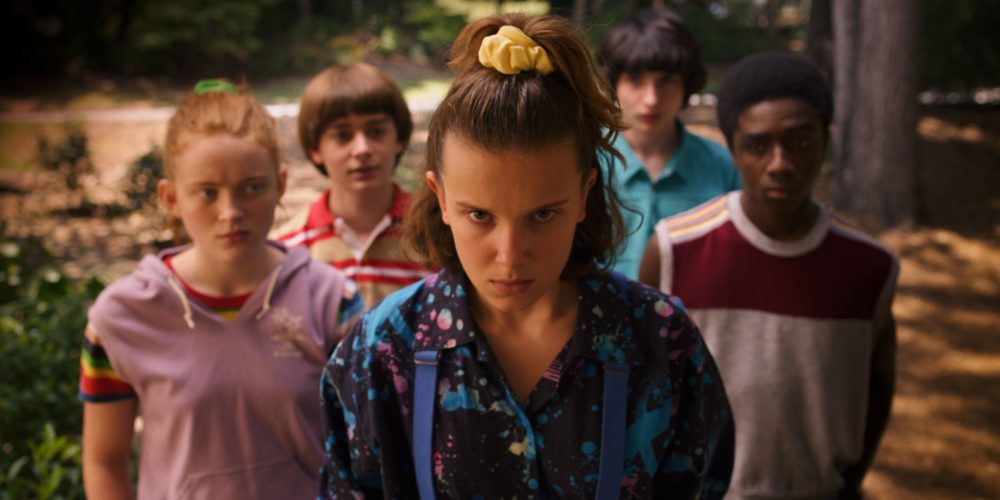