Our contestants are kneading, proving, and slapping their dough while creating classic bakes, ending with a towering Swedish sandwich cake showstopper.

It’s Bread Week in the tent for this week’s episode of The Great British Baking Show, a perennial favorite of “Prince of Yeast” Paul Hollywood. At the top of the episode, we learn that Rebs and Abdul are “under the weather” this week, so they won’t be competing this week. While glad to hear the GBBO tent takes health and wellness seriously, a part of me wonders what this might mean for judging at the end.

Most of the weeks thus far have involved sweet bakes. This week looks to move the bakers into a savory zone, starting with a pizza signature challenge. The bakers have two hours to create two pizzas. Two hours to get a proper proof on the dough? It is going to be tough. Adding to the challenge, the bakers have to top their pizzas. Paul and Prue are looking beyond a basic cheese – they want innovation!

As the challenge progresses, James and Syabira seem to have the most issues with their bakes. Syabira has to restart her dough over, as her beetroot dough wasn’t working. James has issues with his dough not rising. Paul makes his rounds, disapproving of nearly everyone’s kneading methods. Honestly, it looks like kneading to me, so I’m not sure what Paul is going on about.

Judging commences, and some highlights include Sandro’s heart-shaped bbq pizza with a camembert stuffed crust. Syabira’s Malaysian-inspired pizza had a good sourdough and yeast bake (even if the chile toppings overwhelmed the other flavors). Overall, there weren’t many failures, and just a few bakers fell short. Dawn’s Mexican topping pizza was bland (as she topped her pizza with weird stew meat and a mystery red sauce … I, too, had doubts that she would create a tasty Mexican pizza). Carole’s French-inspired pizza may have tasted divine, but there was too much cheese. And Kevin’s dough looked dead, according to the judges, which is no surprise as he had proving issues.

Next up is the signature challenge, as set by Paul. He tasks the bakers with creating 12 identical pain aux raisins. Paul has also specified that he doesn’t want tails, so we’ll see how many bakers can tuck their rolls to prevent a dreaded tail. Prue calls out Paul that this challenge “isn’t bread.” Paul counters that technically it’s an enriched dough, and it will require the bakers to laminate their dough to get those iconic flakey layers. It’s also a challenge that will show the judges who can make a classic creme pat, so Paul is testing multiple techniques now.

The technical gets on, and Kevin has problems with proving again. He also has a very runny creme pat, so his fillings are going everywhere on the rolls. Carole also makes a mistake in packing her rolls on one sheet, meaning they don’t have the room to spread out properly. And James has those dreaded tails!

The technical rankings are as followed: Carole (8), Kevin (7), Dawn (6), Syabira (5), Sandro (4), James (3), Maxy (2), and Janusz (1). Interesting that James has the tails and ended up in third. Maxy and Janusz had shop-worthy pain aux raisins. And poor Carole and Kevin will need a miracle in the showstopper to stay in the game.

This week’s showstopper is the legendary smörgåstårta. It is a Swedish sandwich cake, usually filled with intricate layers of sandwich fillings, separated by layers of bread, and covered with a savory layer and decorative topping that resembles a dessert cake. Most of the bakers are unfamiliar with the smörgåstårta, but all eyes are on Maxy, the Swedish-born baker who feels the pressure to take one home for Sweden.

It’s a tough challenge for the bakers, as they have to create a savory layered cake using slices of bread. They have to bake multiple loaves of bread, create full-flavored fillings, and elaborately decorate their cakes in 4 ½ hours. The bakers have to ensure their loaves are cooled before they start slicing them; if their bread is too warm, it will tear. The pressure is on!

Overall, the bakers get on fine with the bakes. Sandro even finishes with enough time to clean his workstation. At the judging table, two bakers wow the judges with their cakes. Janusz’s elevated take on fish and chips won Prue’s approval. Syabira also won over Paul and Prue with her Malaysian flavors, all under a vibrantly decorated cake. Bakers who failed to win over the judges are Carole (they thought her bread was a bit dry), Kevin (again, his bread was too dry), and Dawn (Paul dinged her on leaving out essential spices, like coriander, in her chicken-souvlaki filling).

At the end of the episode, Janusz is crowned Star Baker! A well-earned title, as his showstopper really impressed Paul and Prue. The departing baker this week … is no one! The judges felt that overall, the quality of the bakes and the absent Rebs and Adbul meant it would be unfair to send anyone home this week. It means they could send two people home in the following weeks. 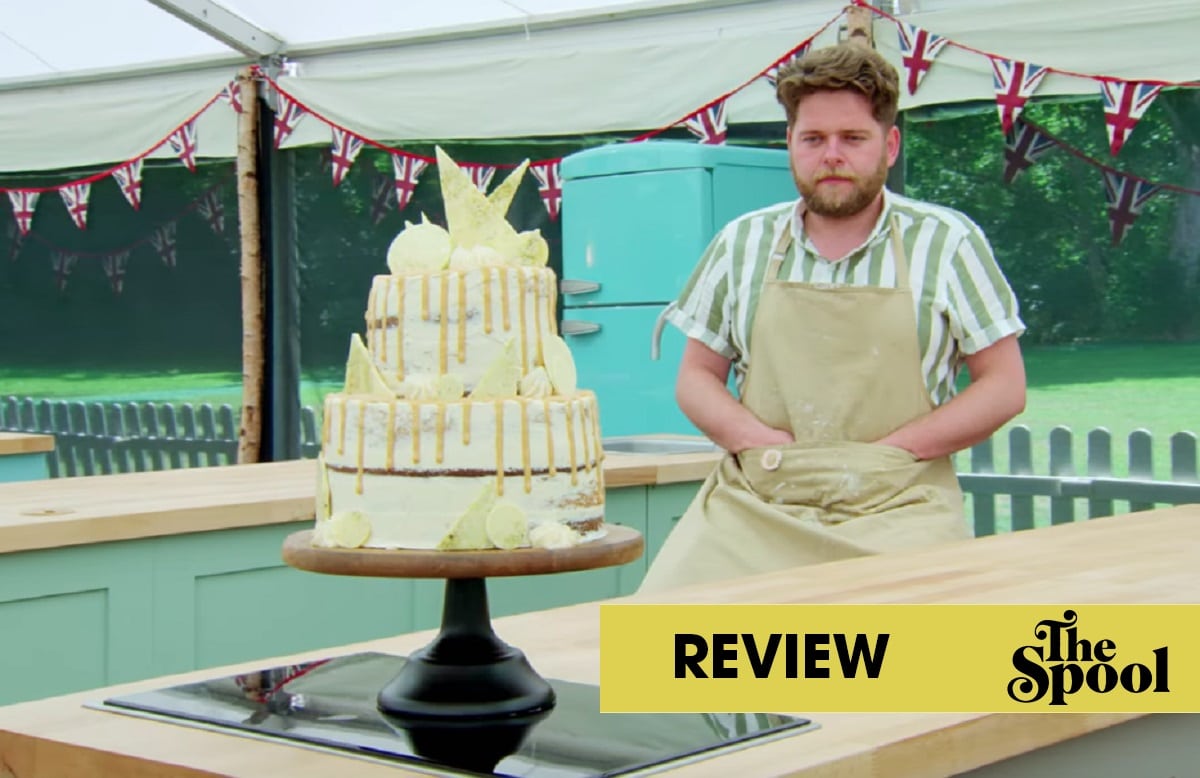 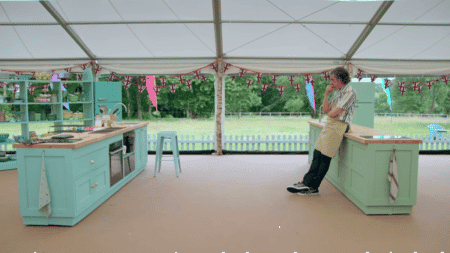