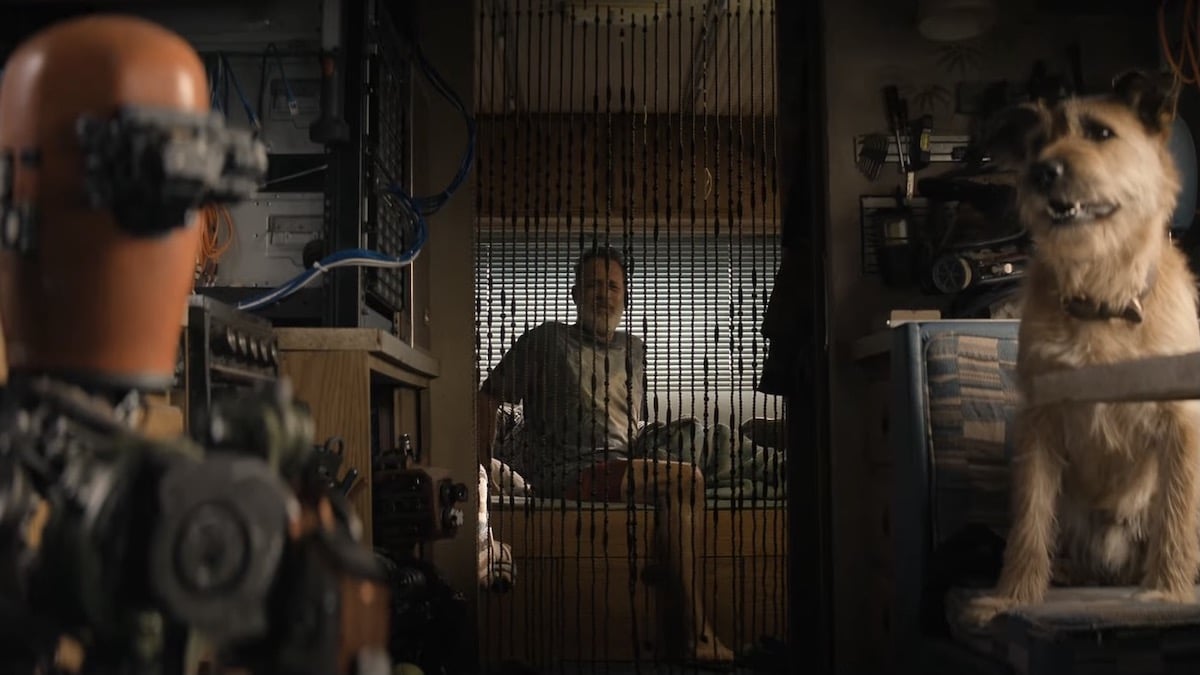 Tom Hanks brings his usual sweetness & grace to a touching, if not terribly original story of hope & companionship after an apocalypse.

I must admit something upfront: I am incapable of fairly reviewing a Tom Hanks movie. I simply love him too much. Not in a thirst Tweet way, but rather in an “America’s Dad” way. I would trust him to sell me a car, even if he had never sold a car before in his life. He simply cannot do any wrong in my eyes. While it’s true that Hanks hasn’t appeared in a film that, on its own merits, was more than just “fine” since 2013’s Captain Phillips, even his recent work remains at least watchable, thanks to the warmth and humanity he brings to every performance. So too does he in Finch, Miguel Sapochnik’s sci-fi drama that wins no points for originality, but still works, thanks (T. Hanks?) to its star.

Sometime in the all too plausible near future, a solar flare has destroyed much of the United States, along with humans, animals and plant life. Robotics engineer Finch Weinberg (Hanks) is for all appearances the lone survivor of this event, scavenging what’s left of downtown St. Louis with the help of his dog, Goodyear, and a DIY scrap metal robot. Though it’s never really explained how Finch managed to survive such a cataclysmic event, it’s gradually catching up to him as well. Less worried about facing death than what will become of his beloved Goodyear, Finch sets about constructing a far more advanced robot to take over for him when the inevitable finally happens.

The robot, which eventually calls himself Jeff (voiced wonderfully, if not a little eerily, by Caleb Landry Jones), is perhaps Finch’s greatest invention, initially just a blank slate to be crammed with information, but soon reflecting the initiative, grace and decency of his creator. In teaching Jeff how to walk, how to speak, and essentially everything he knows (even how to drive), Finch is, of course, raising the son he never had (or may have lost in the disaster), only in hyperspeed. That symbolism is all the more apparent when an increasingly ailing Finch must begin to rely on Jeff to do many of the things he was once able to do himself, and to care for him in his waning days.

With a devastating storm on the horizon, and Finch’s time on the remnants of Earth running out, he, Jeff and Goodyear hit the road in a souped up RV for San Francisco, where Finch has never been, but he clings to a postcard of the Golden Gate Bridge like a totem. More pressing than seeing the bridge, and surviving the fallout of the solar flare, is ensuring that Jeff has gained enough human qualities to be the companion and friend Goodyear needs, after Finch is gone for good.

You’d be forgiven for rolling your eyes at the idea of yet another quirky road trip movie, particularly one involving a dying person. And yet, Hanks’ weary, weathered face, his eyes somehow sad and sparkling at the same time, sells the hell out of it. The ending of Finch is predictable, yes, but only the most hardened cynic wouldn’t be at least a tiny bit moved by it. I don’t know that any other currently living actor could have pulled off such a trite plot, particularly when it has such shamelessly on the nose moments as Finch looking meaningfully at a battered copy of The Little Prince, or a driving montage set to Talking Heads’ “Road to Nowhere.” Nevertheless, Hanks gives his usual 110% to his performance, and when he expresses joy and wonder at Jeff’s abilities, and sorrow over the end of his own life, it’s enough to lift the whole movie up and make you forget you’ve seen this kind of thing dozens of times before.

The stunning cinematography by Jo Willems also helps, particularly during one gripping scene where the RV is followed on a highway during a nighttime storm by someone we never see, but almost certainly means Finch and Jeff harm. Other than a single flashback, it’s thankfully Finch’s only on-screen encounter with other people, lest the movie diverge into tiresome Walking Dead-esque “humans are the real danger” pastiche. Finch is a one man show–well, one and a half, counting Jeff. But he’s getting there, thanks to Finch’s patient guidance. When Jeff laments that Goodyear doesn’t like him, Finch is reassuring: “You two will figure it out. Trust me.” Jeff does. And you know what? I do too. 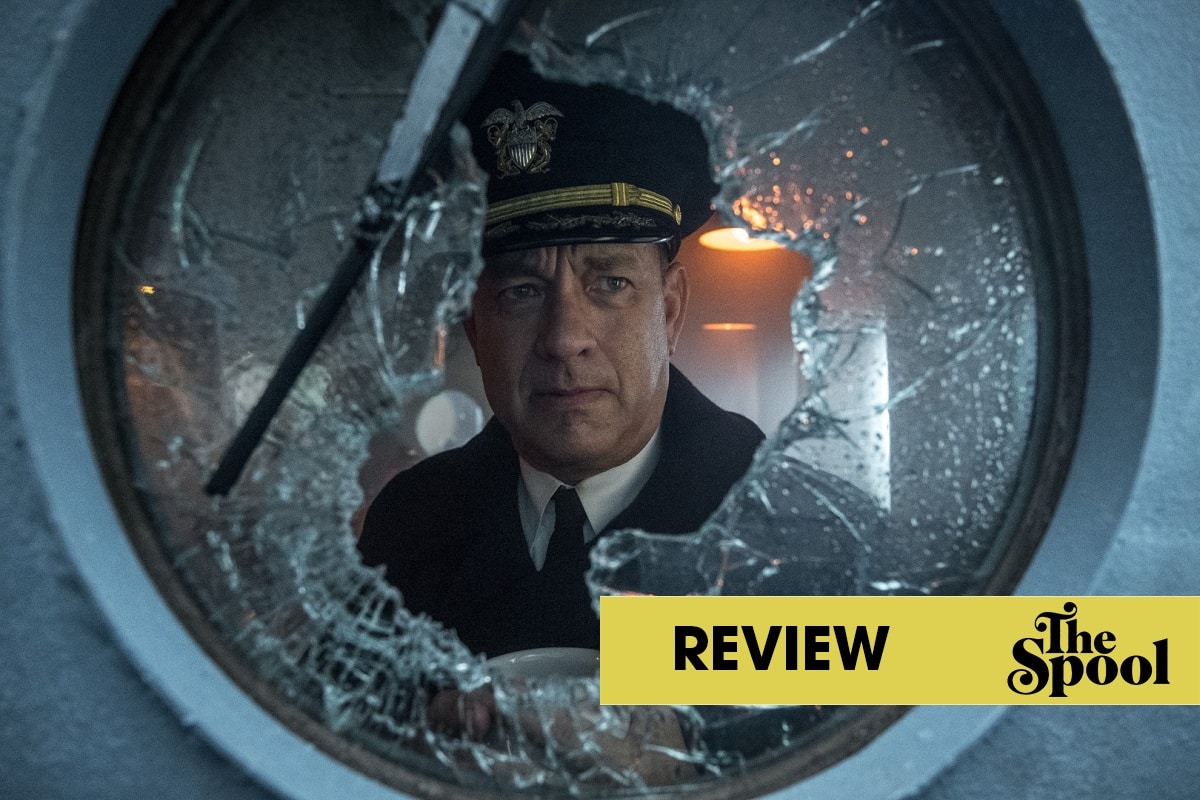 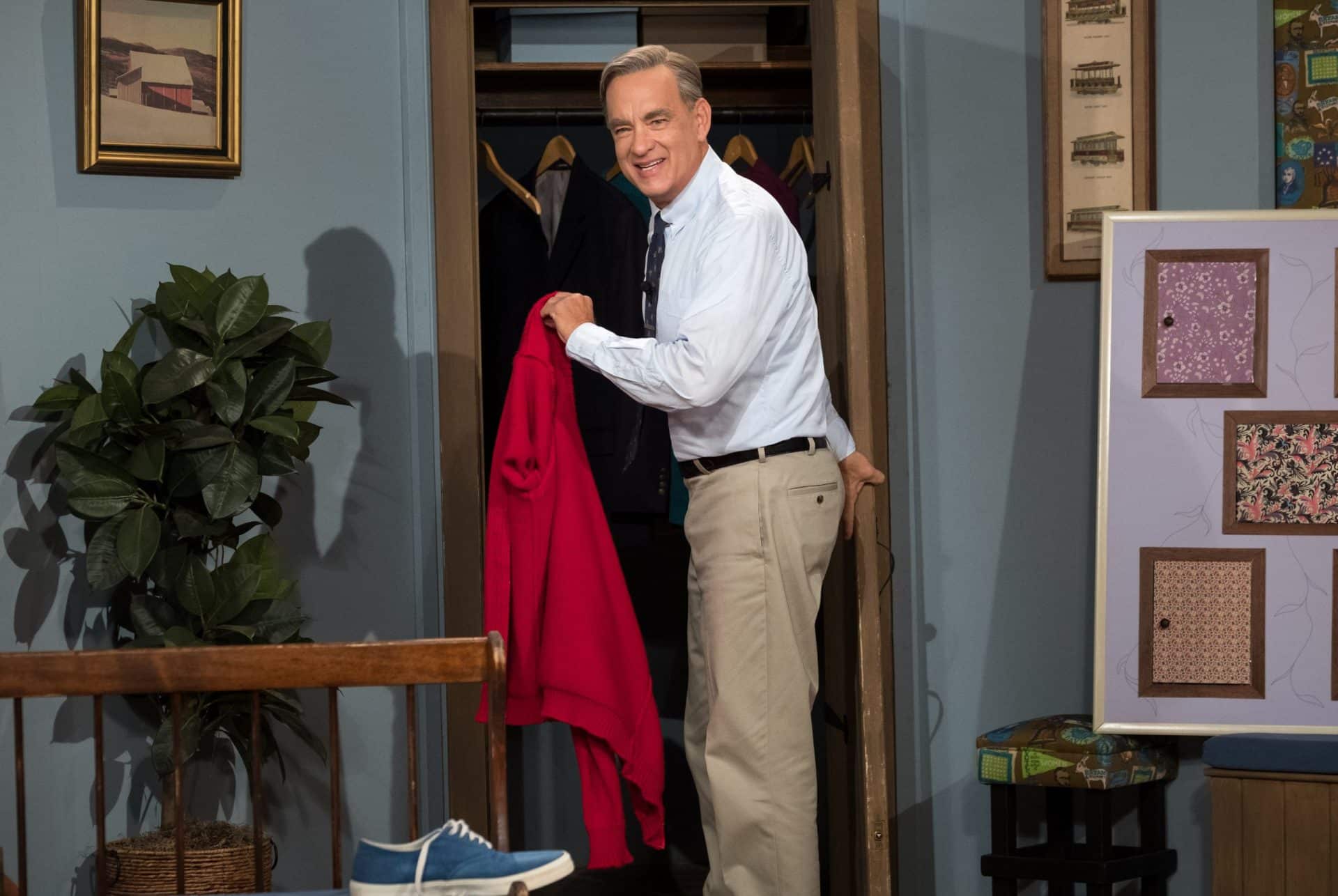 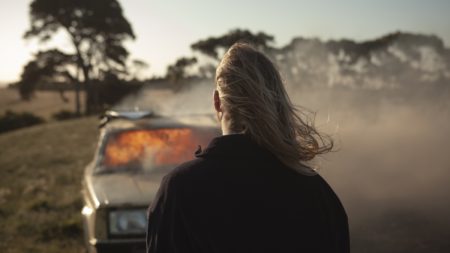