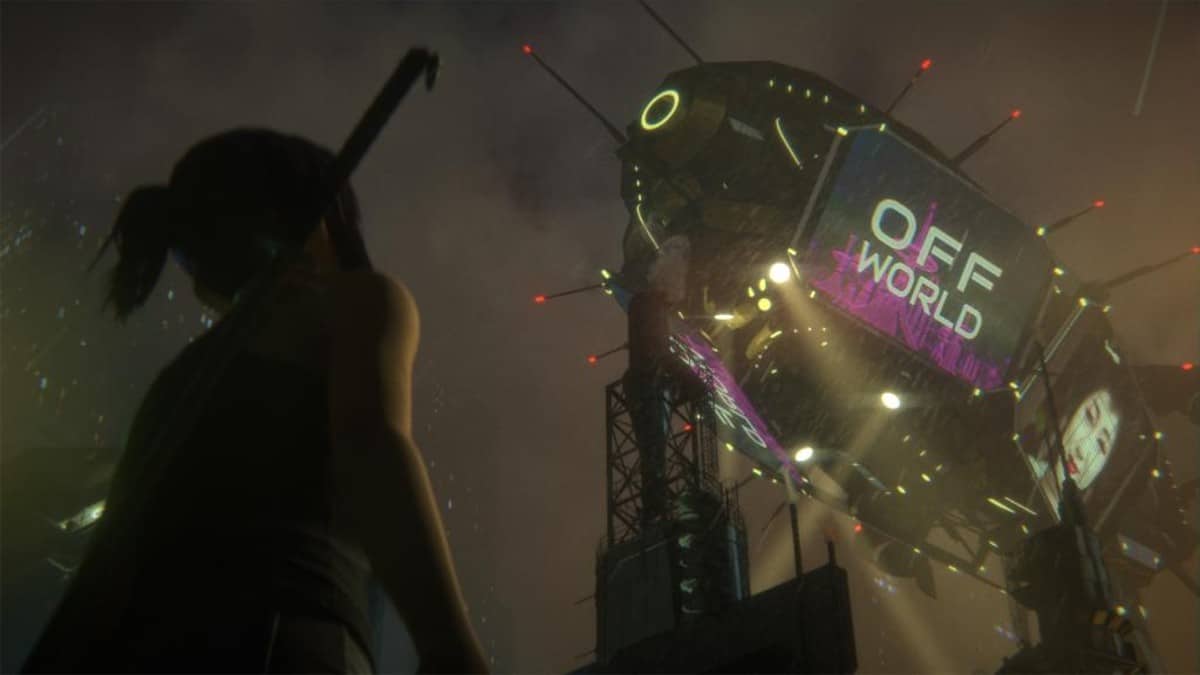 Directors Shinji Aramaki and Kenji Kamiyama have crafted a compelling mystery built on one of the unexplored parts of Blade Runner‘s history.

Los Angeles. 2032. 13 years after Blade Runner Rick Deckard completed his last job for the LAPD. Ten years after the nuclear blackout that wiped the city’s history clean. Four years before the brilliant but utterly vicious industrialist Niander Wallace will successfully lobby for the re-legalization of the artificial humanoids called Replicants. Seventeen years before Replicant Blade Runner KD6-3.7 will be assigned to retire rogue Replicant Sapper Morton. A young woman named Elle (voiced by Jessica Henwick of the upcoming The Matrix Resurrections) wakes up in the back of an automated shipping truck. Her memory is a shamble. The only clues she has to her identity are a mysterious device she cannot unlock, inexplicable and ferocious combat skills, and a beautiful tattoo of a black lotus on her back.

The city, for all its cops, rogues, and power players, may hold the answers Elle seeks. But they aren’t the sort of answers that lead to conclusions and catharsis. No, they’re the sort of answers that demand further investigation, further descent into the morass of humanity’s bleakest selves. Fortunately, Elle has allies—information-and-everything-else broker Doc Badger (voiced by Barkhad Abdi, reprising his role from Blade Runner 2049) and the burnt-out but in-the-know tech expert Joseph (voiced by Yakuza: Like a Dragon‘s Will Yun Lee).

Meanwhile, in their palatial estate, Wallace (voiced by Wes Bentley, replacing 2049‘s Jared Leto) and his father, Wallace Sr. (voiced by Succession‘s Brian Cox) scheme separate schemes. Wallace Sr. is a capitalist. Wallace Jr. wants to be God. And LAPD detective Alani Davis (voiced by Samira Wiley of Orange is the New Black) is pulled into an investigation that may have drastic consequences for Los Angeles—and perhaps even humanity as a whole.

I rather dig Blade Runner: Black Lotus. Directors Shinji Aramaki and Kamiyama made their names on science fiction anime that range from well-regarded (including the 2004 3D CGI anime Appleseed and its 2007 sequel Ex Machina for Aaramaki and Eden of the East for Kamiyama) to full-blown classics of the genre (Metal Skin Panic MADOX-01 for Aramaki and Ghost in the Shell: Stand-Alone Complex for Kamiyama). They’ve also collaborated previously on another 3D science fiction anime: Netflix’s Ghost in the Shell: SAC_2045.

With Black Lotus, the duo and their team have crafted a Blade Runner story that—in the two episodes watched for this review—recalls Salvador Larocca and Kieron Gillen’s excellent Darth Vader comic from 2015: it answers some of the questions that the gap between Blade Runner and 2049 asks through a narrative that adds to Blade Runner rather than just explaining it. Yes, there are frustrations: moments where it’s clear that certain parts of an episode had their craft prioritized over others and an important supporting vocal performance that’s noticeably stiffer than the primary cast’s strong work. But far more of Black Lotus succeeds than fails.

With the caveat that the look and feel of 3D anime is an acquired taste with a mixed reputation (Aramaki’s Appleseed films, for instance, look good and move well. Other cases, some of them quite recent, have tripped right over their own feet.) Blade Runner: Black Lotus is by and large a damn good-looking show. 2032’s Los Angeles is closer to the rain-soaked metropolis of Blade Runner than the snow-choked city of 2049. The darkness cast by the megaskyscrapers and ongoing climate collapse is deep, and the classical architecture and graffiti that survive contrast sharply with the newer but swiftly stained and impersonal architecture of the future.

Black Lotus‘ visual craft really shines during Elle’s fight scenes. She’s a tremendously skilled martial artist, but many of her opponents have the advantage in terms of physical strength, size, and reach. So Elle takes them on by turning their strength against them (using a goon’s momentum to run him into a wall) and being ruthlessly pragmatic (when she goes to take on a group of goons who she knows can fight, she brings a sword). The result is clear (even amidst Blade Runner‘s trademark darkness), creative, kinetic action that expands both Elle’s character and the mystery of her identity. In other words, really, really fine storytelling (that said, the strength of Elle’s action scenes makes a rather poorly crafted and plastic-looking boxing match stand out all the more).

Blade Runner: Black Lotus is by and large a damn good-looking show.

Likewise, Henwick does very fine work as Elle, and she’s joined by a game cast. There have been cases where big-name actors have delivered flat, disappointing work as voice actors. Black Lotus is not one of these. Henwick, whose previous voice work includes the Netflix animated series Blood of Zeus, builds a baseline of confusion and certainty for Elle. She does not start the series knowing who she is, or what she must do, but she does know what she can do, and that if she wants answers, she’ll need to be active in her search for them. Henwick’s performance is crucial to Elle working as a character, to her coming across as more than just a question mark.

Henwick is matched by Lee and Cox, both of whom have done a fair amount of voice work themselves. Lee’s Joseph is world-weary and apathetic but maintains a certain professionalism despite himself. Cox’s Wallace Sr. makes for a fine contrast to Blade Runner‘s past and future tycoons. He’s cooly pragmatic where Joe Turkel’s Tyrell was oddly avuncular, grounded in the reality of money where Bentley and Leto’s Wallace Jr. is starting to insist on (and in later years resolute on) his Godhood.

While Abdi only had one scene in 2049, it’s neat to hear his interpretation of Doc Badger as a younger man, someone who’s seen a lot, but is still a ways off from being the expert mover and shaker he’ll be in the future (that said, design-wise it’s disappointing that the animated Doc Badger is noticeably lighter-skinned than Abdi himself). And I’m curious to see where Wiley will take Detective Davis, a cop whose generation by and large has not engaged with Replicants due to their banning. While a guest performance in episode 2 is disappointingly one-note “Grr. EEEVVVIIILLL!” the vast majority of Blade Runner: Black Lotus‘ dub is quite strong.

All told, I’d say Blade Runner: Black Lotus is well worth giving a shot for folks who dig the series and humanity-pondering science fiction as a whole. Its story offers space for the thoughtful pondering that frequently marks great science fiction while expanding on the history and shape of Blade Runner‘s world in intriguing ways. Its action is strong, especially Elle’s choreography. And the English-language voice cast does very, very fine work. I plan to keep up with Black Lotus. I’m very curious to see where it’ll go and how it’ll get there. 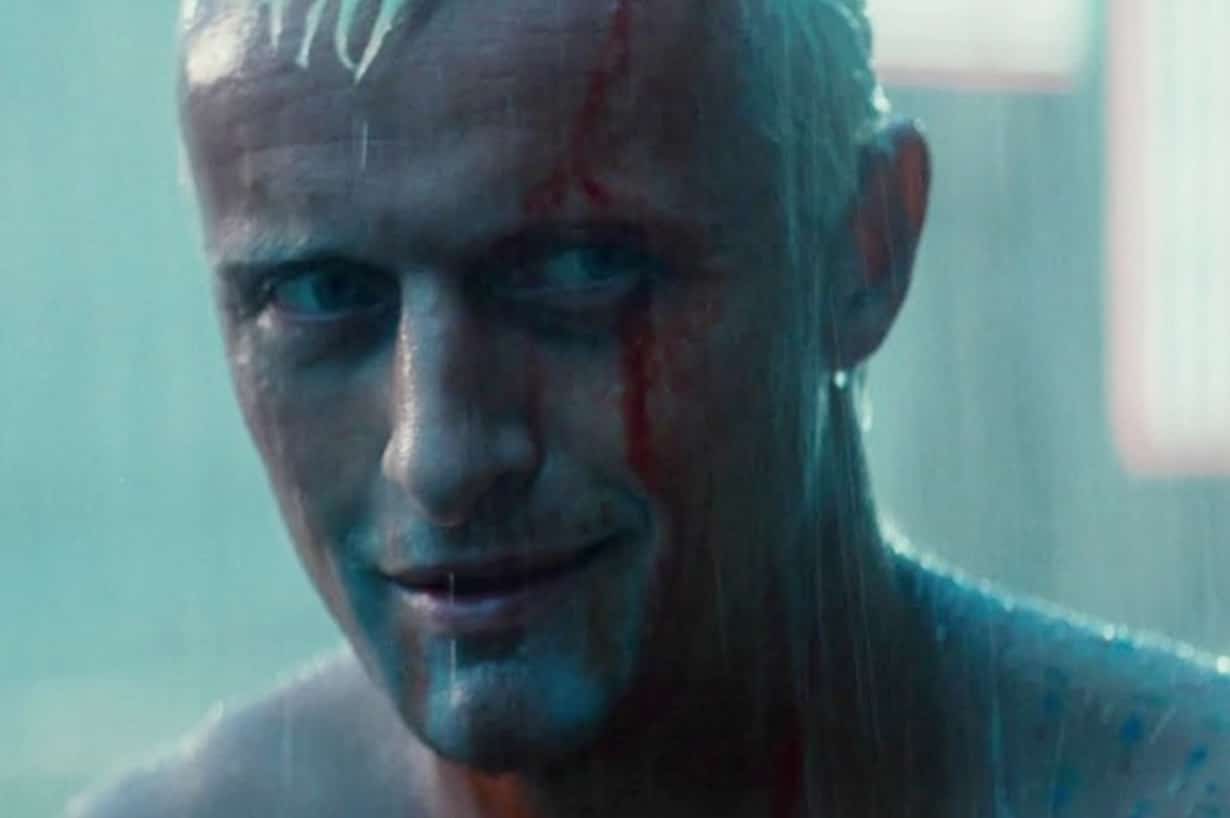 Remembering the actor who brought a weird energy & dignity to even the most B-grade films. 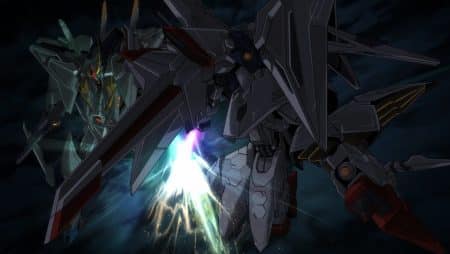 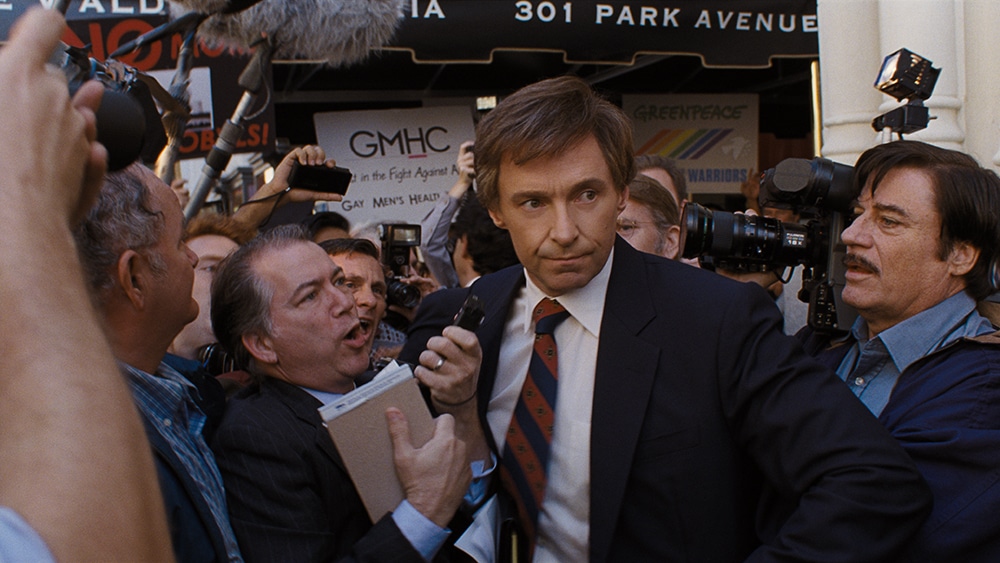 Despite a stellar cast and some good intentions, Jason Reitman’s political drama about the rise of the tabloid age does a little too much finger-wagging..