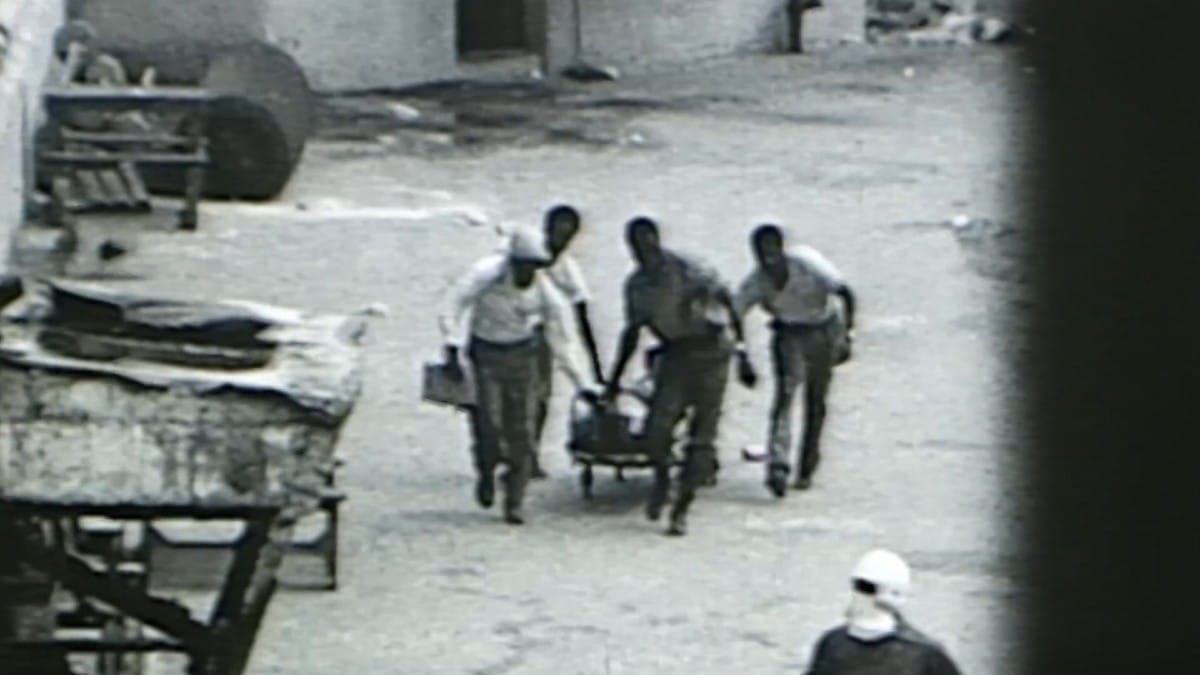 Traci Curry and Stanley Nelson’s documentary is a brutal, uncompromising take on the 1971 Attica Prison Riot and the inhumanity of the criminal justice system.

In the final hours of the 1971 Attica Prison Riot, a helicopter circled the nearly 1,300 prisoners of the Attica Correctional Facility in upstate New York. It blared the words, “You will not be harmed,” assuming the inmates would be spared any violence if they cooperated. While this phrase repeats, correctional officers and state troopers open fire on the prisoners, killing and injuring those that were fighting for basic human rights. That moment could represent the entire carnage of those five days in Attica.

Traci Curry and Stanley Nelson’s Attica depicts the brutality of this uprising, which more aptly is sometimes called the Attica Prison Massacre. After five days of negotiations and stalled talks, with NY Governor Nelson Rockefeller ordering state troopers to retake the prison, 33 inmates and 10 correctional officers were dead. It remains a bloody flashpoint in the rights and conditions of prisoners around the United States.

Fifty years later, Curry and Nelson try to not necessarily change the narrative, but to give prisoners the microphone in telling this story. It’s one of the few documentaries that firmly warrants its extended use of its interviewees, most of which joined the uprising and fought for their rights alongside their fellow inmates. These men tell the story of what happened over the course of those five days in Attica, and the brutality they faced before, during, and after this rebellion. They detail the living conditions in Attica, which all of them call “the last stop.” To them, Attica equaled death.

Attica Prison didn’t have school programs, religious freedom, medical services, or even basic, human hygienics. It featured late-night beatings by a homogenous set of guards who served a diverse population. The whiteness of the town remained on full display, shown by the directors in a set of clips talking about the wholesome nature of Attica as a town, filled with a bubbling racism that didn’t stay below the surface.

Attica only increases its brutality over its runtime, showing New York State surveillance video along with a generous amount of news coverage at the time, which the prisoners welcomed. Curry and Nelson want to show the apathy of Rockefeller, the bigotry of the police, some of which shouting how they wanted to go back into the prison and keep shooting prisoners, and the plight of Attica’s population. The footage shows hallways shattered with glass, which these men were forced to run through. The film doesn’t shy away from blood, death, or brutality, putting together strings of images that will make some folks shield their eyes.

During the scene of this bloodshed, the prisoners recount the feeling of being surrounded by gunfire. The sounds from the surveillance video bleed into these interviews, as a steady stream of gunfire continues for what feels like a dozen minutes. It provides an added emotional punch to what these men are saying, the weight of their trauma, and the vividness of their memories. All of Attica leads to those moments, which punctuate a straightforward, professional documentary with necessary depth. These men deserve our time and our ears.

Attica is one of the most important documentaries any person could watch this year. Curry and Nelson have made a film that manages to find beauty, freedom, and meaning in horrific violence; that alone makes it compulsory viewing. It should be shown to history classes. Its academic and cultural value outweighs that of the awards it might win. It should be curriculum, not just a film festival darling. 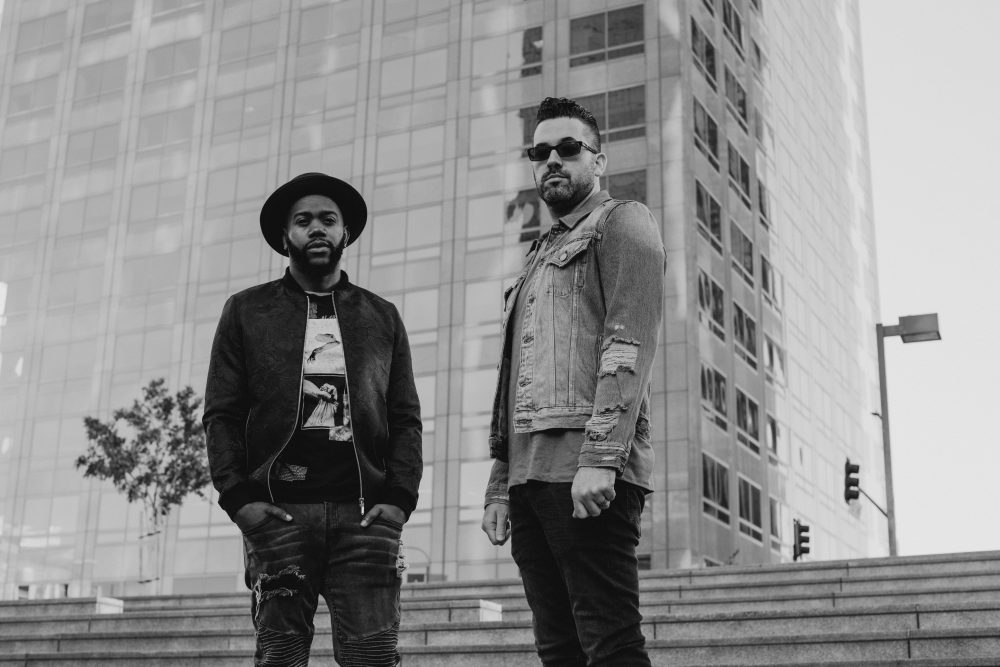 The composers of Amazon's new docuseries talk about Meek Mill, their contrasting styles, and the challenges of documentary scoring. 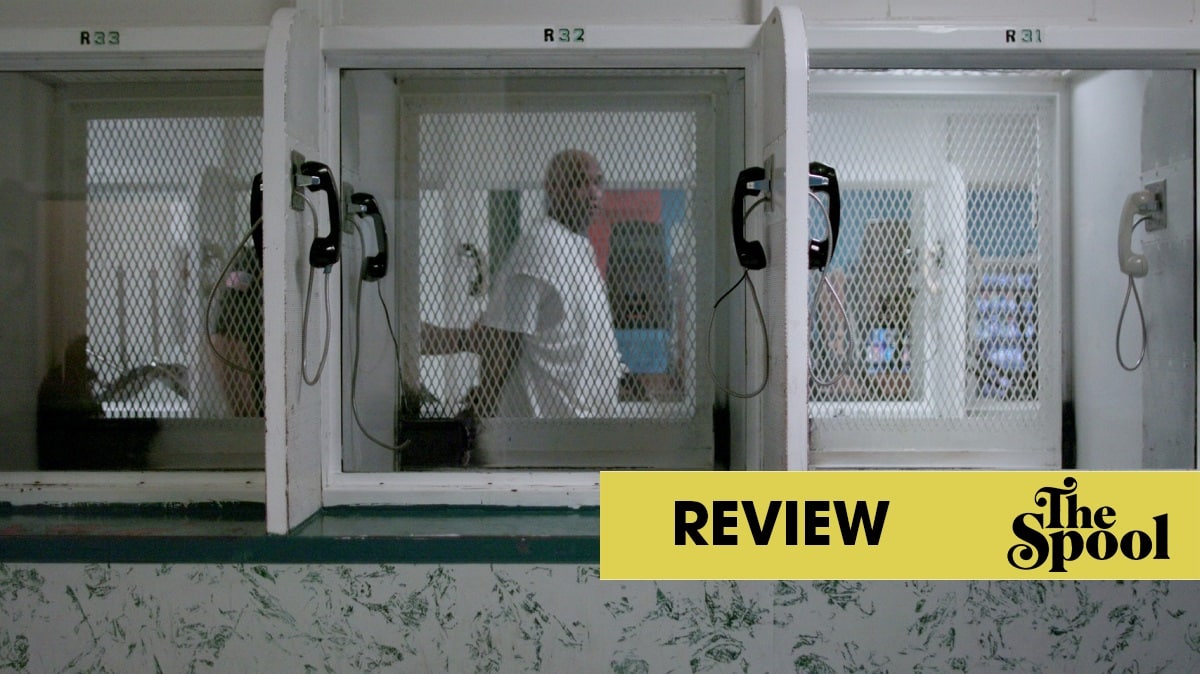 Eight men wrongly convicted tell their stories in this gripping indictment of the American justice system.