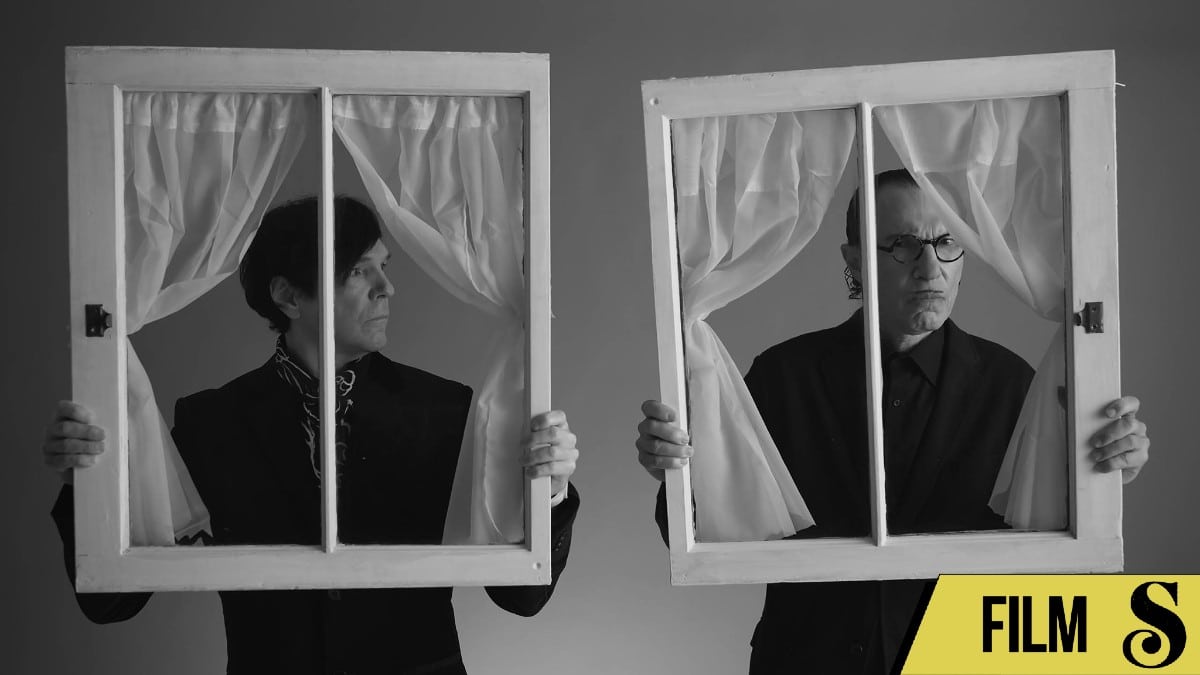 You might not know who Sparks is, but you’ve heard Sparks. One of their songs played over a key scene in Martha Coolidge’s Valley Girl, but they can also be heard in the music of New Order, They Might Be Giants, and Depeche Mode. Brothers Ron and Russell Maer have been performing for more than fifty years, dabbling in everything from prog rock to glam rock to new wave (while introducing the world to synth-pop with 1979’s “The Number One Song in Heaven,” one of their career high points). They’ve managed to sound both of the moment, and twenty years from now, and yet their scope and influence have been sorely overlooked. Edgar Wright pays long overdue homage with The Sparks Brothers, a documentary that’s light on dirt and heavy on fanboying, but if you don’t come away from it downloading at least one or two tracks from Sparks’ discography, you’re beyond help.

Despite their often being confused for being a English band (a misconception not helped by the fact that they’ve found considerably more success in Europe than in the U.S.), the Maels grew up in Southern California. Their exposure to pop culture of the 50s and 60s often reflected in their music, even if their music sounded like nothing else that was coming out at the time. With the flamboyant, falsetto-voiced Russell on vocals, and the scowling, Charlie Chaplin-stached Ron on keyboards, Sparks from the beginning was devoted to sounding fresh and different, even swapping out their entire backing band every few years. Often the victims of record labels who had no idea what to do with them, Sparks’ story is an inspirational one of continuing to move forward after every setback, because it’s all you know how to do.

[It’s] light on dirt and heavy on fanboying, but if you don’t come away from it downloading at least one or two tracks from Sparks’ discography, you’re beyond help.

Some grumps may say that The Sparks Brothers stretches the definition of the word “documentary.” It’s really more of a fan film, but in his defense Wright doesn’t hide that. Every single talking head, from Weird Al Yankovic to Neil Gaiman to Patton Oswalt, offer only praise for Sparks, and the Maels in the present come off as modest and bemused at the whole thing. In keeping with their reputation for being elliptical and mysterious, information about their personal lives stops at around college age, with nothing at all revealed about their current lives, inasmuch as whether either of them are married or have children. As opposed to most music documentaries, there’s no “darkest hour before the dawn,” no mention of the usual drug abuse or broken relationships, and if professional or personal rivalries ever got between the brothers, they’re not saying.

It’s vaguely suggested that at one point Ron was self-conscious about how much more popular Russell was with their female fans (as exhibited in the lyrics to “I Wish I Looked a Little Better”), but if that was true it doesn’t seem to have affected their relationship in the present. There’s nothing juicy revealed here, which might be disappointing, if the tone of The Sparks Brothers wasn’t so joyous. It’s also admirably thorough, spotlighting most of Sparks’ 25 album discography, and even mentioning their appearance in the long forgotten 70s disaster film Rollercoaster, after KISS wasn’t available.

It’s impossible to watch The Sparks Brothers and not at least be impressed with their ability to bounce back from failure and try something new, with a minimal amount of bitterness. It’s also worth noting that the Maels never fell into the same ego clashing tappings as other rock bands headed by brothers, like Ray and Dave Davies of the Kinks, and Liam and Noel Gallagher of Oasis. Perhaps remaining popular solely with artsy weirdos, rather than mainstream success, was the best thing for Sparks. They’re still together, still going strong (their most recent album, 2020’s A Steady Drip, Drip, Drip was a critical smash), and able to enjoy their long overdue laurels. Too many musical documentaries focus on tragedy and luridness, and we could use a few more that focus on the importance of never giving up on your artistic vision. The Sparks Brothers, with heart, humor, and a delightful child-like enthusiasm, fits the bill perfectly.