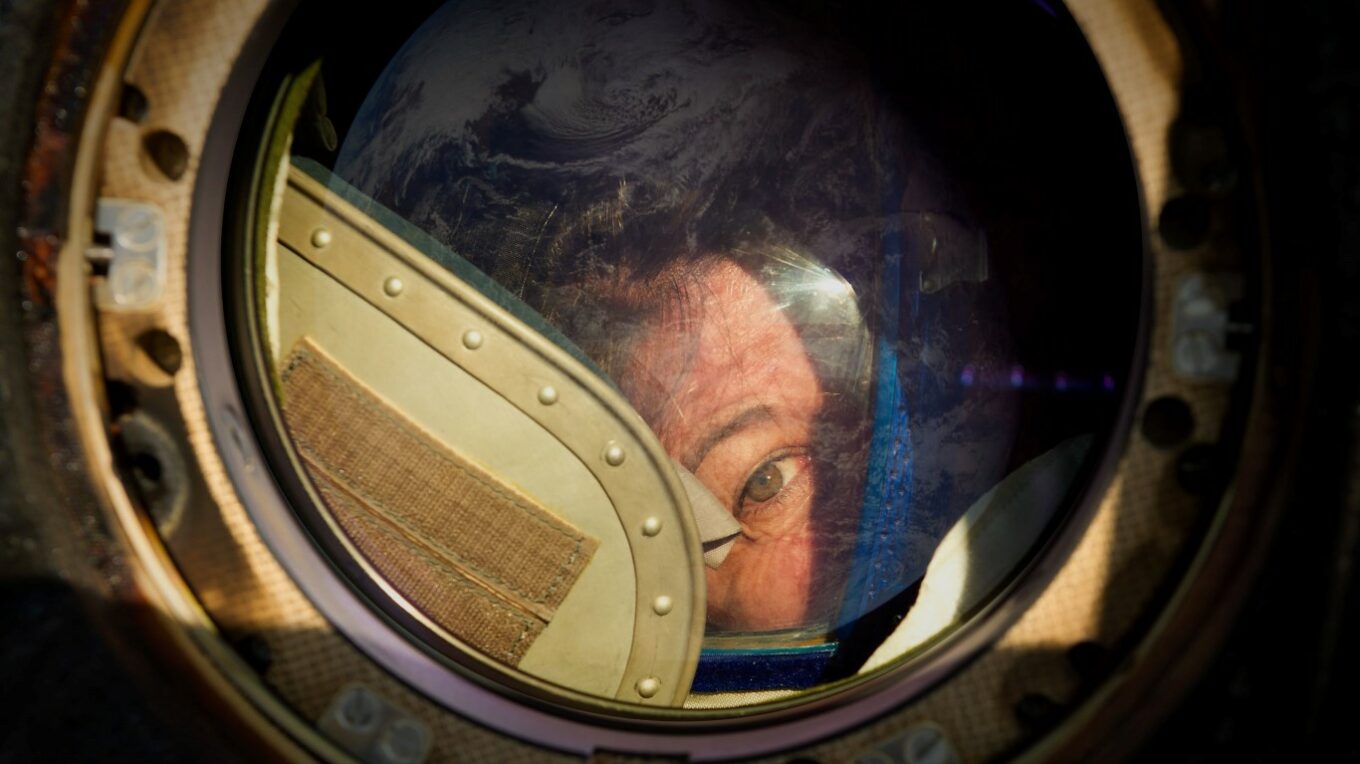 The first films we saw in this year’s festival deal with the anxieties of parenthood and personhood.

(This dispatch is part of our coverage of the 2023 Sundance Film Festival.)

Film festivals, Sundance in particular, are often the domain of the solid three-star movie — unremarkable but workable indies and debuts that prove the arrival (or resurgence) of a major talent, albeit without the polish that would make the work they’re bringing you feel complete. And that was certainly the case for my first day at (virtual) Sundance, with a quartet of titles covering similar thematic ground and running out of steam long before the end credits roll. Put together, this crop of films collectively explored the loneliness and isolation of the human experience, not to mention the specific vagaries of (cis)womanhood, especially where children are concerned. And they were… okay, I guess?

First was the most dissimilar of the four, Ido Mizrahy’s The Longest Goodbye, which tackles a thorny issue often overlooked in mankind’s mythmaking surrounding the heroic astronaut archetype: Mental health. As space exploration heats up (aided by collaboration with private tech-bro companies like SpaceX), a manned mission to Mars may well be on the horizon for mankind. But what about the welfare of those chosen to fly that mission? Months, years spent away from their home, their families, and the warm safety of Earth’s gravity is almost guaranteed to take a toll on a person, say the many scientists and astronauts that appear as talking heads. So The Longest Goodbye offers an introductory crash-course on what they know about isolation’s toll on astronauts, and the many (often pie-in-the-sky) solutions experts propose, from virtual reality simulations to AI companions who look like Wilson from Cast Away mixed with a Speak-and-Spell.

Over its relatively episodic structure, The Longest Goodbye touches on quite a few of these issues, though without the depth some of them merit. Most intriguing is its exploration of the psychology of astronauts, which still follows a very stoic, masculine “right stuff” tradition that forces astronauts to compartmentalize their vulnerabilities for fear of being scrubbed for a mission. This goes double for female astronauts, who have their own unique set of emotional complications when embarking on long, lonely space missions: We see the intimate family drama of Cady Coleman, who struggles to parent her emotionally brittle fourth-grader through glitchy satellite phone calls from the International Space Station. Each dropped connection hits like a brick, feeling like another door slammed in the face of a child who only comprehends that his mother is thousands of miles away.

Then there’s NASA up-and-comer Kayla Barron, who flew to the ISS in 2021 on a SpaceX rocket and could conceivably be one of the first to travel to Mars. She and her husband Tom (also a type-A Special Forces guy) independently discuss the stressors of such a long, dangerous commitment, and how it aligns with their personal and professional goals. It’s these little human dramas, rendered with sensitivity, that work best — less so when we veer off into speculative theories about new tech to alleviate tension, often rendered with janky CG.

That said, it’s still catnip for space nerds like me, or anyone who grew up wanting to be an astronaut. Sure, exploring the depths of space sounds awesome, and the people who do it are some of humanity’s most driven. But Mizrahy is the first to remind us that humans were simply not meant to live in space; even the strongest of us can break under the most fragile emotional and psychological conditions. It’s a sobering glimpse into the harrowing cost of exploring the stars and expanding our understanding of the universe.

Speaking of isolation, here’s another former space cadet exploring exactly that issue in Rachel Lambert’s Sometimes I Think About Dying, an effective showcase for a post-Star Wars Daisy Ridley. Chucking her antic disposition and lightsabers for cable-knits and a passive frown, Ridley plays Fran, the office wallflower of a desperately-lit corporate building in Oregon. She avoids her desperately peppy coworkers and rarely utters a word; she’s new here, she doesn’t know these people, and doesn’t even seem to particularly like them. Instead, she stares at the water-damaged drop ceilings, or her coffee cup, or — here’s where the title comes in — daydreams about what it’d be like to be dead, washed up on the beach or rotting away in the woods. These thoughts don’t seem intrusive, but rather give her a sense of comfort. She’s much more at home in her own little universe, with the stimulus of the world far, far away.

But her lonely equilibrium is broken when an old coworker retires and Robert (Canadian standup Dave Merheje) takes her place, a personable, gregarious fellow who seems especially interested in getting Fran to break out of her shell. Slowly but surely, Fran begins to explore the idea of spending time with him, as she takes her first furtive steps towards pleasant interactions with another human being… even if it means facing her greatest fear: Letting people in.

Based on a 2019 short by Stefanie Abel Horowitz, itself based on the play Killers by Kevin Armento, Sometimes I Think About Dying certainly has the highs and lows of a film with that pedigree: Its high-concept lede and quirky presentation makes for inviting viewing at first (its depiction of office life, with giggly HR officers desperately trying to spice up the doldrums, makes Office Space look positively lively), until you realize the film has shot its conceptual wad too early, so to speak, and you’re left sitting out the rest of its runtime.

It’s easier to do that than you’d think, thanks to some perfectly-calibrated performances and Dabney Morris’ lush, harp-forward score crashing headlong against Dustin Lane’s deliberately sterile cinematography. Ridley is a delight to watch here, paradoxically stretching her range by pulling way, way back and seeing what emotional life you can eke out of someone who barely talks to anyone. But the turn that really impresses is stalwart character actress Marcia DeBonis as the aforementioned retiree, the former office life-and-soul whose ride into the sunset turns out to be a lot more tragic and banal than you’d think. Lambert excels when sketching within the lines of feminine loneliness, even if the film itself feels stretched even at 90 minutes.

Speaking of films that don’t have much under the hood beyond their concept, Sophie Barthes‘ third film, The Pod Generation, already feels dated in a post-Black Mirror world. Positing a near-future world where the current creep of tech companies and AI have gamified and commodified virtually every human need, the film follows a couple (Emilia Clarke and Chiwetel Ejiofor) suddenly given the opportunity to take advantage of the new trend of egg-like artificial wombs, or “pods,” basically life-size Tamagotchis for your bespoke, corporate-sponsored GMO child. Clarke sees it as a golden opportunity to start their family without the sacrifices a working mother makes during pregnancy; Ejiofor, a botanist who laments the artificially-augmented world they live in, bristles at the thought. He’s desperate to stay in touch with nature, even begging his skeptical students to actually eat a fig fresh from a naturally-grown tree.

Nevertheless, they persist with the experiment, and what follows is a somewhat-anthropological rom-dramedy less about Clarke and Ejiofor as characters than Barthes’ single premise, which she explores in laborious detail even at the expense of drama. Granted, its near-future aesthetics are well-drawn, with shades of 2021’s Swan Song (the Apple one, not the Udo Kier one) in its Apple-inspired modernist tech designs. (Von Trier stalwart Jean-Marc Barr shows up here and there on the TV as a Jobs-like exec selling away humanity with a smile.) The way family planning is tied up with capital offers the film’s most enticing bits of speculation — PR flacks explaining away bugs like how the pod-babies never dream by responding, “dreams do not serve any evolutionary purpose.” Barthes is clearly concerned about the effect of such rampant techifying of our everyday lives (see: companies measuring your “bliss index”) and wonders what will happen to the natural world when people sublimate their natural human needs for warmth and connection in favor of productivity.

But that’s really all there is: despite committed performances from both leads, the main couple at its core lacks dimension, as if they themselves were birthed for the sole purpose of entertaining this experiment. And at 110 minutes, the premise starts to collapse under the weight of its own repetitiveness, resulting in a climax that feels pretty tame. Another Sundance feature that could have functioned perfectly well as a short.

It’s not a film festival Midnights section without at least one film about a white woman literally haunted by her grief or trauma, preferably if there’s a child involved; Daina Reid’s Run Rabbit Run is certainly one of those. Succession‘s Sarah Snook plays Sarah, a doctor whose painful family history is sketched in the margins of the opening minutes — her father has recently passed, and she’s getting calls from the elder care facility he put her mother in before he died. She’s estranged, so she’s not about to pick up that number. She’s also divorced, left to raise her daughter Mia (Lily LaTorre) on her own. But when Mia turns 7 — a date that proves important later on — she starts exhibiting strange behavior, right at the moment a rabbit wanders into their yard for her to keep. She acts out, begs to see her grandmother, whom she’s never met, and starts calling herself “Alice,” all while wearing a crudely-cut rabbit mask over her face. To solve the mystery of Mia’s behavior, Sarah will have to reopen old wounds and face down some home truths from her childhood she’d rather forget.

What follows is a tepid attempt to recreate the bottled-up pressure cooker of Jennifer Kent’s The Babadook, without any of the emotional rawness and expert craft that made that film so enticing. (Alternate title for this: The Babasnook.) Snook herself is the MVP here, making the most out of the star turn she’s been given with a dead-eyed brittleness and volatility that makes Sarah feel like the true danger we should be worried about. LaTorre is also wonderfully vulnerable here, cagey and precocious in equal measure. She equits herself wonderfully. Yet, it’s tiring to see this film wander down the same narrative roads we’ve seen a bunch of times before, and done much better. The voice-of-reason ex-husband, the creepy grandma who knows more than she’s letting on, the trite hallucinations that offer up the closest thing this film has to scares. And it’s all capped off with a twist you’ve already guessed 25 minutes in, leaving you checking your watch as you wait for the rest of the film to catch up. It’s just a little too incomplete to work on its own terms. 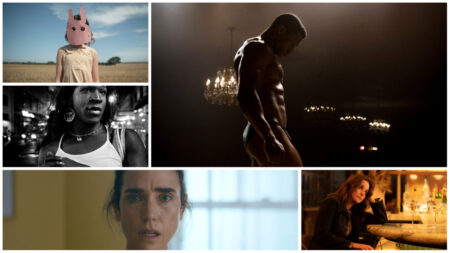