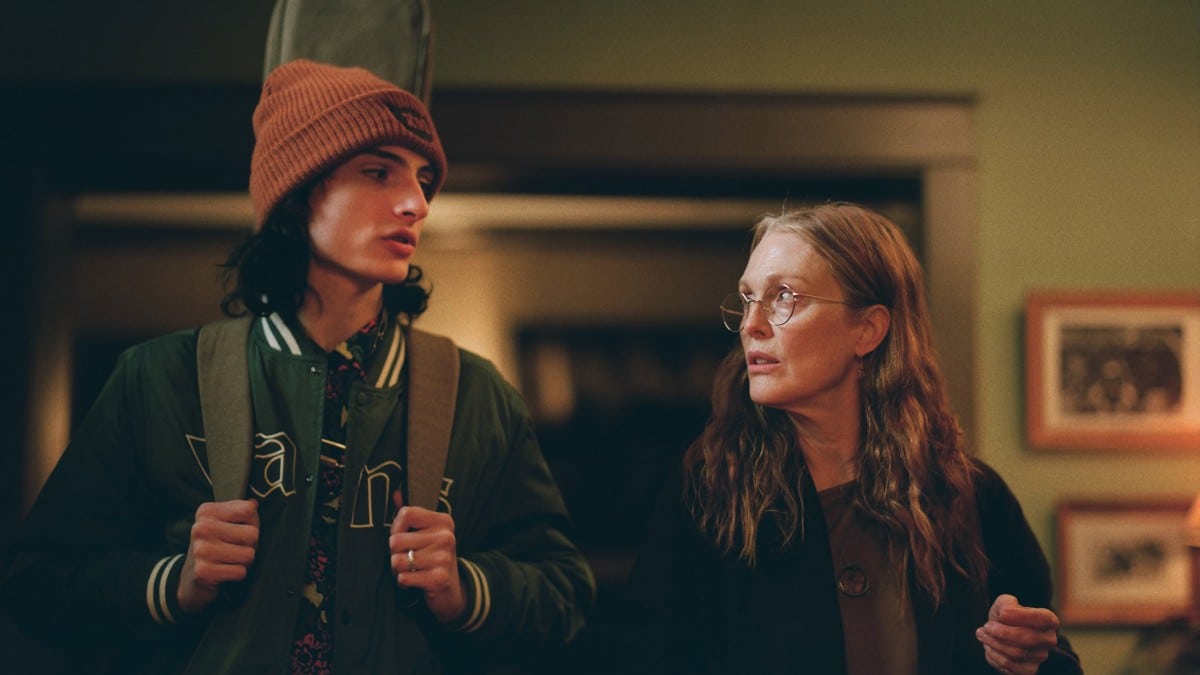 Jesse Eisenberg’s directorial debut When You Finish Saving the World reminds me of Alex Ross Perry and Noah Baumbach’s early work. Its dialogue is witty and often cringe-inducing. Its characters are deeply flawed, unlikable people out to hurt each other. Given that Eisenberg worked with Baumbach on The Squid and the Whale, the similarities make sense.

But the actor-turned-filmmaker isn’t just referencing the work of other directors—he’s doing work of his own, especially when it comes to When You Finish Saving the World’s visual narrative and the rich performances he draws out of his leads. Despite some stumbles, Eisenberg’s first feature is an impressive one.

Adapted from Eisenberg’s own audio drama of the same name, When You Finish Saving the World follows a woman named Evelyn (Julianne Moore) and her angsty, teenage son Ziggy (Finn Wolfhard). Evelyn is a manager at a shelter for domestic abuse survivors. She’s smart, socially and politically aware, and cares deeply about the state of the world. But her care doesn’t extend to people, especially her co-workers. In her mind, they’re employees, not people.

Moore and Wolfhard do tremendous work cultivating sympathy for the blinkered mother-son duo despite their obnoxiousness.

Ziggy is a photo negative of his mom. He doesn’t care about anything or anyone besides himself, his music, and the 20,000 followers who tune in nightly to stream his performances—something he brags about repeatedly. Any time Evelyn and Ziggy spend together inevitably degenerates into a toxic screaming match. Despite their decidedly fraught relationship, Eisenberg keeps the two away from each other for much of When You Finish Saving the World.

When Evelyn realizes that the gulf between her and Ziggy is only growing wider, she takes an interest in a teenage boy named Kyle (Billy Bryk) who lives at the shelter with his mom. Evelyn gives him work, takes him to dinner, and even encourages him to go to college. Kyle becomes her personal project, never mind how he might feel or what he might want. Ziggy, meanwhile, finds himself smitten with his classmate Lila (Alisha Boe) who, more than anything, cares deeply about politics and the environment—two things Ziggy knows zip about. To get her attention Ziggy pretends to share her passion—to the point of writing protest music. Lila sees through him.

Evelyn and Ziggy feel like they’re from different planets, but in Eisenberg’s telling, despite their vastly different lives and distinct stories they’re remarkably similar when the chips are down: two privileged white people  so self-obsessed that they’re oblivious to the lives of others.

Watching these two narcissistic jerks blundering through life can be grating, and at times, When You Finish Saving the World leans too heavily Evelyn and Ziggy’s awfulness. But Eisenberg also counterbalances his cavalcade of dread with poignance—enough so that both Evelyn and Ziggy get some empathy. They both want to have someone to give their love to, but fail to realize that they already have just such a person. Moore and Wolfhard do tremendous work cultivating sympathy for the blinkered mother-son duo despite their obnoxiousness.

With When You Finish Saving the World’s caustic heart, Eisenberg proves himself a skilled director, someone to watch out for behind the camera as much as in front of it. 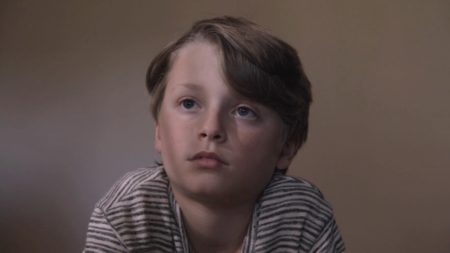 Sundance 2022: The Cathedral is a unique take on a coming-of-age story