John Hughes meets David Lynch in an uneven black comedy/thriller/musical about yet another small town full of dark secrets.

More frustrating to watch than a bad movie is a movie that squanders its potential. Jennifer Reeder’s debut feature Knives and Skin feels like two separate movies desperately fighting each other for the audience’s attention. The superior one is an artsy, darkly funny satire of 80s teen movies, and the other is tiresome, faux-edgy Twin Peaks pastiche. While it ends on a satisfying note, it’s an overlong, occasionally distasteful road to get there.

Knives and Skin opens with teenager Carolyn Harper (Raven Whitley) abandoned out in the middle of nowhere after rejecting the advances of jock thug Andy (Ty Olwin). Carolyn never returns home, and that might be for the best, as it’s implied that Carolyn’s unstable mother, Lisa (Marika Engelhardt), might have been planning to murder her anyway. That’s one of many secrets in this weird little Midwestern town, where all the men are either oblivious dolts or craven predators, and all the women stare at them like they’re considering plunging a knife into their throats.

None of Carolyn’s classmates seem terribly concerned about her disappearance, and they’re all a little too quick to point out that they weren’t friends with her, as if saying otherwise would make them vulnerable to whatever fate she met. Anyway, they’re too wrapped up in their own teenage dramas to worry about what might have happened to her, experiencing the pangs of first love, coming to terms with their sexuality, struggling with mentally ill or unemployed parents, and selling drugs. Their parents are useless, so far up their own asses with problems both real and imagined that the only thing that gets their attention is dirty fingernails.

Reeder swings at the fences several times, to varying degrees of success. Knives and Skin is a little Twin Peaks, a little River’s Edge, a little Heathers, and a little The Virgin Suicides, with the occasional Harmony Korine touch of “shock the normies” grossness. It’s also occasionally a musical, featuring mournful, slowed down versions of 80s new wave classics like “Our Lips are Sealed,” “I Melt With You,” and “Blue Monday.” Even the presumably dead Carolyn joins almost the entire cast in a cover of Naked Eyes’ “Promises, Promises” that is reminiscent of the “Wise Up” scene from Magnolia.

Knives and Skin feels like two separate movies desperately fighting each other for the audience’s attention.

These are the scenes that would normally have the viewer scrambling to find out how much time is left in the film, and yet here they’re the most effective, engaging moments. The multicultural, predominantly female young cast works hard to keep the story from getting bogged down in its own artifice. A particular standout is Ireon Roach as Charlotte, a feisty goth who wears, at various times, a crown, a blood-red wedding veil trailing behind her, and war paint. Her unlikely romance with a football player is a sweet and funny balance to the aggressive unpleasantness involving the adult characters, which includes oral sex performed while wearing full clown makeup, a high school principal who buys used panties from a student, and Carolyn’s mother Lisa’s grotesque breakdown.

The depiction of Lisa as a grieving parent really tests the audience’s goodwill. Her motivations as a character are vague to begin with — what exactly was she planning to do when she broke into Carolyn’s bedroom while clutching a knife? — and her behavior after Carolyn disappears feels like Reeder is gleefully asking “Wanna see how really dark my movie can get??” Staggering around town while wearing Carolyn’s clothes is one thing, but making out with the boy who left Carolyn to her doom is entirely something else, let alone masturbating in her bedroom. These pointed attempts at ruffling the audience’s sensibilities would be less maddening if they actually resulted in something, but they don’t. Lisa simply returns to normal, and nothing comes of her literally sniffing out trails leading to clues about Carolyn’s disappearance, like a human bloodhound.

The most powerful moments in Knives and Skin are when the characters are behaving like normal people, and not tiresome takes on David Lynch-esque smalltown weirdos. When Lisa actually acts like someone who’s grieving, and not a meant-to-be-provocative caricature of a broken woman, the movie works. Carolyn’s classmate Joanna (Grace Smith) reading a text message from a creepy teacher as part of a class assignment on love poems is a fantastic moment, as is jock thug Andy’s ex-girlfriend repeating “You treat girls like shit” at him like a “you have no power over me” mantra. The extra bells and whistles, like Joanna’s mother hallucinating that the tiger on her t-shirt is giving her motivational speeches, and the hints of something otherworldly going on, such as the fact that Carolyn’s eyeglasses glow fluorescent green, don’t pay off and aren’t necessary.

With everything bathed in pink and purple lighting, and eerie shots like the feathers on Carolyn’s marching band hat gently blowing in the wind, it’s clear that Reeder knows how to make a good looking movie. It’s a bold move to end a story about a dead teenager on a sweetly uplifting note, but somehow it works. Knives and Skin is an effective mood piece about disaffected young people that refuses to get out of its own way. 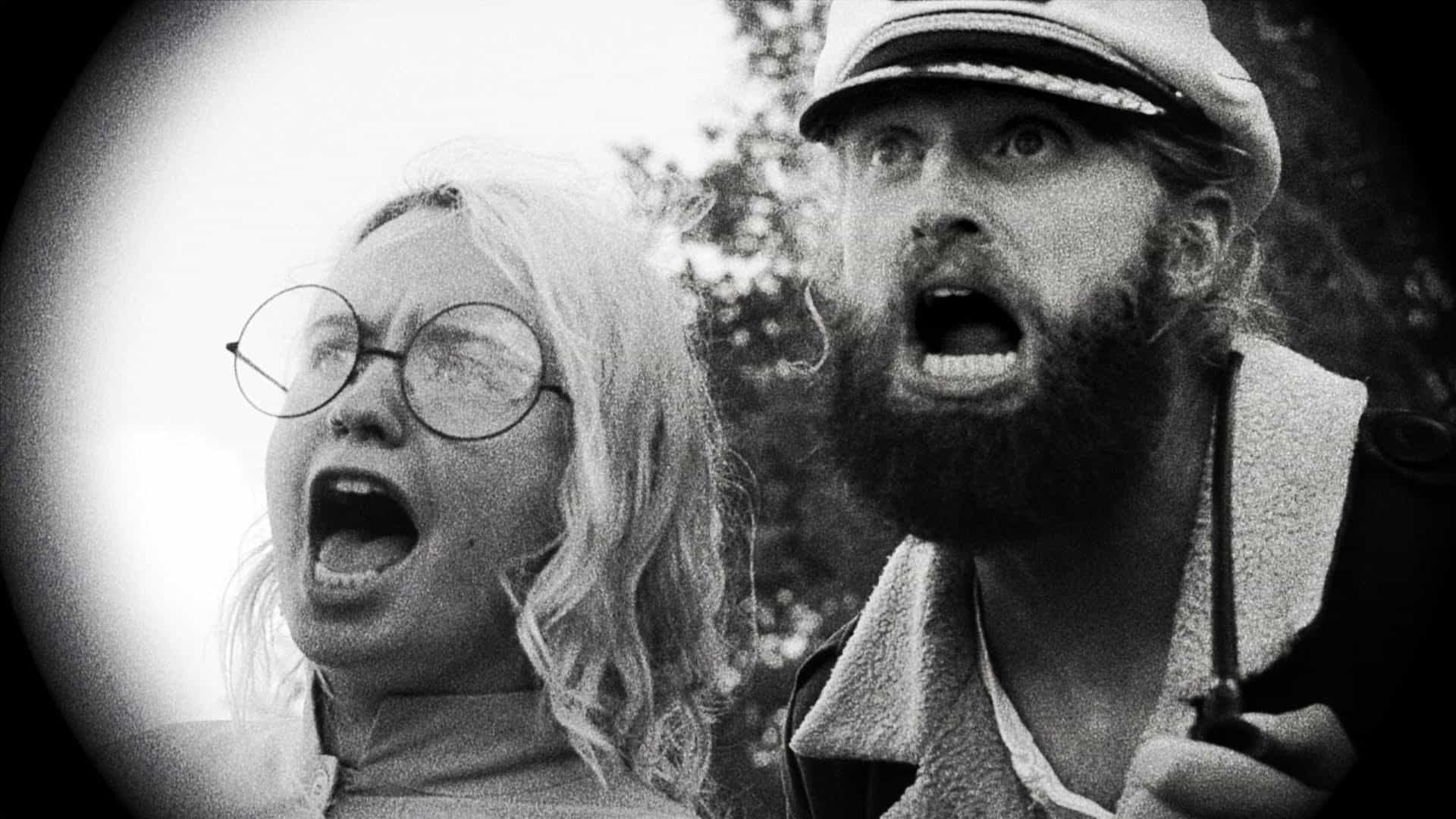 Ryland Tews' affectionate homage to 50's B-horror will win your heart as it drags you to your watery doom. 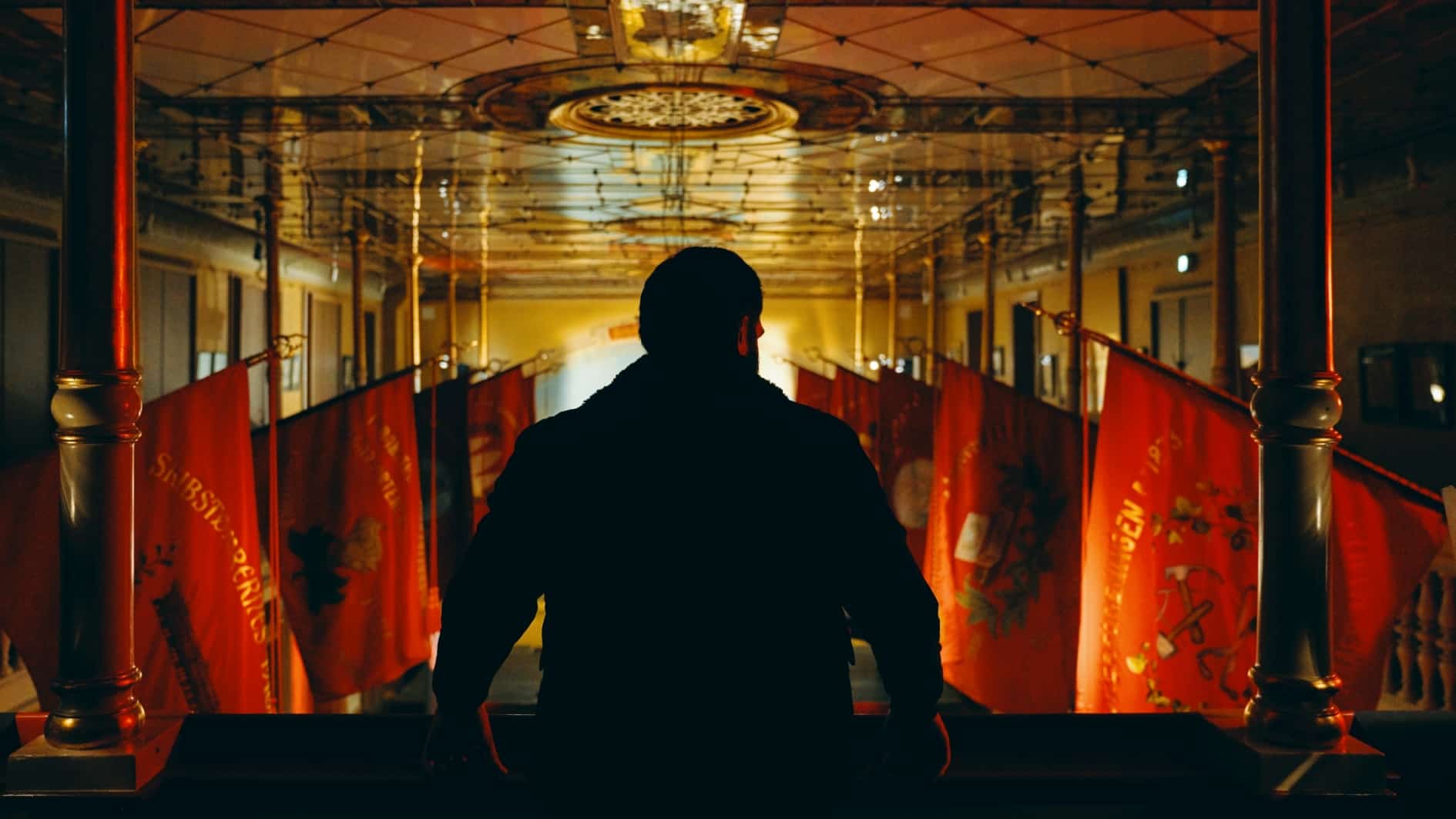 Ulaa Salim's tense, complex political thriller shines a light on the very modern terrors of far-right nationalism, and the radical violence that rises in response. 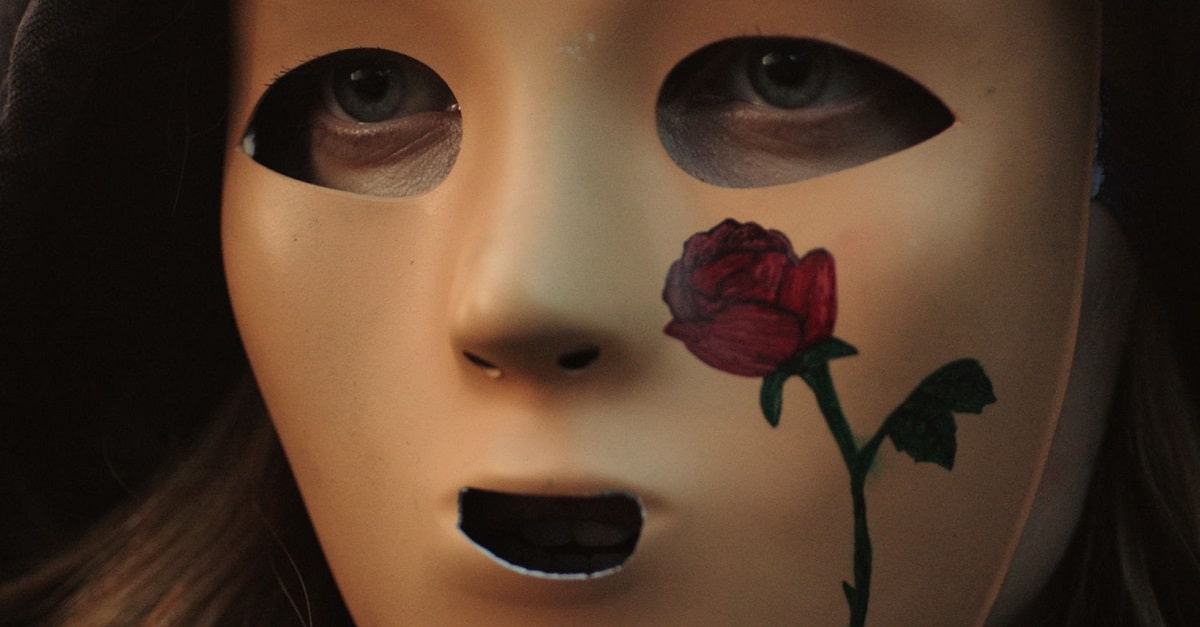 Blumhouse’s latest thriller is tense and deceptively clever, but undoes its thrills with no shortage of irritating fakeouts. This piece was originally posted on Alcohollywood..