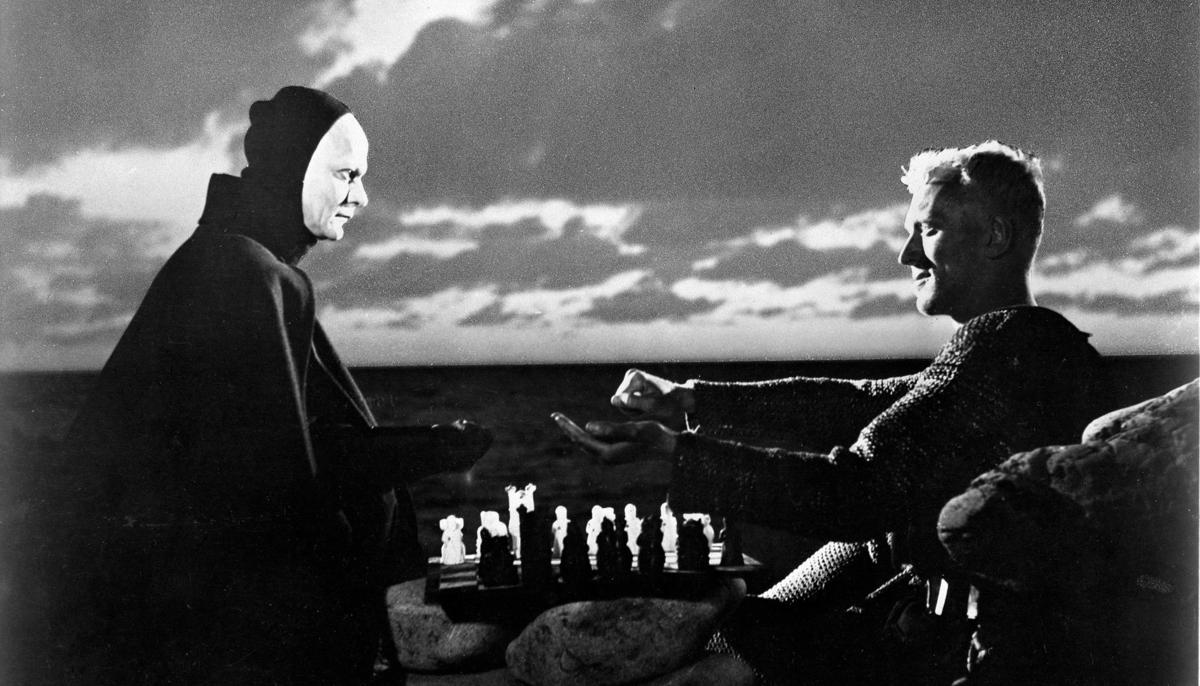 We reflect on the recently-departed Max von Sydow and his greatest, and most challenging, creative partner.

The Atlantic magazine, in December 2015 just before the release of Star Wars Episode VII: The Force Awakens, did a profile on the career of Max von Sydow, who was set to play a mysterious yet-unknown role in the latest entry into the billion-dollar Hollywood space-opera saga. The profile suggested that von Sydow was having a late-career arc that is typical of iconic actors of his stature, the sort of role that would bill him last and make a note of it so that we noticed.

The opening paragraph mentioned of von Sydow, “For a significant portion of his six decades onscreen, he has been the greatest actor alive. Now, in his 87th year on Earth, he may be on the verge of becoming a pop-culture icon”. The film was not very good, and von Sydow’s role, that of Lor San Tekka, was forgettable.

Max von Sydow, who passed away at the age of 92 just last week, had a career scattered with masterpieces from his native home of Sweden (mostly by Bergman and Troell), works with some of cinema’s greatest auteurs (Wenders, Allen, Spielberg, Scorsese, Forman, Tavernier, Lynch, Boorman, Huston), and inexplicably kitschy undemanding side-roles in mainstream Hollywood fluff. One shudders to think of what the term ‘pop-culture icon’ mean in the context of his role in Star Wars. At least later in the piece, they acknowledged that The Exorcist was perhaps the closest he had come to “iconhood”, a thought that is much more easily digestible.

As unmemorable of a lull as the last stage of his acting career may have been – something that is the fault of the movies he was in and the roles which were written for him rather than the man himself – his start was a near unparalleled high. Only four movies into his lengthy career, von Sydow acted in the career-defining role of his life as an embattled crusader knight in Ingmar Bergman’s The Seventh Seal.

The performance was not only a stark reveal of von Sydow’s various talents as an actor – his physical positioning, his ability to fluctuate voice and demeanor, and his ability to act with say everything with his eyes – but his absolutely perfect synchronization with the existential and metaphysical explorations of Bergman’s works. In retrospect, it makes all the sense in the world that this began a nearly three-decades spanning collaboration.

Like Frank Capra and Jimmy Stewart before them and DeNiro and Scorsese after, Bergman and von Sydow were an indelible match in their talents, knowing how to command a frame and evoke a universe worth of depth in the slightest of moments. Wild Strawberries is not a movie that comes to mind when drawing up von Sydow’s name, because he has a bit part in a scene at the gas station.

Bergman and von Sydow were an indelible match in their talents.

Yet, it is evocative of the relationship he had to Bergman’s cinema – one which was not greedy, over-demanding, or egotistical. Like the last stage of his acting career, von Sydow embraced the small roles as well as he would the big ones, given that a trusted and talented filmmaker wrote them.

Similar side-performances in Brink of Life and Through a Glass Darkly take advantage of von Sydow’s physical gifts as an actor – his ability to act with his eyes as well as dominate a screen with his height. Most of Bergman’s films in this era dealt with the pains of the soul and self-conflicts and he cast von Sydow as a complementary character who offers stability and comfort.

In both films he plays the significant other of a woman on the verge of a breakdown, through pregnancy scares in the former and mental illness in the latter. His conversational scenes, always by a bedside in close quarters, draw the natural intimacy of his gaze, one that exudes understanding and optimism. His height, used many times as an imposition, is turned around to display protection and anchorage.

Bergman thrusts von Sydow into the central psychologically conflicted character in The Magician, a lesser-known work of both but perhaps one of von Sydow’s most commanding performances. The Swedish title of the film, Ansiktet, translates literally to “the face” and Bergman again utilizes the face and especially the eyes of his great actor as the premier dispeller of myth and emotion.

We are drawn specifically to von Sydow’s face because, in his magician’s getup, that is the only part we can see – the rest is shrouded in a black robe. The makeup, specifically the over-done eyebrows highlight the sadness that hints at a dark shrouded past of his character that the movie continually teases us with.

In an interview with the New York Times, von Sydow mentions, “Really, the movie is about the artist’s situation in society, how people project their own ideas on the celebrity or artist, and demand him to be what’s in their imagination. It’s a film about Bergman himself, how everyone expects him to be.” The film marked a moment where Bergman saw von Sydow as himself.

The collaboration between Bergman and von Sydow in these films certainly hints at something deeper between the two that remains shrouded in them but comes to full light in the greatest of their collaborations – The Seventh Seal and The Virgin Spring.

I have always felt that Ingmar Bergman, a stout agnostic and rejecter of his Lutheran upbringing, had the most to say when his cinema circled the topics of religion and mortality. In the same way, von Sydow’s acting and his mere presence as a figure, came into full fruition on screen when he was the central point of examination of the dichotomies inherent in religion.

Bergman, a stout agnostic and rejecter of his Lutheran upbringing, had the most to say when his cinema circled the topics of religion and mortality.

The Seventh Seal is yet again a film of faces, contrasting Death’s near featureless and bleach white appearance amid a black robe with von Sydow in shadier tones, rugged features and drooping eyes complimenting his character as a war-torn and weary knight named Antonious Block of the Crusades. Bergman examines life through the greatest metaphor in cinema history, a game of chess, and uses von Sydow as a cipher for man’s battle with his own mortality. His use of contrasts extends to literal lengths as he uses much harsher blacks and whites in each frame than any of his previous movies. Even von Sydow’s blonde hair looks like the shining sun when contrasted with his mucked up body.

Even in The Virgin Spring, these same features of von Sydow take center stage, but this time his battle with death is not of mortality, but of morality. Max von Sydow’s presence as a father, Töre, who seeks to avenge the death of his only daughter is towering, his gaze leering, is a contrast to the defeated Antonious in The Seventh Seal. Bergman’s camera remains low, looking up at von Sydow, whose figure seems to reach the roofs of his farmer’s hut.

Here, Bergman channels religion through his actor as a pathway of suffering and internal reflection. Death is not a metaphor or game, but a reckoning and testing of one’s relationship with God. While Bergman, and von Sydow as well, rejected religion, they understood its importance to Medieval Europe, the history of the continent, and its transcendent power to produce great art.

Bergman and von Sydow both were aware of the connotations of the films they were making together, and the deep philosophical ruminations that stemmed from them into their personal artistic relationship.

In an interview with Charlie Rose, von Sydow revealed that he and Bergman, while non-religious, did believe in the idea of something after life, and that Bergman had said he would attempt to contact von Sydow from the “other side”. They’re both on the same side now, and whatever may lie there, they can know their art was and will forever continue to be the cause of self-reflections and debates over the subjects – good and evil, light and dark, life and death – they enjoyed tussling with in their collaborations.