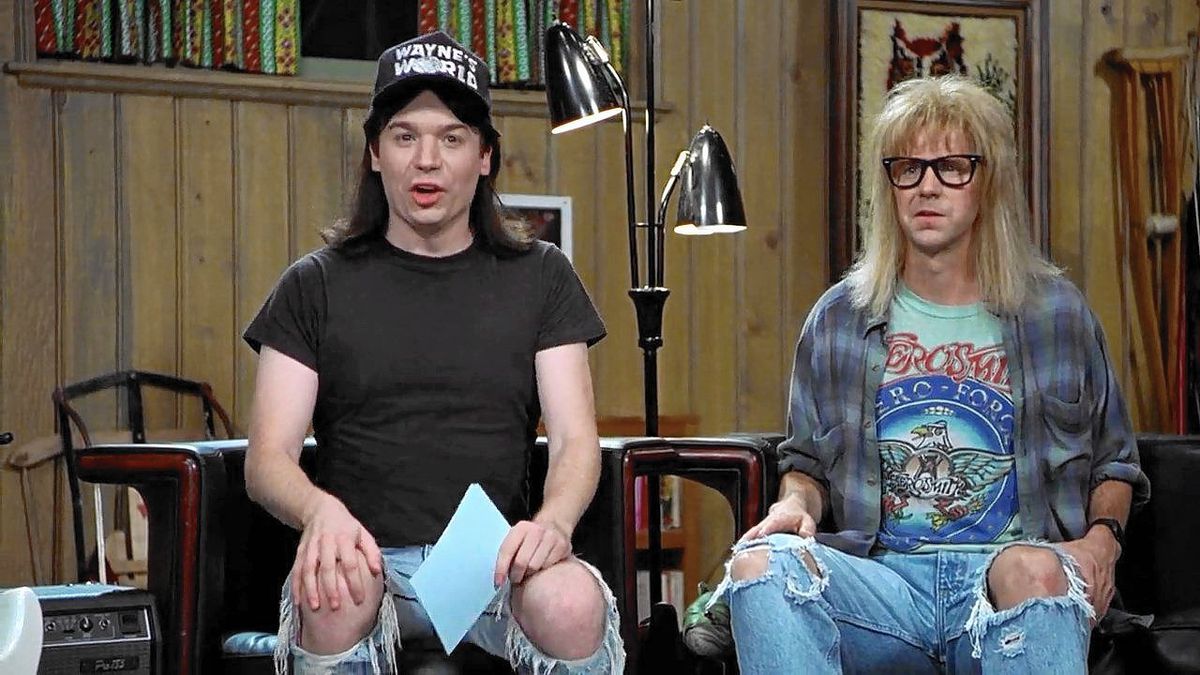 When we talk about what movies “couldn’t be made today,” it’s less about what tweaks would need to be employed to make them for a contemporary audience, and more about whining that P.C. culture has killed comedy and it’s never coming back. It also doesn’t take into account that pre-2000s comedy wasn’t entirely a lawless land of misogyny and casual homophobia. There are quite a few films from that era that could easily be made today, just as they were then, with virtually no tweaking or updating for an audience of “snowflakes” that doesn’t actually exist. One of those was Penelope Spheeris’s Wayne’s World, released thirty years ago today.

Well, that’s not entirely true. You would need to change Wayne and Garth into YouTube stars, rather than hosting a public access TV show, because, unlike misogyny and casual homophobia, public access TV really is a thing of the past. Other than that, there’s virtually nothing in Wayne’s World that wouldn’t pass the smell test today. It’s good-natured and even mostly family friendly, where the only question a kid might ask is “What’s Nuprin?”

It was also a most unlikely hit. Based on a Saturday Night Live sketch, it was only the second of its kind, released more than a decade after The Blues Brothers. While The Blues Brothers was an unequivocal smash, it was also released just before a long, embarrassing period when Saturday Night Live struggled to maintain its relevance in late night comedy. It can’t be understated how much of the success of SNL in the early to mid-80s rested squarely on the shoulders of Eddie Murphy, and when he left it almost reached a point of no return. It says a lot about the quality of that period when the best thing to come out of it was Terry Sweeney’s camp drag impersonation of Nancy Reagan, and none of it is good.

Then, it bounced back hard by the end of the decade, when a murderer’s row of performers were hired, including Phil Hartman, Kevin Nealon, Jan Hooks, Jon Lovitz, Dana Carvey, and Mike Myers. Though Hartman and Hooks both came from the Groundlings, and Carvey had done time on the stand-up circuit, Myers, only 25 at the time, was a complete unknown to American audiences, having cut his teeth predominantly in British comedy troupes and with the Second City in his native Toronto. In fact, Myers created the character of Wayne Campbell long before being hired on to SNL, and he merely elaborated upon it, adding Carvey as Wayne’s best bud, the lovably awkward Garth Algar.

On its most basic level, “Wayne’s World” would seem to be pretty thin soup for a comedy sketch, let alone one that aired nearly twenty times in a five year period. Wayne and Garth, high school students when the sketch began (35 year-old Carvey in a stringy blonde wig makes this particularly amusing), host a show live from Wayne’s parents’ basement, in which they mostly talk about their love for heavy metal music, and rate women according to their “babe-itude.” Occasionally they would have guests, such as their teacher, or Garth’s parents, and then later, fantasy sequences where they play hockey against Wayne Gretzky, or appear in Madonna’s “Justify My Love” video. As funny as the sketches were, nothing about them exactly demanded a deeper look into the Wayne’s World mythos.

And yet, the 1992 film adaptation, written by Myers and Bonnie and Terry Turner, maintains the cheerful spirit of the sketches, without quickly wearing out its welcome, a problem for virtually every other SNL film to follow. It still has the same basic plot: Wayne and Garth, now presumably out of high school but still living with their parents, continue to host their show. Rob Lowe, playing against type as a smarmy asshole, co-stars as Benjamin Kane, a television producer who takes an interest in “Wayne’s World,” and offers them an opportunity to film it in an actual studio for a larger audience. While it’s an exciting offer, because the show now must rely on corporate funding, Wayne is constricted by what he can and can’t say, and quickly fired after taunting his sponsor, arcade owner Noah “Assphincter Says What?” Vanderhoff (Brian Doyle-Murray).

Meanwhile, Wayne, while trying to avoid his clingy ex-girlfriend (with whom he has the funniest dialogue exchange in the entire movie, involving the gift of a gun rack), falls for up and coming rock musician Cassandra Wong (Tia Carrere). Benjamin also has his cap set for Cassandra, and Wayne’s jealousy, plus his on-set shenanigans, threaten to ruin both his new relationship, and his friendship with Garth.

Does everything work out? Of course it does, even if it takes a fake-out ending to get there. Is it easy to see where the plot is going to go? From the very first second. Is it delightful anyway? From start to finish.

Though it does have some semblance of a plot, Wayne’s World is really more of a hangout movie, a collection of moments that quickly became pop culture touchstones, including one that sent Queen’s “Bohemian Rhapsody” rocketing back up the charts. Compared to most other teen and young adult oriented comedies of the same time period, it’s positively tame. Given the very laid back demeanor of Wayne and his friends (save Garth, who often seems on the verge of a panic attack), it can be assumed that they indulge in a jazz cigarette or too, but it’s never shown on screen. Though “schwing!” is, of course, a boner joke, the way Wayne and Garth talk about women is gleefully boyish and inoffensive. They’re a couple of genial dorks, without a mean bone in their bodies, and you can’t help but like them.

It’s strange to see how effortless the comedy in Wayne’s World is when you learn that, behind the scenes, Myers treats comedy writing with all the dry seriousness of someone researching degenerative nerve disorders. By many accounts, off-screen Myers is humorless and difficult to work with, often clashing with directors and co-stars alike over his “vision.” Though his “vision” resulted in even greater success with the Austin Powers series, it also resulted in 2008’s The Love Guru, both a massive flop, and his most recent produced screenplay to date.

While the Austin Powers series had no small amount of poop humor, not to mention a character whose entire arc is that he’s morbidly obese, The Love Guru was one long (no pun intended) dick joke, right down to a character named Guru Tugginmypudha, and resoundingly rejected by audiences. It was a curious, but clearly savvy choice on Myers’ part to make the movie about aimless teenage stoners relatively clean, and a gentle pleasure to revisit even through a 21st century lens. 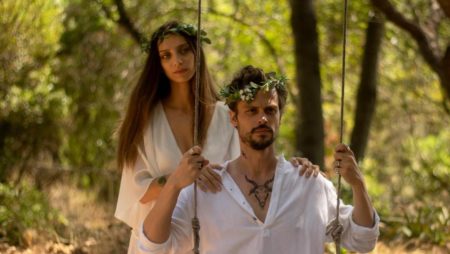 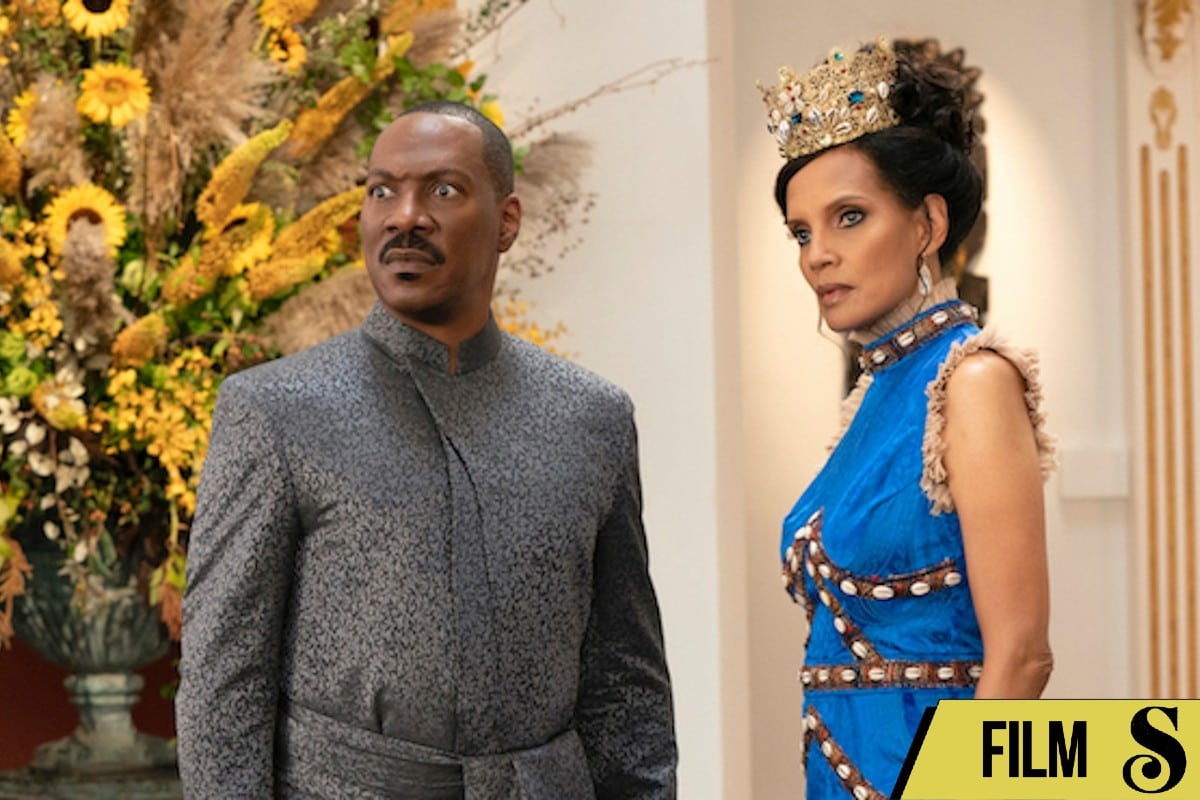 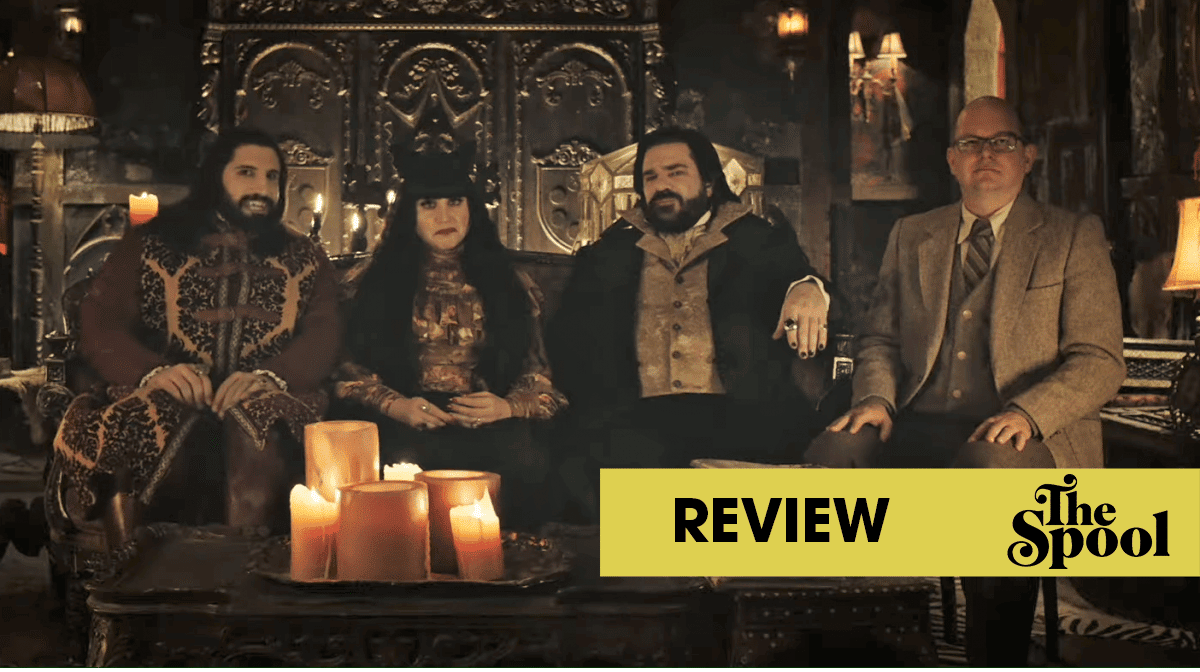