I was born with a rare chromosomal disorder called Turner syndrome. The issues I had associated with my disability were fairly ”textbook” – frequent infections of my heart tissue, a broken aortic valve, and a horseshoe shaped kidney – but ”textbook” still meant regular stays in the hospitals. I grew up in a small, rural town in Iowa and didn‘t really actually meet another individual with my disability until I was in my late twenties. With nowhere else to turn, I turned to horror movies as a means to not just understand, but make peace with — and even find pride in — my disability. In the absence of a robust community to build that piece of my identity.

Horror films have long carried a strange power for me: much of the genre is about the stories and experiences of the fringe. Body horror, in particular, examines the complicated relationships we have with our bodies. Discovering body horror in my youth was like learning a new language to communicate about my own experience. And nobody does body horror, and uses body horror to spotlight a disability-adjacent narrative, like David Cronenberg.

Let’s start with Cronenberg’s The Fly. The original George Langelaan story (and subsequent 1958 film) are firmly rooted in the mad scientist trope: a scientist’s teleportation experiment goes wrong when he fails to see a housefly has entered the chamber with him when he is testing the device on himself, fusing his atoms with the housefly and begins a process of transforming into a fly. His body falling apart and at the end of the transformation process, he pleads with his partner to end his life – which they do.

Those basic plot elements remain intact in Cronenberg’s version, but the changes he infuses make me look at this film less as a standard science-gone awry-take and more a broad examination of the disability experience.

Seth Brundle (Jeff Goldblum), our scientist in this version of the story, guides us through the entirety of his transformation – from the accident that jump-starts it, to the gradual decay and breakdown of his body, his frantic search for a process that will reverse the transformation, and eventually to his inevitable death. But Cronenberg doesn’t stop there, and makes us look at the impact this has for those close to Seth.

In the midst of his transformation, Seth finds out that his partner, Ronnie (Geena Davis), is pregnant and that she plans to terminate the pregnancy. He pleads with her to carry out the pregnancy to term because he wants his humanity/legacy/name to live on, potentially at her expense. This comes from a self-serving place, but these issues also touch on the idea of eugenics, or the use of abortion and forced sterilization for ”inferior” populations in the pursuit of superior genetics. Seth wants her to bring the baby to term, even if it isn’t completely human (i.e. disabled).

It’s here I’m reminded of my mom, who once shared with me that her OB/GYN suggested she terminate her pregnancy with me after she found out I would have Turner’s. While these discussions between parents and doctors have changed over the past 38 years, my mom’s experience isn’t unique and is echoed by so many others faced with the prospect of a child born with complex health issues.  The right to choose should include the right to keep a child with a disability, and the choice should be made by the one carrying it.

Ronnie has another difficult decision to make at the end of the film: whether she’ll grant Seth’s request to end his life. Some may argue that it isn’t Seth making this request, as he’s no longer recognizable in body or mind. But Ronnie’s heartbreak clearly shows she still sees Seth in the creature he has become.

I’ll next turn to another Cronenberg film I adore: eXistenZ. In eXistenZ, individuals have “bio-ports” surgically placed in the base of their spine to connect a virtual reality game console through cords mimicking umbilical cords. In middle school, I experienced stomach paralysis and had to be fed via a j-tube, a feeding tube surgically placed to go straight into the jejunum section of the small intestine via a port on the abdomen.

What struck me most about the first time I watched eXistenZ was how much the bio-ports resembled the opening for my j-tube. The tubing from my port to the feeding machine didn’t look like an umbilical cord, granted, but I could make that leap.  But my port didn’t allow me to escape reality – it allowed me to simply live in actual reality. The frequent infections and pain when I would roll over in my sleep and tug on the tubing was a reminder of that.

Unlike the video-game warriors of eXistenZ, I didn’t get to choose to have my port installed. I first saw the film right around the time I turned 18 – an age where I was being granted the ability to make my own healthcare decisions while reconciling that a body covered in scars and plastic tubing I couldn’t have chosen. This theme is especially prominent in Cronenberg’s film when, despite his protest, Jude Law’s character must install a bio-port on himself. A small fringe group called Realists are trying to bring down eXistenZ and the folks/companies responsible for it; Cronenberg creates a story and world where you can understand their message (but maybe not their method).

But maybe the most fitting parallels I found between Cronenbergian body horror and my own experience come in 1996’s Crash. Unlike The Fly, Videodrome and his other works, there are no fantastical elements to heighten the body horror and trauma. The violent car crashes in the film are stand-ins for the events that give us our physical differences – be them the ones we acquire in birth, an accident, or the simple changes that come with aging.

I can draw parallels between my overall experience to Seth Brundle’s as a person with a disability, but I’ve never met anyone who’s transformed into a fly. My feeding tube port looks eerily similar to the game ports in eXistenZ, but my feeding tube doesn’t allow me to play my Nintendo Switch. In contrast, the scarred bodies of Crash adhere mostly realistically to the car accidents the characters survive. I have yet to meet a person that doesn’t wear some kind of mark or scar from an adventure gone awry.

As a disabled person, one reason Crash resonates so deeply is its exploration of the way trauma creates communities. James Spader’s James Ballard (who shares a name with the original author of the novel, J.G. Ballard) suffers a car accident that injures and scars him badly, but the experience ends up fueling his sexuality in strange and unique ways. He forms an instant relationship with the other survivors of the accident, and they find more people whose car accidents equally tatter them and turn them on.

Ballard never experiences his disability or injuries alone; there’s someone right there who understands what he’s going through. Furthermore, he finds a group of people who not only look like him (scarred and banged up from the car accidents), but who understand his reaction to the experience as well. Compare this to Seth Brundle in The Fly, who was completely alone in his transformation. Because Ballard surrounds himself with people who understand his experience, he gets a feeling of community and liberation that frees him from the anxieties and fear Seth Brundle suffers.

Discovering body horror in my youth was like learning a new language to communicate about my own experience.

Watching the community that forms around Ballard in Crash, I’ve come to realize how different things could have been in my journey had I been able to build a support network composed of friends with similar disabilities to mine — or any disabilities at all.

And naturally, Crash explores the ways disability and disfigurement plays into sexuality. None of the main characters hide their scars or injuries; instead, Cronenberg gives them a space to celebrate and normalize them. Most importantly, the characters doesn’t view them as barriers to their sexuality, Cronenberg giving them full autonomy to own their desires and feel sexual in their bodies. Ballard is a sexual being before his accident; he still has sexual agency afterwards. It just looks different. In fact, the shared trauma and experience of survival have awakened new feelings of sexual prowess. We see this in the sex scenes, where Cronenberg doesn’t hide the scars; instead, they become a focal point of the act.

I remember in 4th grade, going into the gym with the other girls in my class so we could learn about menstruation and sex through an outdated film reel that left all of us with more questions than answers. But I remember being asked by my best friend why I was going in the first place: “Niki, the’re going to tell us about periods and sex and having children. You can’t do any of that.” I remember my teacher telling me that she would understand if I just wanted to skip the session and play outside, for essentially the same reason.

Why were these people assuming that, because my body hadn’t developed or didn’t look or function in a typical way, that those things were off the table for me? Crash is a film that delivers a pointed “Fuck you!’ to that notion.

Body horror isn’t just about making us squirm at gross special effects; they’re stories about the ways in which we navigate our complex relationships with our bodies. To my mind, Cronenberg sets the standard for this particular subgenre because he never strips his characters of their humanity; they have to live in warped worlds both welcoming and fearful of the changes our bodies go through.

Whether it’s the way our disability affects those around us, or firmly plants us in a reality we’d rather escape, or gives us a renewed sense of ourselves as human beings with feelings and desires, the body horror of the films of David Cronenberg have the potential to be transformative for disabled viewers. I know they were for me. 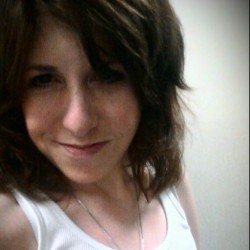 Latest posts by Nichole Goble (see all)
Liked it? Take a second to support The Spool on Patreon!