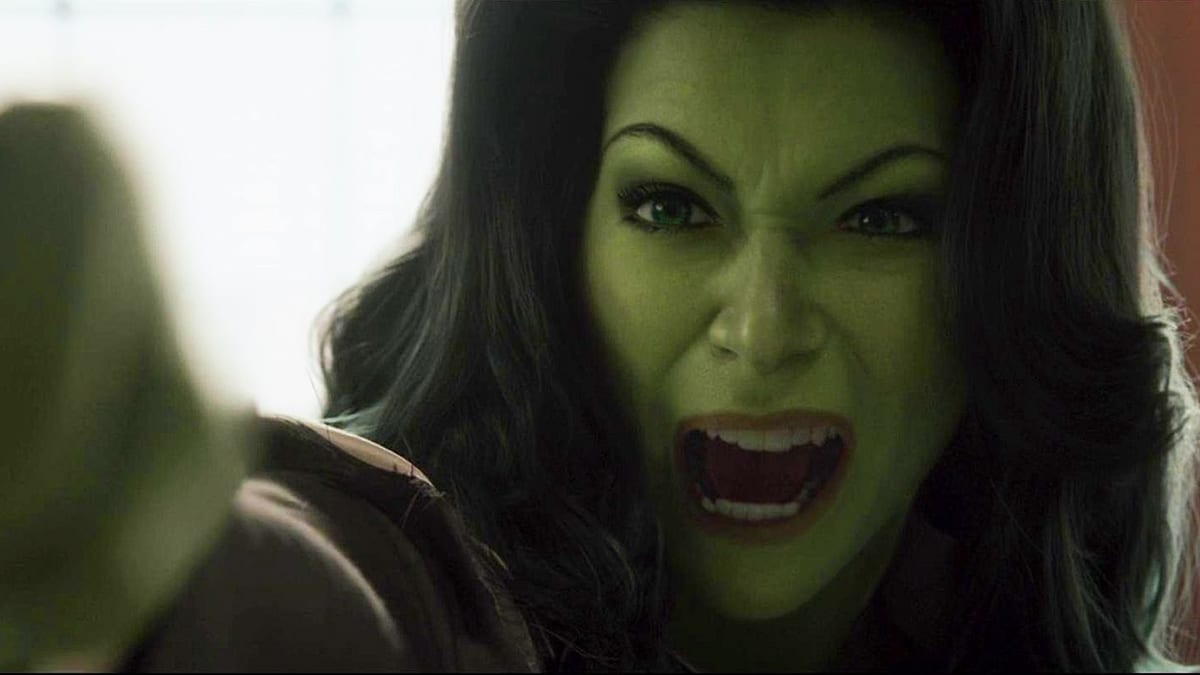 Go ahead and call She-Hulk: Attorney at Law Vanessa Williams because it saved the best for last. For the season finale, “Whose Show Is This?” Jen (Tatiana Maslany) literally kicks her way out of the show. Finally, after nine episodes of being pushed aside by guest stars and forced to react to all manner of low-key tragedy, our protagonist wields her green self to seize control once again.

It doesn’t start out that way, though.

Jen wakes up in Emil Blonsky’s (Tim Roth)—you know, the Abomination—old glass octagon. Before her eyes even fully adjust, she has to endure a visit from Nikki (Ginger Gonzaga), Pug (Josh Segarra), and, worst of all, a perhaps correct but very judgmental Mallory (Renée Elise Goldsberry). After Mallory’s lecture, Jen (and we) learn that there’s a plea on the table. Jen gets her freedom back. All it will cost her is, well, everything. At first, it is just her job and her ability to be a Hulk. That quickly leads to her privacy, her apartment, and her sense of any agency, however.

Desperate for any relief, Jen decides to take Emil up on his offer and depart for the Retreat for a change of scenery and maybe some “they call us monsters” bonding with her former client. Meanwhile, Nikki takes an embarrassing video from Jen’s college days and parlays it into an invitation to the next Intelligencia meetup. But, of course, as a woman, she’d hardly be welcome. So she recruits/forces Pug to be her eyes and ears on the inside.

As I guessed last week, it turns out Todd (Jon Bass) is a big player in Intelligencia. As I stopped short of predicting, he’s the leader of the whole thing. But not THE Leader, alas. Pug isn’t just attending their latest event. He’s attending a seminar led by an Abomination-ized Bronsky. Jen stumbles across it, looking for Blonsky. In response to her presence, Todd injects himself with her stolen blood for superpowers he “earned.” The fake that he outright stole her blood but still says he earned it is the kind of unsubtle critique of entitlement this show excels at. As he turns into a Hulk, Titania (Jameela Jamil) bursts through a wall, Hulk (Mark Ruffalo) drops in through the ceiling, and Nikki comes racing through the front door.

It’s a mess, a rushed melee of loose ending tying up and requisite superhero throwdowns. All of “Whose Show Is This?” has had this weirdly jittery feel, like it was running in place while insisting it would answer all the audience’s questions. Jen’s felt it all episode, too, so after repeatedly asking us, the viewers, if any of this made sense, if this is, in fact, what we want, she decides to leave. The whole show. Disney+, too. Right onto Marvel Studio Glendale, California campus.

Go ahead and call She-Hulk: Attorney at Law Vanessa Williams because it saved the best for last.

After interrogating the writing staff, including actual showrunner Jessica Gao (as played by Eden Lee, I believe), writer Zeb Wells (as played by Justin Miles), and writer of last week’s episode Cody Ziglar (as played by himself), She-Hulk decides to take her grievances directly to the top. Directly to Kevin. After tossing around some security guards, she arrives in the inner sanctum of Marvel Studios and finds herself eye to camera with Kevin. Or, rather, K.E.V.I.N., Knowledge Enhanced Visual Interconnectivity Nexus, the true architect of the MCU. While Kevin Feige might get to attend the premieres, this floating satellite robot has been the brains behind the unprecedented media machine. They do both love a ballcap, though.

Jen mounts an argument as to why the melee brawl doesn’t honor the show’s themes and is just, well, dumb, until K.E.V.I.N. relents and allows her to reorder her show’s reality. Gone are the blood plotline and Bruce’s last-minute drop-in. In are Blonsky taking responsibility for his parole violations by taking a ten-year incarceration sentence and Daredevil (Charlie Cox) returning. Although not for superhero business, if you catch the drift.

Any time a piece of art addresses its perceived shortcomings in text, it is a dicey proposition. On the one hand, there is something a bit highwire about a show playing the MCU’s sandbox while directly criticizing the Universe’s lack of sexuality and tendency to default to punch-em-up endings. But, on the other, is just acknowledging something actually criticizing that thing? Or responding to the criticism of others? Ask a politician the quickest way to get past a difficult question, and they’ll tell you it is to say, “I agree and we need to do better.”

Plus, Marvel’s been doing this sort of thing in print for decades, whether it is toothlessly (but fun!) in the pages of books like Not Brand Ecch! or pointedly as in the Steve Gerber-penned issues of Howard the Duck. So without seeing the future, it’s hard to guess which version She-Hulk is playing with. What is clear is that the show, and Maslany, are having a blast doing it.

There is a different sort of problem in Jen’s ending, but one that makes sense. Daredevil’s arrival as Todd gets taken away is just as shoehorn-y as Hulk’s return from the stars in that “first draft.” The family picnic, attended by a “visiting for a week” Matt Murdock, is fun and sweet but too perfect. However, if you could write your own end, wouldn’t you do the same? Wouldn’t you get a week with your most recent crush, secure your ideal job, and win the big case while looking killer in your tailored clothes? Of course you would.

Even when Jen gets her ideal ending, the algorithm grinds on.

K.E.V.IN.’s ending is punchfest meant to satisfy IP concerns and those fans who never were going to like the show anyway. Jen’s is an optimistic affirmation of people’s goodness that gives her back everything (and more) the previous eight episodes took away from her. They’re both too easy in their own ways. They both ignore obvious problems to fulfill their specific interests. The true difference is the flaws in Jen’s make narrative sense and confirm what we know about her and her worldview.

And then there are the final two reveals of “Whose Show Is This?.” First, Cousin Hulk makes the Walters’ picnic party and has a guest…his son Skaar (Wil Deusner). Then in the mid-credits scene, we see Blonsky finally take Wong (Benedict Wong) up on that prison escape invitation. The message is clear. Even when Jen gets her ideal ending, the algorithm grinds on. K.E.V.I.N. gets his one way or another.

– The way the show used its aesthetics to both reveal and conceal what was going on was very smart. For instance, The CGI gets REALLY rough during K.E.V.I.N.’s intended ending. Check out Abomination here v. episode 3 or Bruce in the K.E.V.I.N. cut v. his arrival in the Walters’ backyard to see it. Or there’s the scene where Nikki drops Pug off at the Intelligencia meeting at a spot that looks like The Retreat’s lawn, but as a viewer, you gloss over because of how the show has limited locations in previous episodes. Moments later, you see that it is, in fact, The Retreat’s lawn. It’s such simple visual trickery, but it works so well.

– The 70s series is before my time, but I loved the homage, including using a strong woman painted green as She-Hulk during that sequence. It also makes sense since Daredevil’s live-action debut was in an Incredible Hulk tv movie, so it honors the history of Hulks and DD on TV.

– Matt Wilkie plays the receptionist at Marvel Studios, which also happens to be his real life job.

– Glad we got to see Mark Linn-Baker again. He does Connecticut proud!

– “Remember to always refer to women as females.”

– “Historically, we’ve been light in that department.” 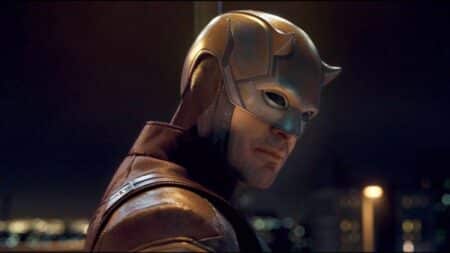 Everything happens all at once to She-Hulk: Attorney at Law

“Ribbit and Rip It” is She-Hulk’s busiest episode yet with Jen’s first superhero outing, a big twist, and the long-awaited appearance by a fan favorite. 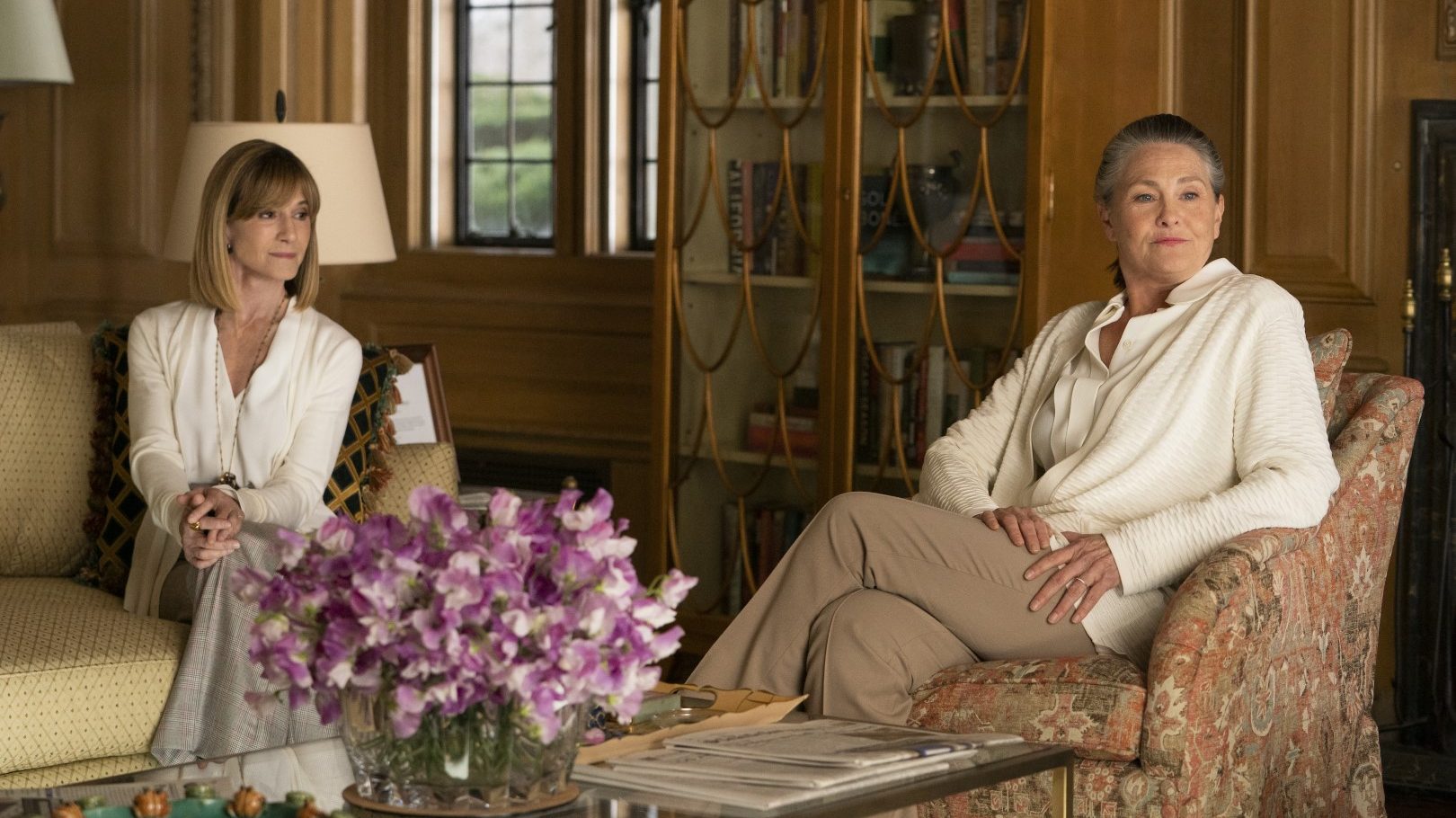 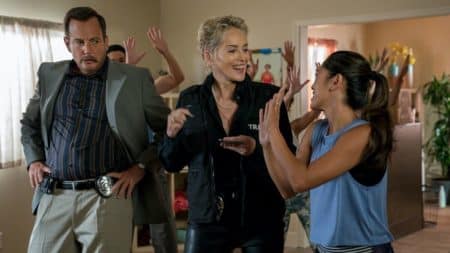