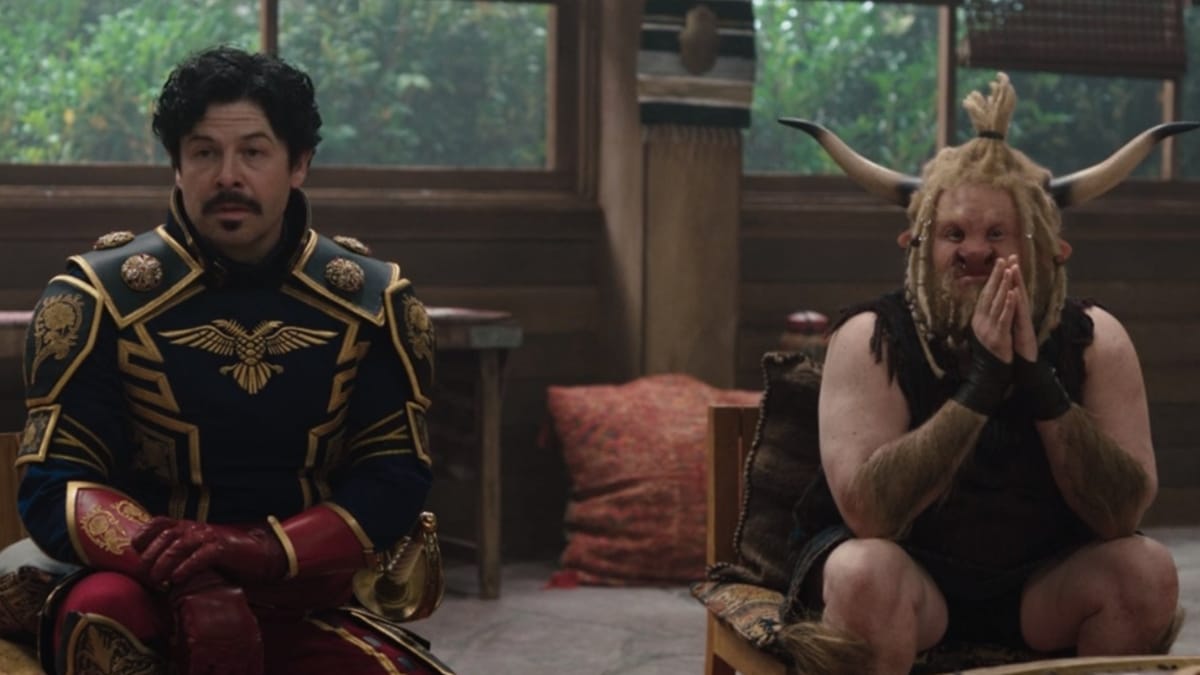 After last week’s ode to bad love—bridezillas, divorce, a man so cowardly as to fake his death rather than discuss relationship issues—this week kicks off with some good love. In a montage worthy of your favorite cinematic rom-com, Jen (Tatiana Maslany) and Josh (Trevor Salter) keep their wedding meet-cute going with food trucks, top-down convertible rides, and a night at the drive-in.

Then, after the third date (someday, someone needs to explain the magic of the third date to this long-married man), they sleep together. He’s gone when she wakes up. Worse, he doesn’t respond to her next morning text. For days.

Also, unbeknownst to Jen, it turns out he’s either working for HulkKing or just trying to impress that alt-right message board from last week because he copies all her data off her phone, takes a photo of her sleeping in bed, and seems to imply he stole some of her blood too.

Thankfully, Emil Blonsky’s (Tim Roth) back to keep Jen from stewing in the ghosting for too hard on day four of no communication. When his inhibitor/tracker seems to be on the fritz, Blonsky’s parole officer Chuck Donelan (John Pirruccello), reaches out to Jen, asking her to come with him for the check-in. Jen sees it as her duty as Blonsky’s attorney, but Donelan clearly wants her for her muscle.

Despite Donelan’s fears, Blonsky remains on the straight and narrow on the lands of enormous retreat, adhering to his probation agreement. Apparently, an encounter with an electric fence to help a chicken is to blame. After recalibrating the cuff, Donelan races away.

On the other hand, Jen proves a bit too slow. Before she can head out, two of the retreat’s residents appear and ruin her car. El Aguila (Joseph Castillo-Midyett)—who looks like a matador and did do some light matadoring in college, just to try, but is NOT a matador—and Man-Bull (Nathan Hurd) are therapeutically working out some issues. Unfortunately, it being therapy, not just a brawl, doesn’t take the dents out of Jen’s hood.

While waiting for the tow truck, Jen wanders the ground, searching for a signal, still jones-ing for any word from Josh. Her travels eventually lead her to Blonsky’s support group, where she casually eavesdrops until Wrecker (Nick Gomez), the misogynistic jerk leading the Wrecking Crew with his mystical crowbar, shows up. Jen loses her temper and loses him across the room. Before it can go any further, though, Wrecker reveals himself to be a seemingly changed man, and Jen finds herself joining the therapy circle.

I’m impressed by She-Hulk nicely dancing the line between parody and honest support group. On the one hand, there’s so much ridiculous jargon tossed about. On the other, support groups do tend to use jargon as a means of creating connection. America’s most famous support groups, AA, are drenched in jargon like “higher power” and “Big book.” It likely doesn’t register in the same way because it has so infiltrated life outside the group. Give “radical accountability” a decade.

Even as it goes for the laughs, there is an honesty and earnestness to the group’s portrayal. The figures and the setting are purposely ridiculous, but the work feels serious. Roth’s Blonsky comes across as a natural facilitator. It does a better job than most “serious shows” at capturing the feel and sound of support groups.

In the end, Jen reaches a breakthrough in her love/hate relationship with She-Hulk in time for a session in the sweat yurt before she hits the road again. Her articulation of being both your most popular friend and yourself at once is an interesting framing of that internal dynamic. In comics, Jen opts to live almost entirely as She-Hulk, which lends this idea of the green one as your “best” version further weight. The group’s genuine excitement for her, and their very sweet card, is enough to make you think all men aren’t trash. Then we get the Josh reveal, and perhaps you refine your beliefs again.

– There’s almost no Attorney at Law this week, and that’s perfectly fine. The show shouldn’t feel like it is just checking things off a box every week.

– If you’re a Marvel Comics fan, you might have found yourself wondering, “Saracen (Terrence Clowe)? He’s a vampire now?” I get it. I had that trading card too. But no, this is a different Saracen. Still a character from the comics, though.

– I loved Porcupine’s (Jordan Aaron Ford) costume. It nailed how ridiculous it looks in print while still feeling plausible.

– You’ll see a bunch below, but I honestly could’ve pulled so many more quotes from the support group. They were on fire.

I hope we aren’t headed for a reveal that Blonsky’s inhibitor “short out” was a lie to cover up his being up to no good. Roth is so skilled at making Blonsky this sort of ridiculous, sort of profound character that I’d hate for it to turn out he’s just evil Abomination pretending.

– Fun fact: the second episode, “Superhuman Law,” was billed as “The Retreat” on Disney+ long enough that my recap of that episode has “the-retreat” in the URL.

-She-Hulk looked well-realized this week. Especially the detail on her arm musculature. Then again, maybe I’m just getting used to the uncanny valley.

-This is my shortest recap yet, but that’s got more to do with an opening 8-minute rom-com montage and there only being an A-plot. It isn’t because the show wasn’t excellent this week. I loved this episode.

“You’re honking your horn at a 10-foot-tall lizard monster.”

“Brother Blonsky’s actually taught me a lot about taking responsibility for my anger. Man-Bull.”

“That was nothing. You just said nothing to a very straightforward question.”

“This is Porcupine. He’s a porcupine.”

“I’m gonna need you to sit in the calming chair right now.”

“Get big? Jolly Green yourself? I don’t know what you call it.” “Hulking out.” 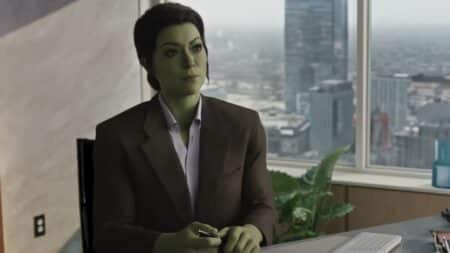 She-Hulk: Attorney at Law gets back to the courtroom, continues to collect guest stars

“The People vs. Emil Blonksy” showcases the series increasing comfort with the material. 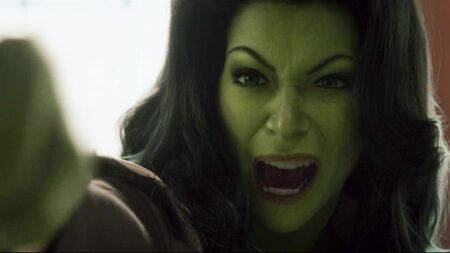 She-Hulk: Attorney at Law refuses to accept her ending 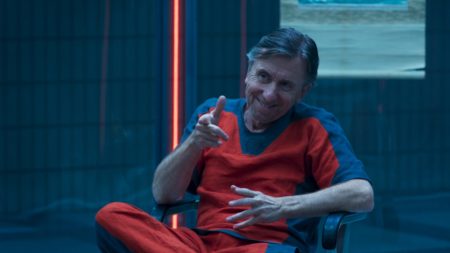