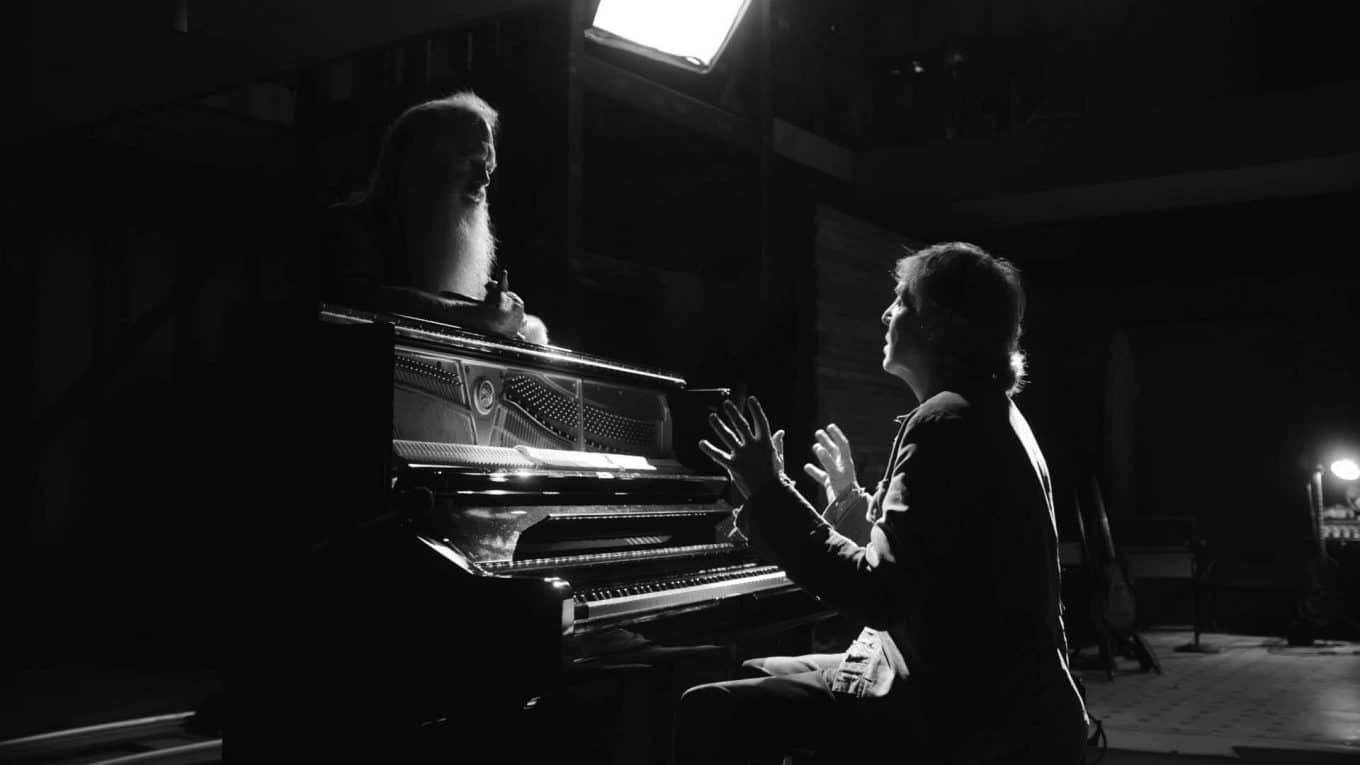 This loose conversational look at McCartney’s work has plenty for those into him or music, but little for the casual viewer.

Not all entertainment is for everyone.

This is important to bear in mind when it comes to Hulu’s new series McCartney 3,2,1, a “musicians hang” documentary that sees famed producer Rick Rubin lead Paul McCartney down memory lane.

Devotees of the Beatles (and Paul in specific) will no doubt be utterly delighted with the six half-hour episodes. Unfolding at an easy pace, the series feels like what it is, a conversation between McCartney and Rubin. McCartney shares stories, follows tangents, responds to nudges from Rubin, and generally balances pride at what he and his bandmates created with humility at what he sees as his musical shortcomings.

Music fans will also likely find plenty to dig into here. The freestyle nature of Rubin and McCartney’s chat allows for new perspectives on old tales and new insights into how songs grew from random chords, desires to impress at parties, and the inspiration of other artists’ works. Both Rubin and McCartney are smart enough about music to speak of it with insight and loose enough to avoid bogging the discussion down with jargon. This is not a conversation you need to be an expert to get something out of, but it also isn’t so bland or watered down that’ll bore those with a deep bench of knowledge.

However, for people who don’t fit into either of those groups, they may come away from the experience feeling, well, a bit bored. What feels visually interesting when engaged by the subject matter—the black and white palette, the lighting that obscures everything but the two participants and some key piece of musical equipment, the use of still photographs and very brief video clips from the past—has less of an allure if you aren’t naturally inclined to buy-in.

It isn’t that McCartney 3,2,1 puts a fence between itself and the audience. It doesn’t engage in a kind of visual gatekeeping. However, it is an aesthetically pleasing but sparse approach. Viewers may appreciate the approach, but appreciation will be as far as they go if the stories don’t interest them.

Both Rubin and McCartney are smart enough about music to speak of it with insight and loose enough to avoid bogging the discussion down with jargon.

The casual viewer likely will also find Rubin’s approach a bit too fannish. While by no means fawning—no one will come away with Chris Farley vibes here—Rubin nonetheless has little depth to his wonderings. There’s no bite, nor the slightest of pushback. The Beatles’ history often veered into the contentious, but if McCartney doesn’t go there, Rubin doesn’t ask about it.

As a result, moments like when McCartney labels his and John Lennon’s disagreements as good for the band’s creativity don’t receive much interrogation. This doesn’t have to be a hard-hitting piece of journalism, but it often feels like a bit more friction in the mix could have lead to some far deeper thoughts about how the tension that made the band break up in just 10 years also made it great and vice versa.

For those who McCartney 3, 2, 1 holds appeal, the hangout vibes, the casual insights, and the aesthetics will please very much. There’s little else that 3, 2, 1 offers to hold their attention for those less naturally inclined to the artists or the subject matter.

McCartney 3, 2, 1 locks itself into the mixing studio start July 16 on Hulu.