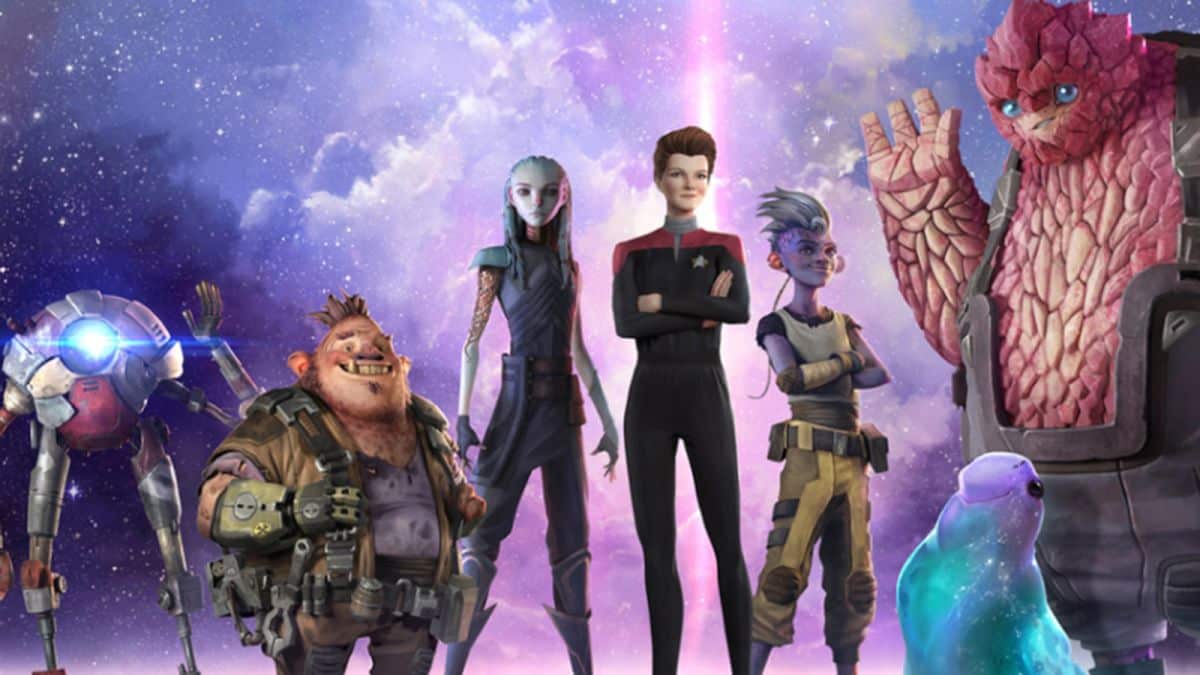 When Star Trek: Deep Space Nine debuted in 1993, it was different. No longer were our heroes aboard Starfleet’s flagship. No longer did they hail exclusively from the Federation. No longer would they harmoniously explore the galaxy with a different destination every week. Instead, they were stationed on a backwater alien refinery. The show’s major players were a mix of Starfleet officers, local veterans, and civilian operators. The station was the destination, and the stories came from the various visitors passing through.

The change in tone and premise was jarring for legions of Star Trek fans (and frankly, still is for many). But over time, Deep Space Nine and its acolytes carved out their own, equally-lauded corner of the franchise. What the series lacked in a natural fit with the previous adventures of Kirk and Picard, it made up for in its distinctiveness, finding untapped potential in the spaces prior (and future) shows hadn’t explored.

This is all to say that Star Trek: Prodigy doesn’t feel much like Star Trek in its opening stanza either. The series features an unusual mix of characters who likewise hail from strange locales. And it strikes a tone that will be unfamiliar to longtime fans. But it’s also good enough in its own right and worthy of the same leeway to accomplish what DS9 did so many years ago — mark its own place within the Star Trek universe.

The new show, which airs on Paramount+ by way of Nickelodeon, is the franchise’s first foray into children’s television since 1973’s Star Trek: The Animated Series. It centers on Dal (Brett Gray), a quick-talking, resourceful young mischief-maker who’s trapped on a penal colony and anxious to escape and discover who he really is. His foil (and presumed love interest) is Gwyn (Ella Purnell), the daughter of the prison’s overseer with a penchant for languages, a resentment over what her father keeps from her, and a desire to travel the stars. Along the way, they team up with Zero (Angus Imrie), a fugitive non-corporeal being; Rok-Tahk (Rylee Alazraqui), a hulking but childlike rock alien; Jankom Pog (Jason Mantzoukas), an argumentative Tellarite engineer; and Murf (Dee Bradley Baker), the group’s globulous pet and mascot.

The best thing in Prodigy’s favor is how this milieu clicks from the jump. The lifeblood of any Star Trek series is the camaraderie (and/or antagonism) of the crew. The personalities aboard the U.S.S. Protostar have a fun dynamic from their first launch, with enough broad humor to keep the kiddos entertained, and enough natural alliances and friction to find common ground and entertaining conflicts. In the show’s early going, these young adults must work together to escape the prison colony and find their way across the greater galaxy. And the high points and low points of their shaggy, improvised collaboration makes for the best part of the series debut.

The catch to all of this is that little in the series’ first few episodes feels of a piece with the rest of Star Trek. The show does feature a Medusan (from a 1968 episode of the original series), a Tellarite (one of the Federation’s founding species), and a universal translator (via a combadge sporting the franchise’s trademark insignia). Most notably, it also features a holographic Captain Janeway (Kate Mulgrew), returning to the fold after the events of Star Trek: Voyager to guide the kids along their journey. Mulgrew steps back into the role with ease and provides the series its strongest connection to Star Trek’s past.

But Prodigy blasts off with a flight plan more in the vein of a traditional young adult action-adventure series than the usual Trekian trajectory. Its stars are a motley crew of young rascals running away from a conniving villain, rather than trained professionals surveying the galaxy. They’re thrown together by chance, jawing and muddling their way through in a ship they don’t know quite how to use. The show’s tone and setup are far removed, literally and figuratively, from the likes of The Next Generation or Discovery.

If anything, Prodigy seems much more in the mold of Star Wars. Gene Roddenberry and his successors have never really done the plucky kid hero bit (beyond some misaimed attempts with Wesley Crusher), but it’s the bread and butter of the Galaxy Far Far Away. Villainous multi-armed robots, evil dads hiding secrets from their offspring, and scrappy young orphans who explicitly represent “hope” and yearn to discover their personal histories among the stars are much more the stock and trade of George Lucas’s multimedia empire. Fans of Star Wars: Rebels in particular will recognize parallels in the initial vibe and premise of Prodigy.

In fact, Dal clocks in as one part Ezra Bridger and one part Fresh Prince. That’s not a bad thing, though. The young scrapper is a little irksome at first, with a quippiness that scans as out-of-step with typical Star Trek conventions. But Dal’s playful rebellious streak will do well with the younger set, and as Lower Decks demonstrated, toying with the usual tone and tenor can pay real dividends. The show’s protagonist has ample room to grow and find himself over the course of the season and the series, and his found family is built to help that journey along.

Unfortunately, his character design leaves something to be desired. In truth, all of the humanoid characters on the show look a little janky, with busy designs and “hat-on-a-hat”-style gimmicks that fall short of endearing. Their movements often lack a natural weight or pace, and there’s an over-expressiveness to their reactions which can be jarring. The scenes of their scrapes on the prison planet in particular are muddy and generally not easy on the eye.

Fans of Star Wars: Rebels in particular will recognize parallels in the initial vibe and premise of Prodigy.

But when Prodigy cuts to the far reaches of space, the talents of the designers and animators take over. The beauty wins out in well-staged moments of freedom, fights in the middle of vehicle replicators, and daring maneuvers to escape the usual dangerous spatial phenomena. Bolstered by Nami Melumad’s wonderful score, the emotional quotient of these moments wins out over some mixed-bag stylistic choices.

Despite those minor qualms, Star Trek: Prodigy is off to a promising start. With the Star Trek franchise now expanding to five(!) active series all making episodes at the same time, not to mention fifty years of canon, distinguishing yourself is vital. This new series has the built-in advantage of targeting an audience long enthralled by Star Trek, but rarely receiving anything made just for them.

Now they will. And they also have an encouraging young cast with a dynamic that reflects the way teenagers from different walks of life find their bearings and relate to one another. The tenor and approach to Dal, Gwyn, and Holo-Janeway’s adventures across such uncharted territory may not be familiar to longtime Trekkies. But the show’s spirit of expanding the scope and possibilities of Star Trek certainly is.