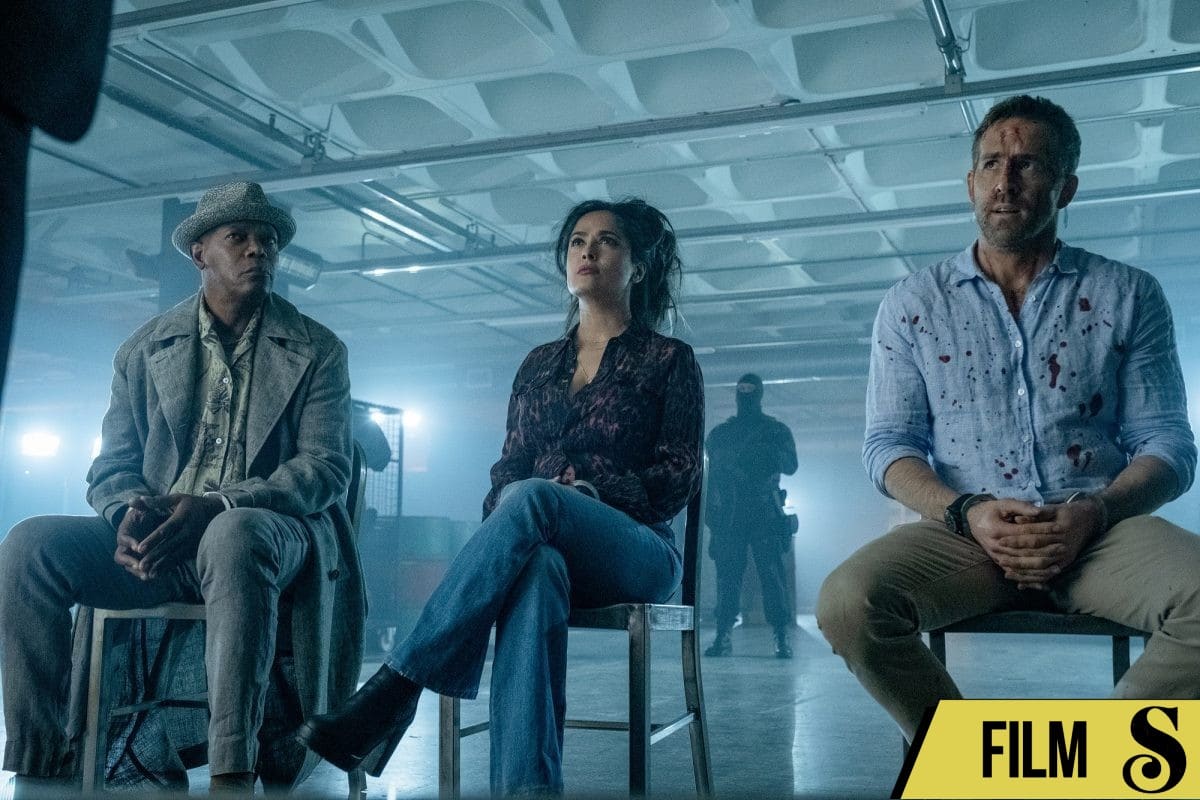 Patrick Hughes’ follow up to The Hitman’s Bodyguard brings plenty of action, but little else.

It takes almost an hour for Patrick Hughes’ The Hitman’s Wife’s Bodyguard to take a break. At around the 52-minute mark, the film goes without dialogue, gunshots/explosions, or a car chase. But this short-lived, relatively still moment lasts less than a minute. Like a person terrified of an awkward silence who just keeps talking and talking to fill the void, Hughes does not let the movie ever take a second to breathe.

The Hitman’s Wife’s Bodyguard’s plot is as convoluted as the title: a Greek billionaire, the ridiculously stereotypically named Aristotle Papadopoulos (Antonio Banderas), wants to punish Europe for the EU’s sanctions on Greece by hacking the power grid to make things explode.  While this plan unfolds, through a rather bizarre set of events, disgraced bodyguard Michael Bryce (Ryan Reynolds) is reunited with his old client/frenemy Darius Kincaid (Samuel L. Jackson) and his wife Sonia (Salma Hayek).

For some reason, Interpol agent Bobby O’Neill (Frank Grillo), who is from Boston as we are constantly reminded, recruits the three to intercept the location of Papadopoulos’ target. The rest of the movie is just the three going around Europe to stop Papadopoulos. Oh yeah, there is an Interpol boss (Caroline Goodall) who is mad at O’Neill for his unorthodox ways, Bryce has daddy issues with his legendary bodyguard stepdad (Morgan Freeman), and there is an attempt at themes about family.

Credit where credit is due, Hughes and cinematographer Terry Stacey know how to shoot an action scene. While there isn’t any shot that is groundbreaking per se, the action scenes are tight and fast-paced. That said, when there is all action with no break, it makes what action there is feel less important. I found my eyes focusing less on gunshots and more on the beautiful European locations. Perhaps this movie was financed in part by the Italian Board of Tourism, because I now have a hankering to hang out by the Mediterranean.

Unfortunately, the dialogue that fills the space between action sequences doesn’t have the same appeal. The script is a three-way job between Tom O’Connor, Phillip Murphy, and Brandon Murphy, the plot structure is flimsy and the jokes mainly fall flat. Judging by how often they use it as a punchline, the trio seems to think that just saying “motherfucker” is inherently funny. The script suffers from a bad case of telling, not showing, with the characters constantly reminding us of their motivations: Sonia wants a family! Bryce wants to be a bodyguard again! Got that? OK, now we’ll remind you again.

With the limitations of the script, the cast feels wasted. Each character seems to be an exaggerated version of the pop-culture perception of each actor. Reynold’s is the put-upon nice guy, Hayek is fiery and passionate, Jackson is cool and says motherfucker a lot, and Freeman is really, really paternal acting. Banderas is the most bizarre casting choice and really brings little to the villain character. He never seems particularly menacing or funny, which may explain why the film spends so little time with him.

For those who enjoy action scenes above all else, there may be something in The Hitman’s Wife’s Bodyguard for you. But unless that is all you need to enjoy a movie, you’re probably better off looking elsewhere when returning to theaters (after you’re vaccinated of course). While I was watching The Hitman’s Wife’s Bodyguard, I was tempted to use Scorsese’s criticism of the MCU against it; that it’s more theme park ride than film. But on further reflection, I realize that’s not appropriate – at least a rollercoaster slows down and lets you breathe from time to time. 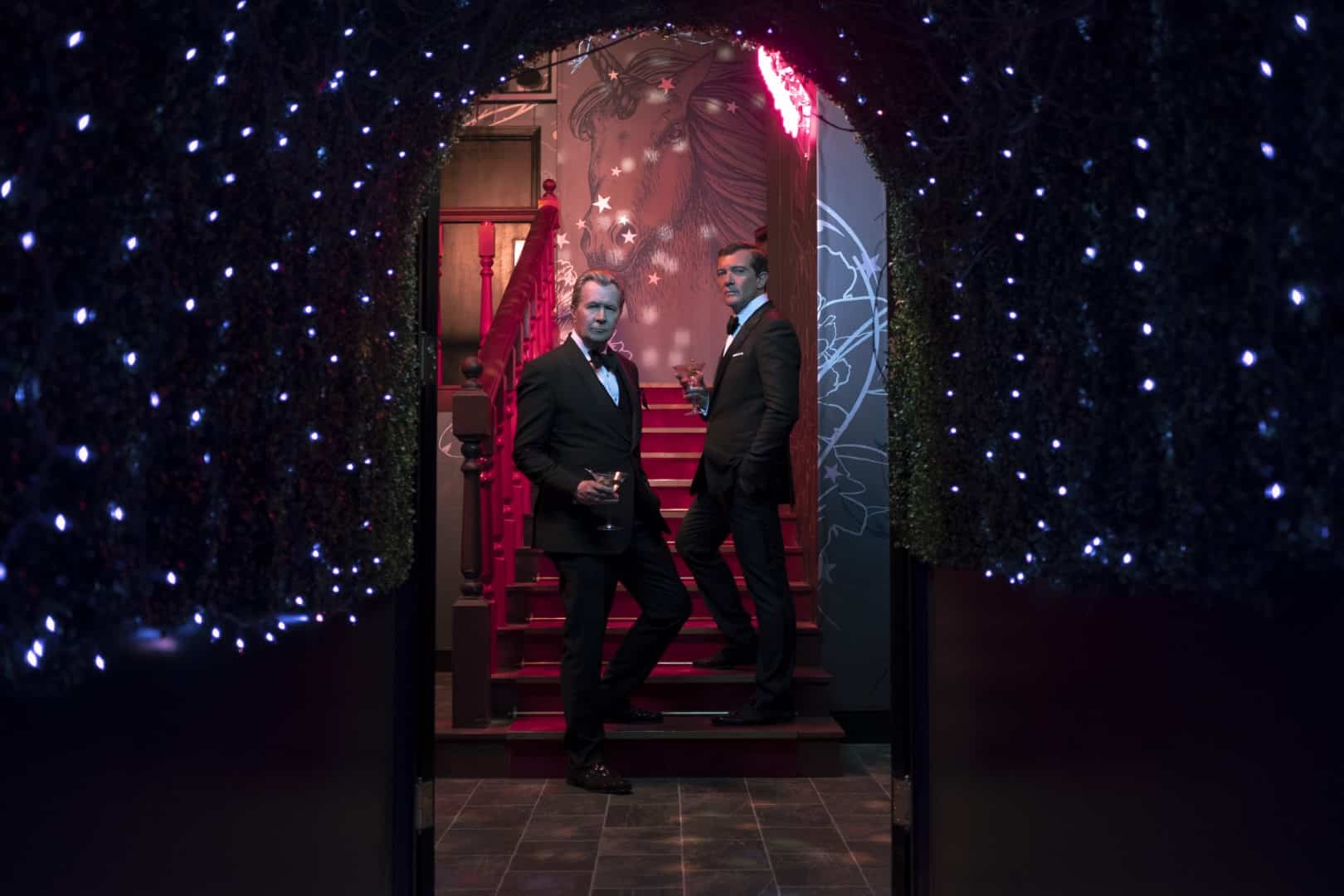 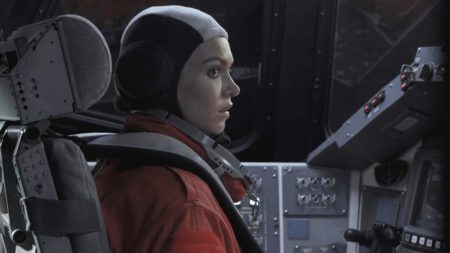