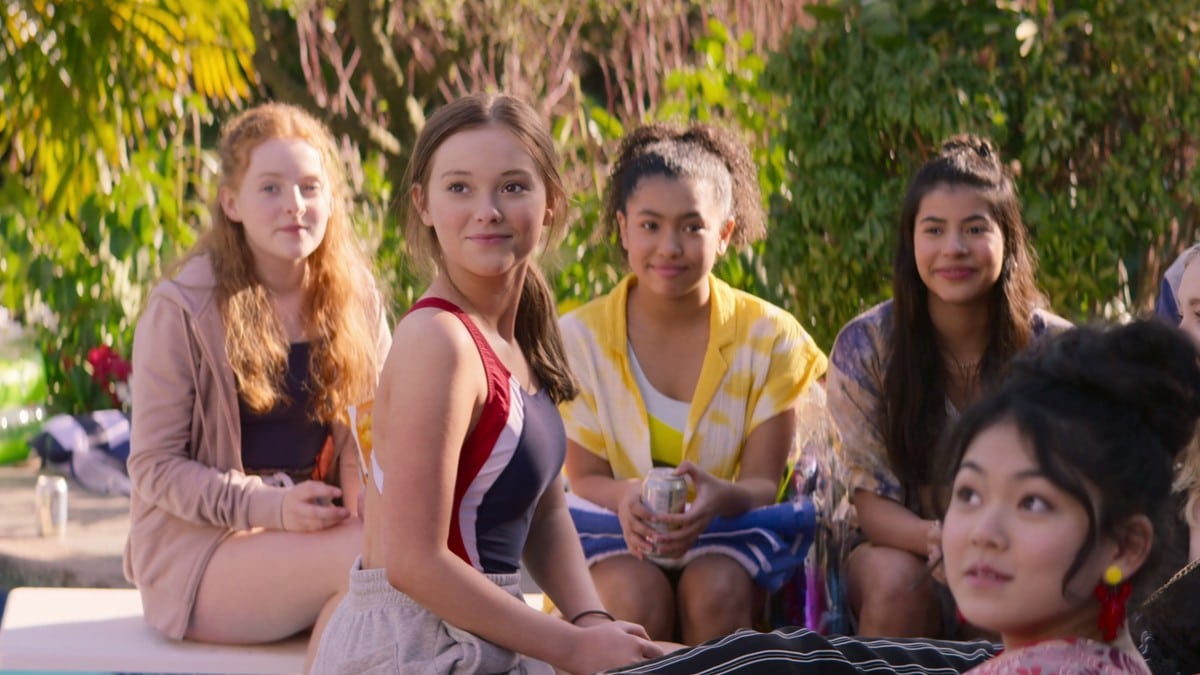 Netflix’s good-hearted adaptation of the classic YA books digs deeper into the ever-complex relationships between its teen characters.

In its first season, Netflix’s The Baby-Sitters Club had to strike a very difficult balance: satisfying adults who might be checking out the show based on nostalgia for the classic YA series by Ann M. Martin, and drawing in new, younger fans with relatable stories at the same time. Luckily, it stuck the landing, with remarkable humor and warmth. Season 2 picks up where the Baby-sitters left off and thoughtfully deepens their relationships with each other and their families, bringing even more dimension and depth to an already exemplary family program.

Series creator Rachel Shukert (GLOW) and her team throw the audience right into the emotional deep end with episode one (“Kristy and the Snobs”), making it clear that they respect their young viewers enough not to tiptoe around real-life issues that affect kids. The season premiere finds Baby-Sitters Club president Kristy Thomas (Sophie Grace) and her little brother David Michael (Benjamin Goas) struggling to adjust to life with their wealthy new step-family, and the death of their dog.

Kristy’s not the only member of the club with a lot on her plate, either. Claudia Kishi’s (Momona Tamada) beloved grandmother Mimi (Takayo Fischer) never recovered fully from her stroke and speaks in halting sentence fragments. Dawn Schaefer (Kyndra Sanchez, taking over seamlessly for Xochitl Gomez) still plays the reluctant therapist for the adults in her life. Even the perfectionist of the group, Stacey McGill (Shay Rudolph) is scrambling, in secret, to manage her diabetes. Many shows geared towards tweens would flounder in exploring these topics without getting sappy or didactic, but The Baby-Sitters Club feels unique in its ability to totally avoid those pitfalls.

The show handles each story with refreshing honesty and a deeply welcome lack of condescension. Since the dialogue is paced noticeably slower than your average Disney Channel or Nickelodeon tween fare, the show lets the characters breathe. (It’s also, mercifully, laugh track-free.) Kristy’s complex dynamic with her kindly stepfather, Watson Brewer (Mark Feuerstein), unfolds in a way that feels totally natural, moving from awkward mealtime conversations to a bond over her biological father’s absence.

Buoyed by the strong, realistic writing, the young cast members rarely misstep. Tamada in particular brings an observant, sharp quality to the iconic Claudia Kishi, and her scenes with her tech-obsessed sister Janine (Aya Furukawa) are a complete joy. (Netflix’s short documentary The Claudia Kishi Club is a great companion to either season.) New club member Mallory Pike (Vivian Watson) is sneakily funny in her role as the high-strung Horse Girl of the group, and scene-stealer Karen Brewer (Sophia Reid-Gantzert), Kristy’s spooky stepsister, returns with a lot of great material that doesn’t lean too heavily on creepy kid clichés.

The adult actors are also in top form; Alicia Silverstone is at her movie-star best as Kristy’s mother Elizabeth Thomas, and Feuerstein is almost impossibly charming as her dorky husband.

Even though our leads may handle mature issues, the show is very clear that they’re children and deserve to be treated as such. This may sound like a given, but anyone who’s spent any time watching television geared at middle-schoolers could tell you that it’s sadly not. The Baby-Sitters Club is one of the few pieces of YA fiction that actually includes plotlines about codependent parents who unintentionally burden their children with too much information. They’re capable young women who deserve respect but also help and support from the adults in their lives.

Best of all, this season explores the romance between Mary Anne Spier (Malia Baker) and Logan Bruno (Rian McCririck) in a surprisingly nuanced and age-appropriate way. Baker and McCririck share a lovely, if painfully awkward, dynamic, and it was sweet to see the storyline play out without it ever devolving into a sultry teen soap opera.

The writers are careful to honor each baby-sitter’s unique personality, and even more importantly, the unique relationships that hold the Club together. Instead of washing out the girls’ friendships into a generic group hang, we get to see how each of the girls has her own bonds and points of friction with the others. For example, Claudia may be tender and attentive with her best friend Stacey even when Stacey snaps at her, but bristles at Mallory’s naturally enthusiastic nature—whereas Mallory’s fellow newcomer Jessi Ramsey (Anais Lee) thinks that enthusiasm is one of the best things about her friend.

Too many works of fiction for tween girls act like the only points of conflict or solidarity between them are boys or clothes, and Baby-Sitters comes nowhere near falling into that trap. The girls of the club are allowed to care about the March for Our Lives and being in their own fashion show.

There’s no shortage of silly hijinks to be had—multiple episodes involve the possible presence of ghosts. But more high-concept episodes like “Dawn and the Wicked Stepsister,” in which Dawn and Mary Anne discover a secret tunnel in the walls of Dawn’s house, are really heartfelt explorations of friendships and families. Mary Anne’s father, Richard Spier (Marc Evan Jackson), and Dawn’s mother, Sharon Porter (Jessica Elaina Eason) perfectly epitomize this dynamic. Still in a relationship in Season 2, they deliver some of the show’s most touching emotional moments and best jokes. Type-A Richard packs multiple pewter chess sets for a week’s stay at Sharon’s house; easy-going Sharon’s only response to a waiter pouring a thirteen-year-old a glass of wine is, “I’ll take it.” They could have their own show.

There’s not a lot to nitpick in this tight, eight-episode season. Jessi’s episode involves an oddly grim, upsetting child influencer storyline that feels out of line with the show’s sparing use of social media. It would be exciting to see racial aspects of the girls’ lives explored in a future season since the show is so good at weaving in their different cultures and included a significant LGBTQ character in season 2. And

Like many shows produced last year, you certainly feel the COVID restrictions on filming from time to time. Stoneybrook seems oddly empty, and they apparently strictly babysit only children now. Sadly, the large Pike family, who were used to great comedic effect last season, remain almost entirely off-screen this time around, though Mallory was promoted to series regular. But it seems like the writers mostly steered into the restrictions and honed in on what makes these characters so compelling, so these are ultimately small sacrifices to make.

When The Baby-Sitters Club first premiered, it felt almost too good to be true. Shows that adults and their children can enjoy together are few and far between. Happily, this new season more than lives up to the high standard set by season 1 by rounding out its characters and staying true to itself. Who knows? It might even spark a few family conversations in real life.

The Baby-Sitters Club returns for season 2 on Netflix October 11th.