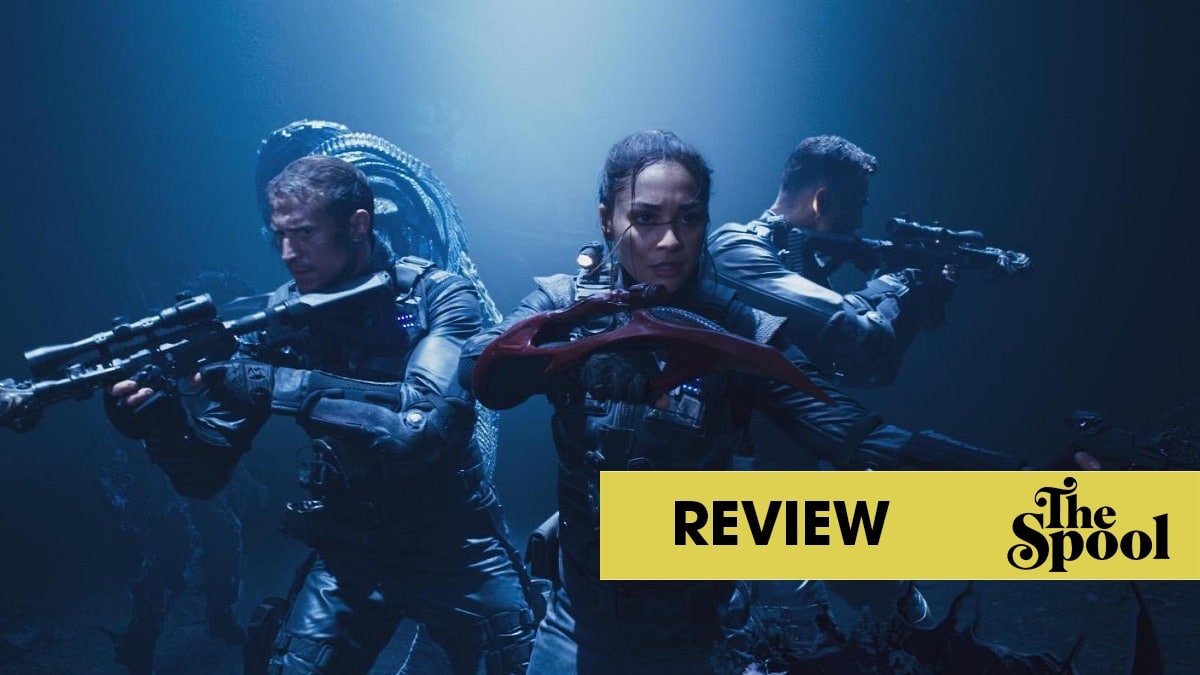 When the Harvesters attacked, they caught humanity flat-footed. We weren’t ready for the sudden arrival of a deep-space armada. Or for a fleet of spaceships armed with mind-mucking lasers. Or for an army of biomechanical Pilots powered by the washed brains of select humans.

But humanity fought back. Pilots overcame their brainwashing through prolonged exposure to the Harvesters’ own tech. Humanity found common ground, rallied together, and fought back. And at the head of the resistance? Rose (Lindsey Morgan, The 100).

Born to an unlucky couple (the protagonists of the first Skyline) in the depths of a Harvester spaceship, Rose grew up parented by Beyond Skyline’s hero Mark Corley (Frank Grillo, The Purge: Anarchy). Thanks to the unique circumstances surrounding her birth, Rose could control Harvester tech with unparalleled finesse and skill. Alongside her adoptive brother Trent Corley (Jeremy Fitzgerald, Logan) one of the first Pilots to break free of the Harvesters, Rose led humanity to a decisive victory over the invasion.

But a decisive victory isn’t the same thing as a flawless victory. The Harvesters’ defeat came at a terrible price. And in the wake of victory, Rose vanished. For a time, an unsteady peace reigned. Humanity – both baseline and Pilot – lived together, if not without bigotry and festering grudges. Earth’s wounds were healing. And then, as it had to, the other shoe dropped. Without Harvester tech to maintain them, the Pilots’ bodies’ original programming – to crush, kill, and destroy – began to override their consciousnesses.

With a mass breakdown imminent, General Radford (Alexander Siddig, Star Trek: Deep Space Nine) tracks down Rose and tasks her with a mission. Together, they will lead a team to the Harvesters’ homeworld, codenamed Cobalt-1, and retrieve an engine capable of stabilizing the Pilots – hopefully before a rampage levels civilization.

To save humanity, Rose will have to descend into the ruined depths of Cobalt-1. She’ll need to brave not only the planet’s host of perils but her own long-stewing guilt and self-loathing. Fortunately, she won’t be going alone. Trent’s got her back, now and always. And Radford’s team includes some heavy hitters – including action legend Daniel Bernhardt (Atomic Blonde). Meanwhile, on Earth, a scientist named Dr. Mal (Rhona Mitra, Doomsday) races to finish a cure for the Pilots’ degeneration even as her refugee camp comes under attack by a band of berserk Pilots. She and her few allies (including The Raid’s Yayan Ruhian – returning from Beyond Skyline and Game of Thrones’ James Cosmo) will have to hold the line.

As a sequel to Beyond Skyline, Skylines (styled cheekily in the titles as SKYLIN3S) is an intriguing change of pace. On its own terms, it’s an absolute blast of a movie. Director/writer Liam O’Donnell and his creative collaborators have made a bouncy, joyous science-fiction actioner whose successes recall works like Aliens, the long-running Super Sentai franchise, and Doctor Who. The action skillfully bobs between terror and thrills. The effects work, especially for the Pilots, is creative, grody, and creatively grody. And the story’s packed without feeling overstuffed.

Beyond Skyline was a desperate battle for survival – fights against the Harvesters and the Pilots were first and foremost about avoiding death. While Dr. Mal’s storyline carries on in that style, Skylines frames most of its action differently. After a bombastic introduction to the war’s end with Road Warrior-style narration from Cosmo’s Grant, Skylines shifts into a horror-mystery for the exploration of Cobalt-1. And once the mystery’s solved, it shifts again – this time into a capital-letter Intimate Battle for the Fate of Earth.

Skylines’ shifting tones enable O’Donnell and his collaborators to bring together a tremendous variety of set pieces. Mal and her compatriots try to fend off the berserk Pilots despite being badly outgunned and outnumbered. Rose and her team brave a swarm of bizarre, cloaked fiends in the depths of Cobalt-1. Bernhardt gets to deploy some of his spectacular kicks. And there’s a late-movie death which is best described as gloriously brutal. As disparate as these scenes are formally, O’Donnell brings them together with verve. To the last, the action sequences are a joy to watch.

While Grillo’s gruffness is certainly missed, Skylines’ cast is quite good. Morgan’s an excellent heroine – Rose is always trying to do right, even as the definition of right shifts and shifts and shifts again. She’s a strong action performer, both in terms of hand-to-hand fights and some more effects-heavy work. And she works really, really well with Fitzgerald’s Trent. The two nimbly manage an always loving but currently strained sibling relationship. That they do so while Fitzgerald is performing in one of the elaborate, full-body Pilot costumes is especially impressive.

Without getting too deep into spoilers, Siddig and Bernhardt do fun work as well. Siddig brings some interesting shades to his near-future science fiction military leader. Bernhardt’s gruff military man has his share of layers too. He’s respectful to his fellow soldiers but disdains the team’s civilian and former military members. And late in the story, he reveals a side of himself that’s unexpected, but both fascinating and fitting.

Skylines’ highs aren’t quite on par with Beyond’s, but they don’t necessarily need to be. It’s a very different film from its predecessor, and it cultivates a very different mood. It has, to quote the seminal British comics mag 2000AD, “thrill-power.” It’s a playful, tone-hopping science-fiction actioner whose quiet moments have weight and whose bold moments earn fist pumps.

In the immortal parlance of Douglas Adams, Liam O’Donnell and company know where their towels are. Skylines is proof positive of that.

Skylines is currently available on demand. 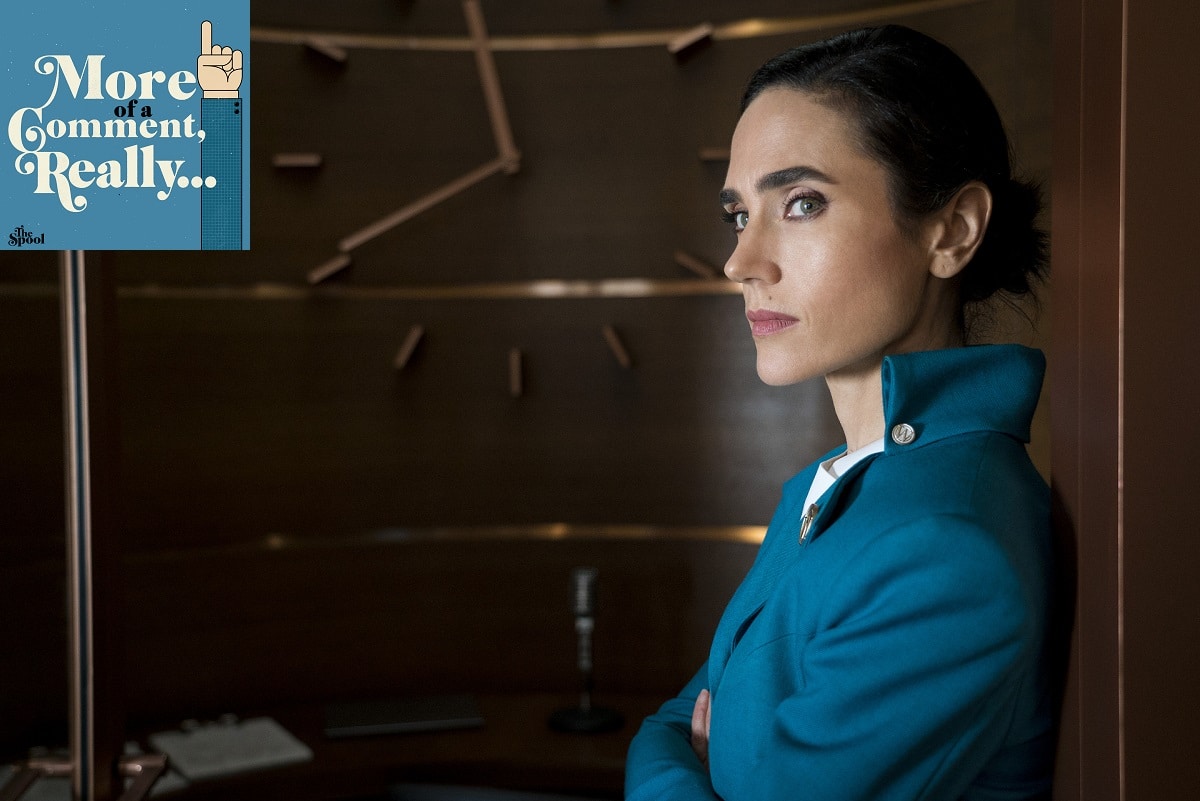 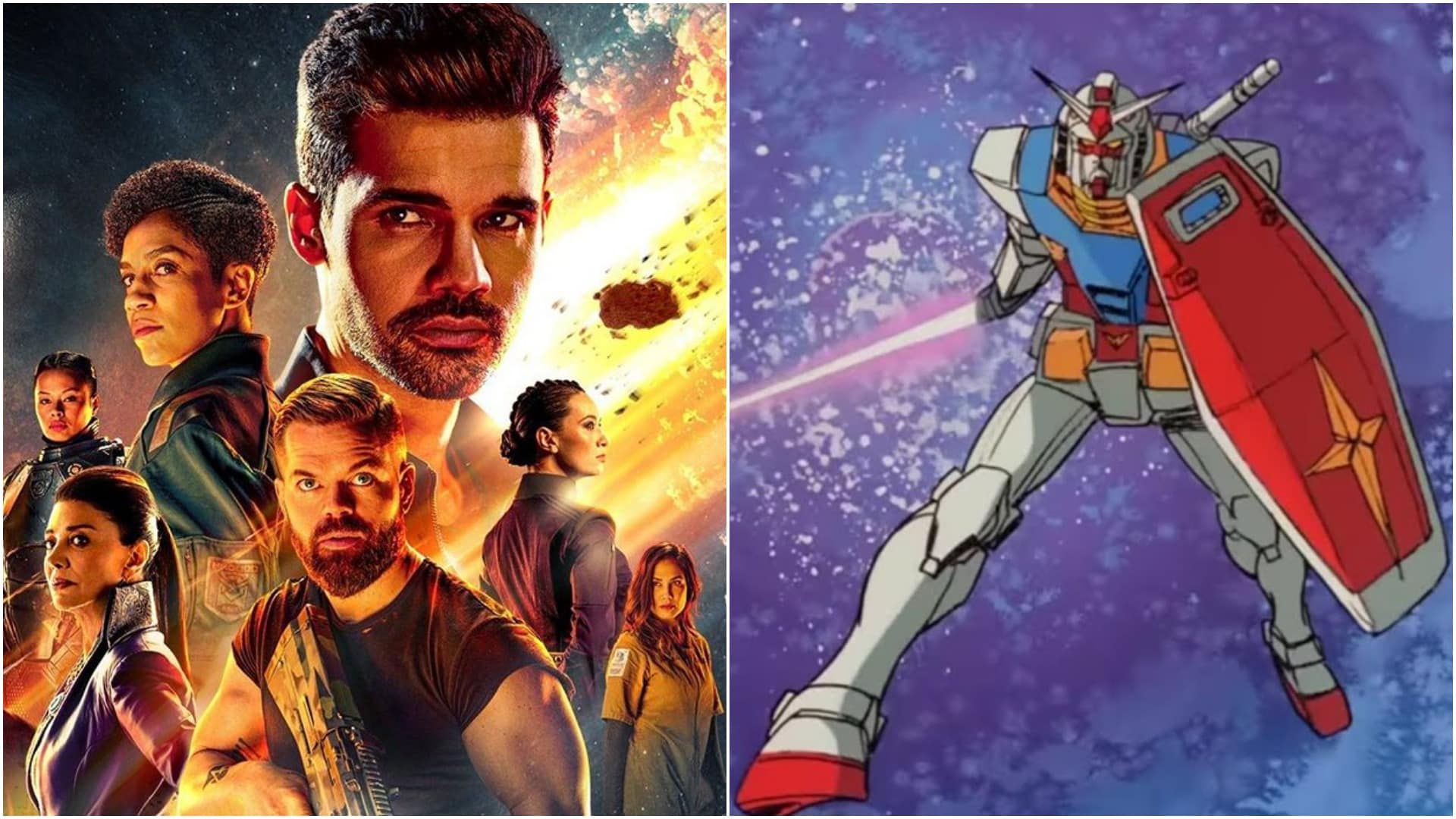 “The Expanse” and “Mobile Suit Gundam”: two sides of the sci-fi coin

Fans of Amazon's premiere science-fiction series would do well to spend their time between seasons catching up on its anime forebears. 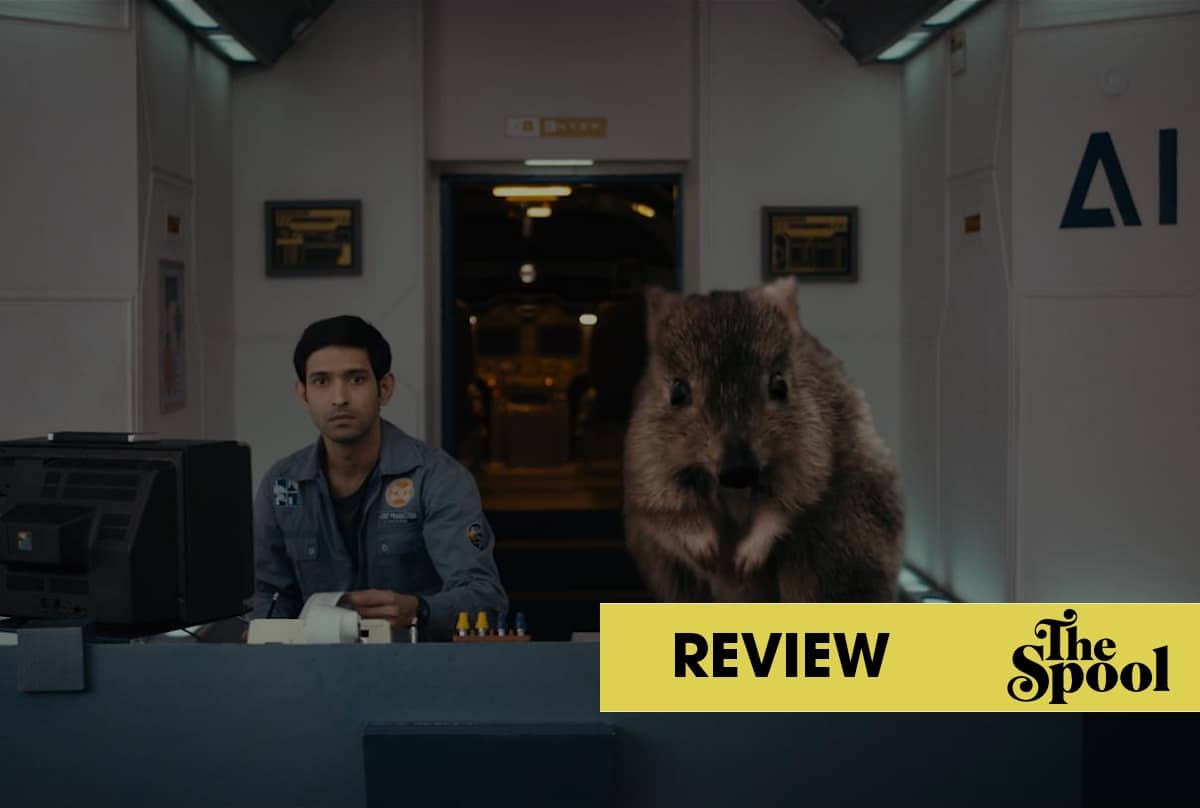 SXSW: “Cargo” Turns The Afterlife into a Quirky Space Drama

India's "first spaceship movie" is a languid, but occasionally thoughtful sci-fi dramedy about the bureaucracy of death.