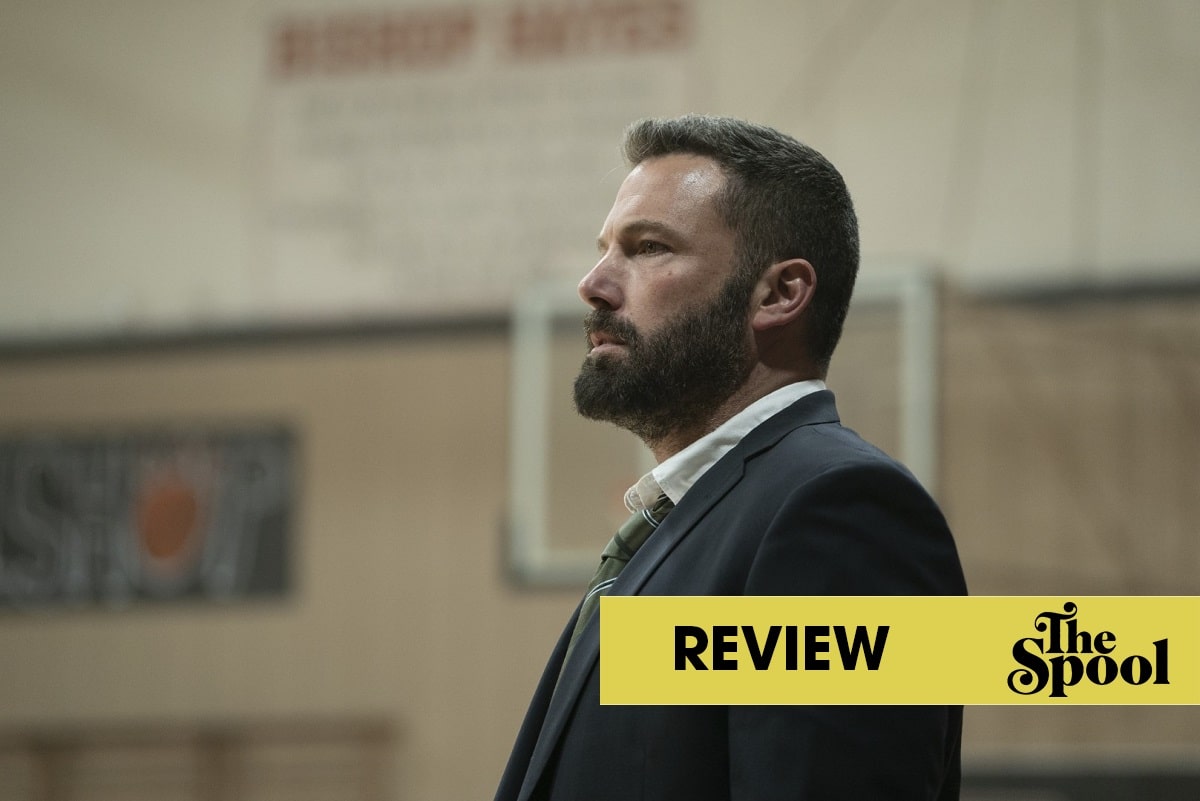 The much-memed movie star finds his footing again in a familiar but satisfying redemption story.

Unfairly relegated to memedom thanks to his disastrous press appearances (“Darkness, my old friend…”) and midlife crisis moments like getting a dragon tattoo that Ed Hardy would call too gaudy, Ben Affleck has nonetheless experienced a fascinating and emotional onscreen transformation over the last decade of his career.

Still undoubtedly a movie star in the classic sense, Affleck’s cocksure marquee attitude has now melted into a malleable melancholy. And while the rest of Affleck’s performances this decade have orbited around Gone Girl’s masterful lead role, his last few performances have been girded with a deadened soul, whether it be the jaded mercenary of Triple Frontier or the brick wall façade of his Batman performance – which always felt like it could smolder into rubble at any moment.

Gavin O’Connor’s throwback addiction film, The Way Back, then feels like an apotheosis of the actor’s new persona. Reuniting with Affleck after The Accountant (yes, the autistic assassin one), The Way Back is a familiar but satisfying take on the redemption story strengthened by the palpable pain of its onscreen protagonist.

Backed by the plaintive plinking of Rob Simonsen’s score (mic’d in a way to emphasize the organic movement of the musicians) and Eduard Grau’s intentionally anemic photography, The Way Back emanates the same defeatist aura of its beaten-down protagonist.

Affleck plays Jack Cunningham, a former superstar basketball player who has been reduced to a functioning alcoholic who demonstrates his only feelings of inner calm when he’s mechanically demolishing a 30 rack at home.

His support system still routinely checks in on him whether it be passive friends checking in on him; his ex-wife Angela (Janina Gavankar from Blindspotting underplaying an easily mangled role); or his doting sister Beth (Michaela Watkins nicely threading the balance between worry and familial frustration). He’s not unlikeable, he easily fits into the role of the loving uncle as a goofball storyteller until someone reminds him that they can smell booze on his breath and he flies into a familiar rage.

But O’Connor and screenwriter Brad Ingelsby, to their credit, don’t lean too heavily into the expected histrionics of onscreen alcoholism, instead slyly allowing Affleck to express it in body language and (relatively) covert blackouts that showcase how damaged Jack has become. O’Connor as a director still overly relies on emotional signposting for those three hankie moments, but it’s nowhere near as tangled as the veteran origin story of Warrior or The Accountant’s manipulative backstabbing.

Ingelsby keeps the plotting simple with a Father at his former alma mater, Bishop Hayes Catholic School, pulling Jack out of his daily stupor with an offer to coach an undisciplined basketball team who’s regularly losing by double the number of baskets they’re putting up.

The Way Back is a familiar but satisfying take on the redemption story strengthened by the palpable pain of its onscreen protagonist.

Filled out with a skeleton crew of less than a dozen kids (with four moved up from JV to make them eligible for practice), this varsity team has the usual suspects – the showboat who will need to swallow his pride, the playboy who needs to concentrate, the silent but secret anchor of the team – but while O’Connor unabashedly cribs from the sports story playbook, he’s smart enough to remix the expectations enough to not surrender the film to sentimentality or rote crowd-pleasing.

It’s not accidental that this review began with a description as an addiction story rather than a sports story even as the marketing has fully embraced the court action as the crux. Coaching is instrumental to the arc of Jack, but there’s as much time spent on the process of being a person again.

For instance, before accepting the aforementioned position, there’s even a sequence where an increasingly drunk Jack rehearses over and over how he’s going to say no to the job cutting to a scene where he’s pulling a scraggly suit and tie out of storage and donning his best sneakers to convincingly play the part.

Starting most mornings with a shower beer and filling his work thermos with a fifth of vodka and ending with stumbling to his door with the help of a regular at his watering hole, Jack naturally doesn’t take easily to coaching cold turkey. Even incrementally weaning himself off on nightly visits to Harold’s Bar, his demeanor is itchy, and he swears like a sailor at games. But he’s slowly rejuvenated by this new thing that’s occupying the voids in his life.

When it comes to the games, O’Connor and Grau don’t always find the most enervating ways to shoot the action, but as seen in Miracle and Warrior, O’Connor knows it’s as important to focus on the crowd as the players. And he’s not too precious about the specifics, even cutting games short with a dryly funny still image of the final score of that individual game.

When the reasons for Jack’s anger do eventually emerge, they’re familiar but mostly portrayed without a harrumphing obviousness. A pivotal outside sequence angled to reflect intersecting lens flares is obnoxious, and the lead-in to a more insular third is impressively jarring – but also nearly brings the film to a standstill.

But that’s long been O’Connor’s style. He’s clearly versed in the history of his chosen genres, but he’s restrained enough to keep his films from becoming baldly platitudinous or overly indebted to their influences. And together with Affleck’s uncompromisingly committed lead performance, The Way Back is far less interested in rehashing the past – or changing the future of the genre – than demonstrating the power of incremental progress.

The Way Back finds its way back to theaters now.

The Way Back Trailer: