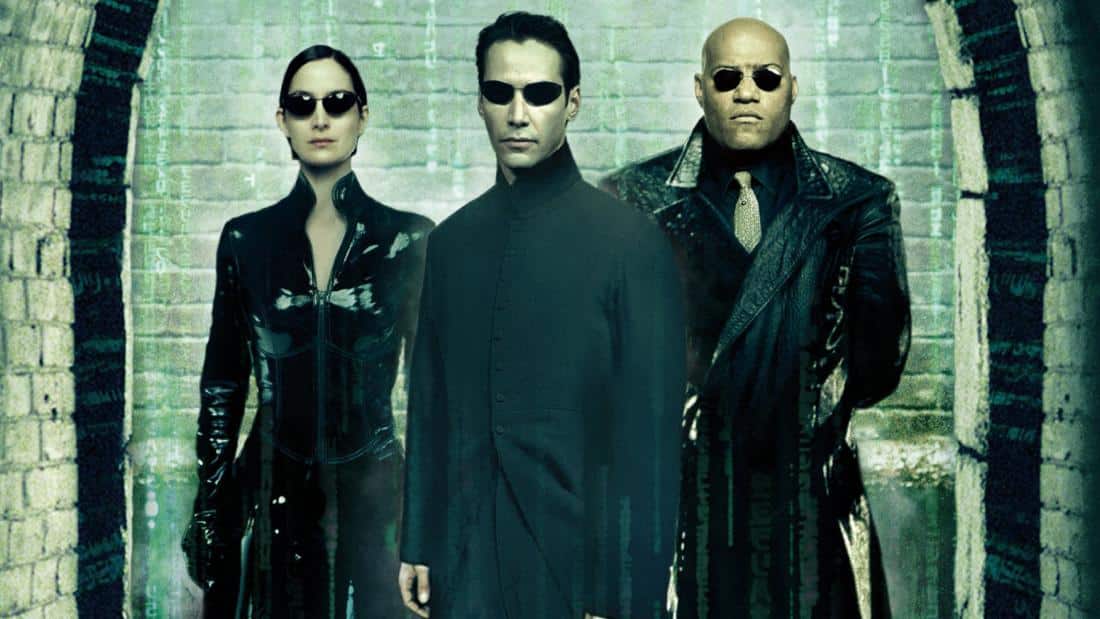 The Wachowskis’ seminal sci-fi trilogy hits 4K today ahead of the first Matrix’s 20th anniversary. In honor of that, we take a look back at the much-maligned Matrix sequels and their intriguing ability to build upon (and even subvert) the themes of the first.

The Matrix movies are some of the most influential pop-culture artifacts of the 21st century, and for good reason. They have action and cool effects; they’re super stylish, with house music and people in leather jackets with sunglasses. Those things are great (or not, depending on your tolerance for such things) but that’s not what they’re really about, or at least that’s not what makes them interesting. While the first Matrix stands tall as a standard-bearer for science fiction and action filmmaking, its paired 2003 sequels, The Matrix Reloaded and The Matrix Revolutions, have long been maligned for allegedly misunderstanding and ruining what made the first film so special. When viewed as a whole, however, there’s a strong argument to be made for how the sequels challenge and subvert the morally binary foundation set up in the first film to offer a deeper and richer vision of the world and the conflicts within it.

The first Matrix is about exceptionalism – it’s a story about how a small group of special people assert their free will against a faceless, monolithic system of control. Its sequels, Reloaded and Revolutions, are about commonality, the opposite of exceptionalism. They erode the good vs. evil morality and simple self-empowering message of The Matrix by humanizing their antagonists, encouraging the audience to recognize how similar the two warring sides really are. That’s not an easy thing to do, especially in a massively-budgeted tentpole series, and it’s worth taking a moment to examine some of the ways they do it by discussing a couple scenes and ideas in Reloaded and Revolutions, and how they invite the audience to reconsider the conflict at the heart of these intriguing, deeply challenging films.

In Reloaded, the machine culture is not the unified force viewers remember from the first film. The programs that exist within the Matrix aren’t just there to confine and oppress humans; instead, the Matrix is filled with many factions of machines, all with their own ideas and agendas. Some programs don’t like the way humans are treated and work to empower them. The mystical Oracle is revealed to be a program devoted to helping people, working with other rebel programs with similar goals. Beyond that, there are programs that are just doing their jobs, and have no opinion of the conflict between man and machine any more than some people worry about the environment or where their food comes from. Some programs built and maintain the Matrix and other programs live on the margins, criminals and con artists with a culture of their own. There isn’t a rigid order of evil automatons for the humans to wage war against, so much as a complicated, diverse society, much like the one in the human outpost of Zion.

There’s a scene halfway through Reloaded at a restaurant where we meet a program named The Merovingian (Lambert Wilson), who runs the Matrix’s black market. The Merovingian argues for the majesty of causality, the idea that every action (and thought) is the effect of a cause that drives it. To illustrate his point, he sends a piece of chocolate cake to a woman that is coded to stimulate her desire and provoke her into an anonymous sexual encounter with him. Of course, in the real world, chocolate is apocryphally known as an aphrodisiac – it contains tryptophan (crucial in creating serotonin) and phenylethylamine (a stimulant released when people fall in love). Chocolate is delicious, in part, because it makes us feel the way we feel when we’re attracted to someone. Chocolate turns people on, turkey and warm milk make them sleepy, alcohol lowers their inhibitions and on and on. Through this example, this scene examines the concept of free will and seeks to obliterate the first movie’s notion that Neo and humans are exceptional creatures. How can we say we have free will, the movie asks through The Merovingian, when our desires are driven by forces as necessary and basic as the food we eat? Just like the machines are driven by their programing, so too are people driven by their impulses, impulses affected by environmental stimuli.

At the end of Reloaded, Keanu Reeves’ Neo learns he is a hybrid of man and machine, created specifically to reset the war for the heart of the Matrix. His purpose isn’t to free the people trapped in the simulation; it’s to allow all humans who had escaped to die and be replaced by new humans, who are destined to organize and rebel and die again. He also discovers he is not the first Neo and the Matrix/Zion war has happened many times before, always ending in the defeat and death of the humans. This robs Neo and the audience of the righteous thrill of feeling unique and powerful. The Matrix suggests that any anonymous schlub working for a faceless corporation could in fact be the Most Important Person in the World. Reloaded takes that euphoria and says it’s just another con used to trick you into doing what you’re supposed to do. It’s just another form of control.

It’s a cruel thing to do to an audience, but it’s necessary in order to move away from thinking of the conflict between people and machines as a binary good vs evil conflict. The Wachowskis are frequently interested in finding common ground between various players in their story, and the idea of a “chosen messiah” undermines that concept. But it’s not enough to make the machines more sympathetic – the story also has to redefine the idea of exceptionalism that drove the first Matrix. To be exceptional is to be special, different, and separate from everyone else – you take the red pill, you learn The Truth, you wake up and are rejected and flushed out of the Matrix. You are no longer a part of the system of control.

But the sequels say it’s more complicated than that. Neo is exceptional because he is “The One” – but he’s not separate, because he’s not the only one, and he wasn’t rejected because leaving the Matrix was what he was supposed to do. Further, what makes him the One is the fact that he’s a hybrid of two separate cultures, which is why he can inspire and lead human culture but also see and manipulate the machine code. He connects them; he’s what they have in common. He’s exceptional, not because he’s different from everyone, but because he’s more alike than anyone else in the story, he understands both worlds.

Early in Revolutions, Neo meets a program waiting at a train stop with his wife and daughter. The daughter has no function, and in the machine world that means she should be deleted. However, the program made a deal with The Merovingian to smuggle his daughter out of the Matrix to somewhere safe. This scene isn’t particularly flashy – it doesn’t involve any fighting or fancy effects – but in many ways it’s the heart of the entire series. In Reloaded, the culture of the machines was just as diverse and complicated as humankind. In Revolutions, we learn that it also contains families that love and care for one another, willing to risk danger and make sacrifices in order to secure their safety.  What was once cold and monolithic has become virtually indistinguishable from our own world.

Those are just two examples of the sequels’ attempts at engaging our ideas of humanity, but the Wachowskis continually challenge those ideas throughout the trilogy. Consider, for instance, how much more human the programs are allowed to behave than the humans themselves. Neo, Trinity (Carrie-Anne Moss) and Morpheus (Laurence Fishburne) are stiff and flat in their deliveries, but Agent Smith (Hugo Weaving), The Oracle (Gloria Foster/Mary Alice), the Merovingian, and the family at the train station are much more natural in dialogue and performance. They are also actively driven by their emotional “human” impulses (anger, compassion, greed, love), in ways that the human characters rarely experience or express. Neo acts out of love for Trinity, but then he’s part machine too, isn’t he?

What the Matrix trilogy does, particularly through its divisive sequels, is challenge the distinctions between cultures and realities and the nature of their conflict, until it becomes clear that there really isn’t much difference between them at all. The idea that the humans are self-determining beings of free will is muddied by the Merovingian, whereas the idea that the programs are unfeeling machines incapable of love is obliterated by train station scene. The series ends not with a glorious battle where the righteous humans defeat the evil machines once and for all, but with the two sides joining forces to combat the rogue Agent Smith, who has become the literal personification of their war. The conflict between the humans and programs at the heart of the Matrix couldn’t be solved by one side beating the other in a war or an argument. Instead, what needed to happen is that both sides had to recognize how similar they were, and how their cultures and values could coexist. The victory at the end of the story isn’t due to one side being stronger or worthier than the other; it’s because both sides decide to stop fighting. Because what makes us the same is more powerful than what makes us different. The distinctions that we use to separate ourselves from one another are shallower than the similarities that unite us. That’s a rare argument for a series as large and popular as the Matrix movies to make, and it’s one that’s always worth appreciating. 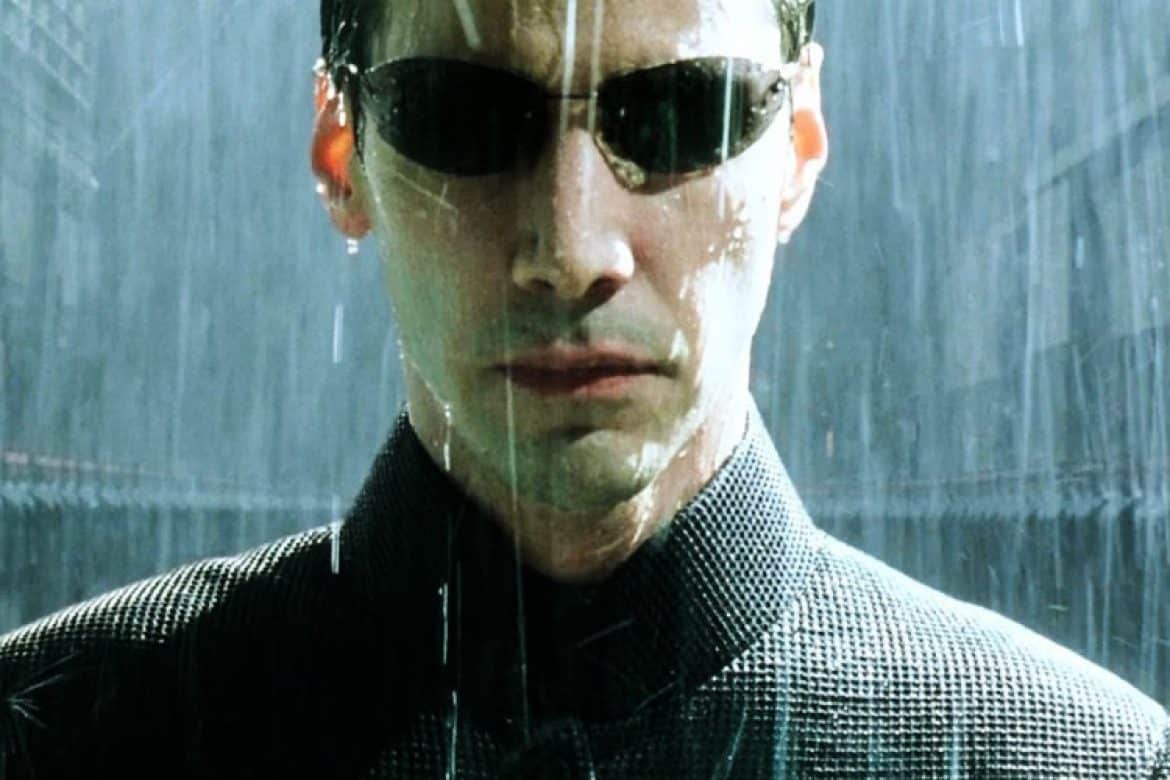 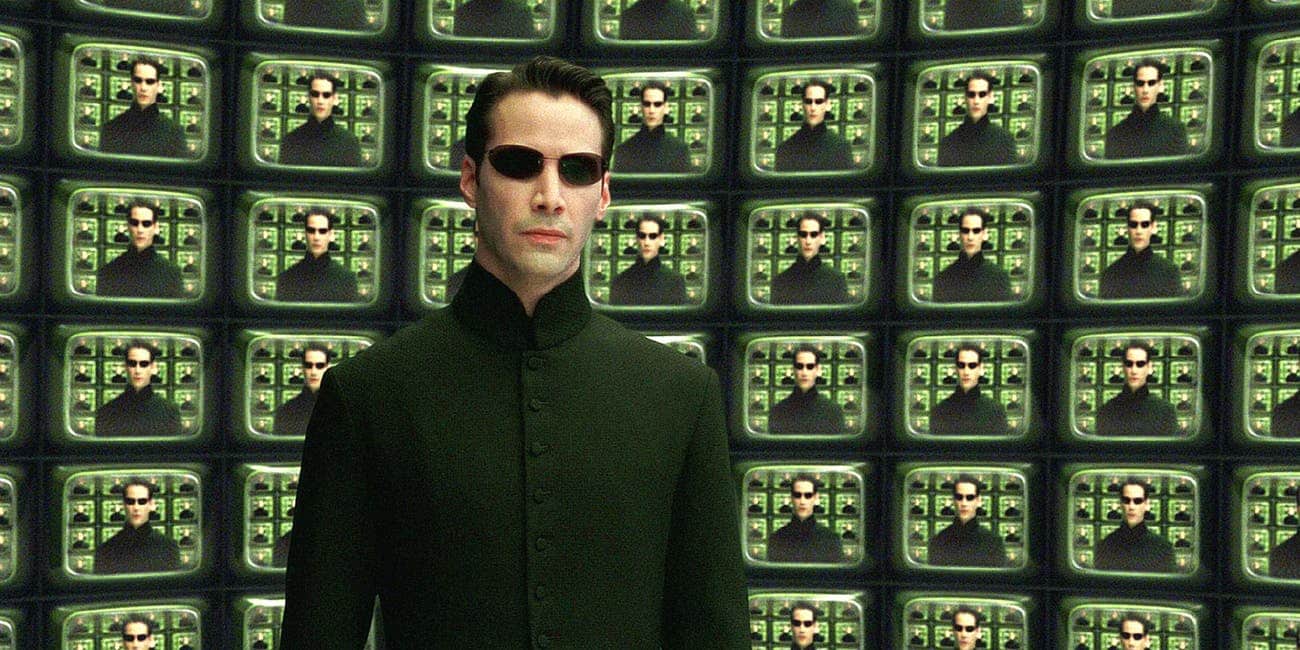