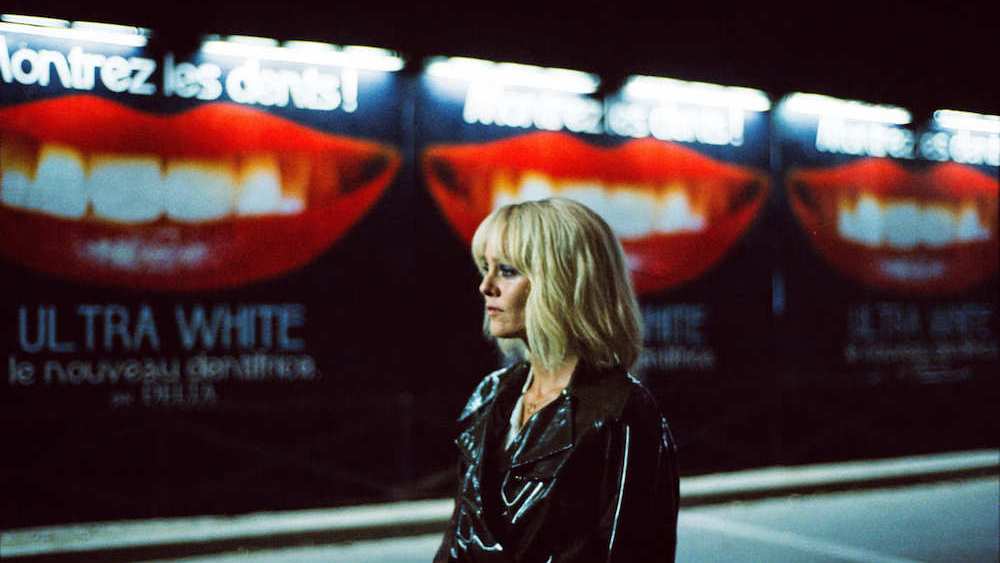 
Knife + Heart plays with allyship and its effectiveness all while trying to offer romance, murder, and good ol
’ fashioned sexiness.

As the investigation moves forward and more of the crew is killed, the film transitions genres to go full-scale conspiratorial and fantastical horror. It becomes a modern update to A Nightmare on Elm Street 2: Freddy’s Revenge, where the homoerotic sequel’s subtext can finally be made text in adult theaters, lesbian bars, and sex clubs – the same link between death and queerness is relayed, only with the queer community’s fears clear as day.

Anonymity becomes deadly and the fetishization of authority figures (cops) whose repressed disgust belies attraction is as dangerous as it is sexy. You can make a skin flick about horny cops, but it’s a flaccid rebellion when they don’t care enough about queer people to investigate the killings. Add a schlocky, tongue-in-cheek, Hellraiser-esque relationship to violence and pleasure, plus a tragic (and tragically complicated) origin story for its villain – one right out of the Voorhees handbook – and you’ve got a movie that moonlights as a queer horror dictionary. Even dreams factor in, as the hazy, lazy daydream quality to many of the sex scenes act as a defense mechanism to the harshness of reality.

Anne goes to great lengths to figure out what is going on, which takes her to stranger and stranger edges of the world, though she’s still stymied by her own selfishness. Sure, her work is falling apart and all her friends are being murdered, but wow would she like to get back together with Loïs. The messiness of her character is fascinating to think about but often frustrating to watch, as the film can lose track of itself and add momentum to the list of things it kills. Slicing through queer men, who must rely on a white woman that constantly lets them down, Knife + Heart plays with allyship and its effectiveness all while trying to offer romance, murder, and good ol’ fashioned sexiness. Often the film achieves all these only when Gonzalez jettisons the leads, who’re too wrapped up in the plot’s symbolic requirements (as the actors playing porn actors playing versions of their murdered friends is usually more effective as a nod to the idea of performance), and allows those in the background to rule their space.

Queer men banding together to attack a presumed bigot in their adult theater, in the film’s most empowering and tragic scene, has a similar strength as a smaller scene of older women enjoying a drag show. These personal moments ground the seemingly ungroundable film, which only makes the bonkers moments (which come perhaps too few and far between to be a true midnight favorite for gorehounds) that much better. While unevenly paced and unevenly out-there, Knife + Heart is a ready-made introduction to a fringe world of killing and queerness that encourages viewers to think bigger and gayer. 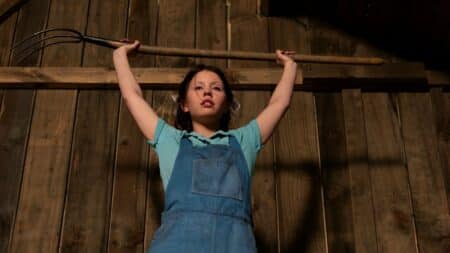 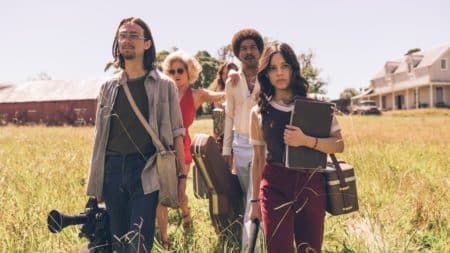 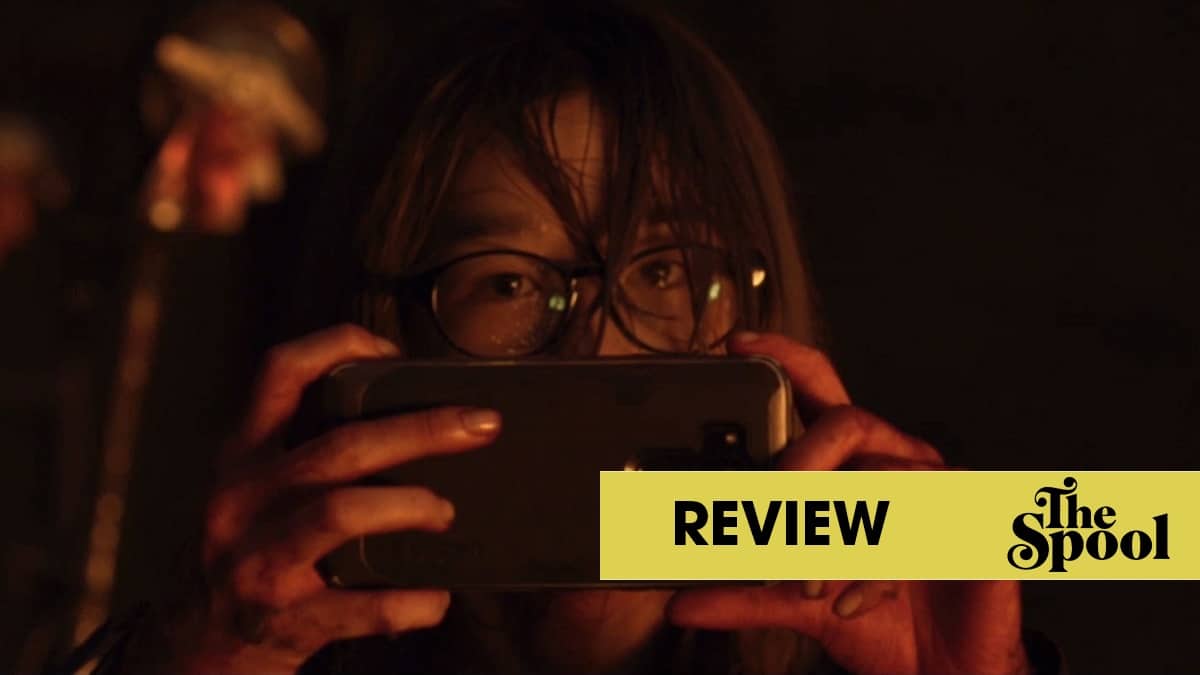