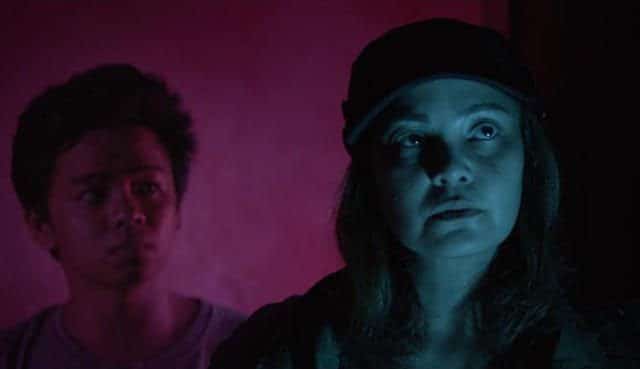 Superbly acted and beautifully shot, Neomanila is a morally ambiguous tale about what we do to survive and crimes we commit for the ones we love.

This piece was originally posted at Alcohollywood

Set against the backdrop of President Duterte’s war on drugs in the Philippines, Neomanila is a grim and gritty tale of family and betrayal directed by Mikhail Red (Birdshot, Rekorder). In an attempt to help raise money to bail his brother out of prison, street kid Toto (Timothy Castillo) is employed to help hitwoman Irma (Eula Valdez) in assassinations across Manila. The bond between the two grows after Toto’s brother is killed while in jail by his gang, and Irma takes the newly orphaned Toto in. Toto is drawn further and further into the nighttime underworld of Manila’s drug trade as he helps Irma take out her various targets.

The world the characters inhabit leaves them all in a state of amorality, with their actions seemingly dictated by the need to survive in an unfeeling world. Despite being the most densely populated city in the world, Red’s Manila seems completely devoid of human life: the characters wander mostly empty streets, and the establishing shots of the city skyline portray a ghost town rather than a teeming metropolis. Likewise, our characters seem isolated from one another, even when they are in close proximity to each other. The audience is usually left wondering who each character is in relation to one another; the only truly defined relationship is that Irma is connected to Toto because she knew his mother.

Through the course of the film, we have no idea who the targets Irma is chasing are, or why the mysterious police chief, only known as Sarge, sends Irma to kill them. While this vagueness does pay off in the end, it can make it frustrating for the viewer who is unsure if they missed something along the way. The only connection we can see is that they are all related to the drug trade, and Irma tries to cover their tracks by putting signs up that say “I’m a pusher,” as if this gives them free reign to murder.

The colors in the film veer between brightly lit neon, think Only God Forgives or Neon Demon, to dull, shadowy sets. The scenes are beautifully shot, and the neon scenes are especially memorable. There are two scenes that stand out: one of Irma and her partner having sex in her brightly lit bedroom, while she has a motorcycle helmet on, again highlighting the alienation between two characters who would otherwise seem close. The other focuses on Toto: while in pursuit of a target, Irma takes Toto to meet her drag queen friend to track down a lead. As they walk down a narrowly lit hall, we see Toto, half illuminated in the neon lights, half covered in shadow, as he walks the path to his new life on the outskirts of the law and society.

As a thriller, Neomanila is a bit of a slow burn, and the relationship between Irma and Toto doesn’t always seem the most fleshed out. However, the film is compelling and beautifully shot, and Red, who co-write the film, did a fantastic job tying everything together at the climax. Red does a lot to help convey the characters through cinematography, and shows much better than he tells. Likewise, both Castillo and Valdez are wonderful actors who carry a lot of movie through minimal establishing dialogue. Neomanila is a dark and depressing film, and a damn good one at that.

Neomanila is currently playing at the Fantasia International Film Festival. Get tickets at fantasiafestival.com. 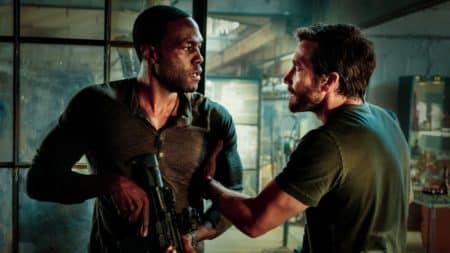