Joe Begos’ wild, gore-soaked drug trip of a vampire flick is not for the faint of heart.

Creative block is a particularly cruel trick our brains play on us. Sure, you have lots of wonderful ideas, and maybe even the talent to make them come to life, but when it comes time to actually do it, suddenly, the well runs dry. It’s a disheartening, infuriating cycle: when you can’t create, you get depressed, and the more you’re depressed, the less you create. It starts to feel like a great, cosmic joke. Joe Begos’ grisly sensory overload Bliss is what happens when a young artist, desperate for inspiration, descends into a hellscape of drugs and an inexplicable taste of blood.

Dezzy (Dora Madison) is falling far behind in both rent, and in producing pieces for an upcoming show. Though she’s successful enough in her field that she’s recognized out in public, a rotten attitude and a consistent failure to meet deadlines have caused Dezzy to quickly lose clout with both her agent, and her buyers. After a couple of heated exchanges with those she owes either money or work to, she decides that the best course of action to take is to go out and party. Drug dealer pal Hadrian (Graham Skipper) supplies Dezzy with the titular Bliss, a drug that’s snorted but resembles nothing so much as a bag of gunpowder. A combination of heroin, acid, meth and God only knows what else, it’s love at first sniff for Dezzy, even though Hadrian can’t really explain what’s in Bliss, or what the long-term effects of it might be.

Following a decadent (albeit barely coherent) night with friends Courtney (Tru Collins) and Ronnie (Rhys Wakefield), Dezzy wakes up the next morning desperately ill. She assumes she needs more Bliss, and while it helps a little, she feels a darker craving that she doesn’t yet understand. On the upside, she’s suddenly able to paint again, and, seemingly working non-stop (because you can when you’re unable to sleep anymore), Dezzy begins to create a beautiful but eerie mural, perhaps her greatest work yet. Sure, Bliss sends her into murderous rampages where she chews the flesh off of people’s fingers, but, finally, she’s got that artistic flow back!

And you know what? For a minute or two, you can almost believe it’s worth it, especially after spending the third week in a row staring at a blank page on a project you’ve been trying to work on for months. Or, you know, so I’ve heard.

Sure, Bliss sends her into murderous rampages where she chews the flesh off of people’s fingers, but, finally, she’s got that artistic flow back!

If nothing else, Bliss should finally put a sock in the mouth of every joyless crank who, more than ten years after the fact, resorts to “still a better love story than Twilight” as a witty joke. Relentlessly gruesome and nightmarish, it spares nothing when depicting Dezzy’s violent attacks. Chunks are bitten out of arms, heads are halfway torn off, and Dezzy spends nearly the last quarter of the movie covered from head to toe in blood. If horror movies have played it a little safe recently in depicting relatively gore-free kills, Bliss‘s fake blood budget rivals that of Evil Dead II. It’s an exhilaratingly over the top, endlessly watchable (albeit between your fingers) homage to stylish vampire movies of the 90s, like Blade, Abel Ferrara’s The Addiction, and Larry Fessenden’s Habit.

There’s a word for movies like Bliss, and that word is visceral. Everything from the throbbing electronic-thrash metal soundtrack to the candy-colored neon lighting that makes blood look black and extra sticky is designed to make the viewer feel like they’ve paid a cover charge to enter a nightclub in Hell. You come out of it a little disoriented, maybe wondering what the hell was that?, but you also know you’ve experienced something wholly unique.

Begos makes the risky decision of depicting Dezzy, his protagonist, his Final Girl of sorts, as unlikable, even before she starts murdering people. Arrogant, defensive and aggressive, she’s not someone the viewer would likely be interested in spending ninety minutes with, until it occurs to you that male artists are often unapologetically portrayed the same way. If anything, we expect them to be that way, just overwhelmed and consumed by their own genius, at the cost of their humanity. Here, Dezzy’s genius consumes as well, just in a darker, more literal way.

Bliss is now streaming on Shudder. 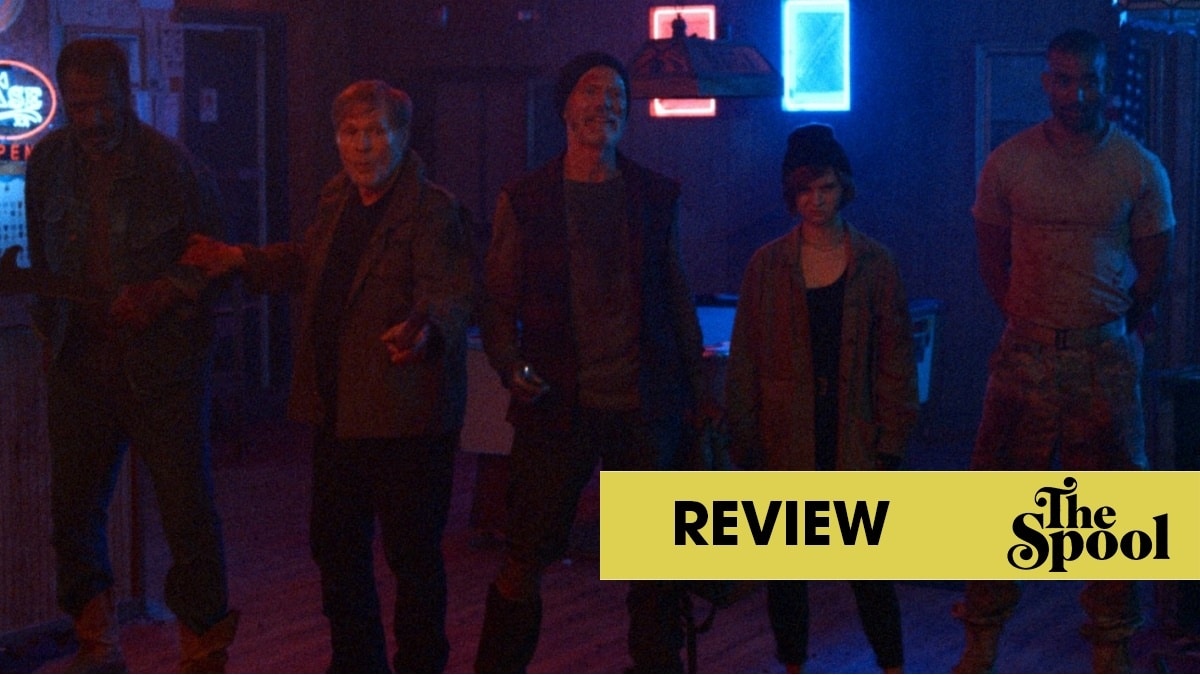 Kick Back & Enjoy a Few at Your Local “VFW” 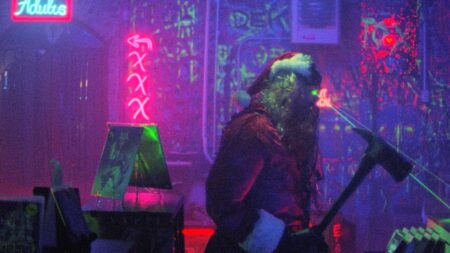