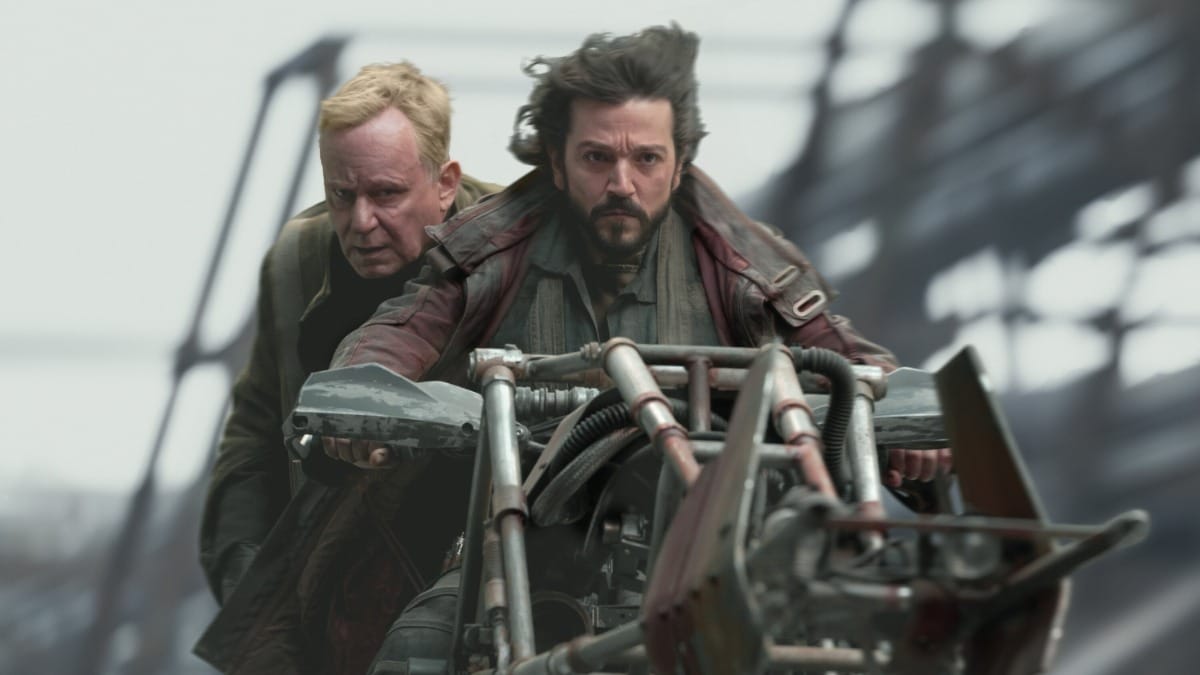 Hello, friends, and welcome back to another season of Star Wars goodness! This time, we’re watching Andor, the prequel series featuring the backstory of Rogue One hero Cassian Andor (Diego Luna). A couple of housekeeping things to get out of the way first: since Disney+ dropped three episodes as the Andor premiere, this recap will cover all three, and also, no, Diego Luna doesn’t look 21 and it absolutely does not matter. He’s Cassian Andor, and that’s the critical part.

Said Cassian Andor starts off his misadventures with a pretty big one: while on the corporate company planet Morlana One (owned and operated by the Preox-Morlana Corporation, hereafter Pre-Mor), looking in a brothel for a young woman who we’ll learn is his long-lost little sister. See, as children living on the abandoned Imperial mining world of Kenari, little Cassian (then Kassa) went on a trek to check out a crashed Imperial ship, and when Maarva Andor (Fiona Shaw) rescues young Kassa from encroaching Imperials he’s separated from his sister. On his search, Cassian gets on the bad side of two Pre-Mor security guards, whom he ends up scuffling with and killing later that evening. Cassian promptly flees back to his home planet Ferrix, where he tries to scrounge together enough credits to get himself off of the Pre-Mor radar.

Unfortunately for Cassian, while the head of Pre-Mor security is more than willing to write the deaths off as an accident, he leaves in charge one Syril Karn (Kyle Soller), a tightly-wound Space Javert who is out for JUSTICE and TRUTH and IS AGAINST RULE-BREAKING. He’s a little corporate boot-licker with an addiction to the rules, and Soller plays him perfectly, all pinched facial expressions and the posture of a man who has never allowed himself a moment of joy that didn’t come at another’s expense. He quickly uses Pre-Mor resources to identify Cassian’s ship and later Cassian himself; he’s even clever enough to realize that Cassian’s search for a Kenari woman means he’s likely Kenari himself, even though Maarva has long since made Cassian’s official birthplace Fest in his documentation.

Back on Ferrix, Cassian approaches his friend Bix Caleen (Adria Arjona, a bright, beautiful light who had better be in every episode), a mechanic who works officially at the local salvage yard and unofficially fences stolen goods to a mysterious personage. Cassian would like her to call said personage, as he has a very special Imperial MacGuffin that he needs to sell ASAP. These whispered conversations do not go unnoticed by Bix’s coworker/lover Timm (James McArdle) who decides to act upon his jealousy by turning Cassian in to Pre-Mor. Cassian’s adoptive mother Maarva is none too pleased by the warrant out for his arrest, particularly the bit about him being from Kenari since they’ve tried to keep that a secret. Well, except for all of the people that they told.

While Cassian is trying to get off-world and Syril is approaching Ferrix (now accompanied by several guards and his own biggest fan Linus), Bix’s buyer Luthen (Stellan Skarsgård, bringing a lovely bit of weary grumpiness to his role) comes to Ferrix. Syril and the guards terrorize the townspeople and Maarva, leading to a nice bit of rebellion from the people of Ferrix. Luthen and Cassian meet for the sale, but it’s soon clear that Luthen is less interested in the item (an NS-9 Starpath Unit, btw) than he is in recruiting Cassian, noting Cassian’s ability to steal the item in the first place and speaking bitterly of the Empire. He and Cassian work together when Syril and his boys attack the factory where they’re hiding; managing to escape, leaving numerous casualties (Timm, killed by Pre-Mor, among them), and a shell-shocked Syril in their wake. Luthen and Cassian flee Ferrix.

Written by Tony Gilroy, the first three episodes of Andor flow like a movie, a contained story that ably introduces new characters and worlds and conflicts all while setting the stage for greater things to come. Andor is a slow show; there are no big explosions or fight sequences straight out of the gate, but when those acts do come up, it’s more than earned. Andor is a Star Wars thriller, a spy movie where the bad guys come with blasters, a portrait of a middlingly-ethical man who is fighting for something bigger than himself. As with Obi-Wan Kenobi, every moment spent with Cassian is bittersweet, given that we know his ending, but each one so far has been worth spending.

Cliché as it is to call a piece of media “such and such for grown-ups,” it’s hard not to apply that label to Andor. A brothel! In Star Wars! Not a cantina or a casino, a brothel that’s called a brothel. No Force users (also a notable part of Rogue One, until the end), implications of sexual activity…I’m sure people are clutching pearls as we speak. Where Andor shines as a piece of Star Wars media is in the moments between characters, world-building, and the growing rebellion of the day-to-day people. Hopefully, Cassian’s departure from Ferrix won’t deprive us of more Bix or the other town characters whom we’ve met, and the world built around them. Ferrix, more than some Star Wars locales in recent memory, felt like an actual lived-in place, not just a collection of extras. It would be good to see more of the place and people who shaped Cassian, in combination with seeing more of Kenari. Since the first three episodes work so well as a single piece, it still feels like very early days for Andor, and it’s exciting to see where we’ll end up.

Andor is now available on Disney+. 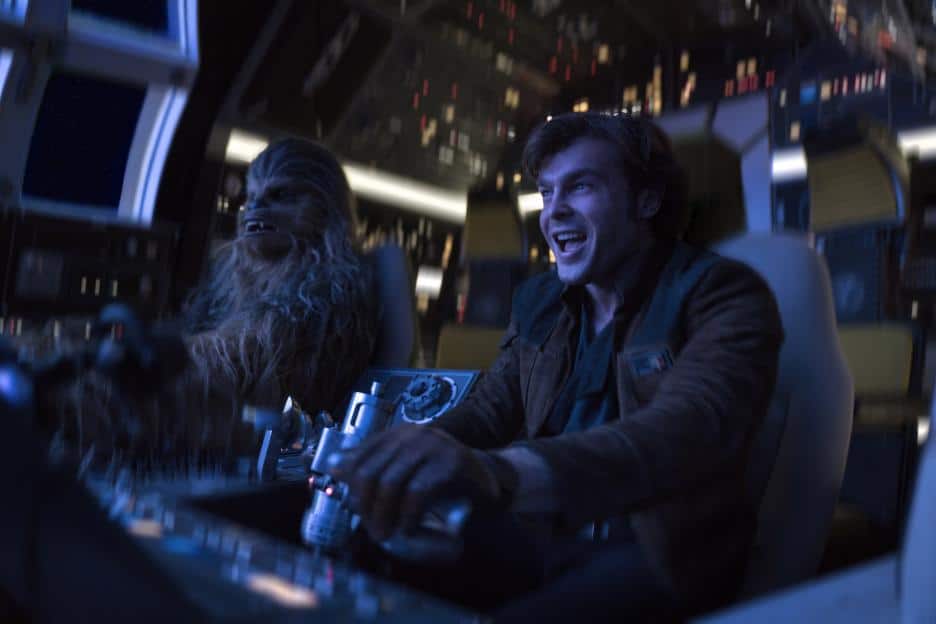 It’s messy and more than a little overlong, but Disney’s latest Star Wars prequel manages to coast by on just enough charm to work. This.. 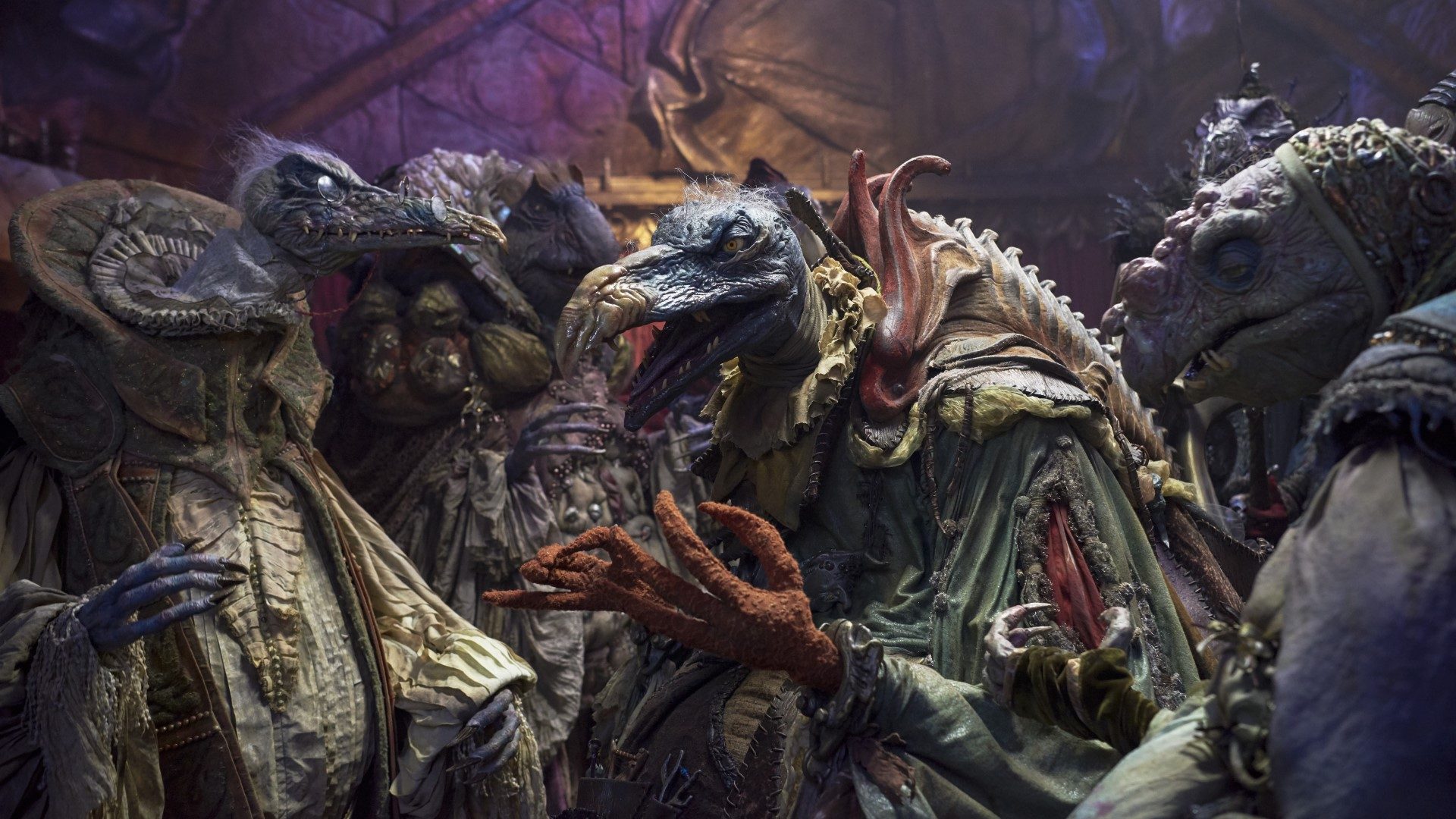 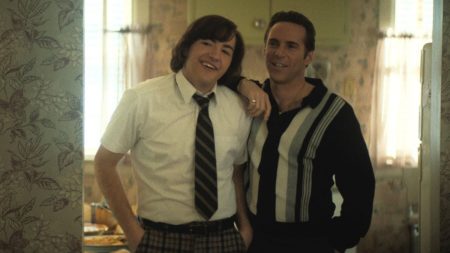 The Many Saints of Newark brings the family back together