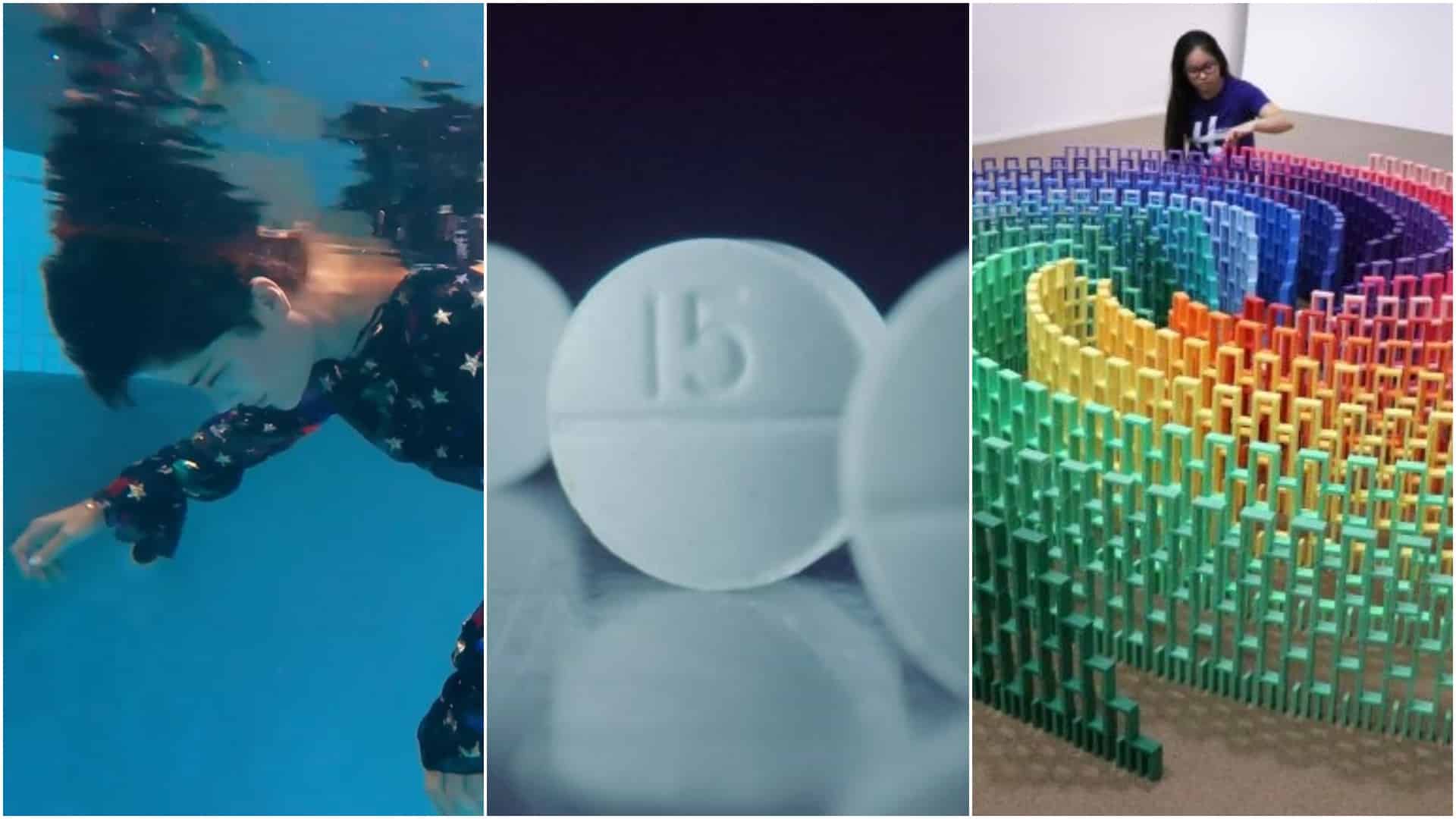 A look back at a ’90s star, the opioid crisis, and the weird world of domino art mark SXSW’s docs in competition.

The subjects of the eight films included in the 2021 SXSW Documentary Competition slate vary greatly in intensity and relevancy. The three major films in the festival are documentaries as well, highlighting musicians Demi Lovato, Tom Petty, and Charli XCX. With several first-time filmmakers, the slate has potential with stirring topics, but can easily flame out, due to a lack of experience, immediacy, and understood closeness to the current status of a world that has recently felt like its ripping at the seams.

The Documentary Competition gives time to lesser-known celebrities, though, like Selma Blair, known for her roles in Cruel Intentions, Legally Blonde, and Hellboy. This film doesn’t explore her acting career, instead focusing on a health battle that’s been waging war on her body over the last five years. Multiple sclerosis (MS) affects a person’s spinal cord and brain causing different symptoms in each person, creating a daily life filled with difficulty speaking, spasms, weakness, blurred vision, and several other, awful side effects.

For Blair, diagnosed in August 2018, the severity of her MS can almost be flipped like a switch, going from speaking without difficulty to struggling to get out a single word, often when overwhelmed by stimuli. In the first five minutes of the doc, directed in her feature debut by Rachel Fleit, we see Blair completely freeze, unable to move or speak without extreme hardship. It sets a precedent for the film, though, as a raw portrait of someone, trading style and flourish for reality and empathy.

Introducing, Selma Blair only works because of Blair’s unfettered honesty. We see her at her complete lowest. We follow her intensive stem cell transplant, which includes bouts of extreme isolation, near 0% immune system levels, and weeks of limitless pain. Still, Blair stays (mostly) light, cracking jokes, asking “knock knock?” to herself, and playing with tiny hands. Her comedy allows the doc to breathe, when it can seem breathtaking in its severity. She’s a subject unseen in most “celebrity” documentaries, just famous enough to get the wrong kind of attention, but not famous enough to be recognized once she cuts her hair. According to her, she always knew she was a supporting actress, though this doc stops that narrative to a degree by having Blair become the unfiltered, empathy-driven, motherly, loving main character of her own fascinating and heartbreaking story.

The film explores Blair’s relationship with her mother and the rage behind it. It looks at the actor’s long road to hopeful stagnation of this incurable disease, one that moves at a slower pace than she wishes. Despite its sappy, yet inspiring final 15 minutes, it becomes nearly impossible not to root for Blair. It doesn’t need any flashy filmmaking to make an impact. Blair is doing that all by herself.

The Oxy Kingpins opts for an alternative route, focusing on a massive topic without adherence to a single subject, unable to assign a face to the opioid crisis. Opening on a former drug dealer, the film details a pipeline from Florida up through Boston, one that made millions for dealers. It examines the role of Florida specifically, of “pain clinics” that people would go to for quick and easy prescriptions, and of pharmaceuticals. Speaking with an array of dealers, suppliers, and salesmen, directors Brendan FitzGerald and Nick August-Perna start off strong, focusing on the people who were pushing heroin and then OxyContin.

Unfortunately, the doc turns its eye onto legal proceedings with a case set in Nevada, instead opting to look at the role pharmaceuticals, pharmacies, and doctors have played over the last 20 years in this deadly, country-wide issue. The information remains important, but the documentary limps along, with the drab setting of a legal war room taking up far too much space. We don’t actually see a “customer,” as they call her, of this crisis until 54 minutes into the film, and her face doesn’t become the most important in the film.

Though the film lays out numerous reasons for this lawsuit and for the culpability of several big corporations, it lacks an emotional punch. We don’t have the faces to put to the statistics flying across the screen and flying even faster from the lawyers’ lips, as the lead investigator does little in terms of charm or reassurance. He interrupts his team, he rudely addresses the women in the room, and he calls these opioid-affected towns “areas of despair,” leaving a sour taste in your mouth.

Building up to a trial works when there’s a trial to show, but the film ends before it actually occurs. Understandably, the legal system takes years, not days, especially when dealing with corporate law teams, but the documentary lacks a climax. Despite the importance of the issue, The Oxy Kingpins lacks a central hero, an identifiable face, and a finishing touch.

You know when you’re scrolling on social media and one of those 3-minute videos of dominos pops up from a site like The Dodo? It’s always shared by your aunt or one of your acquaintances from high school. You watch the video, remark “Cool!” and then continue scrolling. Lily Topples the World, an enjoyable documentary from director Jeremy Workman, highlights the most famous domino artist in the world, the person who likely made that video that your estranged family member shared.

Lily Hevesh, a 20-year-old professional domino toppler, drops out of college early on in the film, pursuing her YouTube channel and her dreams full-time. With over 380 videos, three million subscribers, and one billion views, her fame feels intangible and misunderstood for those that didn’t grow up watching YouTube videos until 2 am in the morning. She’s even hung out with Will Smith.

Adopted from China at the age of one and starting her channel at the age of nine, Hevish’s life consists of media appearances, corporate partnerships, domino collaborations around the world, and creator events. She talks about her lack of childhood, though the film rarely digs below the surface-level excitement of Hevish’s success. Questions go unanswered, but more importantly, unasked. Her YouTube-influenced childhood and her life as a “creator” during this time of constant content are a couple of that come to mind, but go unaddressed.

Instead, we follow Hevish around the world, from The Tonight Show with Jimmy Fallon to Paris for a massive structural build in the only collapse of the doc. She collaborates with other famous YouTubers, meets fans that cry when they see her, and even manufactures her own line of dominos.

She’s a likable, kind star who has excelled in a male-dominated niche market. She deserves the praise she receives throughout the film and all of the fame that comes along with her success. After the tenth big build, though, you have an itch to keep scrolling, to watch something else, and to move onto another creator that’s making short, sweet, dopamine-hits that fill up our social media feeds. 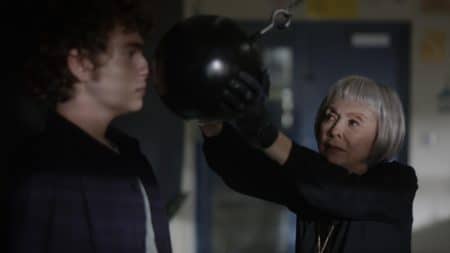