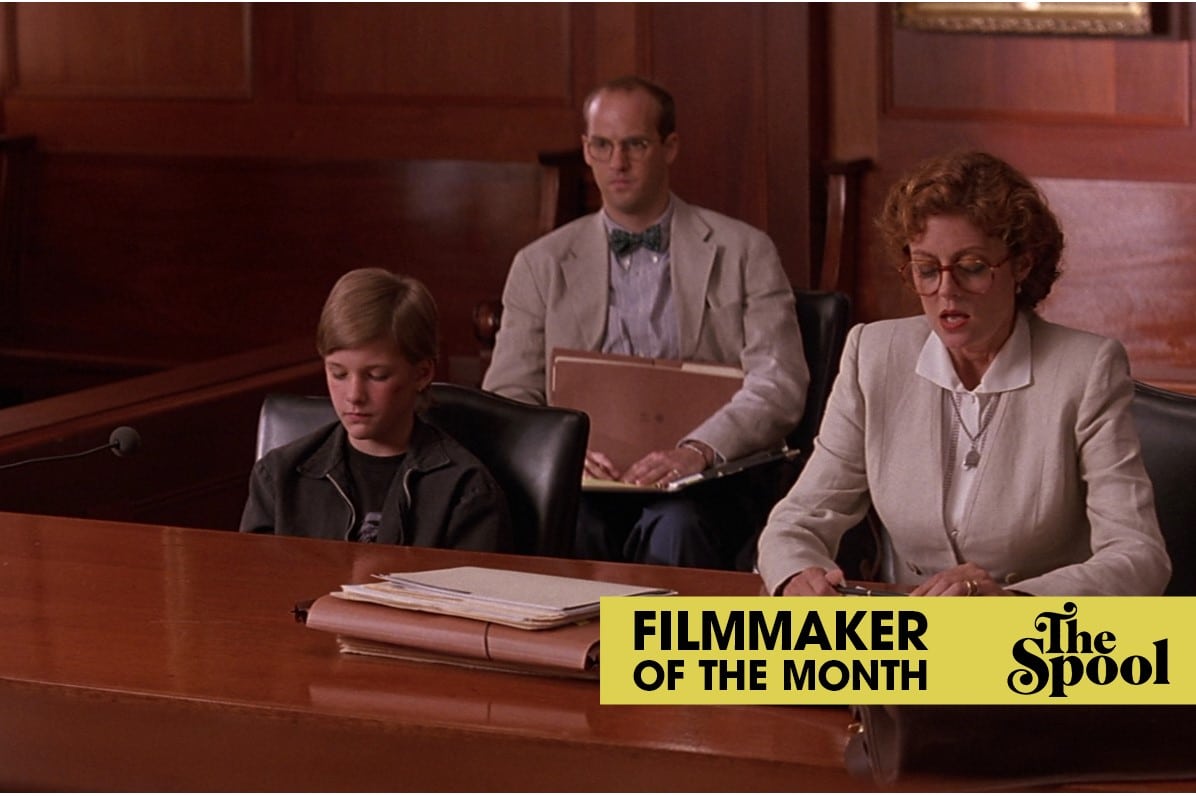 With Joel Schumacher’s ninth film The Client, it becomes undeniable that, as a director, he doesn’t really have a “style.” That’s not to say he doesn’t direct with style, or that his movies lack visual panache. However, some filmmakers have a distinctive filmic fingerprint — think the turned up to eleven black and whites of Tim Burton or the dollhouse fastidiousness of Wes Andersen — and others just do not. Schumacher is the latter.

Instead, Schumacher’s movies are defined by how he treats his characters. Like Jonathan Demme, Schumacher is a humanistic film director. While that’s not suggesting that Schumacher is Demme’s equal, both share a love and fascination with the people they set their lens on. When it’s good it can deliver a movie. When it is…shall we say, less than good…it can be overwhelming. It’s why 8MM is such a difficult movie to watch, leaving the viewer feeling a little sick afterward.

Thankfully, The Client is one of those movies where Schumacher utilizes his interest for strong results.

To understand why this is a big deal, one first needs to understand a little something about John Grisham and the adaptations of his books. First, from 1991, with the publishing of his second novel The Firm, through 1998 with The Street Lawyer, printing a Grisham book was like printing money. He wrote eight books in those eight years, during which his first book, A Time to Kill, was re-released and crushed as well.

Befitting a man on a streak, the books tended to be variations on a theme. A new or inexperienced lawyer, flawed in a big enough way to make them an underdog but small enough as to not stop them from being likable, taking on a case or situation that demanded justice and might endanger them or those who they love. However, the law is fundamentally boring, so these lawyers ended up less like legal scholars and more like not doomed noir private investigators. Sure, they had a JD, but mostly they got the job done by bloodying their knuckles, running hard, and making a good speech motivated by liberal values to win the day.

The Client very much checks these boxes. Reggie Love (Susan Sarandon) is a recovering addict and fairly low-level attorney who finds herself retained by a young boy, Mark Sway (Brad Renfro), after he hears a mob lawyer’s last confession. Mark’s brother Ricky (David Speck) is catatonic after the experience and Mark’s mom Dianne (Mary-Louise Parker) has lost her job because she needs to be at the hospital all day for Ricky. On top of all that, Mark is now being pressured by the government, led by careerist US Attorney — a favorite Grisham character type — Roy Foltrigg (Tommy Lee Jones) to share what he learned. On the other side, flashy mob scion Barry “The Blade” Muldano (Anthony LaPaglia) is dispatching his thugs to convince Mark he never heard that attorney say anything about a Senator’s body.

With Joel Schumacher’s ninth film The Client, it becomes undeniable that, as a director, he doesn’t really have a “style.”

So, when you see, for instance, Tom Cruise run like hell everywhere in The Firm, that wasn’t just because Cruise is the greatest on-screen runner of all-time. All that scrambling was baked in from the novel. Same with all the scrapes and gunplay Denzel Washington and Julia Roberts had to deal with in The Pelican Brief. And that brings us to the second important fact: in eleven years, Hollywood would adapt Grisham eleven times on-screen. Of those eleven, only three to four were, in fact, good. Two of those were made by Joel Schumacher.

The difference came from Schumacher largely back-seating Grisham’s action obsession. Instead, the director grounded the movie in conversation and relationships. Drawing on an Akiva Goldsman/Robert Getchell script, Schumacher centered the film predominantly on the budding familial connection between Renfro and Sarandon. Nearly everything in the movie exists in relation to that dynamic.

Part of why this works is simply owed to great casting and chemistry. While progressively less true as his career wound down, there was a time when Schumacher had an impressive talent for showcasing new and underappreciated actors. Besides the headliners, The Client boasts good turns from Parker, LaPaglia, J.T. Walsh, Will Patton, Bradley Whitford, and Anthony Heald. There are even parts, If not particularly fulfilling ones, for William H. Macy, Anthony Edwards, and Ossie Davis. Between journeymen like Walsh and not yet broken out future stars like Parker, Schumacher knew how to stack a cast.

Renfro, especially, was hailed as a find after this. his film debut. Like River Phoenix before him, Renfro just seemed to get how to exist in frame, and how to sell his relationships to the people and world around him. While he sadly died young and his career never rose to match that early talent, it remains an arresting performance full of promise.

The chemistry between Sarandon and Renfro is certainly worth noting. It’s the kind of work that looks so relaxed on-screen it can be easy to miss. It isn’t a fireworks kind of collaboration, but rather one that feels lived in and authentic. The movie is never better than when Renfro’s Mark is testing Sarandon’s Reggie to either demonstrate her Led Zeppelin knowledge or her legal acumen.

Similarly enjoyable is the antagonism between Sarandon and Jones. At the time, Jones’s work was dismissed as being a bit Fugitive-lite, but over 25 years later, it feels fresh again. It reads less like he’s coasting and more like he’s being a generous screen partner. Jones makes certain to make a meal of his key line (it was in every teaser, trailer and commercial) but otherwise lets Sarandon steal the show.

Alas, all of that only takes us through the first two acts. In the third act, the source material seizes the wheel once more and there’s nothing Schumacher can do to sell the nonsense of the conclusion. Gone is the sense of realism, the film that’s content to live in the relationships between its characters. Instead, audiences are “treated” to Love and Mark faking severe trauma-triggered dissociation, escaping jail, dodging murder attempts, breaking into boathouses to find dead bodies, running from the mob in the middle of a swamp, and negotiating entrance into witness protection.

Everything that made the first two-thirds good becomes a liability. Lawyer as superhero works better, while not great, in The Firm and The Pelican Brief. Those movies played like action films from the start. The Client can’t survive its climax because its world can’t stretch to contain such potboiler silliness. Similarly, you can’t enjoy such over the top shenanigans when they so violate the tone you’ve gotten used to.

Schumacher competently stages it, draping the scene with deep inky blacks and making LaPaglia pop in his another one of his consistently flamboyant outfits. It does feel like how an adolescent and a middle-aged attorney might handle running from a gunfight with the mob. But no amount of good staging can stop it from breaking the movie.

Nonetheless, I think Schumacher ultimately made the right choice. It was better to give audiences two-thirds of a film that felt honest and alive with its characters then to make a third Grisham adaptation in a row that was all running and shouting. Better to be broken by an impossible to ground action climax then to just make another mediocre entry into the lawyer as superhero genre. 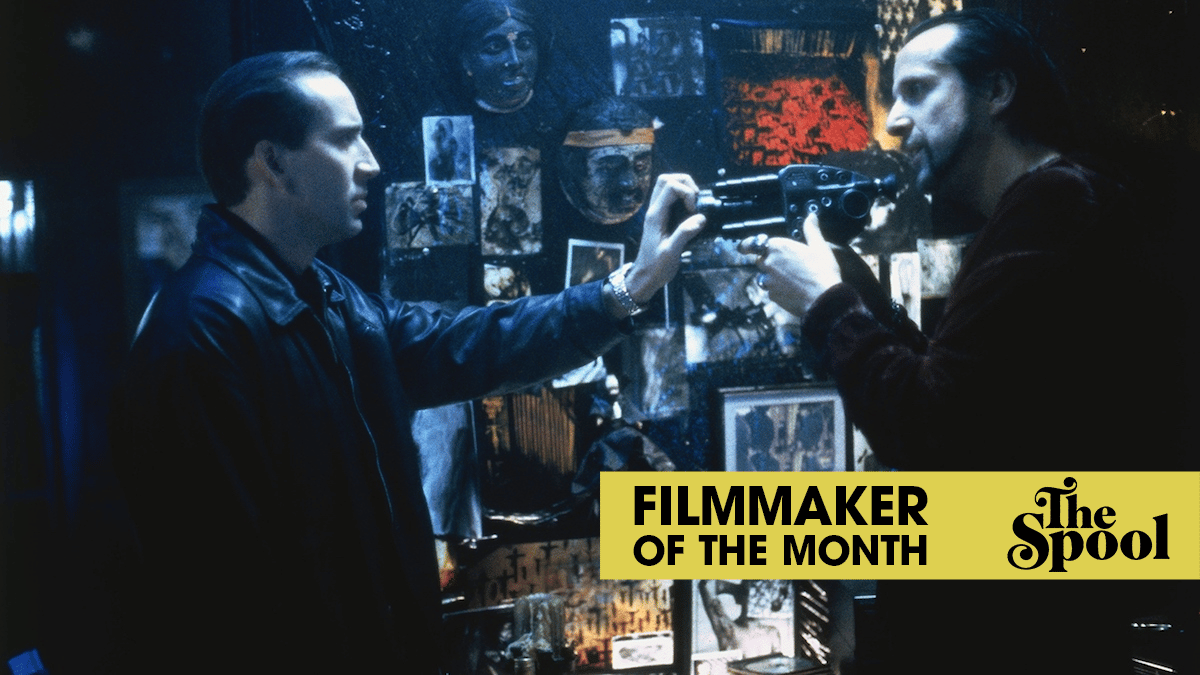