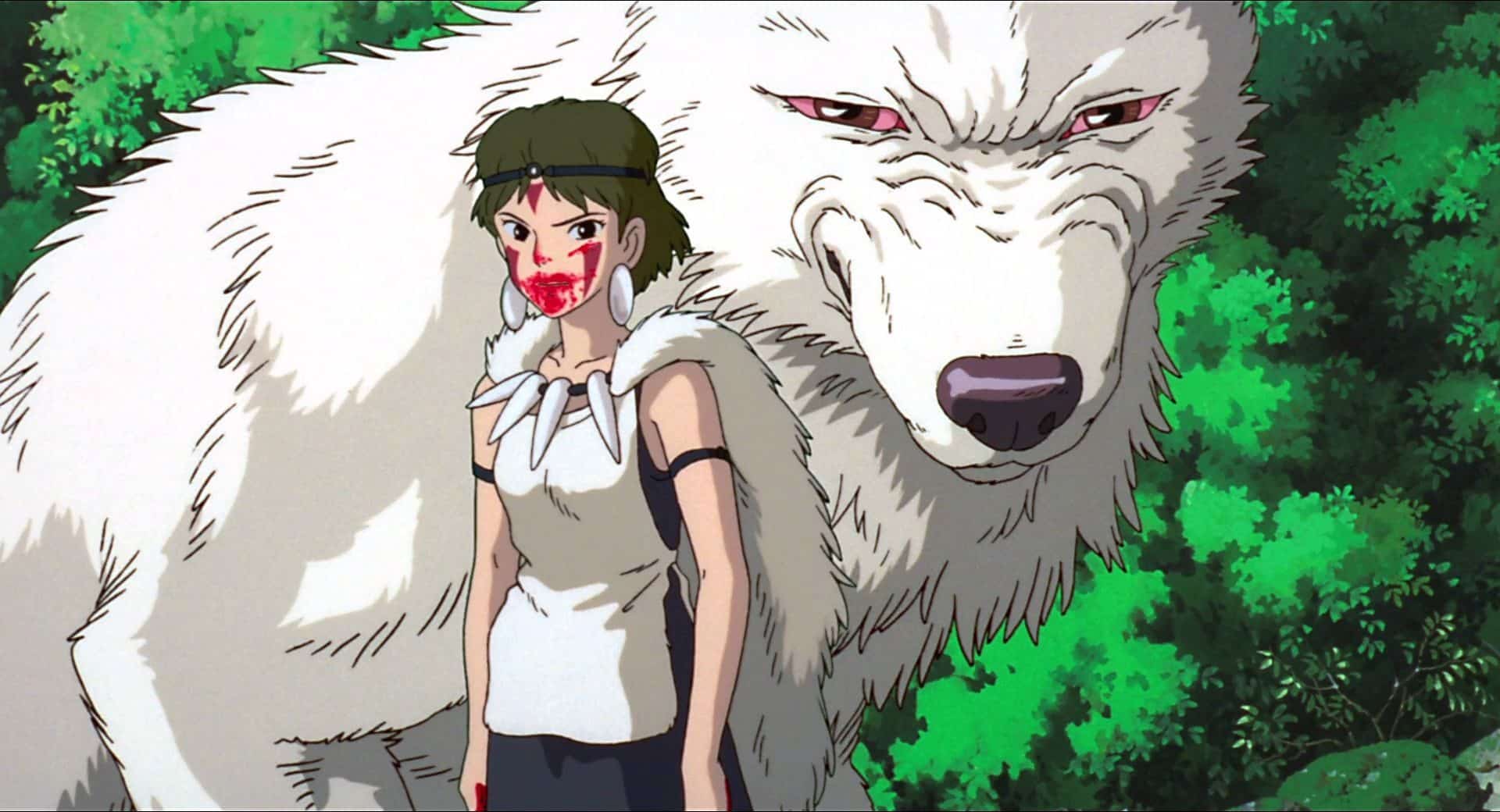 If you’re familiar only with My Neighbor Totoro, Kiki’s Delivery Service, or even Spirited Away, then Princess Mononoke is going to be a shock to the system. It still has all the hallmarks of a Miyazaki: the lush scenery, the magic and mysticism and mythology, a host of fantastical creatures. But the first time you see a man’s head sliced clean off by an arrow, it’s clear this is going to be something a little bit different.

At its core? This is an action film as gripping and enthralling as any blockbuster. There are battle sequences rife with tension, violence that could be considered graphic for its target audience, chase scenes, and beasts far more fearsome than a fluffy catbus.

More specifically, Princess Mononoke is about the relationship between man and nature and how to achieve balance between the pull of industrialization and the need to protect the world around us. We follow young Prince Ashitaka’s journey to cure a curse laid upon him by a demon hell bent on destroying his village. The demon is later revealed to be Nago, the boar god, but an iron ball lodged inside him corrupted him and drove him mad with hate. Ashitaka must leave his home for good in the hopes of curing the curse and understanding what malevolent forces are at work.

If you were trying to boil the film down, to extract the core lesson it wants you to learn, you might come up with some version of industry = bad, environment = good, but that’s not really Miyazaki’s style. His career is built on understanding the myriad complications of being a person in this world, a world with too many layers for a word like “evil” to suffice, and Princess Mononoke reflects that.

Lady Eboshi and the settlement of Irontown are perfect illustrations of this. When Ashitaka finds her and realizes the iron ball that corrupted Nago was from one of Irontown’s guns—guns Lady Eboshi is having them make—the film could cast her squarely as a villain. But it doesn’t.


His career is built on understanding the myriad complications of being a person in this world, a world with too many layers for a word like “evil” to suffice, and Princess Mononoke reflects that.

As Ashitaka explores the town, he learns that it’s comprised entirely of outcasts. She rescued women from brothels to give them jobs and positions of power in Irontown. Her weapons are made by lepers that had nowhere else to go until she stepped in. Miyazaki wants it to be crystal clear what Lady Eboshi isn’t.

Lady Eboshi is not evil.

In fact, no one is, not even the demons. Instead, Miyazaki uses the word “hate,” which is a very different thing. Unlike evil, hate is something all people can see in themselves. Hate is an emotion that’s only a problem when it consumes you.

This is why the character design of the demons is so brilliant. When we first see Nago, he’s completely covered in a writing, undulating black goo like hundreds or worms or tiny tentacles. When Ashitaka kills him, the goo disappears and the corpse of the boar god is left behind. It was still him underneath the thing consuming him. It hadn’t altered his core, merely corrupted it, disguising it. Because Miyazaki understands this is how hate actually works. Even the titular Mononoke herself can be blinded by it as she attempts with single-minded determination to assassinate Lady Eboshi for the damage she’s done to the surrounding forest.

Princess Mononoke doesn’t think progress or industry is inherently bad. It thinks a lack of symbiosis with the world around you is bad, and that hate and violence are destructive forces that only breed more pain and suffering in the end, no matter what cause it’s in service of.

That he can do all this in a children’s film is nothing short of awe inspiring. But what else would we expect from the master of animation at this point? This is why more than 20 years later, Princess Mononoke is still thought of as one of Miyazaki’s finest works. This is why it’s a classic.