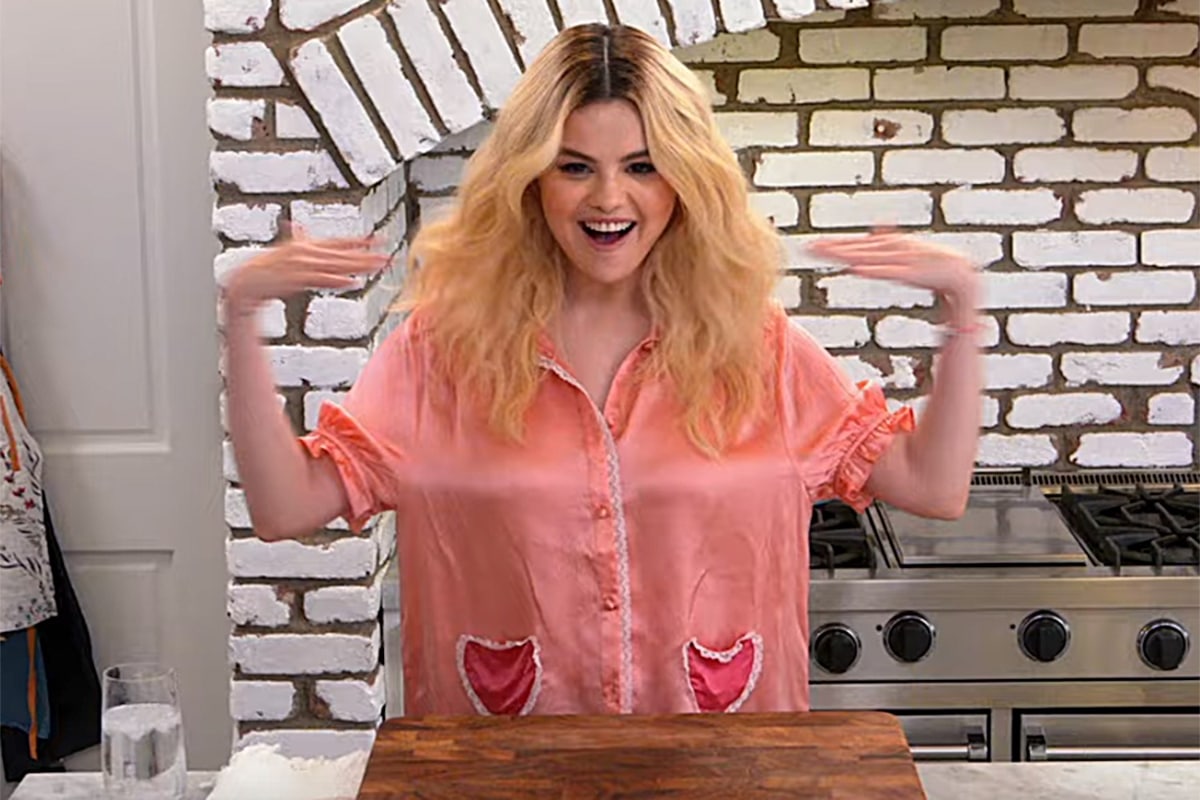 Selena Gomez continues to charm as her confidence grows in the kitchen, with a little help from celebrity chefs.

Season one of Selena + Chef found Selena Gomez picking up the basic skills of cooking during quarantine. Season two followed Gomez as she looked to advance her skills. Season three of Selena + Chef shows us a confident Gomez in the kitchen, exclaiming in episode one “We’re not playing on season three – we’re doing it!”

The premise of the show remains the same: Gomez prepares dishes alongside acclaimed chefs and culinary superstars via video. She usually recruits family, such as fan favorites Nana and Papa, Gomez’s grandparents, and friends, like Raquelle Stevens, Gomez’s roommate/friend, who is practically de-facto co-host this season. Everyone gets a chance to help cut veggies, chat with the chefs, and dig into the meals. They’ve also kept the charity donation at the end of the episode, a chance for the show to give back to a cause close to the guest chef’s heart. Plus HBO lists the recipes online for the cooks at home. There are some fun updates this season, like an “okey-dokey” fine jar (Gomez says this constantly, and each time they add a dollar to the jar), and eye-candy grocery delivery guys.

Gomez admits that while she learned a lot in the first two seasons, she still has so much to learn, hence the continuation of the popular HBO Max series. Season three finds her mixing it up with chefs like Kwame Onwauchi (episode 1), Ayesha Curry (episode 2), Aarón Sánchez (episode 3), and more to come. Gomez gushes over Curry as they make hot honey chicken sliders and crunchy chickpeas for a watch-party night menu. She bonds with Sánchez and their shared Latinx heritage, as he shares his Mexican twists to the epic seafood tower.

The episode that kicks off the fun and love of the season is her jollof rice and chicken stew session with Onwauchi. Gomez’s chemistry with Onwauchi is addictive, both of them feeding off each other’s energy, all the while separated by a computer screen. Gomez tells Onwauchi she sometimes gets stressed in the kitchen, but Onwauchi tells her his kitchen is a no-stress zone. A Selena + Chef first, Gomez gets Onwauchi’s digits, and they plan a dinner together for the following night. Season three of Selena + Chef is part cooking show, sprinkled with bits of talk show interviews, all with a dash of rom-com adorability.

In previous seasons, Gomez was all about accuracy. This season she can eyeball tablespoons of oil and cups of flour like the best of them. She has to deal with some #ChefProbs now, like killing live lobsters to make the previously mentioned seafood tower. However, with a crew of her friends, the ladies all rally together, and murder the lobsters in a boiling pot of water (fortunately those are the only murders in the kitchen). Gomez does it all while wearing Louis Vuitton slippers and silk shirts, with a post-quar blonde hair dye-job to boot. Gomez is living her best life in the kitchen in season three, and lucky for us we get to peek inside.

If you’re worried Gomez has surpassed relatability in the kitchen, fear not, as there are still the #GomezGoofs, like searching the entire kitchen for chickpeas, only to realize they’re also called garbanzo beans. She attempts to smash a garlic clove with a glass jar (Curry tells her it’s safer than using a knife), but Gomez ends up smashing the entire jar. There are narrow avoidances of setting a kitchen towel on fire, setting off the fire alarm when roasting vegetables, and almost forgetting to put the top of the blender back on before blitzing some salsa. The most relatable moment is perhaps when Gomez admits to Onwauchi that she doesn’t throw a lot of parties. Celebs, they’re just like us!

Season three of Selena + Chef is a fun, energetic ride as we emerge from our time of quarantine and head back into the world. So keep the #NoStress vibes and a pinch of confidence from Gomez, and settle in for a watch party with your best friends.

Season 3 of Selena + Chef is now available on HBO Max.