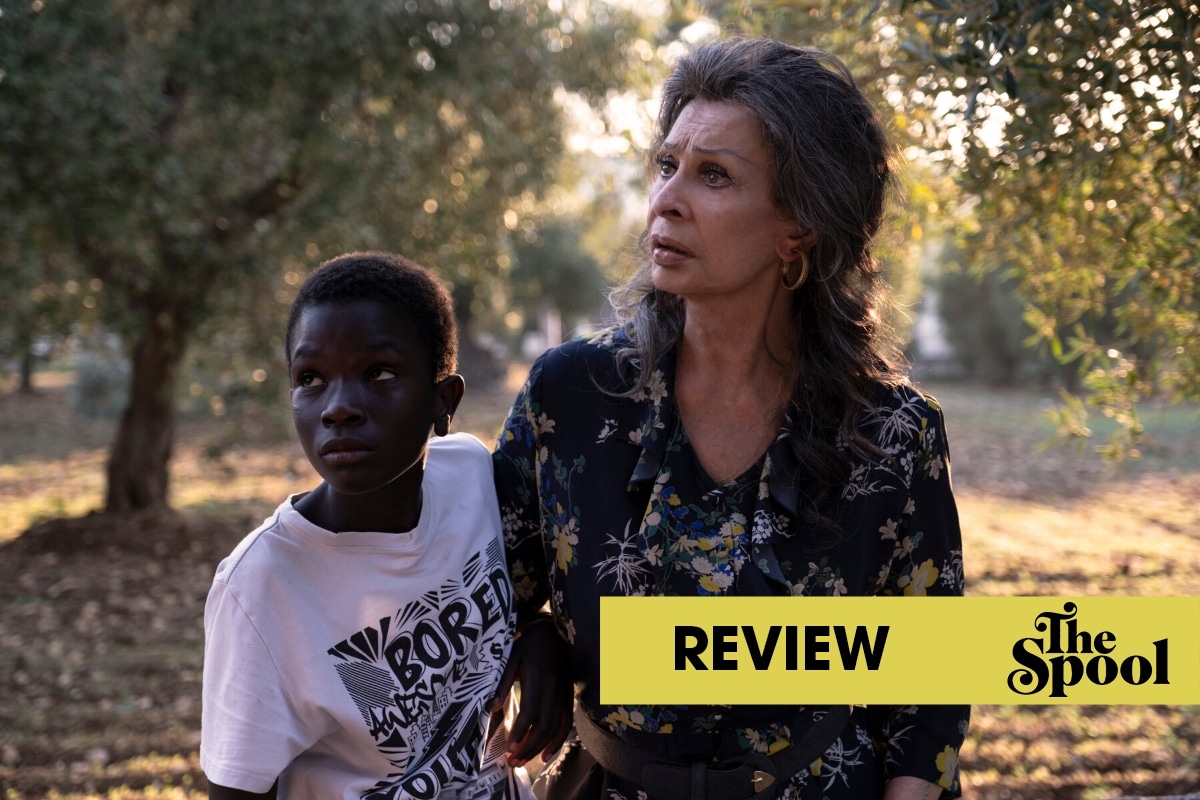 Edoardo Ponti’s adaptation of the 1975 novel The Life Before Us feels more than a little familiar, but stars a fantastic cast.

In Netflix’s latest original movie, The Life Ahead, director Edoardo Ponti adapts Romain Gary’s 1975 novel The Life Before Us. Relocating the story from Paris to Bari, Italy, Ponti retains the novel’s plot of an intergenerational friendship between Rosa, an aging Holocaust survivor, and Momo, a Senegalese immigrant who spends his days on the street. While he may have updated the setting and era, the film’s plot may feel a little familiar.

Madame Rosa (Sophia Loren, who is Ponti’s mother) and Momo’s (Ibrahima Gueye) paths first cross when the Momo steals a pair of candlesticks from Rosa. After this encounter, Rosa is surprised when her physician, Dr. Coen (Renato Carpentieri), returns the stolen goods and asks for a favor: can she watch Momo for a few weeks? Reluctantly, she agrees, and the two begin an uneasy cohabitation. Rosa’s house serves as an unofficial daycare for the children of sex workers, and Rosa makes room in an already crowded space for Momo. At first, Momo’s presence antagonizes the others who live in the apartment, as he fights with the other children and deals drugs for Ruspa (Massimiliano Rossi), a local Fagin-esque figure. Despite a rocky beginning, they realize both Rosa and Momo’s lives are shaped by past trauma: Rosa survived the Holocaust, and Momo’s mother was killed by her pimp, Momo’s father. As he and Rosa begin to open up with each other, however, they begin to care deeply for one another and let each other into their guarded inner worlds.

The Life Ahead’s greatest strength is in its actors. Sophia Loren is an icon, and naturally gives a great performance. She imbues Rosa with dignity and grace, the portrait of an older woman who, despite her hard life, still has an aura of glamor. Working with such a veteran actor, it’s even more impressive how much the younger star, Ibrahima Gueye, truly shines. At the young age of 14, the Senegalese-Italian actor gives Momo a rich depth of character; oscillating between youthful playfulness, warm-hearted care, and a steely exterior. In the supporting cast, Abril Zamora who plays Lola, Rosa’s neighbor, brings a joie de vivre to the screen that is infectious when she’s onscreen. Lola is a transwoman who embraces her current life, but is nervous about reconnecting with her father in Spain. Despite limited screen time, Zamora gives us more insight into her character’s story than many of the characters we spend more time with.

[Loren] imbues Rosa with dignity and grace, the portrait of an older woman who, despite her hard life, still has an aura of glamor.

The visuals by Maruizio Sabatini are sun-drenched vistas of Bari, and are a welcome sight for a reviewer about to enter winter in  Chicago. The film seems to have been shot almost entirely during the “magic hour,” and the Italian port city looks absolutely gorgeous with its ocean backdrop. There is still, however, a sense of grit and grime to the scenery. Gorgeous buildings are covered in graffiti, and there seems to be a patina of dirt on most things, mirroring the beautiful friendship between two damaged people.

The Life Ahead is both beautiful and has an amazing cast, what about the story? This is where the movie, while hardly failing, doesn’t break any new ground. The path of the film’s plot is well tread, and doesn’t miss a beat. A young street kid who is misunderstood. A reluctant adult who agrees to be their guardian. At first they don’t like each other. They open up to each other. They begin to care deeply for each other. It’s not a bad story, and the dialogue is well written, but there is very little outside the same well-worn stories we’ve seen in other movies.

What’s more interesting are aspects of the story on the script’s periphery. All of the characters are marked by being viewed as an outsider in their greater society: religious minorities, undocumented immigrants, sex workers, gender non-conforming people, and drug dealers. It’s never actually confirmed if Momo learns that Rosa was a Holocaust survivor, as the audience only knows due to her tattoo and allusions made by her and other characters. It’s also unclear if Rosa knows Momo’s backstory, that his mother was killed by his father. It feels like by making their unique stories the background rather than the foreground to Momo and Rosa’s relationship, the film is trying to highlight the universality of friendship. The end product, however, seems a little hollow, and had the script explored the specific situation of its characters, the plot could have made a greater impact.

The Life Ahead is a decent movie buoyed by its excellent cast. The plot won’t give you any deeper understanding of the human condition than any other similar story, but for those looking for a feel-good film, this is a good watch to warm the heart on a chilly Fall night.

The Life Ahead is now available on Netflix

The Life Ahead Trailer: