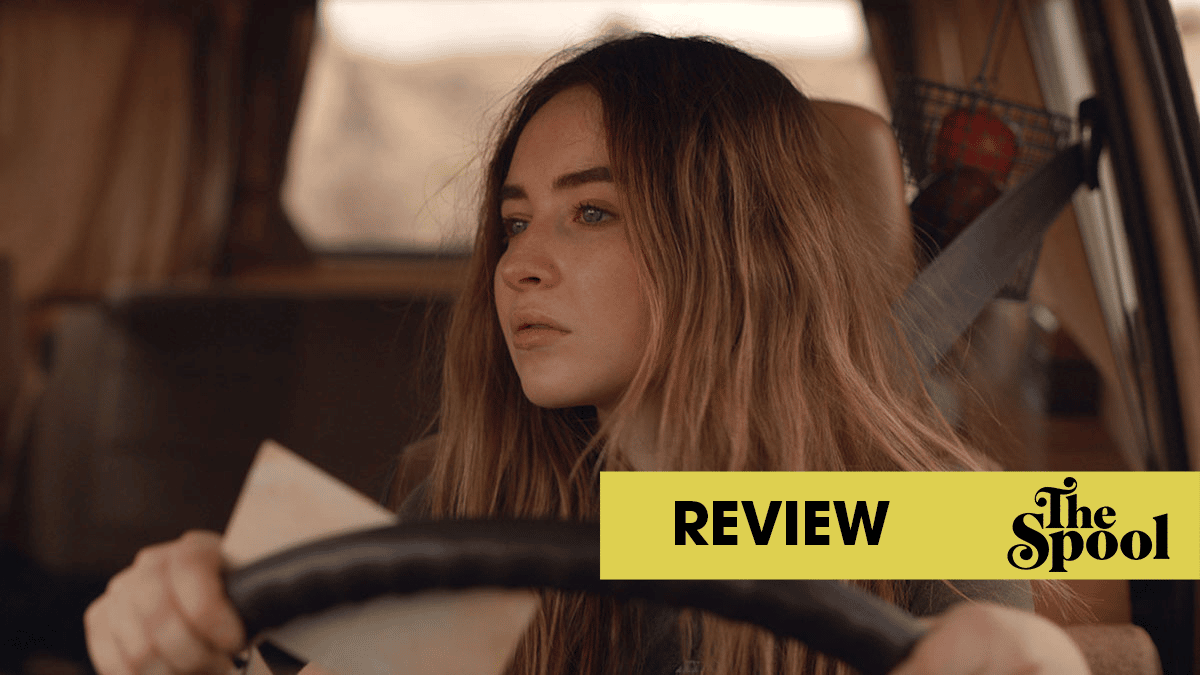 Ani Simon-Kennedy’s sophomore feature is a quiet, evocative trip, even if it doesn’t go as far as it could have.

What if your father was way too into Jack Kerouac? This is the problem that newly orphaned Nola faces in The Short History of the Long Road. A quiet drama about a young girl forced into the subculture of Van dwelling by her anarchist father, it’s beautifully shot while remaining shallow. Ani Simon-Kennedy’s sophomore feature is a competent melodrama, even though the film fails to travel deeply into answering the questions it asks.

The Short History of the Long Road positions itself as a star-making vehicle for Girl Meets World’s titular girl, Sabrina Carpenter. Carpenter plays Nola, a young girl primarily raised inside “The Hulk” a gorgeous ‘80s van by her father, Clint (Stephen Ogg). Carpenter works best in her scenes opposite Ogg; the pair falls into a fully realized father-daughter dynamic. It’s when Ogg exits the film that trouble starts. While mourning her onscreen father, Carpenter is competent in her portrayal of grief. Unfortunately, that portrayal doesn’t always make for compelling movie acting.

After Clint’s sudden death and the prospect of life in the foster care system awaiting her, Nola takes off in her father’s ancient van. An auto breakdown leads her into the employment of Miguel (Danny Trejo, who got a paycheck), a mechanic who fixes The Hulk in exchange for Nola’s help around his shop. Using this as a base in her search for her mother, the film gets to its thesis: That parents are inherently disappointing people. When Nola finally finds her mother, there is no explosion of emotion or sob story to tell. Simon-Kennedy’s script zeroes in on the one thing scarier than a deadbeat mom: one that doesn’t really want you around.

Ogg rises to the challenge of subverting the inherent menace of his most famous pop culture role, Grand Theft Auto V’s Trevor Phillips. Though his death occurs minutes into the movie, Ogg’s anti-establishment handyman hangs over every scene. Clint is undeniably a strange loser, but you buy that people are drawn to him and his way of thinking. Nola’s absent mother, Cheryl (Maggie Siff), is a different story. Siff is phenomenal to watch, outclassing her younger costar with a subdued, disinterested performance. Cheryl isn’t a heartless person or a sob story that Nola discovers. She’s just a person who didn’t have an interest in being a mother.

In a time where going outside is terrifying, that seductive quality remains powerful. Short History is worth the price of disappearing into that feeling for a while.

Simon-Kennedy veers her script and direction to the more pleasant side of melodrama, only allowing big emotions to erupt when they are warranted. But by refusing to dwell in the messy spaces, the film does itself a disservice. Ogg’s absence from much of the film prevents any deeper exploration of the way of life that the film seems so interested in. The van-dwelling lifestyle remains only a flavor instead of a fully fleshed-out part of the story.

If anything, The Short History of the Long Road is about freedom, and the pain that comes with maintaining that freedom. Nola explores the possibility of throwing down roots, but she ultimately can’t. The real success of Simon-Kennedy’s film is portraying the same seductive quality of the open road that Jack Kerouac spent 20 years being annoying about. In a time where going outside is terrifying, that seductive quality remains powerful. Short History is worth the price of disappearing into that feeling for a while.

The Short History of the Long Road is now on VOD.

The Short History of the Long Road Trailer: