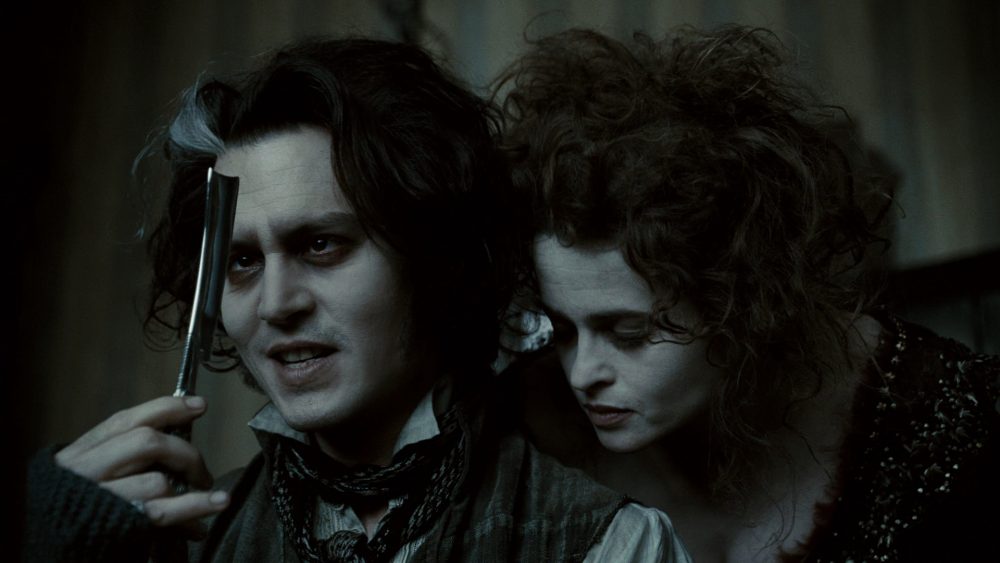 Burton’s adaptation of the Sondheim musical takes advantage of his natural Gothic taken in a much grimmer direction.

From the very beginning of his career, Tim Burton has attempted to master the art of marrying the whimsical and the macabre. And he’s done so with varying degrees of success; sweet and spooky fairy tales like Big Fish and Edward Scissorhands holds up to scrutiny, while a number of too-wacky-by-half adaptations don’t quite land. If nothing else, it’s easy to identify a Burton film: haunting imagery, tragic heroes, toe-tapping score courtesy of Danny Elfman, and, nine times out of ten, Johnny Depp in a silly hat. That’s what makes it so striking when Burton deviates from his norm and leans further in one direction than the other—as was the case with Sweeney Todd: The Demon Barber of Fleet Street, which put whimsy on hold and plunged straight into darkness.

I’ve never found adaptation to be Burton’s strong suit. There are exceptions to that rule, as with his Batman movies and the aforementioned Big Fish, but in general, Burton is at his best playing with entirely new ideas. That’s one of the reasons Sweeney Todd comes as such a shock. There’s not much room to deviate from the script with what’s very nearly a pure musical (and not that you’d want to anyway, not with StephenSondheim). And Burton is able to use that to his, and the movie’s, advantage: given less room to tinker with the dialogue and the story beats, he pours much more of his attention into building atmosphere—an atmosphere of bleakness, of creeping dread and grim victories that escalate to a fever pitch, then spectacularly crash and burn. But we’ll get to that later.

Sweeney Todd tells the story of barber Benjamin Barker (Depp, naturally), who loses everything—wife, child, and livelihood—after the crooked Judge Turpin (Alan Rickman) wrongfully convicts him for charges unknown. Years later, he returns home to London, adopts a new name, and re-enters the barbering business, murdering his customers and giving their remains to his accomplice Mrs. Lovett (Helena Bonham Carter) for use in her meat pies. His end goal is killing Turpin, but it takes time and several elaborate musical interludes to get there.


Not all Burton films end happily, but when Sweeney Todd came out, he’d never come close to tragedy before.

This being a film based on a theatrical production, there are supporting characters who become more important over the course of the movie—chiefly a bedraggled beggar woman whose true identity is Lucy Barber (Laura Michelle Kelly), the wife Sweeney believes to be dead; Johanna (Jayne Wisener), Todd’s daughter and Turpin’s ward; and Toby (Ed Sanders), who acts as a sort of apprentice for Todd and Lovett while remaining unaware of what his guardians are actually up to.

Sweeney Todd isn’t entirely devoid of silliness, but every light moment plunges into darkness before there’s time for the mood to lift. Sacha Baron Cohen’s Pirelli is downright comical—a con man with a put-on accent and an inkling of Todd’s true identity—but he’s also Todd’s first victim, as though the movie imposes a limit on silliness. “A Little Priest,” perhaps the musical’s best-known number, is laugh-out-loud funny, but it’s also definitively black comedy, a series of musings on what men of different professions might taste like.

Then there’s “By the Sea,” in which Mrs. Lovett paints a picture of how happy she and Sweeney could be if they escaped their relentlessly dreary corner of London. You’d be hard-pressed to not see some whimsy here; there are old-timey bathing suits and beach scenes and the chastest of kisses. But Todd has a sullen look on his face the whole time, reminding us that the reality of this movie has nothing to do with seaside vacations and everything to do with pain, suffering, and an endlessly gray landscape. The counterpoint of lightheartedness is there to remind the audience that it’s something Sweeney can never have in this life.

Ultimately, Sweeney gets the chance to cut Turpin’s throat, but given the rest of the final act, it’s a hollow victory. Immediately before he leads Turpin to his chair, the beggar woman—Todd’s wife, Lucy—witnesses the two of them together, and so Todd kills her. Then, after stabbing Turpin and slitting his throat, he discovers that Mrs. Lovett was aware of Lucy’s true identity, and so Todd kills her by shoving her into an oven. The film draws to a close when Toby, now aware of his guardian’s crimes, slits Todd’s throat, leaving Todd bleeding over Lucy.

Sweeney Todd ends in an almost utterly hopeless way. Sure, Johanna and her boyfriend, Anthony, make their escape, but literally everyone else we’ve met is either dead or Toby, who’s forever ruined by the experience. Not all Burton films end happily, but when Sweeney Todd came out, he’d never come close to tragedy before. That’s not the only reason the film is such a triumph for him, but it’s a key factor in its impact, and why it’s a standout in his filmography. Since Sweeney Todd, Burton hasn’t really gone back to the well of the purely macabre, which is a shame, because it’d be a treat—a slightly sour one, but a treat nonetheless. 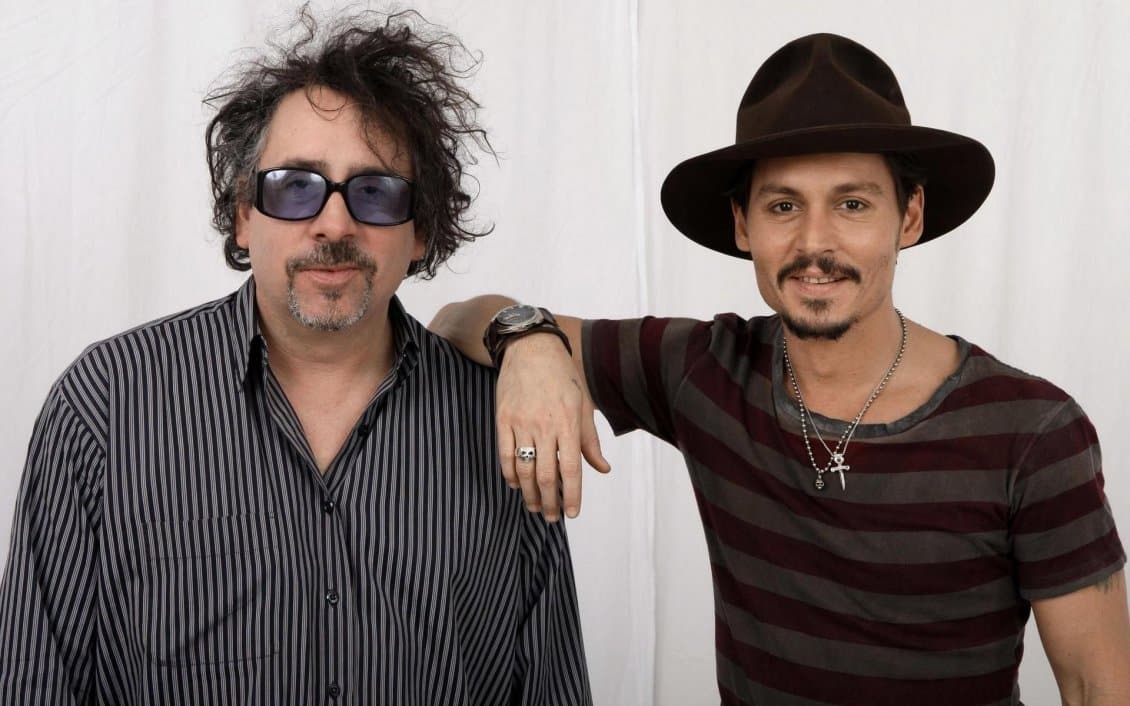 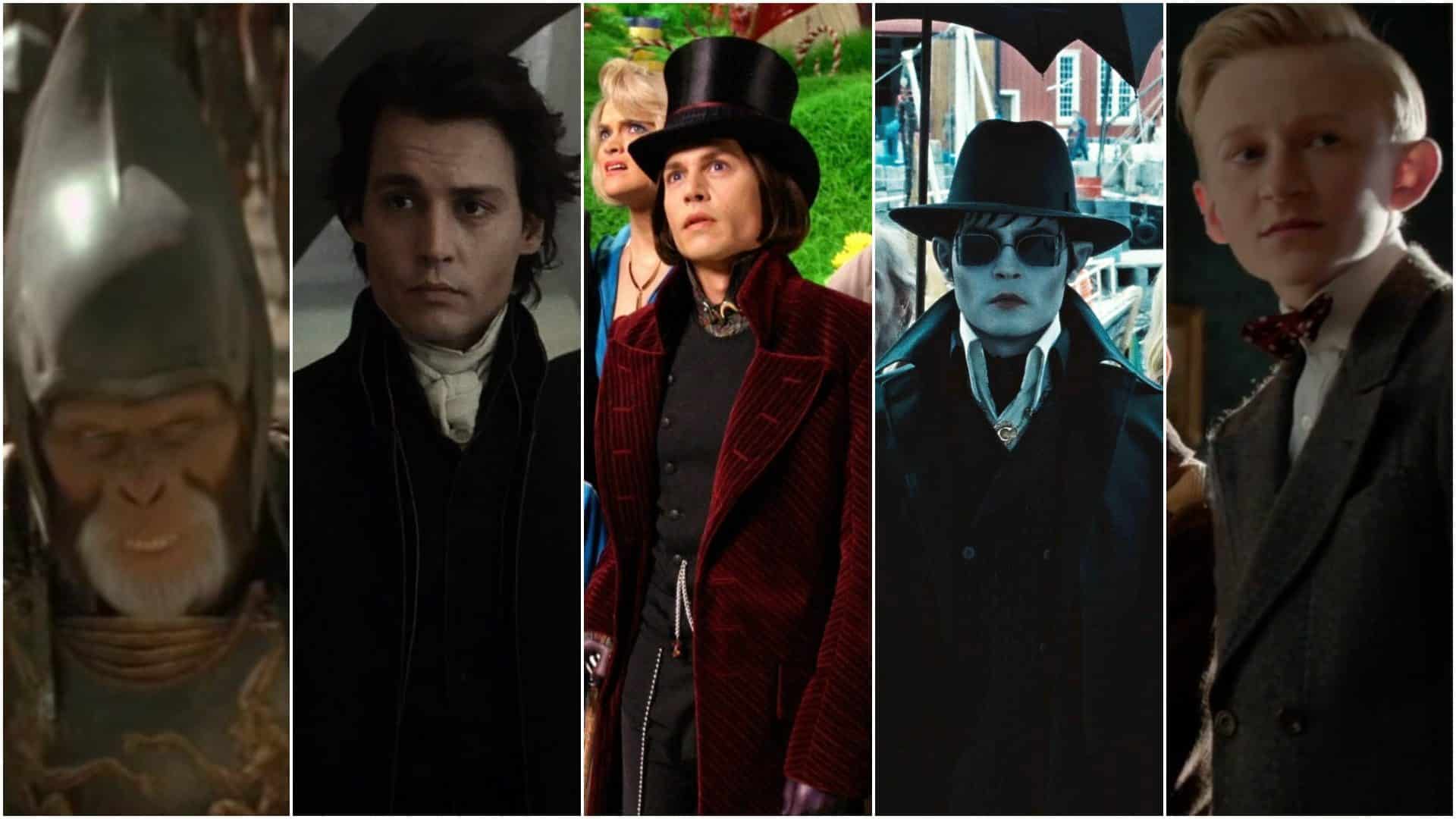 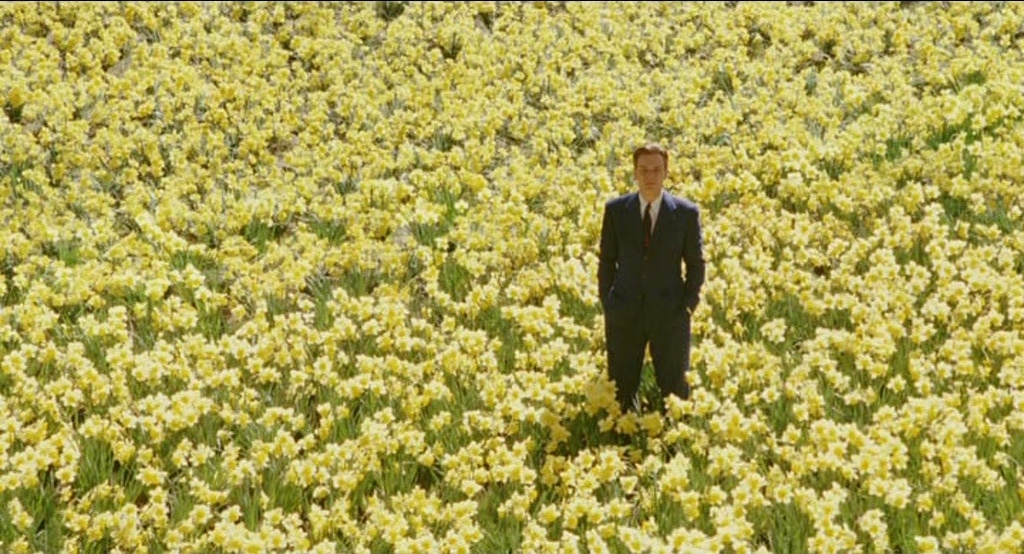