When it comes to directors adapting Stephen King, there may be none more faithful than Frank Darabont. Since 1984, Darabont has mined the works of King four times, each largely considered successful adaptations and all-around good movies in their own right. The Woman in the Room kicked off his career as a student, The Shawshank Redemption has become one of the most beloved films of all-time and The Green Mile cemented his status as a man who understood King’s work. But it may be 2007’s The Mist, a grim, nihilistic parable of society pushed to the brink that stands as Darabont’s ultimate contribution to the King canon.

Based on a novella in King’s Skeleton Crew collection, The Mist begins in turmoil. A violent storm rolls through a sleepy New England town reducing trees to twigs, bringing down powerlines and knocking out any kind of phone service. In the aftermath, David Drayton (Thomas Jane) his young son Billy (Nathan Gamble) and neighbor Brent Norton (Andre Braugher) head to the local supermarket for supplies along with most of the town’s residents. Meanwhile, a mysterious mist creeps into town bringing with it horrors that lie beyond human comprehension and imagination. The town’s residents are soon trapped within the market, forced to contend with both whatever waits for them outside and themselves.

Darabont approaches the material as a classic monster movie, originally intending the film to be shot in black and white. While he didn’t get his wish theatrically, the black and white “director’s cut” does thankfully appear on home media. The difference between the two versions is significant, with the black and white resulting in an atmosphere akin to a Friday night “creature feature” of days gone by.

The beings that lurk in the mist run the gamut of Lovecraftian beasties from giant spiked tentacles to dog-sized flies equipped with six-inch stingers, all of which Darabont shows off in their terrifying glory. In their fight for survival, townsfolk meet their untimely ends through stings, bisection, and immolation at the hands of the creatures. Others simply “opt out”, either out of grief, despair or a sense of guilt.  But the real horrors begin when the monsters are away.

As the stress of the situation begins to wear on the trapped townsfolk and their increasing encounters with the creatures of the mist frays their sanity, small tribes begin forming within the store. David’s neighbor Brent leads a coalition of skeptics who refuse to believe the monsters exist. Meanwhile, local religious zealot Mrs. Carmody (Marcia Gay Harden) preaches the gospel of the apocalypse to an increasing number of followers, claiming the mist is a punishment from the almighty themselves. David, framed as the lone voice of reason, sits somewhere in the middle hoping merely to save the life of his son.

While the entire cast is entirely believable as a group of ordinary people trapped in extraordinary circumstances, it’s Harden’s performance as Carmody that excites and unnerves. Her vitriolic sermons that gradually ensnare her congregation are powerfully delivered with genuine conviction and are both maddening and hypnotic.  This transition from crackpot to cleric is a prime example of how willing we are to follow anyone who promises salvation.

The real horrors begin when the monsters are away.

This breakdown of society is the true terror of The Mist. What was once an idyllic American town where everyone knows your name becomes mired in confusion and base instincts. While the creatures of the mist comprise the threat from without, Darabont spends most of his time on the threat from within, arguably the greater and more disturbing fear.

In this way, The Mist achieves more than just its visual throwback to the black and white horrors of Invasion of the Body Snatchers or Romero’s Night of the Living Dead. The film captures the same mistrust and social angst of its predecessors, calling into question the assumption that all people are basically good. For every act of compassion within the grocery store that imprisons the survivors, there are even greater acts of intolerable cruelty. The film posits that, given enough time, we will all compromise our values in favor of whatever sense of order we can maintain.

This all culminates in one of the most shocking endings in any film based on King’s work. The largest departure from the source material in a near page for page adaptation, The Mist takes its story to a much darker conclusion. While David is positioned throughout as a voice of reason, his actions in the film’s final moments pose a much darker truth: No matter how right we think we are, no matter how sure of what we believe, what lies beyond the mist of our own perception of others and ourselves is more terrible than anything we can possibly imagine. 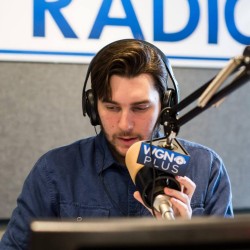 Latest posts by Tom Hush (see all)
Liked it? Take a second to support The Spool on Patreon!