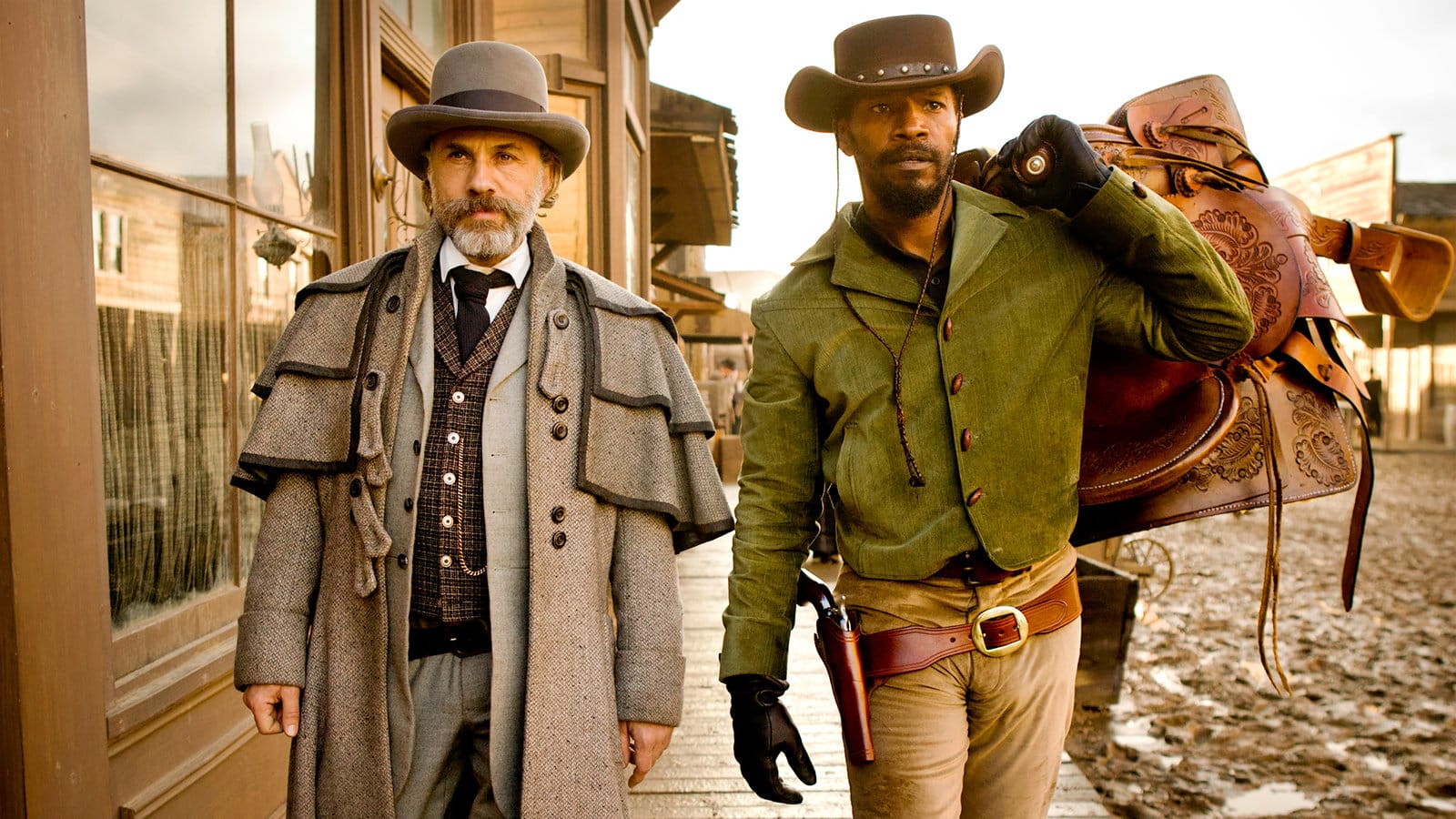 Django Unchained is more of the no-holds-barred filmmaking that has propelled Quentin Tarantino‘s celebrated status as a filmmaker into the stratosphere. But more importantly, it functions as one of the most savagely satisfying revenge films of all time. Diving into the antebellum South would also serve as worthwhile experimentation for Tarantino’s The Hateful Eight, which for its shortcomings is also the most poignant and mature piece from his body of work.ut if both movies prove anything, it’s that the writer/director knows how to pull off the daunting task of whipping up something playful and hip, while unflinchingly surrounded by horrific morality.

Of course, Tarantino kicked off his trilogy of historical fantasy revenge flicks by blowing Hitler’s brains to bits in Inglorious Basterds. But here with Django Unchained, he was stepping into territory that some argued he had no right entering, considering his ethnicity and less savory impulses.

Yes, Django Unchained contains well over 100 uses of the N-word (a creative decision that stars Jamie Foxx and Samuel L. Jackson have both passionately defended). Every one of its usages also stings. It never feels like Tarantino is having fun dropping the word, more so that his hip and violent vengeance epic is going to adhere to both raw reality and cartoonish logic wherever it fits. Why? Well, it’s a Tarantino movie; it would be sacrilege to tell him he can’t blur the lines, especially when this is the result.

Naturally, if the movie was a tonal mess failing to tell a captivating story, my stance would probably be flipped upside down. Sometimes, you just have to trust the filmmaker that can get pretty boy Leonardo DiCaprio to shed his Titanic heroism, charming good looks, and typical protagonist characteristics to play the vile Candieland slave plantation owner Calvin Candie. Forget the yellow teeth, repulsive smile, and his sickening enjoyment from Mandingo fighting, this is a human being so revoltingly racist he makes it a point to emphasize that the dessert cake is white.

Tarantino also plays some brilliant bait-and-switch, presenting Calvin’s house servant Stephen (Jackson, basically doing his best impression of Uncle Ruckus from The Boondocks, kissing so much ass you can’t help but hurt from laughing while simultaneously feeling bad for the guy) as the brains of the operation and real villain. Calvin may represent the very worst the South has to offer, but Stephen’s behavior is not exactly better for lying down and taking it, betraying his own race selfishly for his own safety.

Meanwhile, our hero Django, now a free man thanks to the help of dentist turned bounty hunter Dr. King Schultz (Christoph Waltz bringing a gentle warmth to the character while also subtly harboring a deep hatred for slave-owning practices) is on his way to rescue his German-speaking wife Broomhilda (Kerry Washington, admittedly not having much to do in the damsel in distress role). Sure, there will always be some upset at just who kills who at the end of this movie, but Tarantino knows the story he’s telling and exactly what he’s trying to say.

It never feels like Tarantino is having fun dropping the word, more so that his hip and violent vengeance epic is going to adhere to both raw reality and cartoonish logic wherever it fits.

As for the bloodshed, well, it’s definitively Tarantino. At one point, a shootout erupts during Candieland — bullets are flying, packets of fake blood are splattering everywhere, and Django is fighting for his damn life to save the person he loves the most in the world. And then a remix of a Tupac song kicks in (because it’s not a Tarantino movie without masterful anachronistic song selection), and before you know it you’re having an out-of-body experience, a heart-racing sequence built up by the preceding two hours of slowly-built tension. That scene still holds up today as one of the greatest action segments in cinematic history, just like Django Unchained holds up as one of Tarantino’s very best.

Foxx won an Oscar for Ray, but his display of pain, suffering, and swaggering machismo as Django deserved him some more awards love than he got. Waltz does a complete 180 from the personality of his first Tarantino character to great effect as well. But it’s DiCaprio who serves as Django’s real standout: the man cut his damn hand on some glass, kept acting, and improvised by smearing his own blood all over Washington’s face in what, by now, has to be one of Tarantino’s most iconic scenes. Maybe some will see it as a talent taking art too far; I see it as Tarantino somehow being able to bring out maximum dedication from everyone he works with.

On the surface, Django Unchained is your standard revenge fairy tale, but it has a mean streak that enhances every aspect of the experience. Equal parts electrifying and hard to watch, its joyously liberating ending (complete with a horse that does tricks!) sticks the explosive landing. 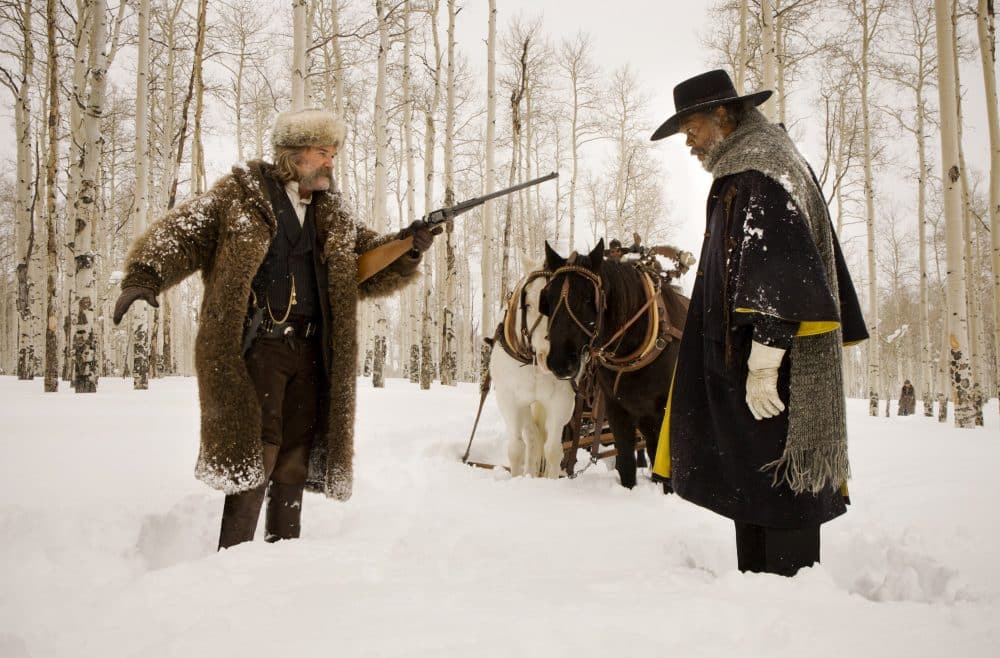 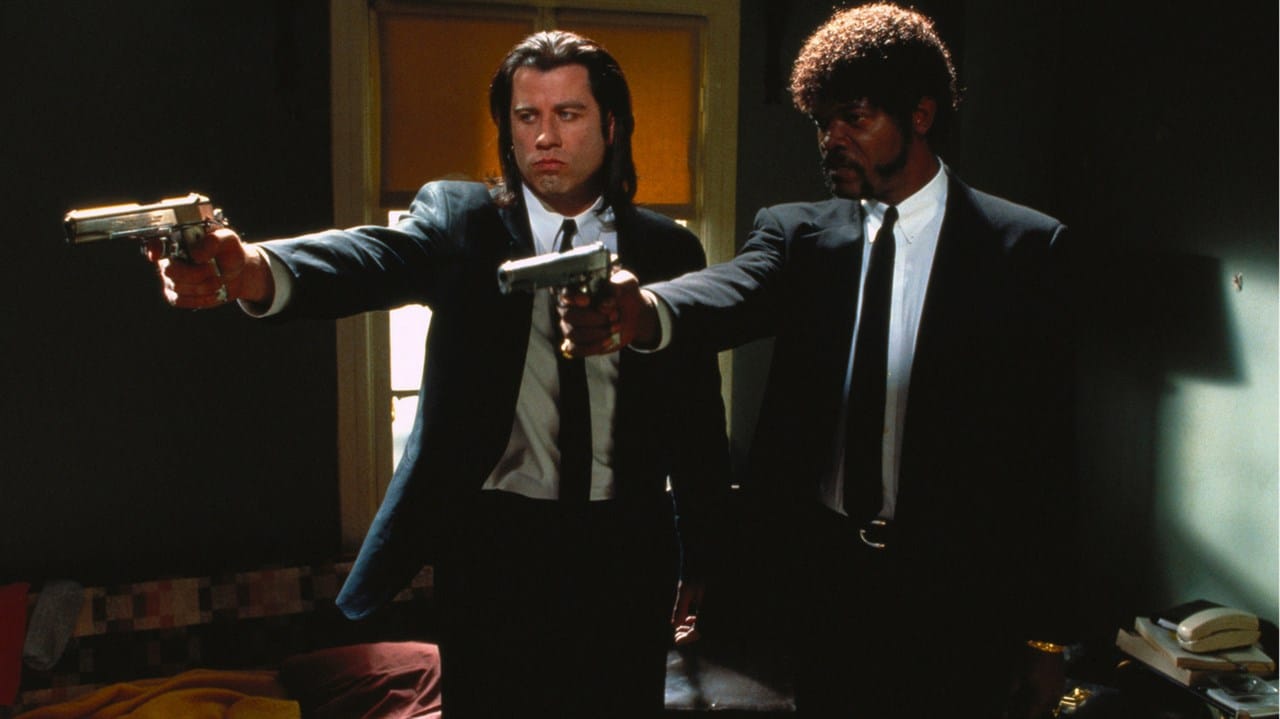