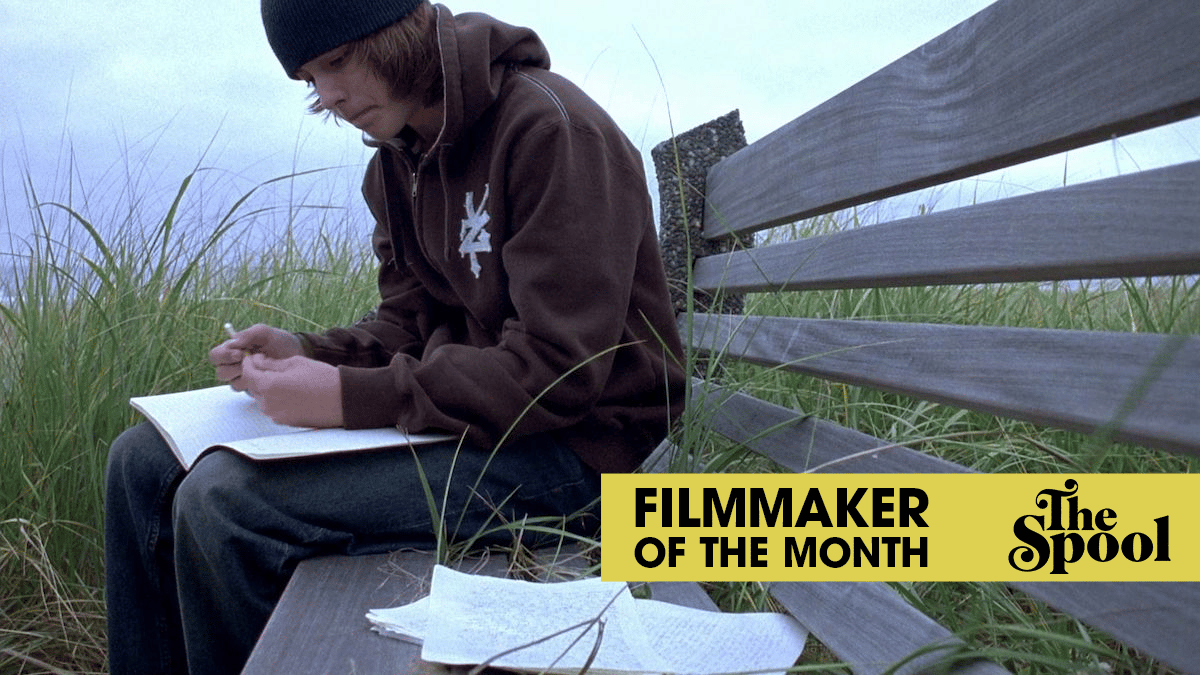 Alex (Gabe Nevins), the skateboarding protagonist of Gus Van Sant’s Paranoid Park, faces a host of challenges common in coming-of-age fiction. There are distant parents (Grace Carter and Jay Williamson) entangled in divorce, and there’s the peer pressure to have sex. When the 16-year-old finds himself involved in a man’s death, however, he’s forced to unpack his complicated emotional life in order to cope, setting the stage for this unostentatious arthouse drama.

Van Sant based his lean 33-page script for the film on Blake Nelson’s young adult novel of the same name. The film’s paucity of dialogue and exposition works, thanks in no small part to the efforts of cinematographers Christopher Doyle (who also worked with Van Sant on Psycho) and Rain Kathy Li. Paranoid Park looks gorgeous, shot in a mixture of 35mm and Super 8, the latter reserved for the film’s numerous skateboarding sequences.

Wide-angle camera work, patient tracking shots, and manipulated frame rates carve out beauty in the mundane and give ample latitude to the body language of the actors and movement of skateboarding extras. Those reoccurring, dreamlike scenes provide a fantasy refuge for the protagonist as he works through his anxiety. They also pay homage to the art of skateboarding and invoke the legacy of the DIY film culture that surrounds it.

The film unravels in non-chronological order, with Alex narrating the story in the form of a cathartic letter-writing exercise. “I’m writing this a little out of order. Sorry, I didn’t do so well in creative writing,” his voice-over narrative explains.

Alex reveals his preoccupation with Paranoid Park, an illegally constructed skatepark in Portland. He and his friend Jared talk about the place with the innocent reverence of the uninitiated. “Train hoppers, guitar punks, skate drunks, throwaway kids—no matter how bad your family life was, these guys had it much worse,” Alex haltingly writes, searching for the right words to mythologize the older teens and young adults who hang around. His starry-eyed projections betray his isolation and loneliness. He sits on the periphery looking in, stuck inside a chrysalis of adolescent insecurity, daydreaming to escape the unfortunate realities of his life.

One day the intercom rings during class, calling Alex for a one-on-one interview with Detective Lu (Daniel Liu), who is investigating the death of a security guard near the train tracks by the park. Connecting with local skateboarders to help with the case, the detective drills Alex for information about his whereabouts on the night in question, down to the specifics of what he had for dinner.

Alex recites his Subway order: “Turkey and ham on Italian herb and cheese bread, toasted; tomato, lettuce, pickle, olive, mustard, oil, and vinegar.” When Alex revisits that night in his narrative, the audience watches him order two burgers and a milkshake at a drive-thru. In this story, the teenage hero learns to use fiction as armor and lies to protect himself, even when it’s unnecessary.

Moving on from the mysterious incident at Paranoid Park, Alex’s narrative confronts sources of emotional stress in his life. He feels pressured by his girlfriend, Jennifer (Taylor Momsen), to have sex, and reveals that his younger brother (Dillon Hines) is so anxious about their parents’ pending divorce that he regurgitates his dinners. Van Sant steeps the viewer in Alex’s tense yet solitary world, building on the teenager’s creeping anxiety. The film’s measured tempo ultimately makes the grotesque spectacle at the heart of the protagonist’s malaise more difficult to stomach when it finally arrives.

On the fateful night, Alex visits Paranoid Park alone. He takes up his spot on the margins until a group of young adults approach him. Their presumably assumed names—Jolt (Brad Peterson), Paisley (Emma Nevins), and Scratch (Scott Green)—neatly align with Alex’s naive conception of Paranoid Park’s counter-cultural bona fides. After Scratch borrows Alex’s skateboard, he asks if he’d like to hop a train to get beer.

Self-actualization within his reach, Alex is ecstatic. “I didn’t know about the beer, but I really wanted to ride a freight train,” he innocently remembers.

The two jump on a train, only to attract the attention of a security guard (John Michael Burrowes), who runs after them, striking Scratch with a flashlight. Alex takes one swipe at the guard with his skateboard, knocking him backwards onto the parallel track and into the path of an oncoming train. Alex disembarks to find the guard severed in half, looking up in his dying moments. Scratch—the mythical friend of Alex’s dreams—bolts out of the frame, leaving the movie altogether.

Paranoid Park is a quiet, melancholy look at what happens when a young person’s expectations are crushed by the weight of reality. It breathes with life, uplifted by the performers and Van Sant’s tender approach to framing his subjects. In casting the film, Van Sant opted for real high schoolers rather than professional actors (a technique he developed for his school shooting tragedy Elephant). The film’s non-actors behave like authentic teenagers, equally vulgar and vulnerable. As the star, Gabe Nevins plays the part of Alex quite well, even if his muted shock occasionally fails to match the magnitude of events.

Van Sant augments the film’s realism by embracing the blemishes of teenage social life. Actors mumble unintelligibly on occasion and inarticulately grasp at the significance of their feelings and experiences. “I just feel, like, there’s, like, something outside of normal life. Outside of teachers, breakups, girlfriends. Like, right out there. Like, outside there’s like different levels of stuff,” Alex pitifully says to his friend Macy (Lauren McKinney), who—the audience learns toward the end of the film—encourages him to use writing as a means of processing his emotions.

[Alex] sits on the periphery looking in, stuck inside a chrysalis of adolescent insecurity, daydreaming to escape the unfortunate realities of his life.

The film ends on an ambiguous note. Alex burns his completed letter, having regained some agency by confronting his trauma. The final scene shows Alex dozing off in class before cutting to a final skateboarding reverie. Catharsis aside, he’s left to harbor a painful secret alone, a gloomy introduction to the trials of adulthood.

However, when placed within a larger context, this story also illustrates white privilege in the United States’ criminal justice system. Alex escapes the attention of the authorities despite his awkward responses to their questions. Detective Lu even catches Alex lying, but chalks it up to kids being kids. Could be luck. But it’s probably selective policing.

Van Sant’s embrace of small budget story-telling is genuinely cool. The fact that Milk—with its $20 million budget and Sean Penn-helmed cast—came out the following year boggles the mind. Paranoid Park ably accomplishes what it sets out to do, offering an emotive and atmospheric ride within its pleasantly modest scope.