Spike Lee is best known for his intense provocations on race relations in the U.S. – Do the Right Thing, Bamboozled, and BlackKklansman in particular – that it can be easy to forget what a strong genre stylist he is, and how even films like Clockers and Inside Man are loaded with fraught relationships of New Yorkers living under the harsh, uncaring thumbs of Giuliani and Bloomberg.

Produced by Martin Scorsese (who was originally slated to direct), Clockers is adapted from Richard Price’s novel, with a script co-written by him and Lee. It perfectly blends Price’s ear for natural-sounding dialogue – loaded with epithets as it may be – and Lee’s confrontational racial themes. Both men possess a deep empathy for even their harshest characters.

Our introduction to Strike (Mekhi Phifer, in his debut role) and his crew of “clockers” (low-level drug dealers) presages The Wire’s look at the lives of all aspects of the drug trade, without simple divisions of “good” and “evil.” The cops, slingers and addicts all have light and dark aspects to them.

And these contradictions are everywhere. There’s Strike, a crack dealer who has good intentions, and his brother Victor (Isaiah Washington), a hard-working husband and father of two who harbors dark thoughts. And there’s André (Keith David), a cop who serves as the de facto protector of the Brooklyn projects where the story centers. Still, he’s prone to violence and part of the same brotherhood that harasses and beats African-Americans daily. Contrast him with Rodney (Delroy Lindo), the drug lord pumping his neighborhood with crack cocaine. He’s also a business owner who gives kids a safe place to hang out while school’s out, yet is simultaneously training them to become the next generation of clockers. And he can also turn violent on a dime, to chilling effect.

The central mystery of Clockers is the slaying of Darryl (Steve White), the manager of a fast food joint called Ahab’s. That’s no coincidence, as Detective Rocco Klein (Harvey Keitel) assumes the role of captain, with the murderer his white whale.

What’s so great about watching Spike Lee over the years, particularly his New York-set films, is you get a picture of an America that’s rapidly changing, yet still frustratingly, agonizingly stuck in the past when it comes to race relations. Strike and his crew are routinely stopped and frisked. Jo-Jo (Michael Imperioli) even announces during one patdown, “Dinkins out, Rudy in. Law and order. Cut the budget. Party’s over. Crackdown on drugs, crime,” then a list several derogatory names for different minorities and vulnerable communities. As was the case in real life, this type of racial profiling resulted in no arrests, but served mainly to reinforce a racial hierarchy.

This is all part of a lineage in Lee’s films, from the cops who kill Radio Raheem in Do the Right Thing, then bail as soon as riots start as a result of their actions. Like the chokehold, the stop-and-frisk wasn’t official NYPD policy at the time, yet the officers who use these heinous methods rarely face repercussions and are sometimes even encouraged to use them. Lee told the late David Carr at Sundance in 2012 that these cops are still on the force in Clockers, continuing to “protect and serve.”

In Inside Man, cops detaining a bank employee (Waris Ahluwalia) they suspect is involved in the ongoing heist, rip off his turban and call him an ethnic slur. There’s an extra dig at their absurd bigotry when one utters, “Oh, shit, an Arab!” “I’m a Sikh,” he corrects them. When speaking with the authorities after the incident, the officer-in-charge (Willem Dafoe) dismisses him with a condescending, “I didn’t hear that.”

The detectives and patrolmen are more fleshed out in those films than in BlackKklansman, which cranks up the vitriol to such a point that the racist officers seem to exist solely for extra menace and a cheap feel-good ending when they’re fired from the department. It rings a bit false there, as opposed to the unresolved anger in Clockers.

What’s so great about watching Spike Lee over the years, particularly his New York-set films, is you get a picture of an America that’s rapidly changing, yet still frustratingly, agonizingly stuck in the past when it comes to race relations.

Clockers also uses many of Lee’s favorite elements. A kid – using a Sega VR, which never actually hit the home market in the U.S. – plays a game called Gangsta, which allows players to “cap” other players. The garish animation shows a kid on a bike shooting another character, a scene that would be echoed for real later in the film. Lee has been critical of violence in video games. When promoting Inside Man, which features a knock-off of Grand Theft Auto, he told the Guardian, “I just hope people understand that it is an absolute statement about my horror at how violent these games that young kids play are.”

There are also multiple references to Da Bomb malt liquor, which Lee’s own character Chucky is frequently chugging. The drink pops up again in Bamboozled. Both films feature ads for Da Bomb, using extreme African-American stereotypes in order to defang them and call out the white executives who continue to use them.

And Lee uses real-life horror too. Real crime scene photos run over the opening credits, a devastating portent of what’s to come. In contrast with the over-the-top violence in the pixelated world of Gangsta, Lee uses the traumatic images to underscore what real guns do to real people. In his review of the film, Roger Ebert commented, “Sprawled on the pavement, their blood staining the concrete, they seem to have been halted in mid-flight, astonished by the fact of sudden death.” There is no restart for these fallen, giving the death of Darryl added weight. He’s been introduced as a drug dealer, thief and kind of an asshole, but he’s still a real person gone too soon.

Lee also used real violence to end BlackKklansman. Taking news footage of the protests in Charlottesville, Virginia, in August 2017 that ended in unspeakable violence, he places his film and the real-life events on a continuum that speak to one another. Racist rhetoric and policies from politicians, law enforcement and popular culture coalesce into tragedy with devastating consequences.

That’s true of Clockers, one of Lee’s most underrated films. It’s built around a compelling mystery and delivers on another level thanks to terrific performances and a sharp script, while also serving as a perfect time capsule of mid-90s New York. But it fits in perfectly with Lee’s filmography. His themes continue to resonate because even if the location, players and technology change, the devastating forces of death and racism are always there. 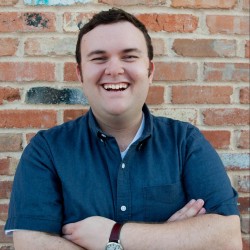