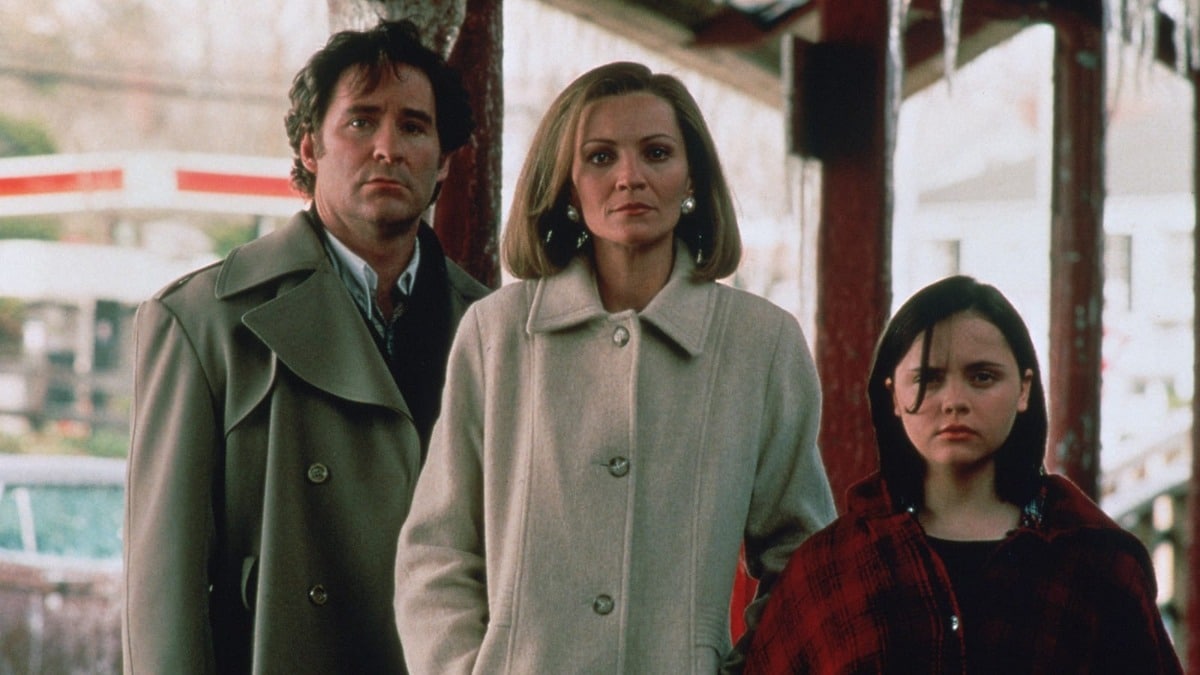 Though the problems of bored wealthy white people don’t amount to a hill of beans in the grand scheme of things, a startling amount of TV and film is still devoted to them. Where at one time they were supposed to be relatable and earn sympathy from the viewer, now there seems to be some sadism in their depiction, where the audience is meant to enjoy it. It always seems to come down to the same thing: what do these people have to be so unhappy about? How much of their problems are their own doing, and could be simply resolved instead of just whining about them? Being “trapped” for these characters isn’t the same as it is for everyone else.

Rewatching Ang Lee‘s The Ice Storm from a 21st century perspective, you’d expect to come away from it with the same “oh, cry me a river” attitude. Yet, despite its relentlessly bleak tone and crushing ending, it remains an empathetic look at a strange time in American culture when the world seemed to be changing so fast that people, adults and children alike, simply fell between the cracks, unable to keep up. What the characters go through may not necessarily be familiar, but the sense of feeling despondent and frozen into place certainly is.

The Ice Storm, based on Rick Moody’s novel of the same name, takes place over Thanksgiving weekend, 1973, in upper class New Canaan, Connecticut. The Carvers and the Hoods have been neighbors for years, raising children all around the same age, and presumably were friends at some point. But a chill has set between them, partially because people change and that’s how things go sometimes, but mostly because Ben Hood (Kevin Kline) has been having an ongoing affair with Janey Carver (Sigourney Weaver).

Though Ben thinks he’s keeping things on the down low, his wife Elena (Joan Allen) is well aware of what’s going on, and, rather than demand that the affair end, buries herself in self-help programs and church, biding her time until Ben asks for a divorce. Whether Janey’s husband, Jim (Jamey Sheridan), knows is unclear, but surely he must know something is amiss. Part of the draw of having an affair is the idea that we’re getting away with something, that all that sneaking around is very exciting and romantic. But the truth is most of us are very bad at lying, and even worse at covering our tracks when we’re doing something we’re not supposed to be doing. We are, in the end, only fooling ourselves.

Not only is Ben fooling himself into thinking Elena doesn’t know what’s happening, he’s also fooling himself into thinking that he and Janey are two lonely souls who are finding comfort in each other’s company, even if that “comfort” is just once-weekly sex whenever they can carve away the time. It’s possible he’s even in love with her, a little bit at least, even though when the sex is done she’s all but pushing him out the door. Janey’s mostly there because she’s bored, and when Ben complains about his job to her she shuts him down with a curt “I have a husband. I don’t particularly feel the need for another one.”

Everyone is in desperate need of counseling, and that includes their children. Ben and Elena’s oldest child, Paul (Tobey Maguire), home from boarding school for the weekend, endures an uncomfortable evening in Manhattan with his rich girl crush Libbets (Katie Holmes) and his obnoxious roommate, who also likes her. Their 13 year-old daughter, Wendy (Christina Ricci), with the same sort of eerie detachedness as Janey, engages in sexual experimentation with Janey and Jim’s sons, space cadet Mikey (Elijah Wood) and awkward introvert Sandy (Adam Hann-Byrd)..

All of them are floundering in a period of time when the concept of free love and sexual liberation was making its way into polite suburban society. Couples were encouraged to spice up unhappy marriages by engaging in swinging or wife swapping, with the idea being that you could simply walk away from it afterwards with no long-term effects on your relationship. It’s just sex, after all. It was a strange period where a woman feared being perceived as “frigid,” but having too much sex was also frowned upon (men, of course, were excused for such things with “it’s in their nature to cheat” nonsense, which you still hear today). Janey and Elena are on opposite sides of this “damned if you do, damned if you don’t” situation, and react to it by doubling down, with Elena becoming more pious and judgmental, and Janey more distant and indifferent.

Things come to a head when both couples are invited to an adults-only get together, which turns out to be a key party. Key parties, for those of you unfamiliar with such a thoroughly horrifying concept, was a (thankfully brief) fad in the early 70s, turning partner swapping into a game involving car keys in a bowl. It’s extremely unlikely that any struggling marriage was ever saved by attending a key party, and, indeed, the party here marks a distinct turning point for both the Hoods, and the Carvers. Ben, already drunk, is shocked and hurt when Janey blithely chooses another man to partner up with. He makes an ass out of himself, falling down and spending the rest of the evening hiding in the bathroom, chosen by no one.

The evening doesn’t go any better for Elena, who’s there under duress and disgusted by the whole thing. She’s further appalled to see that even her young, perhaps a little too hip pastor is at the party, and tells her “Sometimes the shepherd needs the comfort of the sheep.” With Ben locked away in another room feeling sorry for himself, the only unoccupied man left at the party is Jim, who’s nice but kind of a drip, and they both immediately regret their quick, clumsy sexual encounter in his car. Only Janey seems to be able to come away from these things unscathed, or so it seems, but even she returns home from the party the next morning looking less satisfied than empty and exhausted, going directly to bed alone still wearing her clothes from the night before.

While the adults are absorbed in their own little dramas, Wendy and Sandy spend the night together, also drawn together by little else than boredom and loneliness. Mikey, perhaps the only person in this entire situation who doesn’t seem to have a care in the world, sneaks out to walk around outside in the titular ice storm, and is accidentally killed. Like a glass of cold water to the face, this puts a swift end to all the adults’ self-pitying. Ben, who finds Mikey’s body while driving home from the party and returns him to a devastated Jim, breaks down and sobs while picking up Paul from the train station, as Elena comforts him and Paul looks on in puzzlement, unaware of what’s happened.

Elena’s gentleness in this moment, looking past her own pain and resentment, is perhaps a hopeful sign that things can be turned around for them. Maybe there’s still enough love and compassion left to save their marriage. Neither of them are bad people so much as lazy and unwilling to accept that working things out requires effort on both of their parts. It seems as though, up to a point, they both would rather wait till the other one pulls the pin blowing up the whole thing, rather than admit out loud that something’s wrong.

And now, measured against the death of a child, suddenly their problems seem impossibly, ridiculously small.

With the acerbic humor of the book toned down in James Schamus’s script, the characters in The Ice Storm become more human and sympathetic. At no point when watching it do you think that any of them deserve what happens to them. Yes, Ben is a fool for thinking that what he and Janey have is special, but how many of us have gotten emotionally tangled up with someone and discovered that we mean less to them than they do to us? Yes, it’s bizarre that Elena would rather just simmer with resentment and wind herself up even tighter than confront Ben over his infidelity (and it almost seems like he wishes she would, just to see what happens), but she’s a stubborn woman. If Ben is so unhappy he can be a man and tell her himself, They’re both caught up in a strange, toxic mix of passiveness and obstinance. But that doesn’t mean they don’t love each other anymore.

As for Jim and Janey, they may very well be beyond saving. Jim is even more passive than Ben, and Janey remains a cipher through the very end. They’re separated even when it’s discovered what happened to Mikey, and we never see how Janey reacts to the news. She seems like a cold customer, unwilling to soften and show emotion for anyone, but even she earns our sympathy, left alone in her bed, no one even aware that she’s there, asleep, unaware that her world has just fallen apart, as the rest of the world outside remains silent, trapped in ice, caught in time. 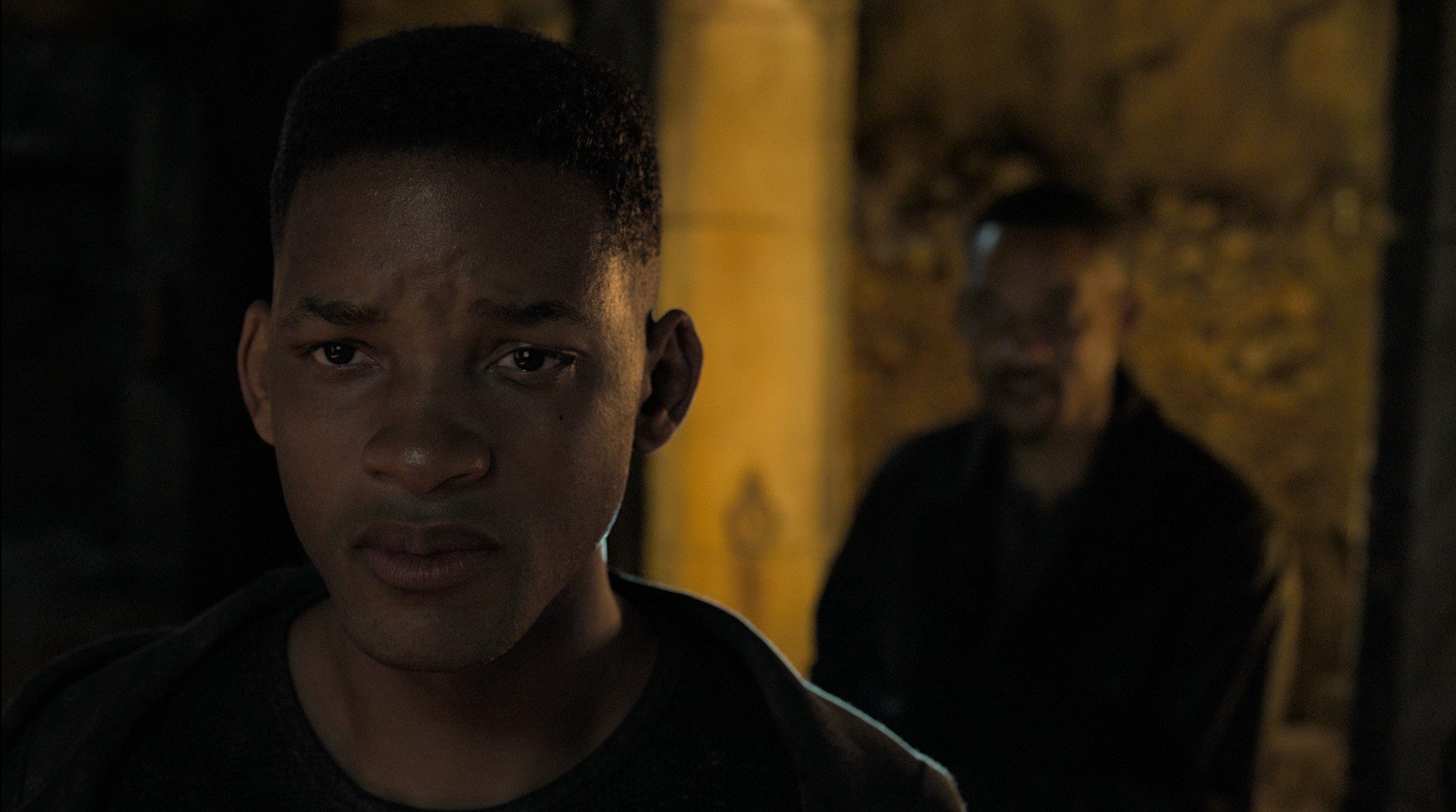 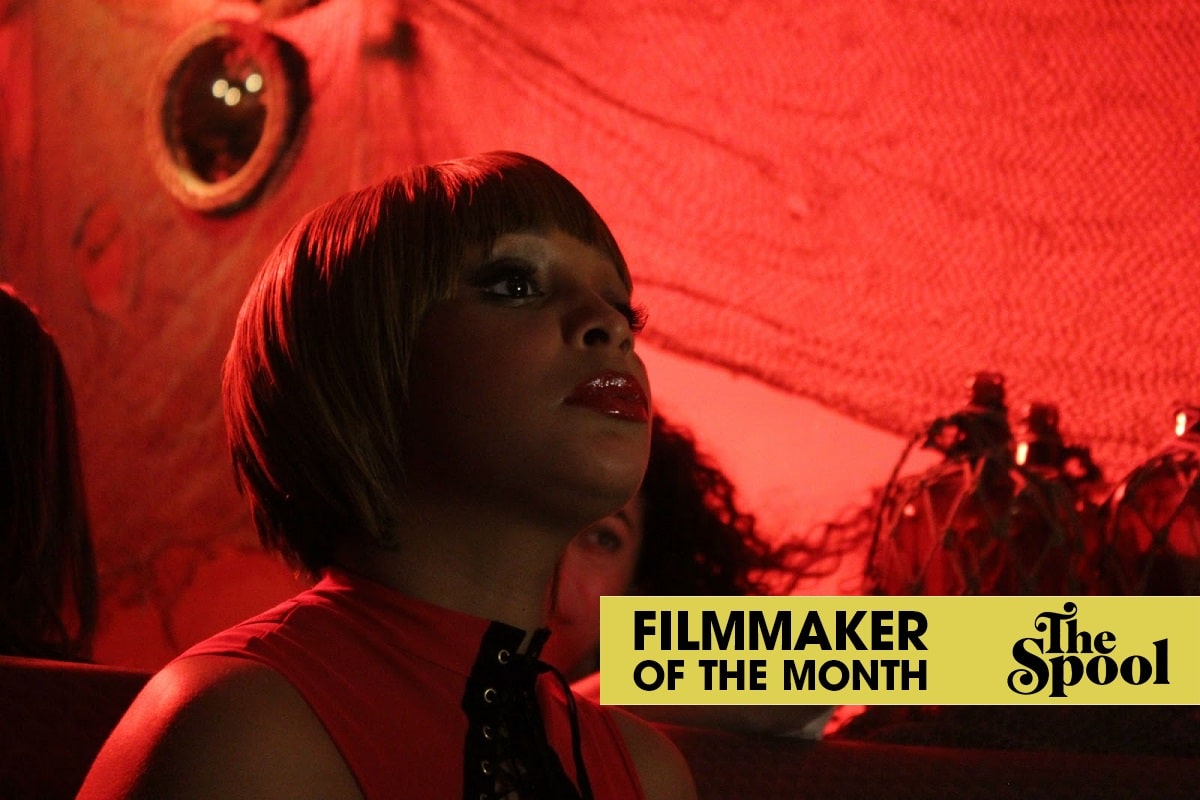